Accessibility links
Congress Is On Pace To Be The Least Productive Ever From gun control and immigration overhaul to changes to taxes and entitlements, 2013 seemed like a year when big things could be accomplished in Congress. Whatever the cause of the logjam, big-ticket items that once seemed possible at the beginning of the year fell by the wayside. 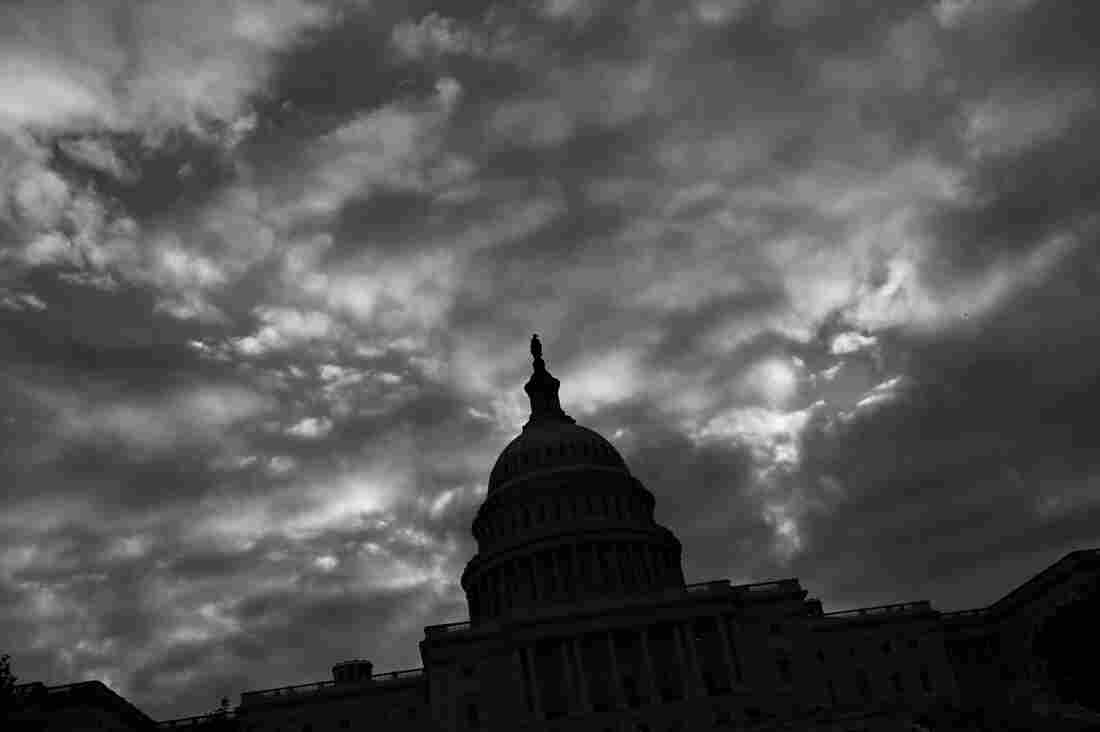 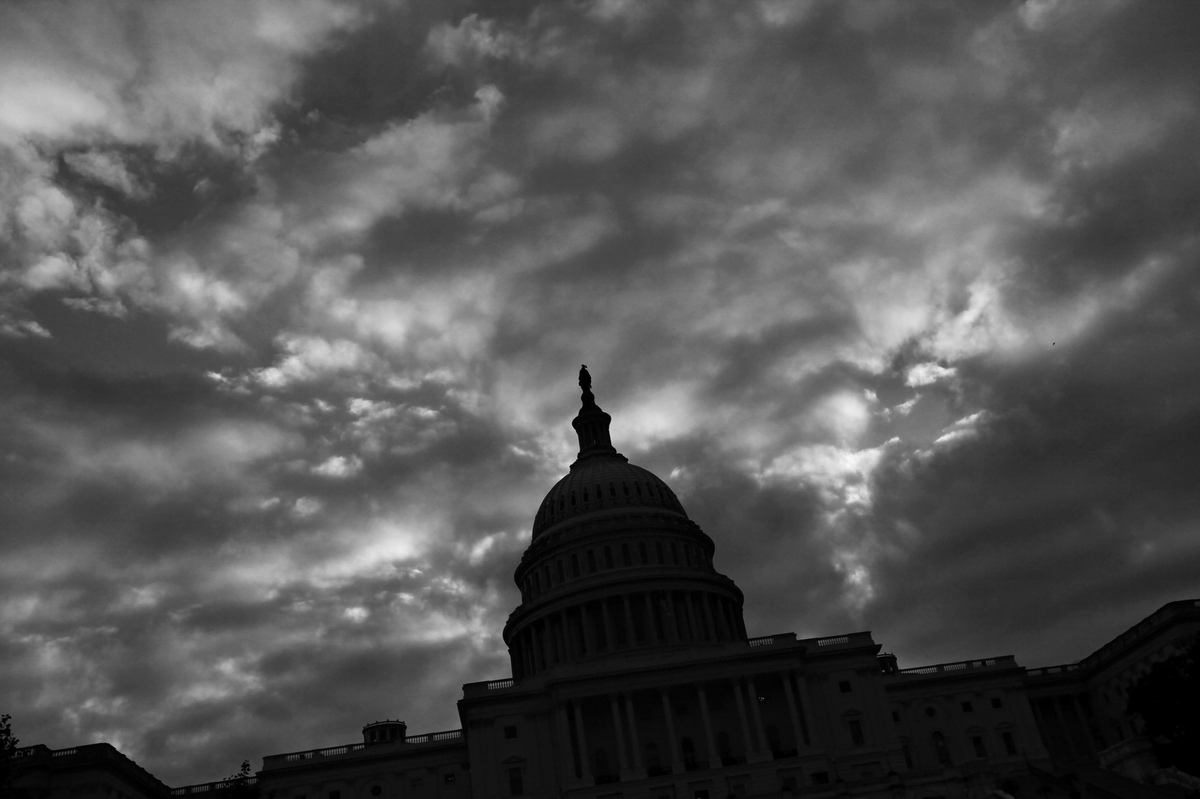 The Capitol in Washington, D.C., seen on a cloudy day two weeks into the partial government shutdown.

We're only at halftime for the 113th Congress, but if current trends hold, it's well on track to being the least productive lawmaking effort in the nation's history.

During this Congress' first yearlong session, just 58 bills became law — and many that did were about naming post offices or transferring federal lands. In fact, the most memorable act of Congress this year may well have been its failure to act in time to avoid a government shutdown.

President Obama began the year, and his second term in the White House, with high hopes for moving his agenda through Congress. But by the time he held his last news conference of the year Friday, he was clearly disappointed with the results.

"If I look at this past year, there are areas where there obviously have been some frustrations, where I wish Congress had moved more aggressively," Obama said.

His list of irritations with legislative logjams started, he said, with Congress' failed effort early this year to tighten gun laws after the shooting massacre of first-graders in Newtown, Conn.

But gun control ended up being just one item on what is a long list of big-ticket items that couldn't get past Congress' gridlock, says Sarah Binder, a Congressional expert at the Brookings Institution.

A Litany Of Failures, No Consensus On Blame

Much was expected of this first session of the 113th Congress, Binder says, but little has been delivered.

"Whether it's immigration reform, tax reform, entitlement reform, postal service reform, climate change, the farm bill — there are all sorts of issues that have been talked about," Binder says. "But at the end of 2013, we have all these issues that are ending in deadlock."

And why would that be? Theories vary by political party.

For South Dakota Republican Sen. John Thune, the problem is a divided government. "You've got a Republican House, a Democrat Senate and a Democrat president for the first time, I believe, since 1859," Thune says, so "it's going to be complicated to navigate that to start with."

Missouri Democrat Sen. Claire McCaskill says Congress' low productivity stems from a lack of willing dealmakers. "You've got an atrophy of the middle, a cannibalization of the middle, and people are worried about their right flank if they're Republicans, some Democrats are worried about their left flank if they're Democrats, and the way this place works is by people hanging out in the middle and forging compromise."

Tension From Day One

The year started with a cliffhanger deal on New Year's Day that kept taxes from rising for all but the wealthiest taxpayers.

That same day, Oklahoma House Republican Tom Cole said Republicans were done making concessions to Democrats: "[If] you want to have a spending fight, you're not going to have to wait very long — it's coming."

The fight was initially over getting the Democratic-led Senate to pass a budget, something it had not done in years. House Republicans passed legislation docking the pay of lawmakers who failed to pass a budget. House Speaker John Boehner led the charge by saying, "It's real simple: no budget, no pay."

The Senate did pass a budget — but Republicans then refused to let it be reconciled with the House Budget. In July, Speaker Boehner was asked on CBS why Congress was getting so little done. He offered a novel defense.

Boehner let the Tea Party faction of his caucus lead efforts to block funding for the Affordable Care Act, which led to a government shutdown that backfired politically on Republicans.

A Change Of Tune

When a bipartisan budget got hammered out this month that avoided more shutdowns, the speaker of the House swung his support behind it; he also heaped ridicule on conservative groups that fought for the shutdown knowing it could not stop the Affordable Care Act — emphatically issuing a now-infamous "are you kidding me?"

This past week, House Republicans put out an ad that portrayed them as eagerly passing one bill after another — on energy, education, agriculture and health care. It was narrated by the same Speaker Boehner who five months earlier had asked that they be judged by the number of bills they repeal.

"Senate Democrats are standing in the way," the speaker says in the ad. "President Obama is just standing on the sidelines. Mr. President, what are you waiting for?"

Last Thursday, Harry Reid, the leader of Senate Democrats, was asked about what's being called the least productive Congress ever.

"I wish I had a magic wand to say I know things'll be better," Reid said. "I hope they will be. And I think people want it to happen."

That night, Reid was hospitalized and later released. The diagnosis, according to his staff, was exhaustion.