Accessibility links
A Christian Musician With More Questions Than Answers Josh Garrels says his music tries to "peel back layers" of what it means to be a Christian. He says he's given away 153,000 digital copies of his breakout album, Love & War & The Sea in Between. 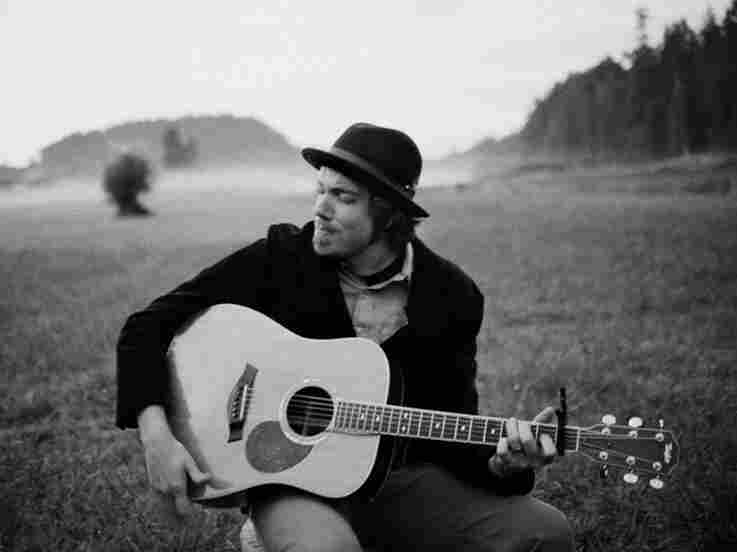 In his music, Josh Garrels says, he tries to "peel back layers" of what it means to be a Christian. Sasha Arutyunova/Courtesy of the artist hide caption 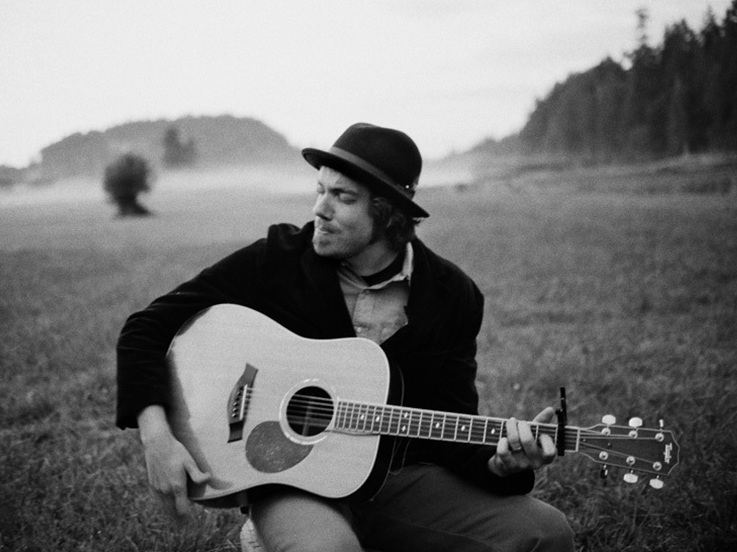 In his music, Josh Garrels says, he tries to "peel back layers" of what it means to be a Christian.

Sasha Arutyunova/Courtesy of the artist

There's an inside joke among some who sneer at contemporary Christian music: "Jesus Per Minute." How often does the artist say Jesus' name?

Last year, Christianity Today magazine named Josh Garrels' Love & War & The Sea in Between its album of the year. In 66 minutes, Garrels mentions Jesus exactly once. The album is a lyrical, haunting exploration of what it means to be a Christian.

Garrels, a 33-year-old former skate punk who says he sold drugs in high school, lives in Portland, Ore., with his wife and three young children. His music has earned him an adoring following. He's been courted repeatedly by what's known as CCM — the contemporary Christian music industry — and he always declines.

"The music I make doesn't tend to go there all that often, like, just in awe of God," Garrels says. "More my music, I would say, is trying to peel back layers and find out where is God in the midst of this city that I live in, and this marriage I'm in, and these things that are going wrong and these things that are going right. Does that make sense?"

He says he's comfortable performing on both sides of the sacred-secular divide: One night, the youth ministers are clapping; the next night, the bartenders are giving him high-fives.

"There are movements within postmodern Christianity that are saying these lines between sacred and secular are false constructs," says Christian Piatt, a blogger and author in Portland who writes about faith and pop culture. "They don't really exist. And, therefore, we don't have to choose whether or not we're going to listen to U2 or Amy Grant, or Josh Garrels or The Avett Brothers. I can have them all on the same rotation in my music and not consider myself an apostate or a heretic or anything like that."

Neither does Mark Moring. He's the former pop-culture editor at Christianity Today and a fan of Garrels' music.

"It wrestles more with real-life issues," Moring says. "It wrestles with faith and doubt and that mystery in between. And he does it with more depth and more poetry."

Garrels is playing a sold-out concert at Portland's historic Alberta Rose Theatre. He's sitting on a stool wearing a white skullcap, a work shirt and work boots and resting a Gibson guitar on his knee. While the venue is decidedly secular — his fans are sipping craft beer — Garrels does a little preaching toward the end of his set.

"The song is called 'Bread & Wine,' because we're invited to eat the body that's broken for us and drink the blood that's spilled for us, to enter into literally the suffering so we can receive something that is way beyond us and be healed."

He seems to connect with his listeners. They not only tap their feet; they nod their heads in agreement.

In the lobby after the show, fans line up to buy a CD or shake Garrels' hand. One of them is Luana Wilson, a stay-at-home mom from Vancouver, Wash., who discovered Josh Garrels through her 15-year-old son, Jadon.

"I actually don't listen to a lot of Christian radio," Wilson says. "For me, personally, a lot of it sounds the same. And I just love the fact that his sound is fresh and new and just deep."

As an independent, Garrels has built his fan base in a way that may seem counterintuitive. He gave away his breakout album — Love & War & The Sea in Between — for free for a year. In all, he says he's given away 153,000 downloads. What's more, he dedicates a portion of the income he does receive to charities such as World Relief in the Democratic Republic of Congo.

"If you want to call it a business model ... every new album I make, I give it away for a season," Garrels says. "It'll sort of be my offering, my first fruits."

As the thinking goes, the people who get freebies will buy his earlier albums and his next album, and they'll wait for him to come to their town to play. It's a business model that many musicians say won't work. But Josh Garrels is used to doing things his own way.