Accessibility links
'42' Gets The Story Of Jackie Robinson Right Biographer Arnold Rampersad is "a bit of a stickler for accuracy," but he finds that — with a few exceptions — the 2013 biopic about Robinson's integration of Major League Baseball really rings true. 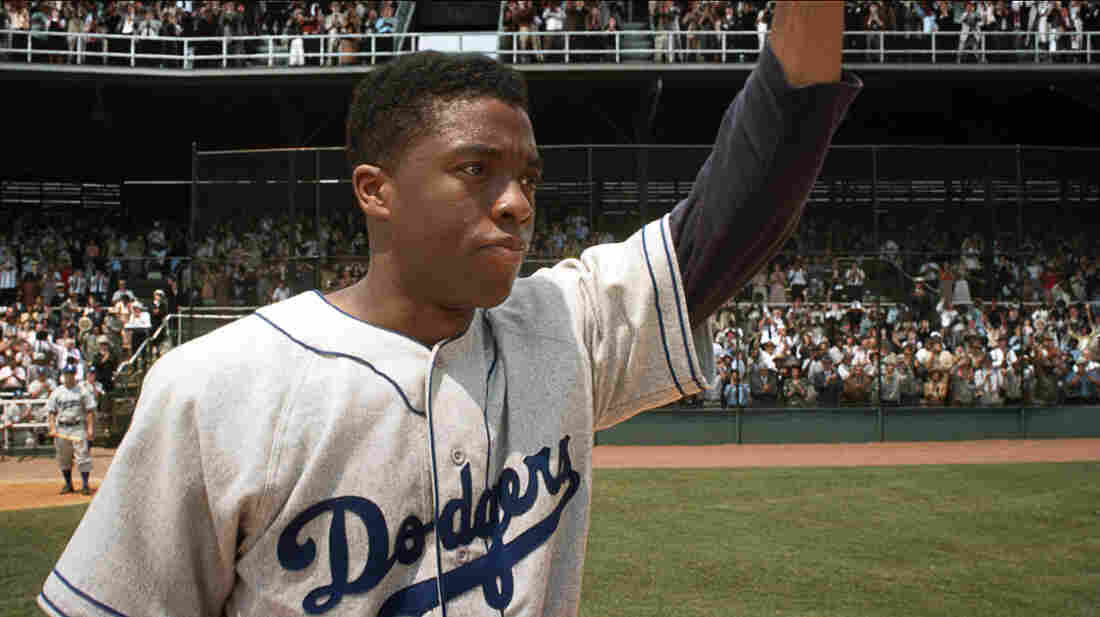 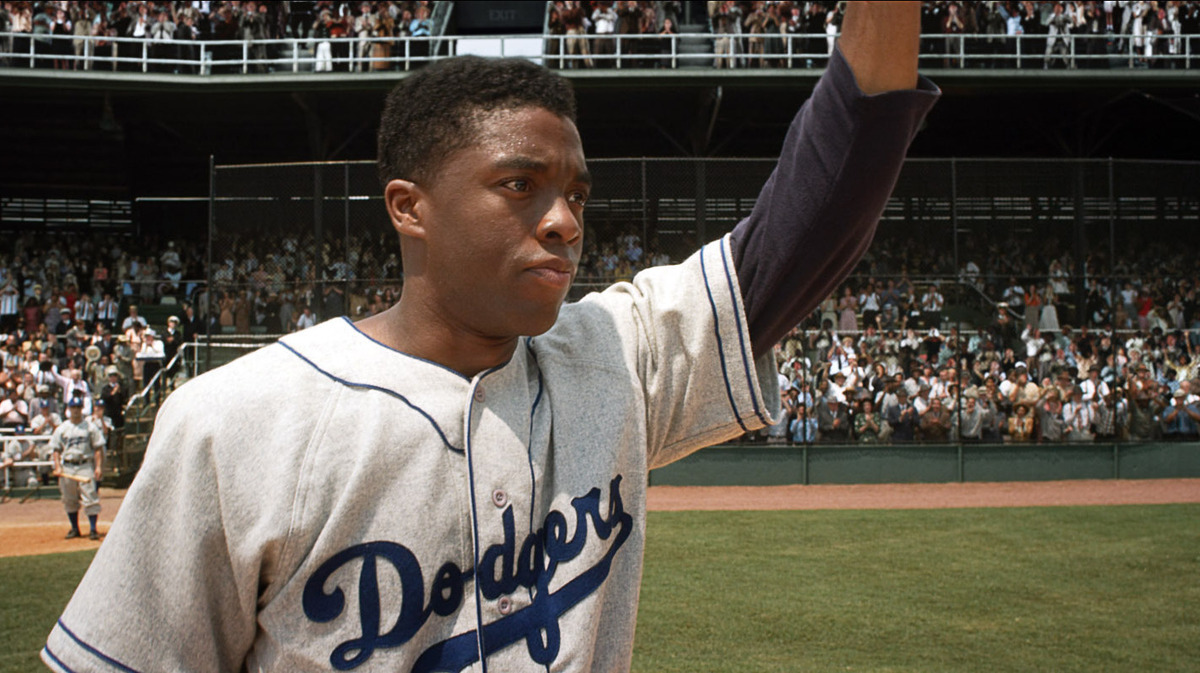 As we close out 2013, we're returning to some of the year's films that were "inspired by a true story" and taking a look at the true-to-inspired ratio. Turns out, 42 — a biopic that portrays Jackie Robinson's 1947 integration of Major League Baseball — gets a lot of things right.

Arnold Rampersad, a professor of English at Stanford University who wrote a biography of Robinson, says the film really rings true.

"Fundamentally, the story is accurate, in my estimation," he tells NPR's Robert Siegel. 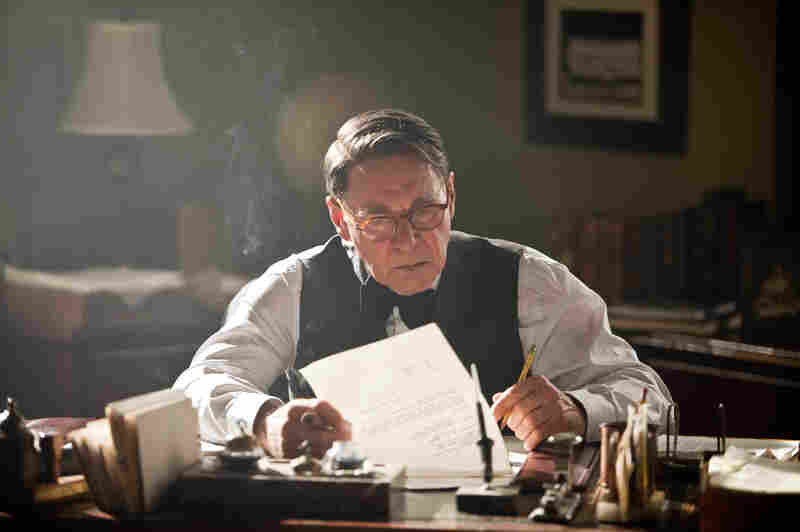 On the motivations of Branch Rickey, the baseball executive who brought Robinson to the Brooklyn Dodgers

In the movie, Rickey presents himself as a pragmatist — "I want to win games, I want to make money" — but then at other times he says, "I'm a Methodist; Robinson is a Methodist; God is a Methodist." So he suggests that there are sort of religious reasons. But I would say, above all, he wanted to intervene in the moral history of the nation in the way that Lincoln had — to some extent.

On Wendell Smith, a black sportswriter who was assigned to cover Robinson

He was, in fact, retained by Branch Rickey to follow Robinson around. He does stand in for a number of figures in the press, and their names are not mentioned ever in the movie, and to some extent that's unfortunate — people like Lester Rodney of the Daily Worker, the Communist press, had been arguing for a long time, vociferously, about the need for integration. But Wendell Smith was crucial, and he does a wonderful job in the movie bringing a certain perspective to the story.

'You're Looking For Your Locker'

On Brooklyn being a good place to begin MLB integration

Branch Rickey had been in charge of the [St. Louis] Cardinals for 20 years before coming to Brooklyn in 1942 — I don't think he could have tried this with the Cardinals. ... Brooklyn was the ideal place, and the time was right, too, particularly because of the changes that had overtaken America during World War II.

On Rickey encouraging Robinson to "turn the other cheek"

Rickey did, in fact, virtually sign Robinson to a nonaggression pact, but he put a time limit on it of three years. ... Rickey was well aware of the fact that Robinson had been court-martialed [for fighting segregation while he was in the military] ... so he knew he was hiring someone who was a fighter.

On what might have happened if Robinson had failed

I don't think [MLB integration] would have stopped. For one thing, Rickey had already virtually signed up at least two other black players, so from the beginning he saw Robinson as simply the first of several players who would come to the Dodgers. And I think also we should recognize, in looking at Robinson, that many people thought that he would fail physically as a ballplayer. It was never his greatest sport — his greatest sport was probably basketball, if it wasn't football. It was astonishing how well he succeeded, really, given those facts.

On the few liberties taken with the story

I am a bit of a stickler for accuracy of representation. There are elements in the movie that are invented. ... [For example] there's a figure of Ed Charles, who later starred with the Mets, as a little boy in Daytona Beach. [In the film] Robinson tosses him a baseball, and he puts his ear to the train tracks as Robinson's train goes away. And Ed Charles himself [said]: Well, that wasn't true, but everything else was true. I was deeply inspired by Robinson. I did go to the ballpark to watch him practice.