Accessibility links
As Winter Rolls In, One Critic Recalls 'The Wind In The Willows' This week's Must Read, our topical book recommendation series, usually focuses on events in the news. But today, with an eye on the dropping thermometer, book critic Parul Sehgal suggests a seasonal text. Kenneth Grahame's classic children's novel offers a cozy, eccentric depiction of winter — perfect for curling up with as the snow comes down. 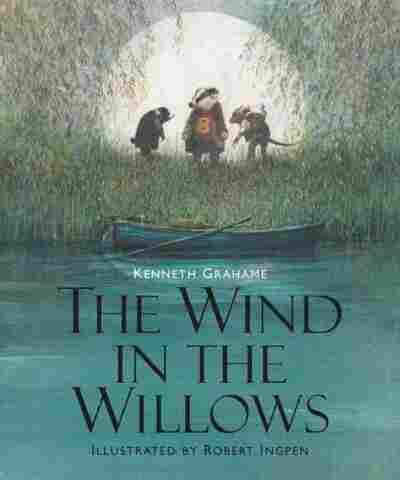 The Wind in the Willows

Title
The Wind in the Willows
Author
Kenneth Grahame

We want simple things from books in winter — or at least I do. I want a vindication of my desire to loaf, laze, retreat from the world, the assurances, in short, of The Wind in the Willows, whose edicts are sane and just: "No animal, according to the rules of animal-etiquette, is ever expected to do anything strenuous, or heroic, or even moderately active during the off-season of winter."

The Wind in the Willows was written by Kenneth Grahame, a middle-aged banker, in a shining decade for children's literature. Much of what we know as the canon was produced between the years of 1902 and 1908: The Tale of Peter Rabbit, Peter Pan, The Railway Children.

Of these books, The Wind in the Willows is indisputably the most eccentric. It's the story of two little rodents, Mole and Rat, who carry on like bookish Edwardian bachelors, "messing about in boats" and tramping in the snowy wood. But it's also the story of an intervention and a Bolshevik uprising, with a character based, it's believed, on Oscar Wilde. And these, mind you, are only the surface oddities. The Wind in the Willows is a book full of paradoxes — it's an ironical and deeply political nursery story, an ode to the hearth and the open road.

The book passes through all the seasons, but it's in winter that the friendship between the two deepens. They sit around the fire and talk until late. At one point they're rescued from a frosty misadventure when they stumble on Badger's house, where they meet and make merry with the other creatures of the wood.

But here I am summarizing, when the thing to do is to quote. Here's Mole, off for a bit of an adventure: "The country lay bare and entirely leafless around him, and he thought that he had never seen so far and so intimately into the insides of things as on the winter day when Nature was deep in her annual slumber and seem to have kicked the clothes off. ... It was pitiful in a way, and yet cheering — even exhilarating. He was glad that he liked the country undecorated, hard, and stripped of its finery. He had got down to the bare bones of it, and they were fine and strong and simple."

'Wind In The Willows': A Christmas Take On A Classic

That brings me to the book's most enchanting paradox. Winter finds us slumberous, cumbrous and bundled up, but we lean hardest on our books and friends in this season. We return, like Mole, to the essence of things.

Parul Sehgal is an editor at The New York Times Book Review.