Accessibility links
50 Years Later, TV's Ghoulardi Lives — In Punk Rock This year marks the 50th anniversary of a short-lived Cleveland TV show that's still being talked about today — by musicians. It was called Ghoulardi's Shock Theater, and for a generation of Ohio kids, its anarchic host could be called a godfather of punk. 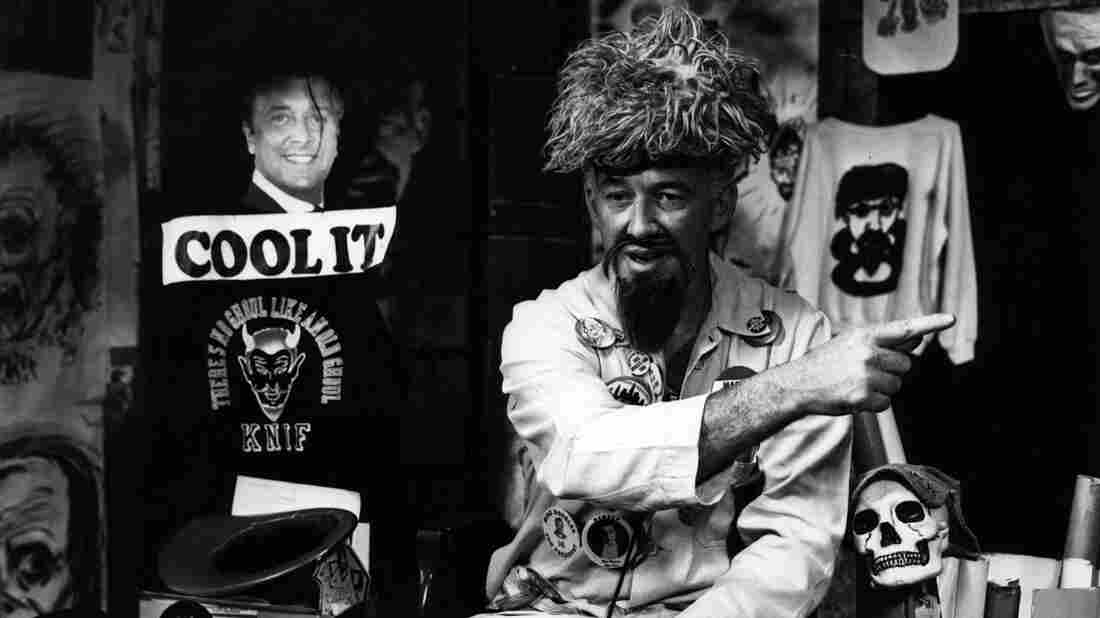 Ernie "Ghoulardi" Anderson on the set of his show at WJW-TV. Chuck Schodowski/Courtesy of Western Reserve Historical Society hide caption 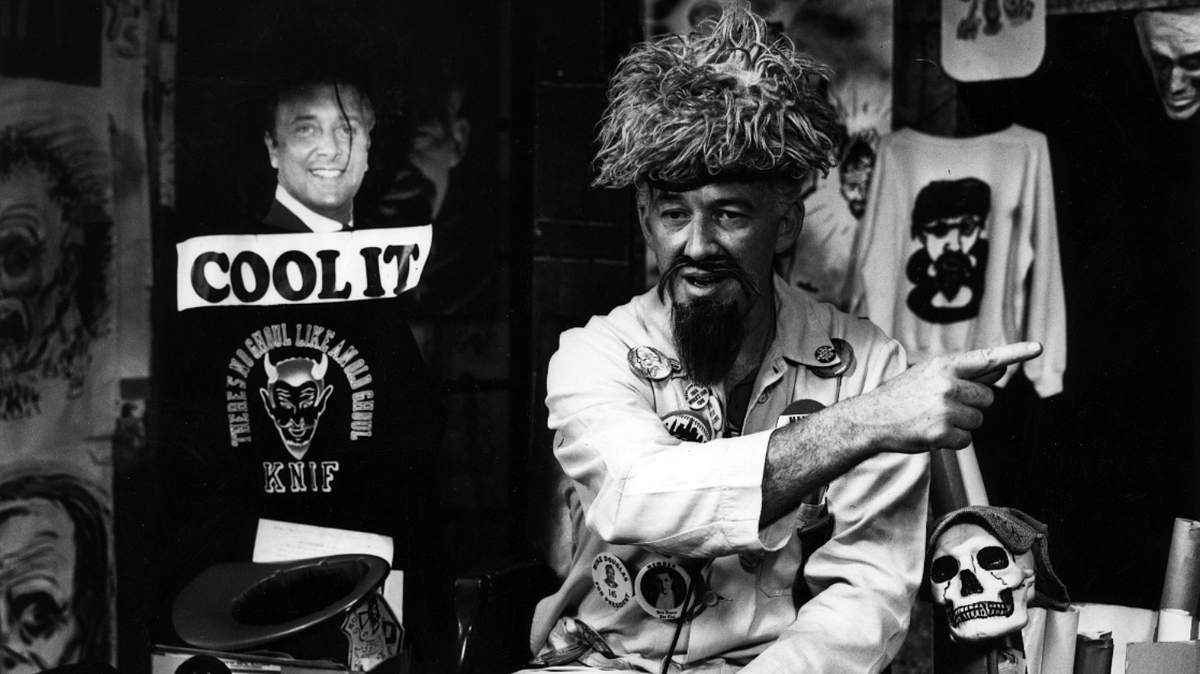 Ernie "Ghoulardi" Anderson on the set of his show at WJW-TV.

Before the Sex Pistols formed in London, before CBGB opened in New York, Cleveland had the Electric Eels.

"Someone asked me what my influences were," says guitarist and founder John Morton, "and I said, 'Among other things, Sun Ra, Ghoulardi and Albert Ayler.'"

Morton's not alone among the proto-punk and New Wave musicians in northeast Ohio who cite Cleveland avant-garde jazz saxophonist Albert Ayler as an influence. They also mention Detroit's MC5 or New York's Velvet Underground. But, invariably, the common thread is Ghoulardi.

"He was really an iconoclast in the true sense of the word, you know, in breaking established things," Morton says. "You know it was great for kids, this kind of defiance that you have. He was a great influence."

Ghoulardi hosted horror movies on Friday nights at 11:30. His real name was Ernie Anderson and he was a booth announcer for WJW TV in Cleveland. For Ghoulardi's Shock Theater, he copped a Transylvanian accent, wore a fake goatee and white lab coat covered with political buttons, and adopted the attitude of a 1950s beatnik. He wasn't afraid to answer his critics on the air, asking his cameraman to zoom in on their letters.

"He was the cool guy, the guy who was cooler than your parents," says Gene O'Connor, who watched Shock Theater as a kid.

O'Connor would later go by the name Cheetah Chrome, write some classic punk songs and play guitar for the band The Dead Boys. Even after they became famous, the band members continued to talk about Ghoulardi.

"He followed us through our lives," O'Connor says. "He got us when we were young and we followed him right through to the end. We're all die-hard fans of Ghoulardi. "

That's because Ghoulardi was everything the rest of TV was not. He made fun of news anchors on other stations, panned the movies he was showing and told kids to skip them and go to bed.

"TV hosts were, at the time, neighborly. They were authoritative; they were responsible," says Tom Feran, co-author of the book Ghoulardi: Inside Cleveland TV's Wildest Ride. "The grown-ups were on TV. Ghoulardi was a grown-up who didn't play by those rules, and that was really refreshing."

The show dominated its time slot, beating Johnny Carson and capturing as much 70 percent of the viewing audience on Friday nights.

David Thomas, who would go on to lead the groundbreaking bands Pere Ubu and Rocket from the Tombs, was also among those watching.

Thomas, who has lectured on Ghoulardi, says the late-night host was subverting authority figures before that became a popular pastime.

"He exposed them all as the same kind of idiot that you are — that they weren't any smarter or more in touch with anything than you potentially were, even as a kid," Thomas says.

He calls that generation of Ohio youngsters "Ghoulardi's Kids."

"We thought he was cool; he made us laugh," says Jerry Casale, one of the founders of the band Devo. "And he blew things up on television. He destroyed property."

"He superimposed himself into the movies, like Attack of the Crab Monsters: 'Oh! Look at that giant crab!'" adds Jamie Klimek of the Cleveland band Mirrors. "He was anarchic. He didn't care."

And this was a quarter-century before the debut of Mystery Science Theater 3000. But it wasn't just Ghoulardi's irreverent attitude that made an impression. Off screen, Anderson was a jazz fan, but his sound engineer Chuck Schodowski played blues, surf music, R&B, and a lot of off-beat material on the late-night show.

Shock Theater might not have been punk when it came out, but it was incorporated into the style later, says David Giffels, co-author of the book We are Devo.

"You know, in a literal sense, The Cramps, most of whom came from Akron or Cleveland, directly took on this B-movie, horror movie aesthetic that came straight from Ghoulardi," Giffels says.

Anderson died in 1997, but his legacy lives on in thousands of small ways. Filmmaker Jim Jarmusch, who grew up near Akron cites him as an influence. The Cramps' horror-meets-rockabilly persona is alive today in goth fashion. And you can even see the influence in the work of Anderson's son, director Paul Thomas Anderson, who named his company Ghoulardi Films.