Accessibility links
Giving Hoppin' John An Indian Twist, Just For Luck Black-eyed peas mixed with rice is the basis of a dish called Hoppin' John, which is thought to bring good luck in the New Year. NPR's Linda Wertheimer talks with chef Raghavan Iyer, author of 660 Curries, for advice on how to tweak the Hoppin' John recipe. 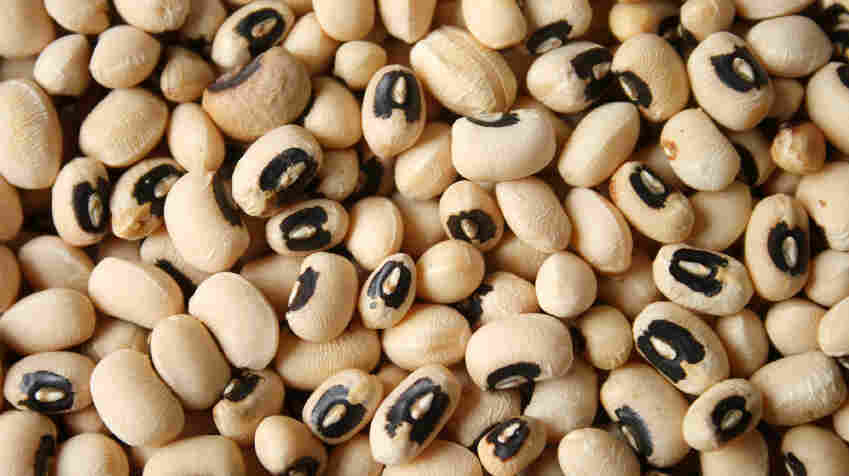 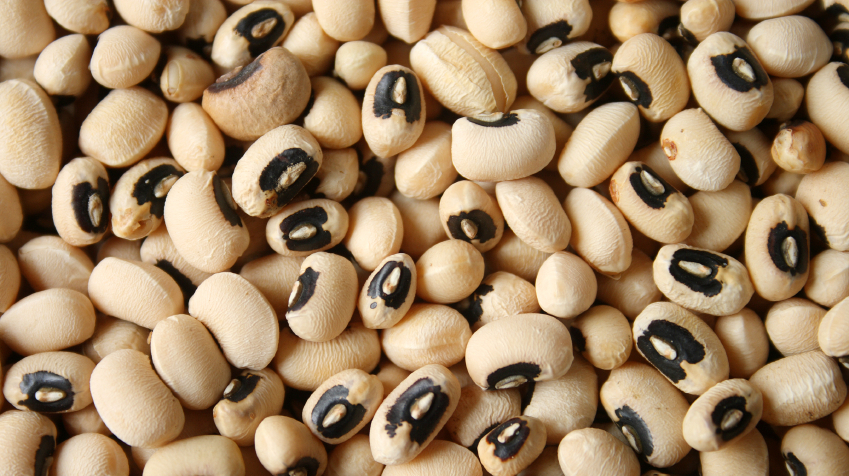 Eating black-eyed peas and rice is a New Year's tradition.

What's A Juniper Berry And How Do I Cook With It?

"To me, the flavors of black-eyed peas are really quite amazing when combined with the right ingredients," says Raghavan Iyer, author of 660 Curries and Indian Cooking Unfolded. For example, he offers his recipe for lobhia, a spicy, black-eyed pea curry.

There's no need to stagger out of the house in search of elusive ingredients, however; Canned black-eyed peas work just fine, and curry leaves can be found at many grocery stores. "But if you don't have it, leave it out," Iyer says.

The dish may not have curative powers, but Iyer says at least it will chase away the New Year's Eve party blues.

This recipe came to Raghavan Iyer from Bina Toniyat of Bangalore, India. Onions — one batch stewed with black-eyed peas, the other pureed with fresh coconut — sweeten the curry, made extra-creamy by the slow breakdown of the black-eyed peas. Don't worry about the number of chilis — the coconut and peas tend to absorb some of the peppers' heat.

1/2 cup shredded fresh coconut (or 1/4 cup shredded, dried unsweetened coconut, covered with 1/4 cup boiling water, set aside for about 15 minutes, and then drained)

Place the black-eyed peas in a pressure cooker. Fill the cooker halfway with water and rinse the peas by rubbing them between your fingertips. The water may appear slightly dirty. Drain this water. Repeat three or four times, until the water remains relatively clear. Drain.

Add 3 cups of water and bring to a boil, uncovered, over high heat. Skim off and discard any foam that rises to the surface. Stir in the sliced onion and the 2 halved chilis. Seal the cooker shut and allow the pressure to build up. When the cooker reaches full pressure, reduce the heat to medium-low and cook for about 20 minutes. Then, remove the cooker from the heat and allow the pressure to subside naturally (about 15 minutes) before opening the lid.

Meanwhile, pour 1/2 cup water into a blender jar, and add the chopped onion and the chopped chilis. Add the coconut, salt, cumin seeds, and turmeric. Puree, scraping the inside of the jar as needed, to make a slightly gritty, green-speckled paste. Set it aside until the black-eyed peas are done.

Stir the coconut paste into the cooked black-eyed peas and simmer over medium-low heat, uncovered, stirring occasionally, until the flavors mingle, 5 to 10 minutes.

Heat the oil in a small skillet over medium-high heat. Add the mustard seeds, cover the skillet, and cook until the seeds have stopped popping (akin to popcorn), about 30 seconds. Remove the skillet from the heat and throw in the curry leaves — carefully, as they will spatter upon contact. Pour this aromatic oil mixture into the curry, and stir. Serve.