Accessibility links
Winging It: Biking Around Again In Margaritaville In laid-back Key West, most people get around by bike. Which meant that NPR's Petra Mayer had to — finally — learn to ride one for her vacation this year. And with the help of the Washington Area Bicyclist Association, she did it. 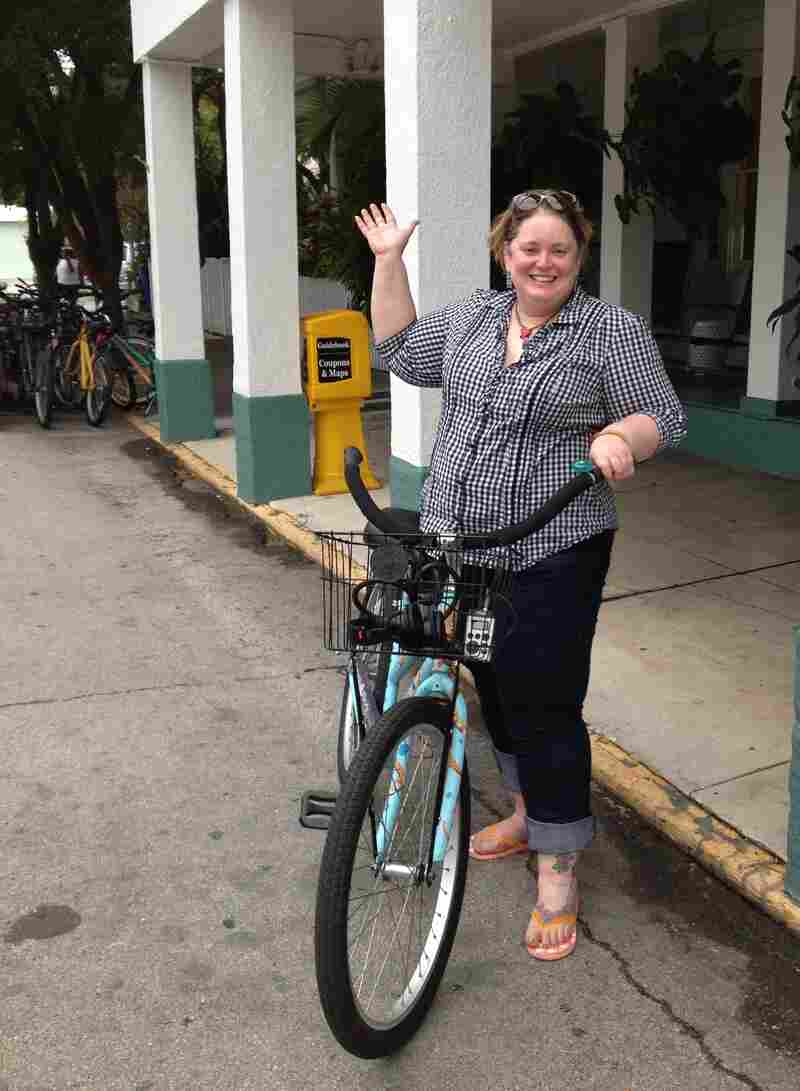 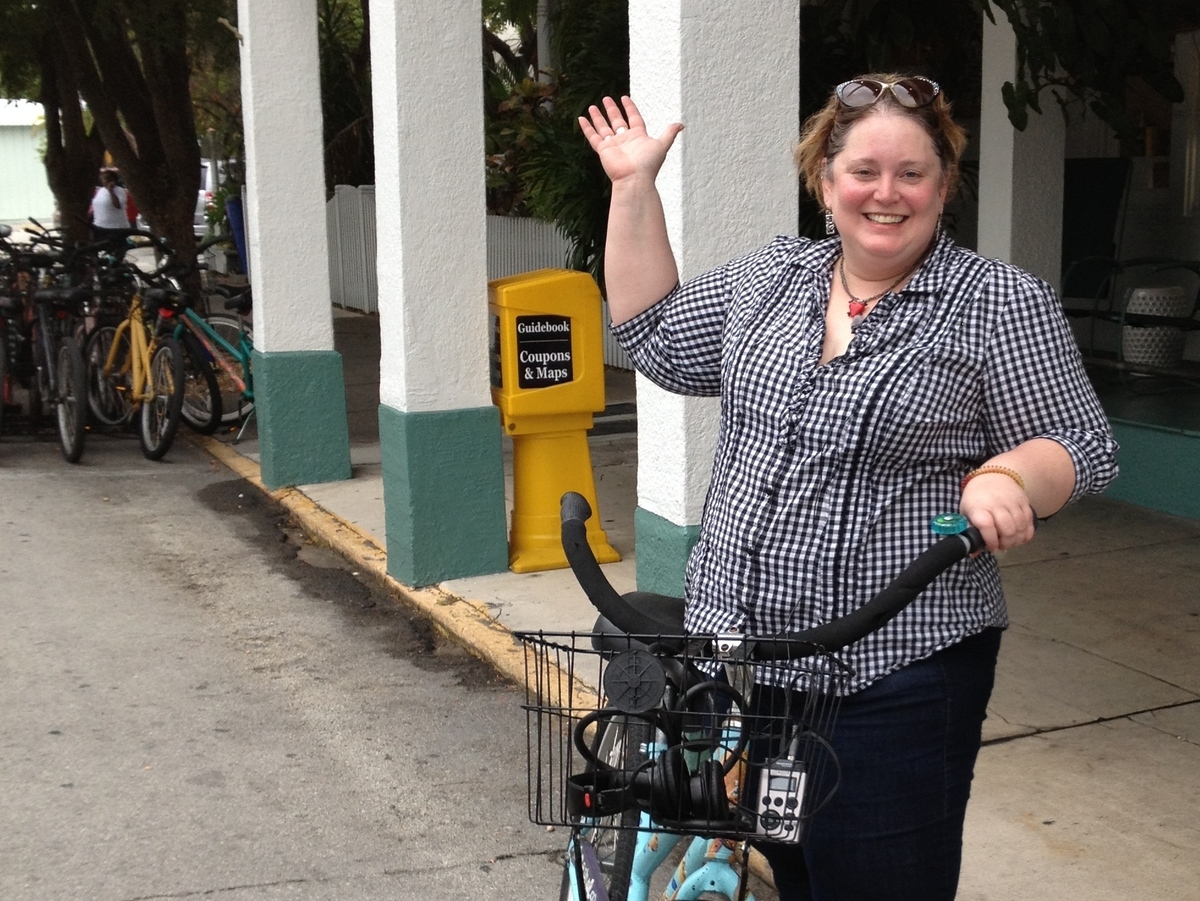 NPR's Petra Mayer has finally learned how to ride a bike.

I love Key West, and I go there as often as possible: pina coladas, drag queens, shady hammocks, feral chickens — it's the best. There's just one problem: everyone gets around the island by bike, and I've never learned to ride one. Obviously that had to change.

Why didn't I learn? I really don't remember, and neither did my mom, when I asked her about the one time my parents tried to teach me. "You got on a big bicycle that was so big you couldn't really turn the wheels and got discouraged."

I've tried to learn a few times since then — particularly after I discovered Key West. It's never really worked, though, so this summer I decided to get serious, and take an adult learn-to-ride class from the Washington Area Bicyclist Association.

I was not alone. At least twenty people showed up to the class, and WABA's Dan Hoagland told me there were dozens more on the waiting list.

Hoagland was an effective drill sergeant and cheerleader for us as we wobbled around the parking lot.

"There are three steps to learning to ride a bicycle," he told me. "The first and most important is to find your balance."

That was not as easy as he made it sound. I ended up kicking and pushing, kicking and pushing until I could glide across the parking lot without falling over. The instructors take the pedals off the bikes at first — only when you can glide do you earn your pedals back.

Eventually, I managed to pedal across the lot on my own. Okay, so about five minutes after that I got cocky and fell right on my face. But still. For that brief moment, I was riding a bike. I was ready for Key West.

Like I said, everyone rides bikes here — all the guest houses have ranks of brightly painted beaters out front that you can rent. Last year, I couldn't do it — I was forced to tool around in a little electric golf cart.

In laid-back Key West, most people get around by bike. So NPR's Petra Mayer had to learn.

So I rented an adorable old bike painted all over with tentacle-waving sea creatures, and I promised myself that this year would be different. And it was. I got up on my tentacle-bike and rode right down the street past my guest house — okay, so I panicked about the traffic and didn't get all that far. But I did it.