Accessibility links
Closing The 'Word Gap' Between Rich And Poor Children in low-income families hear dramatically fewer words, which often sets them back in school and later life. The gap was officially documented in the 1990s, but has persisted. Now an entire city is trying to close the divide. 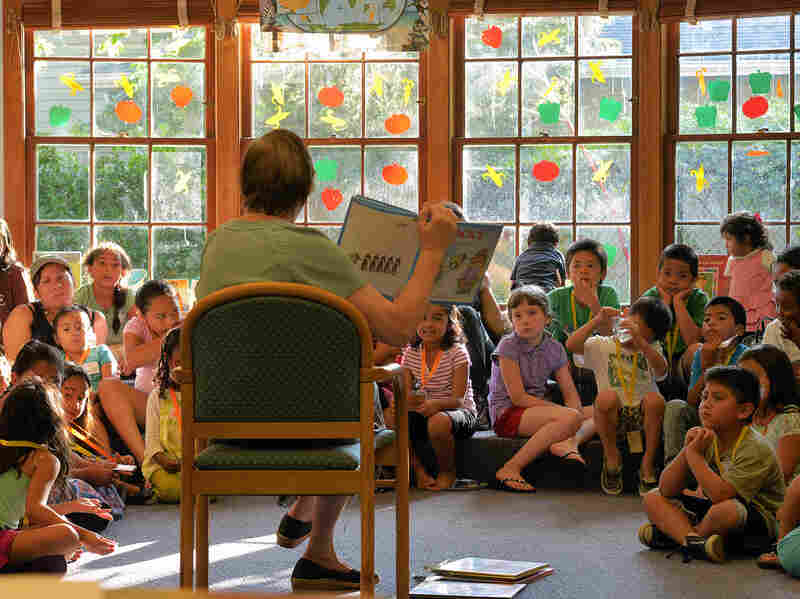 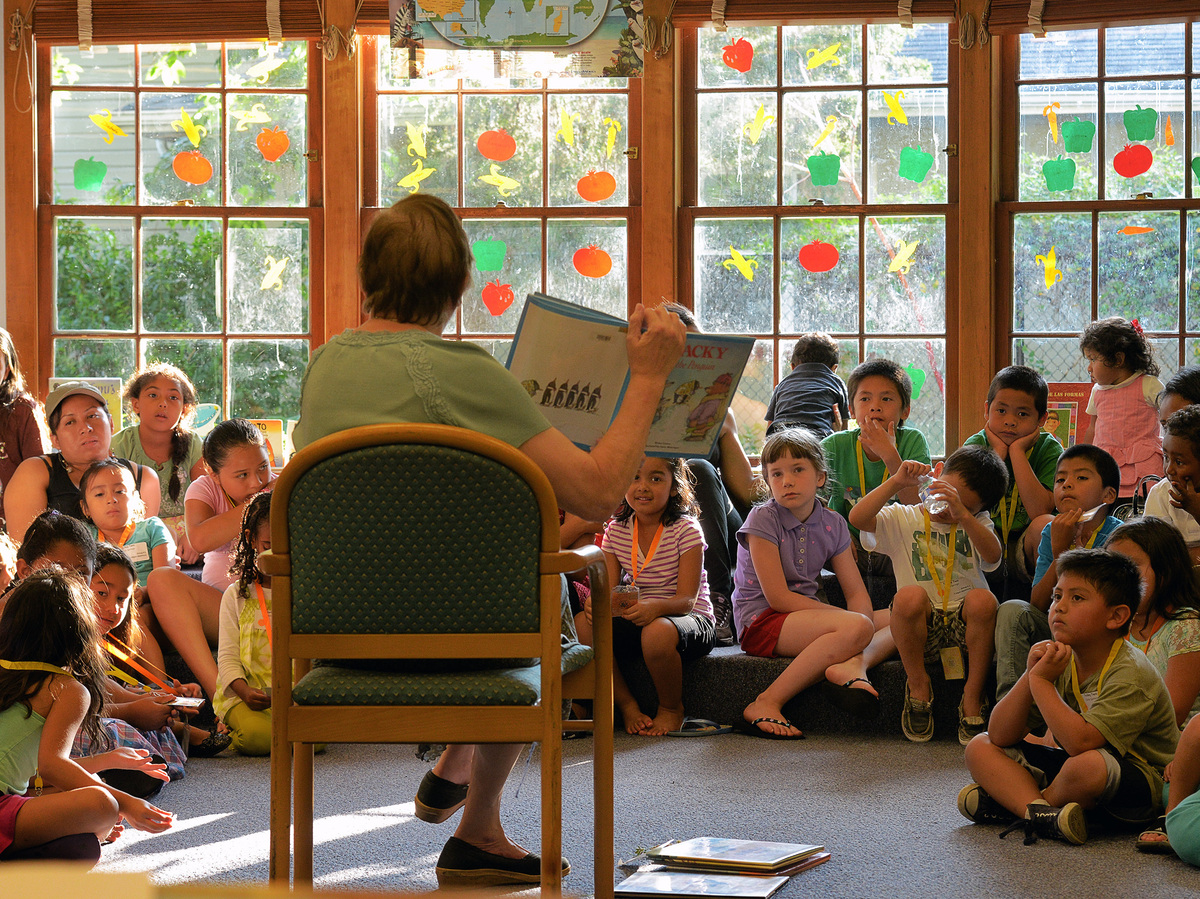 In the early 1990s, a team of researchers decided to follow about 40 volunteer families — some poor, some middle class, some rich — during the first three years of their new children's lives. Every month, the researchers recorded an hour of sound from the families' homes. Later in the lab, the team listened back and painstakingly tallied up the total number of words spoken in each household.

What they found came to be known as the "word gap."

It turned out, by the age of 3, children born into low-income families heard roughly 30 million fewer words than their more affluent peers.

Research since then has revealed that the "word gap" factors into a compounding achievement gap between the poor and the better-off in school and life. The "word gap" remains as wide today, and new research from Stanford University found an intellectual processing gap appearing as early as 18 months.

That study led to some increased calls for universal preschool, but some say that's not early enough.

"I recognized that we need to really start in the cradle," says Angel Taveras, mayor of Providence, R.I.

He says two-thirds of kindergarteners in the city show up on their first day already behind national literacy benchmarks.

Next month, with funding from Bloomberg Philanthropies, Taveras' city will launch "Providence Talks," a new effort to take on the "word gap." Providence will distribute small recording devices — essentially word pedometers — that tuck into the vest of a child's clothing. These will automatically record and calculate the number of words spoken and the number of times a parent and child quickly ask and answer each other's questions.

I recognized that we need to really start in the cradle.

"We are very hopeful that we can be the laboratory here in Providence, and as we have success we can share it with the rest of the country," Taveras says.

The idea was inspired in part by a research program called 30 Million Words in Chicago.

Aneisha Newell says that program taught her to talk to her young daughter in new ways. She says she never realized bath time — with colors and shapes of bubbles and toys to describe — could be a teachable moment. She ended up breaking the program's record for the most words spoken.

And then there was the moment her daughter — not yet 3 years old — used the word 'ridiculous' correctly. Newell was amazed.

"It was just something that made me feel good as a parent," she says.

Progress like Newell's stems from a special kind of parent-child interaction, says Dana Suskind, a professor of surgery and pediatrics at the University of Chicago, who started the 30 Million Words program.

"We can't just have people saying 30 million times 'stop it!' It's got to be much more," she says.

The parent should "tune in" to what the child is looking at, talk about it and ask questions that can create a sort of "serve and return" between parent and child.

Suskind says that research shows overhearing a cell phone conversation or sitting in front of a television program doesn't cut it when it comes to building a child's brain.

She and others hope to expand their style of training to day care centers and beyond. She says she hopes to eventually have it be routine for parents to learn about this at their newborn's first hearing screening. She wants them to understand that their talk matters well before their baby starts talking back.