Accessibility links
Boeing Soars Despite A Turbulent 2013 The airplane manufacturer was one of the stock market's best performers this year, despite battery problems that grounded its entire fleet of new 787s for more than three months. But a labor dispute involving its largest union could have some Boeing customers looking to competitor Airbus for new planes. 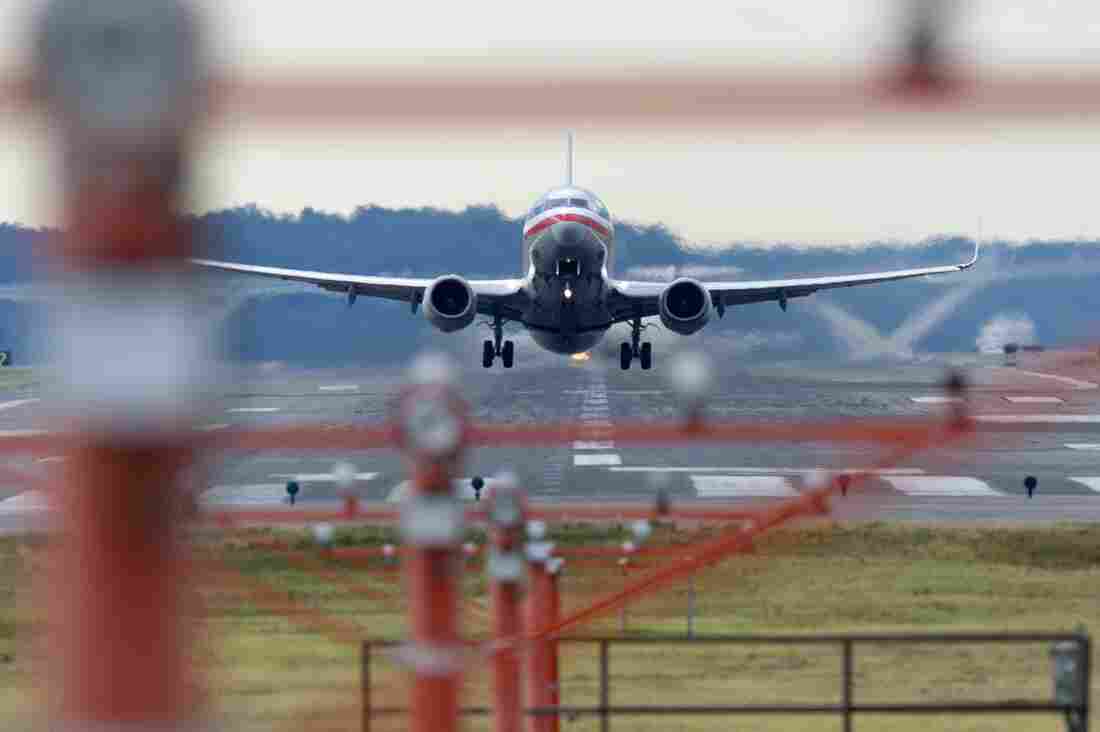 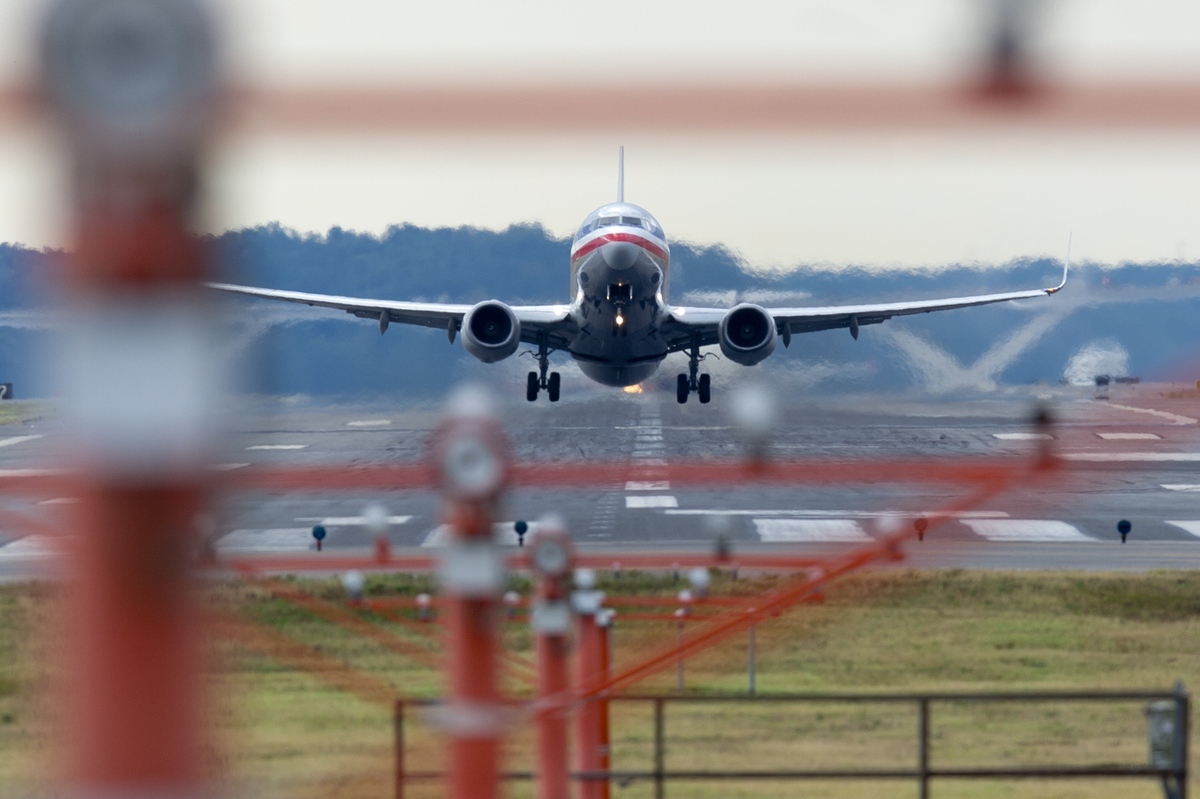 A Boeing 737 takes off from Ronald Reagan Washington National Airport in Arlington, Va. Demand remains high for 737s and 777s, helping the company weather problems with its 787 earlier this year.

On the very first Monday of 2013, Boeing got some bad news: There was a catastrophic battery fire on a 787 parked at Boston's Logan International Airport. Less than two weeks later, a second battery meltdown on another 787 prompted an emergency landing in Japan.

The planes sat on the ground for more than three months while investigators and engineers figured out how to fix their overheating lithium ion batteries. Deliveries of new 787s were halted, too.

But Boeing's stock never really faltered. In fact, the airplane manufacturer's stock price grew 80 percent over 2013, one of the market's best performers.

As Carter Leake, an investment banker at BB&T Capital Markets and a longtime industry observer, puts it, Wall Street "shrugged off" the 787 battery problem "because they made the correct bet that Boeing would be able to get through this."

But beyond that, Leake says, investors were focused on the company's large and growing backlog of orders for its other airplanes.

"The smart money saw that the 737, the 777 — the aircraft that had the highest margins and the highest cash flow — were on track. Demand was at all-time high and production rates were likely to go even higher, which they did," he says.

Keep in mind that Boeing has just one real competitor for large commercial jets: Europe's Airbus.

Boeing launched its newest line of planes, the 777X, at the Dubai air show in November. The redesigned version of the existing 777 model won a record number of orders, totaling $95 billion at list prices.

But where Boeing will build that plane is still being decided, and it's an extremely contentious issue.

Union Dispute Could Give Airbus A Bump

Dreamliner Returns, And Boeing Is Watching Its Every Move

Just about everyone, including industry analyst Richard Aboulafia, assumed Boeing would build the plane at its existing 777 factory near Seattle.

"Experience plays a very big role in the manufacturing of any commercial jetliner, but particularly a major derivative of an existing jet," he says.

But this fall, Boeing told its union machinists that if they did not approve a new contract, the company might well build the 777X somewhere else.

"It's not going to happen," says union machinist Thomas Campbell. "It would be a complete fiasco. It would be corporate suicide for them to attempt that."

Campbell was among those who essentially called Boeing's bluff. The union overwhelmingly rejected the contract, with its scaled-back pension and other benefits. Boeing wasted no time soliciting bids from other potential sites.

But building the planes in a new place carries risks, like production problems or extended delays. Given the uncertainty about where the plane will be built, Aboulafia says that some airlines considering or buying 777Xs are also looking at Airbus planes.

"These are core Boeing customers saying, 'Even though we like the 777X, we feel more comfortable with at least hedging our bets and buying some Airbuses too,' " he says.

Meanwhile, Boeing has sweetened its contract offer to the machinists. Their vote is planned for Jan. 3. What happens if the union once again rejects the deal is far from certain.