Accessibility links
Screen Time: Bob Mondello's Favorite Films Of 2013 TV may have been great this year, but don't roll the credits on 2013 films just yet. The film critic lists his annual best of the best for your pleasure.

Sandra Bullock says making the lost-in-space movie was her "best life decision" ever.

Conventional wisdom has it that television is where the creative action is these days, and yes, there are some terrific shows on cable.

But there are things it's hard to do on the small screen, and the year's most cinematic film delighted in reminding audiences why they like seeing movies in theaters. 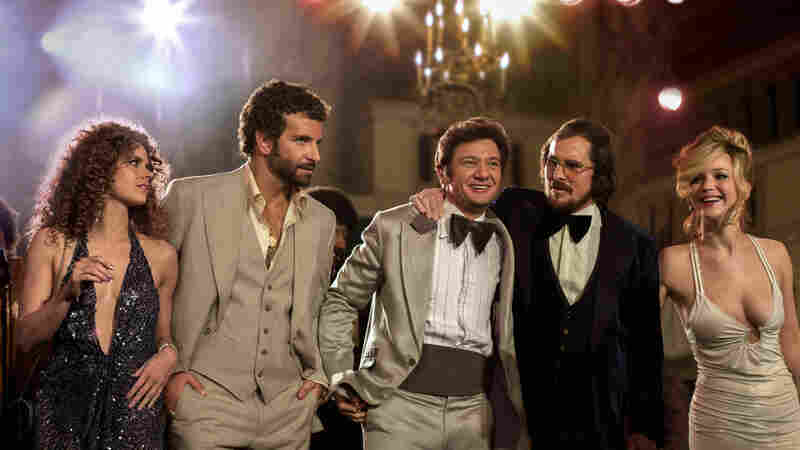 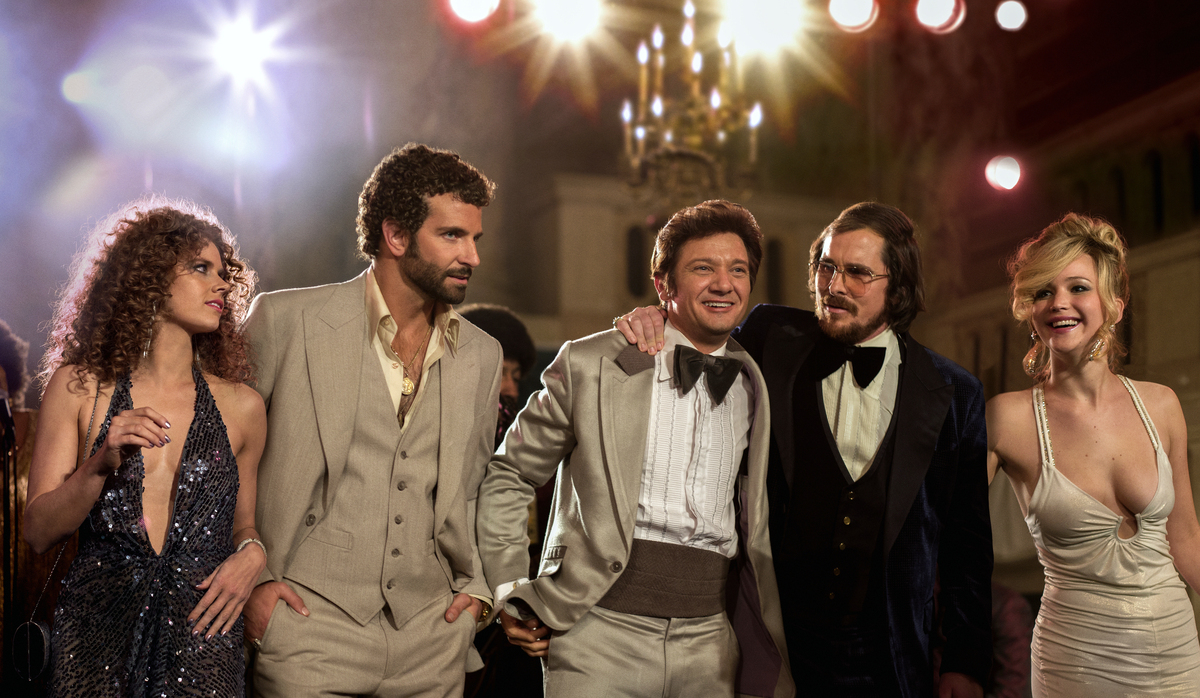 Spacesuited figures in orbit. Serene, breathtakingly gorgeous. And in IMAX 3-D, on a huge screen, you're completely immersed, which means when things go wrong in Alfonzo Cuaron's Gravity — and they go reeeeally wrong — you feel as if you're there.

Gravity is a total thrill ride. But it's hardly the only film this year calculated to get your pulse pounding. The crime-caper comedy American Hustle does that, too, by making you nervous that its amiable scammers aren't as in-control as they seem to think they are.

The dreams of an old codger are the driving force in the black-and-white road flick Nebraska, with Bruce Dern determined to walk 800 miles to collect sweepstakes winnings that his son knows are a just a magazine-subscription come-on.

Nebraska looks spare and iconic filmed in black and white, whereas the palette is candy-colored in Her, a surprising techno love story about a guy and his computer. Think Siri, but with more personality. 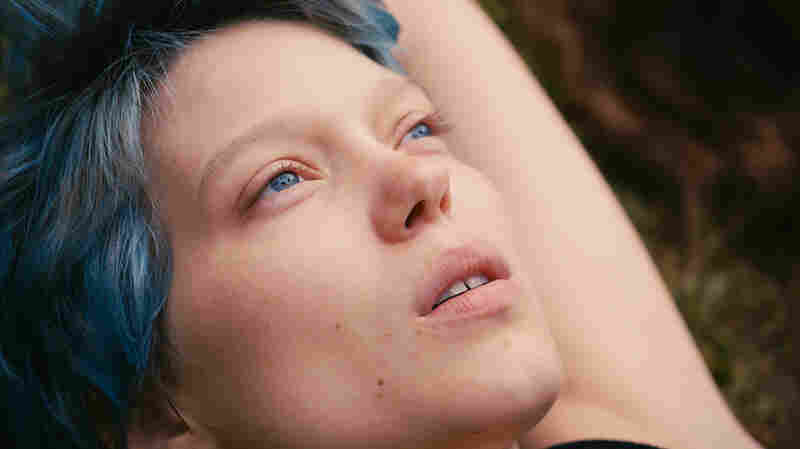 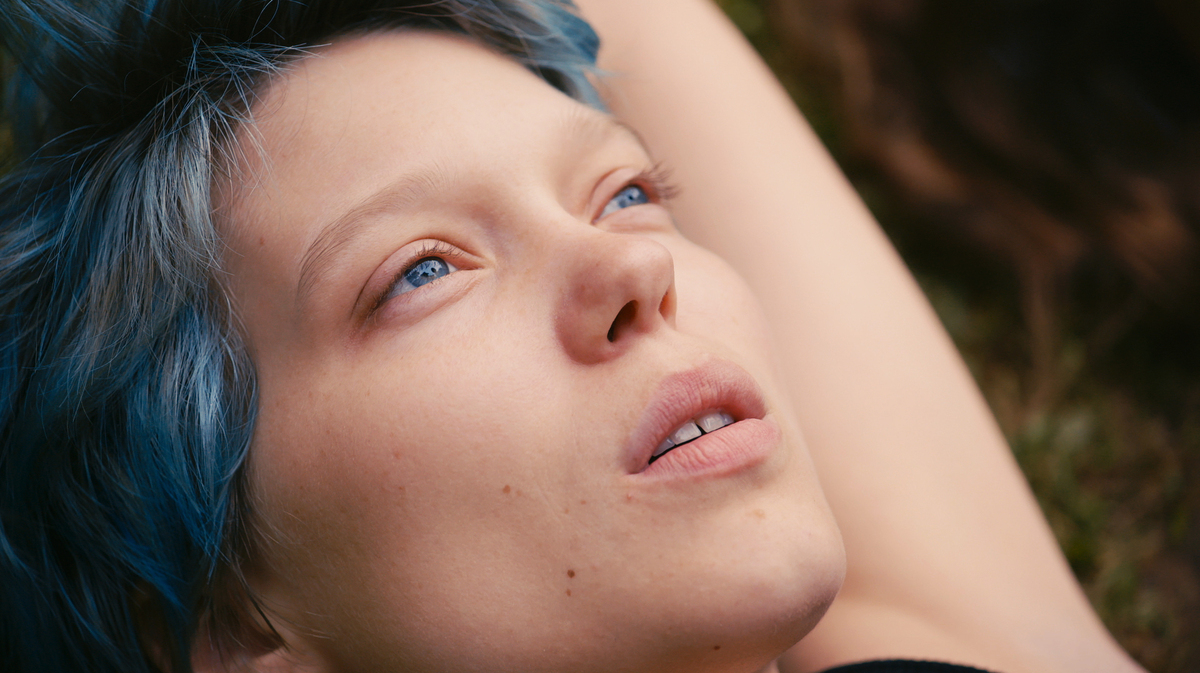 Lea Seydoux plays Emma in the film Blue Is the Warmest Color, directed by Abdellatif Kechiche.

Virtual relationships turn out to be as complicated as real ones in Her. And real ones can be really complicated, as the spellbinding Iranian drama The Past establishes, especially when you mix in immigration issues, children and folks who don't communicate well. And if The Past is troubling, a story from America's past is all but overwhelming — the true story of a free black New Yorker, kidnapped and sold into slavery in the antebellum South. A powerhouse performance from Chiwetel Ejiofor anchors a harrowing story in 12 Years A Slave.

That is six of my Top 10. The last four come in two matched sets. Start with women who have the blues in Blue Is The Warmest Color and Blue Jasmine. The former centers on a French high school student who does a lot of growing up when she gets romantically involved with an older woman. While Blue Jasmine finds director Woody Allen giving Cate Blanchett a startling variation on a role she played on Broadway: Her Jasmine is an updated Blanche DuBois from A Streetcar Named Desire — deluded, spoiled, tone-deaf and about to start mooching off her less-well-off sister in San Francisco.

Rounding out my Top 10 are two documentaries that deconstruct the very idea of what a documentary can be.

Sara Polley's Stories We Tell starts out as a film about her mother who died of cancer. Then family secrets come tumbling out and it turns into the story of how the filmmaker herself came to be.

Even more unusual is the stories mass murderers tell in The Act of Killing, which sometimes looks like a Bollywood musical as it explores the slaughter of more than 1 million Indonesians. What's astonishing is that the folks staging re-enactments for the camera are the very death-squad leaders guilty of the atrocities.

OK, that's my Top 10, but if I stop there, I'll be leaving out more than half of my favorite pictures this year, so I'm going to keep going.

Quickly now, two other terrific documentaries dealt with the artistic process — Tim's Vermeer, in which a guy who's never painted before manages to re-create a 17th century masterpiece, and 20 Feet From Stardom, about the backup singers who stand behind the likes of Springsteen, Jagger and Bette Midler. That last movie made me realize that I've spent most of my life listening to the wrong voices in pop recordings.

There was some extraordinary site-specific Shakespeare this year in Caesar Must Die, where Italian convicts perform Julius Caesar near where the real Caesar was slain, and in a Much Ado About Nothing that Joss Whedon staged in his living room in Los Angeles while decompressing after he finished directing The Avengers.

The adventurous indie flick Short Term 12 filled a halfway house for troubled kids with anguish and quite a few laughs, often simultaneously. 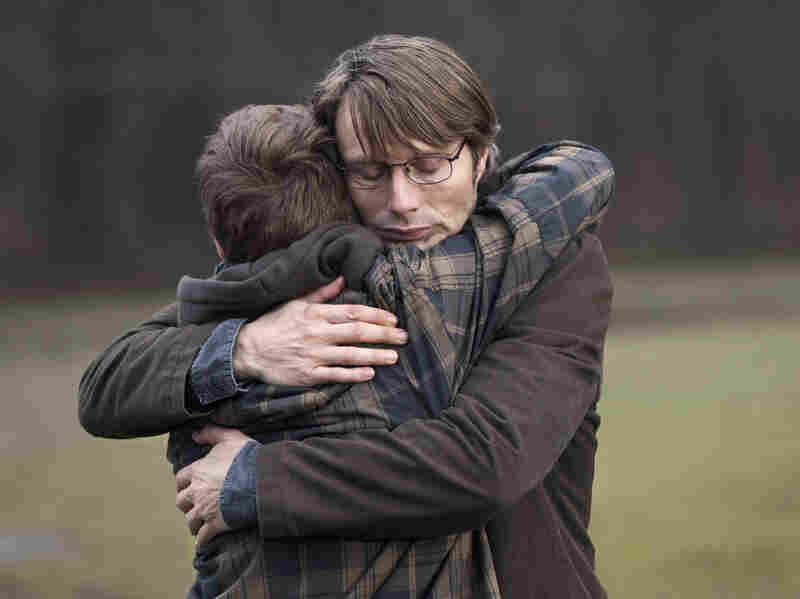 The Hunt was nominated for a Golden Globe for best foreign language film. AP hide caption 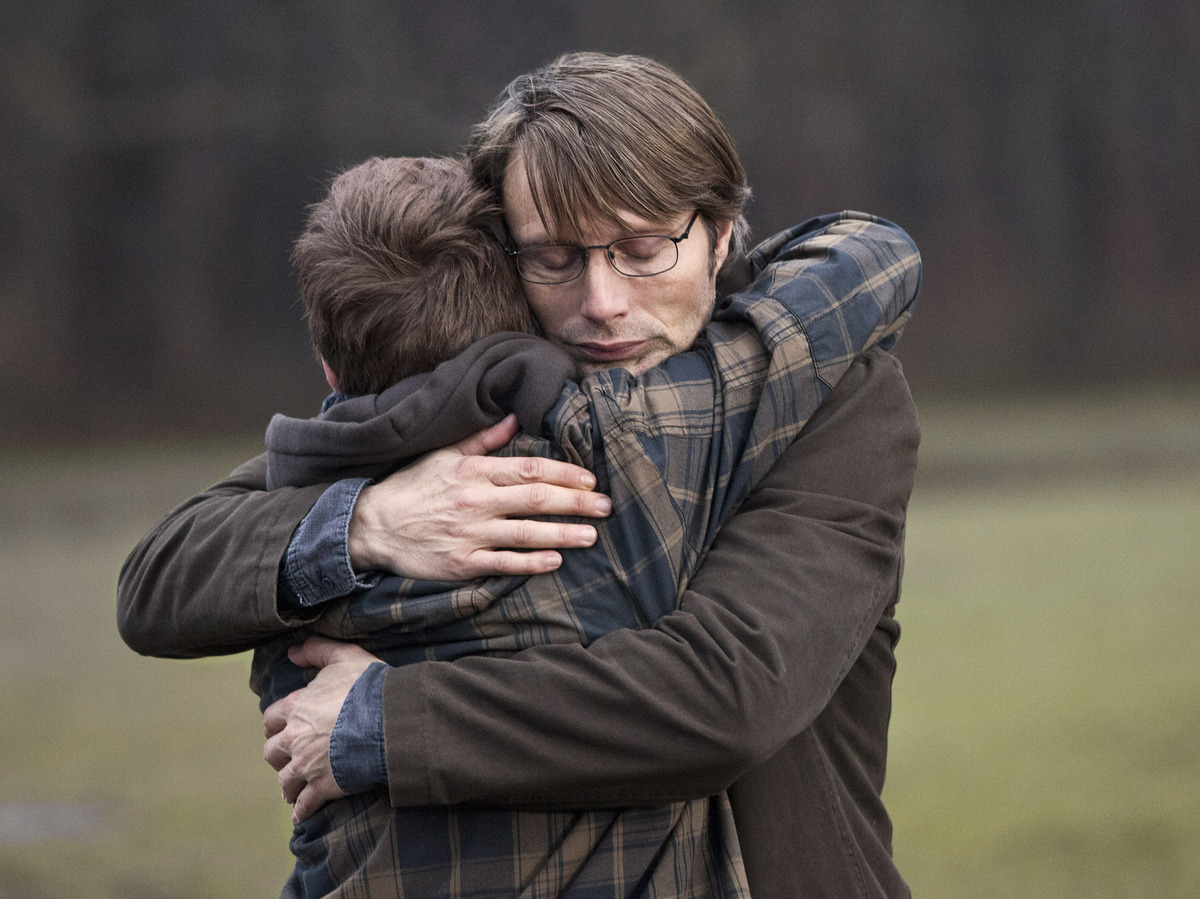 The Hunt was nominated for a Golden Globe for best foreign language film.

Two of the year's most nerve-wracking stories were torn from headlines: Captain Phillips cast Tom Hanks as the skipper of a freighter taken over by Somalian pirates. Closer to home, the indie drama Fruitvale Station followed a young black man through what would be, tragically, his final hours ... on what started as a peaceful New Year's Eve.

Also based in truth, though it was aggressively stylized, was Kill Your Darlings, the jazz- and drug-fueled story of beat poets who changed the literary landscape in the '40s: William Burroughs, Jack Kerouac and Allen Ginsberg.

Foreign filmmakers took us nearly to the edge of the world, with The Wind Rises, a ravishingly animated tale of love and aviation in Japan; The Hunt, a harrowing Danish film about an innocent man accused, and Wadjda, an exuberant Saudi Arabian picture about a girl, a bike and a glimmer of social change. And tooling entertainingly around Greece (though at the behest of American filmmakers, not foreign ones) was that talkative couple from Before Sunrise and Before Sunset, still gabbing away in Before Midnight.