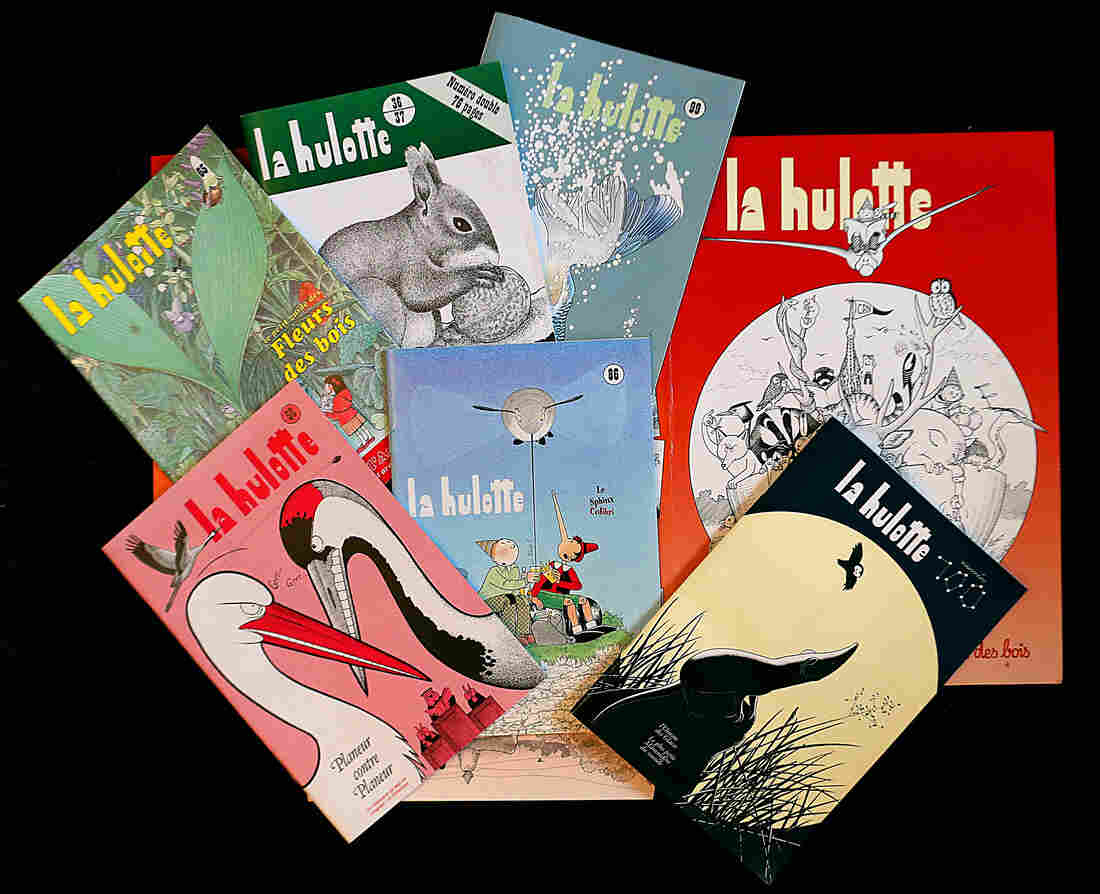 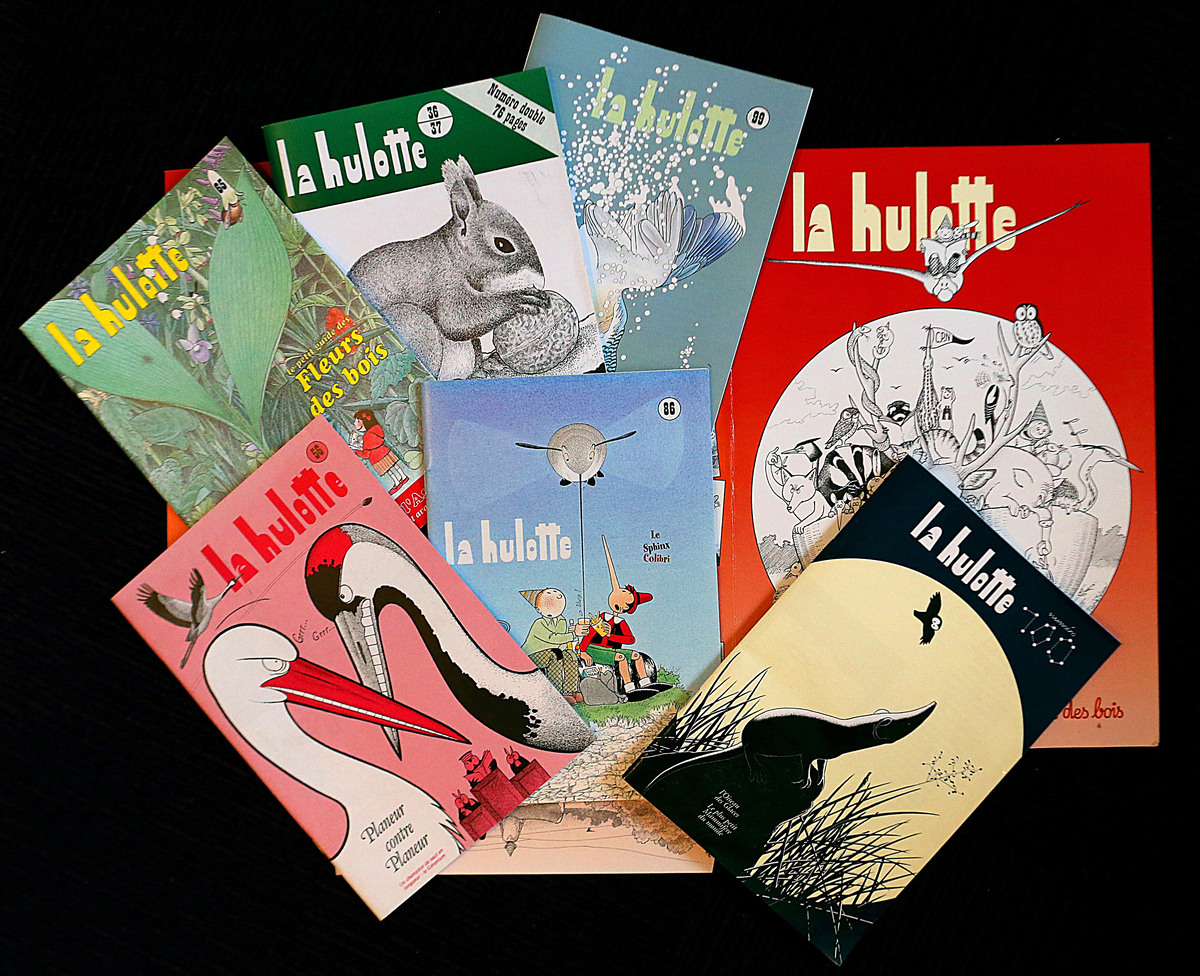 Pierre Deom has been writing and illustrating La Hulotte since 1972. He released his 100th issue (lower right) in November.

The journalism world may be in crisis, but one magazine in France has been steadily gaining subscribers for 40 years. It's a nature journal called La Hulotte, and twice a year it focuses on an animal or plant indigenous to the French countryside. The magazine published its 100th issue in November. It has more than 150,000 subscribers in many countries and is doing terrific financially.

La Hulotte has become a bible for outdoorsmen, hunters and naturalists alike; and it's written, illustrated and published by one man — 64-year-old Pierre Deom. As I pull up to his house in a tiny village near the Ardennes forest in northeastern France, Deom comes out to greet me. Aside from a stint in a midsized town while he was a student — which he says made him feel imprisoned — Deom has spent his entire life close to the woods and fields that he loves.

Deom says the story of La Hulotte begins in January 1972, when he was teaching science in a one-room schoolhouse.

"It upset me how the forests and swamps were beginning to be degraded," he says. "The word didn't really exist yet. Some friends and I wanted to call attention to the issue but didn't know where to start. So we said, 'Let's educate the kids. They're ready to hear our message.' " 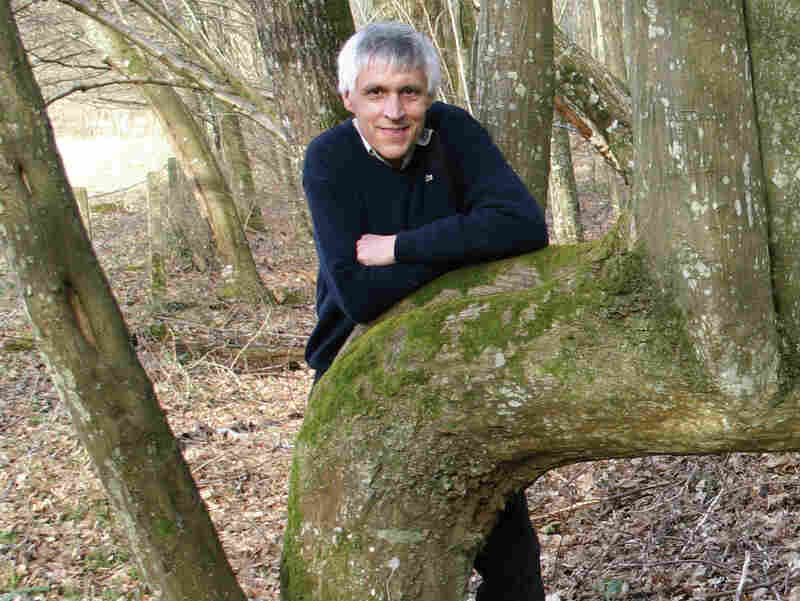 Deom doesn't anticipate running out of material for his magazine. "There are 13,000 species of flies and mosquitoes in France alone," he says. Courtesy of Pierre Deom hide caption 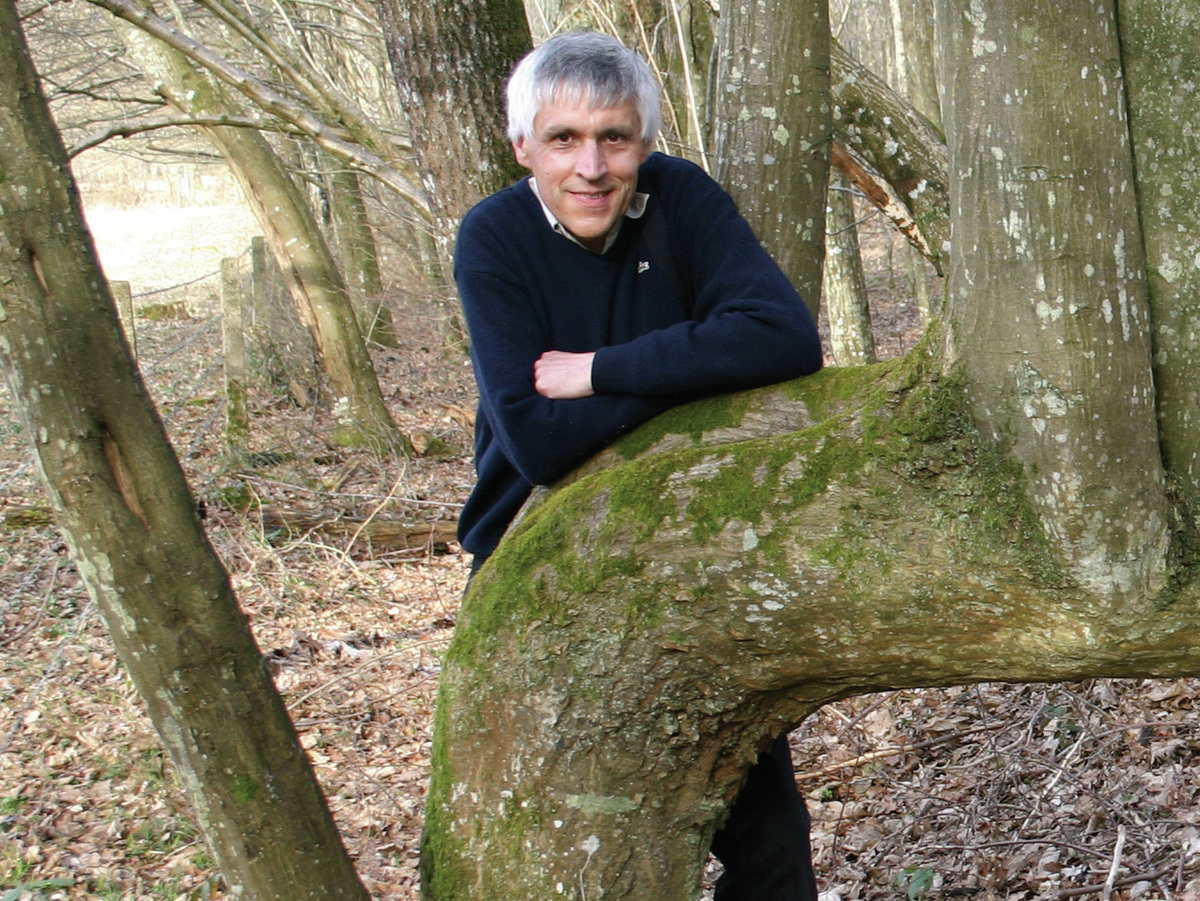 Deom doesn't anticipate running out of material for his magazine. "There are 13,000 species of flies and mosquitoes in France alone," he says.

The idea was to create nature clubs, and Deom's simple, stapled-together newsletter was only meant as a way to connect clubs. But while the clubs never took off, the newsletter did. Very quickly, Deom realized he had to choose between teaching and publishing his nature journal. That's when he took a step into the unknown.

Something For Every Reader

While much has changed since those first issues, much else hasn't. Deom still does all of the research and writing, and the illustrating by hand. He blends science and humor in his writing and drawings to depict the daily life and tribulations of his creatures. Animals you might overlook or consider ho-hum are magically and intimately brought to life in La Hulotte.

"I try to write about animals and plants that are easy to find," Deom says, "because I want kids to put on boots, take a magnifying glass and take to the woods and fields to observe and be amazed by what they find."

And it seems to work. Marine biologist Jerome Fournier began subscribing to La Hulotte when he was just 8 years old.

"For me it was the first contact with nature when I was a child," Fournier says. "And maybe it's the beginning [of] my life [as a] scientist."

What's That Clinging To The Towering Wall And Why Doesn't It Fall Off?

In The Background: Art You May Never Notice

Fournier works at the Museum of Natural History in Paris, where he says Deom is a star. He says La Hulotte has something for every reader.

"What's amazing is his approach. He has realistic drawings and also a little cast of cartoon creatures who comment on things and give a different perspective. You can read it as an adult or a child; it can be understood on two different levels. So scientists, regular people and children all get something out of it. It's extraordinary."

No Shortage Of Material

Back in the village, Deom shows me the magazine's 100th issue. It's dedicated to the world's smallest mammal, the Etruscan shrew, a teeny rodent that lives within stone walls in the south of France. Deom explains the clever way it survives.

"He has to eat nearly twice his body weight every day," Deom says. "So winter is a big problem because there are fewer insects, so he survives by turning down his body temperature for several hours if he can't find food. It puts him into a kind of torpor state and saves energy and calories."

Deom says he puts in about 1,600 hours of work for each issue. And though he works alone, he does have some help. In a renovated farmhouse next to the village church, a dozen employees help him deal with the magazine's huge popularity and fan mail — sometimes 1,300 letters a day.

On one of Deom's regular long walks in the forest, I ask if he'll ever run out of subjects for the magazine. "Oh, no, never," he says. "There are 13,000 species of flies and mosquitoes in France alone. I'll keep going as long as I can."