Accessibility links
Brazil's Social Media Boom Sparks Calls For New Privacy Laws Brazil is the world's third largest market for Facebook and the fifth largest for Twitter, and it has quickly become the largest market for Lulu, the controversial man-rating app for women. That has highlighted the country's race to pass legislation to keep up with a quickly changing society. 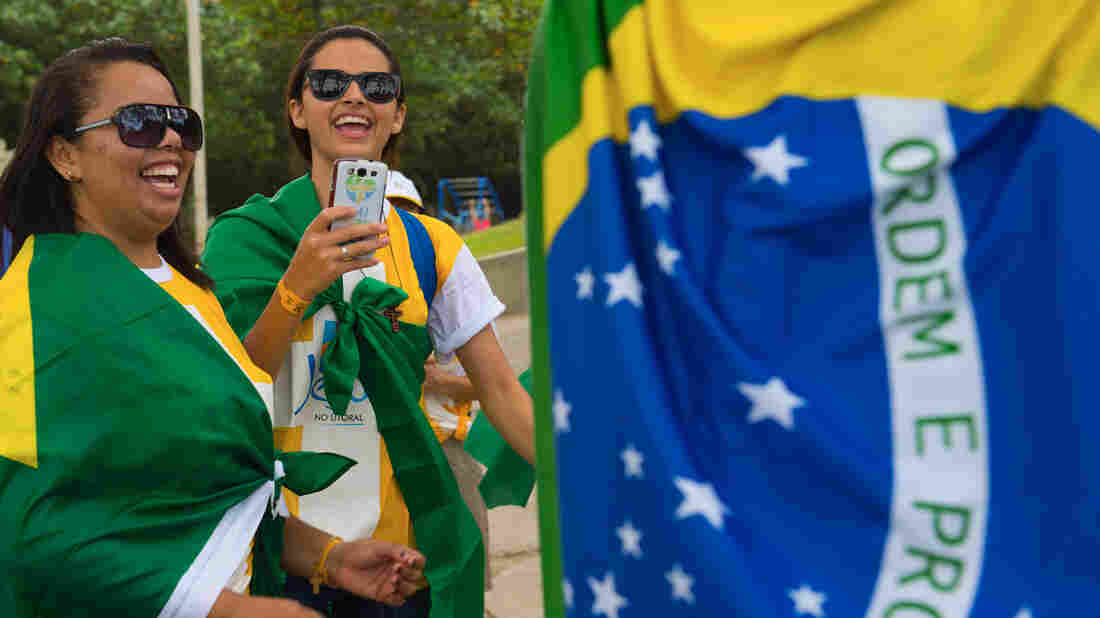 Social media is booming in Brazil, which has become a major market for both Facebook and Twitter. But Brazilian law is still in flux, and legislation is only just being created to deal with the rise of social media. Christophe Simon /AFP/Getty Images hide caption 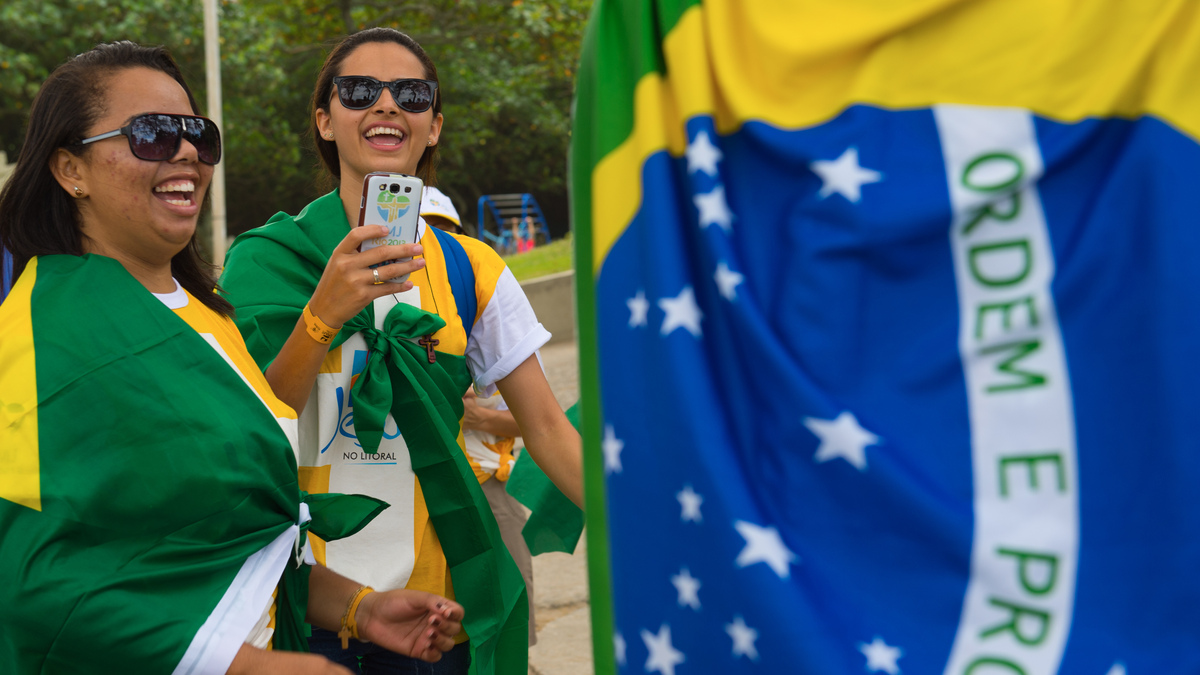 Social media is booming in Brazil, which has become a major market for both Facebook and Twitter. But Brazilian law is still in flux, and legislation is only just being created to deal with the rise of social media.

The use of social media is exploding in Brazil. It's the third largest market for Facebook and the fifth largest for Twitter.

"I think it is cool because it's a social network for what all women throughout history have always done — talk about the guys we like, the guys we think are handsome," says 20-year-old Marcela, as she taps away at the Lulu app on her iPhone.

In case you have been living in isolation in a cave in Tibet — or are older than 25 — Lulu is a girls-only application linked to a Facebook account that allows users to anonymously rate exes, current boyfriends or male friends with hashtags like #Mommasboy, #IncurableRomantic or #BurpsAndFarts, among many others.

Created by entrepreneur Alexandra Chong, Lulu started in the U.S. and took off. Its first foray into the international market was in Brazil.

An App Made For Brazil

"In the first week [in Brazil], there were 5 million visits by girls [and] 300 million profiles used," Chong said in an interview.

Social media in Brazil is booming, analysts say, because it taps into some fundamental Brazilian traits: sociability, a love of communicating and a consumer culture that prizes anything new. All of this made Brazil the obvious market for Lulu, says Deborah Singer, the company's marketing director.

Singer says Lulu makes some men uncomfortable at first. "But once they see how the app works, that it's multiple choice [and] they can't write whatever they want, overall the reviews tend to be very positive," she says. "That's when we convert them and they really start to see the value of Lulu."

But if you try to get onto Lulu today in Brazil, you'll see a banner reading: "Lulu is on vacation, happy Christmas. We are renovating during the holidays and we will be back soon."

Lulu has been faced with lawsuits by men who say their privacy has been violated, and the Public Prosecutor's Office has even launched an inquiry.

Law student Felippo de Almeida Scolari is among those unhappy with Lulu. He says a friend showed him a screen shot of his Lulu profile with all of the hashtags about him. "I got revolted because I saw things about my intimate life exposed on the Internet for anyone to see," he says.

Almeida Scolari says Facebook got his information and used it for something he didn't expressly authorize. He says the fight is to regulate privacy on the Internet, and he wants Lulu to comply with Brazilian law.

The problem is that Brazilian law is still in flux, and legislation is only just being created to deal with the rise of social media.

"In the Brazilian Constitution, freedom of expression is guaranteed," says Fernando Baptista, an independent researcher on Internet use. "But the Constitution also says there can't be anonymity in this expression. So if I rate someone, that's not the problem, but the anonymity could be. That's the debate right now."

More broadly, Brazil's Congress is expected to pass sweeping Internet legislation in 2014 that will deal with issues of privacy, among other things.

As for Lulu, it promises to be back this year and says it will now only use the profiles of men who have agreed to opt in. In the meantime, it has launched a marketing campaign to get guys to agree to be rated.