Accessibility links
Paquito D'Rivera: Live In Chicago The Cuban-born reedman has made a career out of crossing genres. So Chicago's Latino Music Festival invited him to perform with jazz and classical musicians, and the Festival's director gets involved. 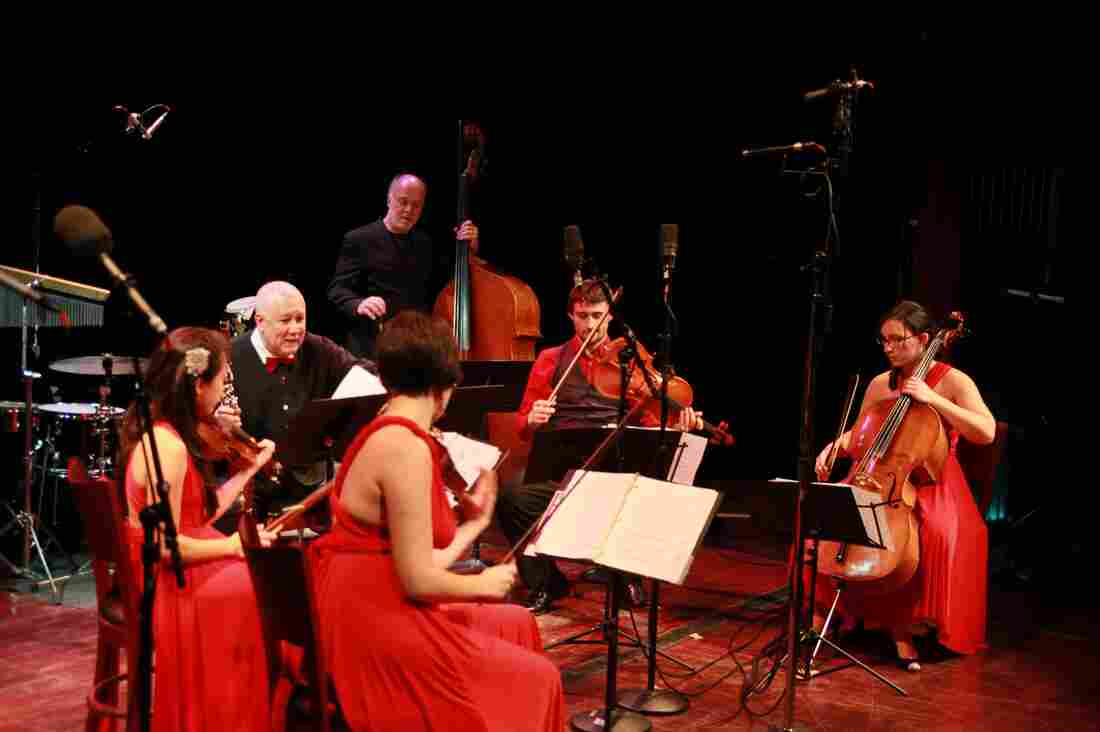 The reedman Paquito D'Rivera has made a career out of crossing genres. Born in Cuba, his larder is never out of Afro-Caribbean and Latin American sounds; he's made a name for himself as a jazz virtuoso and classical performer. Chicago's Latino Music Festival took advantage this year. Artistic director Elbio Barilari, himself a composer (and host of Fiesta! on the WFMT Radio Network, and professor, and author), invited D'Rivera to headline his festival, including a performance of Barilari's own "Musings on the Nature of Time" — a response to Mozart's Clarinet Quintet featuring the Kaia String Quartet.