Accessibility links
Book Review: 'Before I Burn,' By Gaute Heivoll Scandinavian crime novels have become so popular that some publishers even have a name for the genre — "Scandi-crime." Many of these books keep readers right on the edge of their seats. But reviewer Rosecrans Baldwin says Before I Burn by Gaute Heivoll takes a more subtle approach. 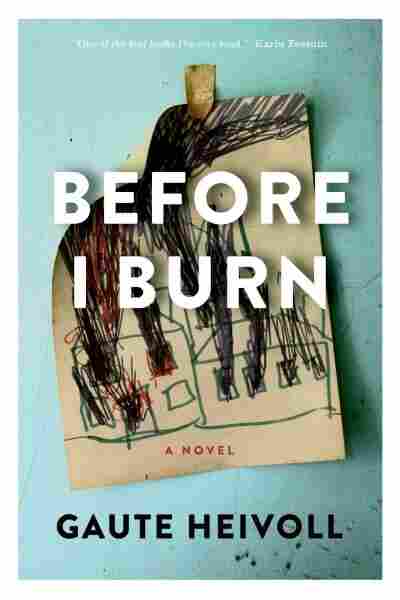 by Gaute Heivoll and Don Bartlett

Title
Before I Burn
Author
Gaute Heivoll and Don Bartlett

My favorite crime novels always combine more than one genre. Like a detective mystery that's really psychological. Or a police captain who happens to be a gourmet. Honestly, most travel books don't even get going until a body or two is discovered.

In the case of Before I Burn by Gaute Heivoll, the mashup is suspense meets memoir. It sounds a little gimmicky, but I promise it's absolutely not. Instead we have a semi-autobiographical novel that's poetic, gripping and at times even profound.

In the summer of 1978 an arsonist terrorized a small village in southern Norway. Ten fires over the course of a month. Buildings burned to the ground. Just after that — in the same week that the last house was torched — a baby boy was christened in a local church. He turns out to be our author. Thirty years later, he has come home to make sense of what happened the summer he was born.

The story follows two paths. The first is about the fires. The author goes around interviewing people he has known all his life. He wants to hear their memories about the nights they couldn't sleep, wondering which house would be next.

Heivoll's writing is terrifically sensory. The fires "... sounded as if the sky itself was being torn apart. The flames were like large wild birds twisting around one another, above one another, into one another."

I won't give away any spoilers, though Heivoll does identify the arsonist early on. The guy's a local, well-known to the community, and the mystery we have to solve is less about who did it than why.

But the book is also a memoir. Chapters about the author's evolution interweave with others about the arsonist. The parallels are uncomfortable. As a young man, Heivoll wasn't an outcast, but he couldn't connect with other teenagers. He left the village to study law in the big city. But then he quit after his father was diagnosed with cancer. His path from that point to writing is a dark one, but in the end writing is what saves him. Ultimately, the book is a portrait of two young men, one an arsonist, the other an artist.

Of course, it's impossible to fully experience another person's perspective. To know why they set buildings on fire, or why they feel compelled to write books. But Before I Burn makes a persuasive case that the novel is still the best method we've got.