Accessibility links
Broadway's 'Spider-Man' Musical Turns Off The Lights At Last By most estimates, the trouble-plagued show will have lost about $60 million when it closes tomorrow. It has been commercial theater's most stunning flop. 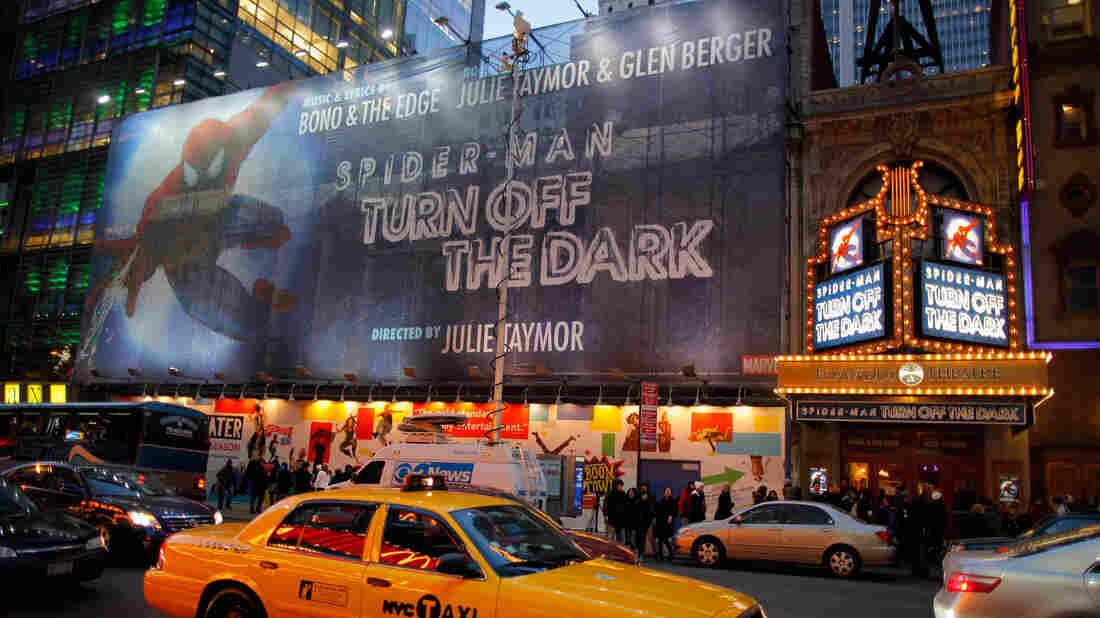 "Dark" day: On Dec. 20, 2010, actor Christopher Tierney suffered a harrowing fall and severe injuries during a performance of Spider-Man: Turn Off the Dark. The show updated its safety protocols, and Tierney returned to his roles in April 2011. Jemal Countess/Getty Images hide caption 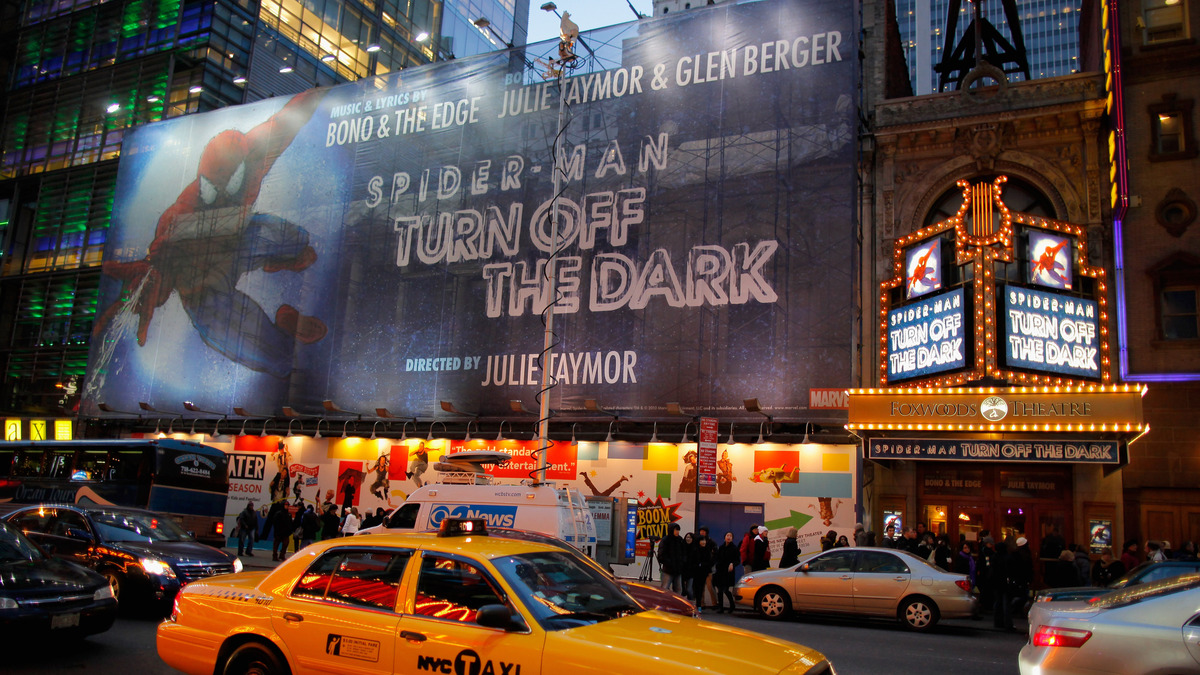 "Dark" day: On Dec. 20, 2010, actor Christopher Tierney suffered a harrowing fall and severe injuries during a performance of Spider-Man: Turn Off the Dark. The show updated its safety protocols, and Tierney returned to his roles in April 2011.

Regardless of how critics and audiences eventually responded, Spider-Man: Turn Off the Dark was always going to be one of the most-discussed shows in Broadway history. It had songs by U2's Bono and the Edge; it was directed by The Lion King's Julie Taymor; it was based on a hit Marvel franchise; there were going to be flying stunts right over the audience's heads.

And then somehow it all went very wrong, from injured actors to huge cost overruns.

"But ultimately," Gerard says bluntly, "it's a bad show."

Now Glen Berger, the show's co-author, has written a juicy tell-all memoir called Song of Spider-Man. He says that way back in 2007, when the show had its first reading for producers and investors, everyone was convinced Spider-Man was going to be a monster hit. Berger sat next to the actors, reading fantastical stage directions. 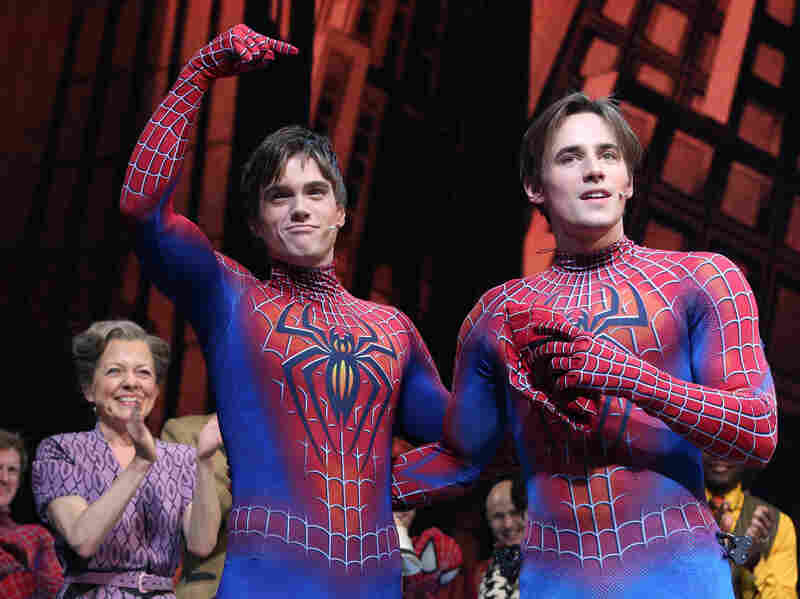 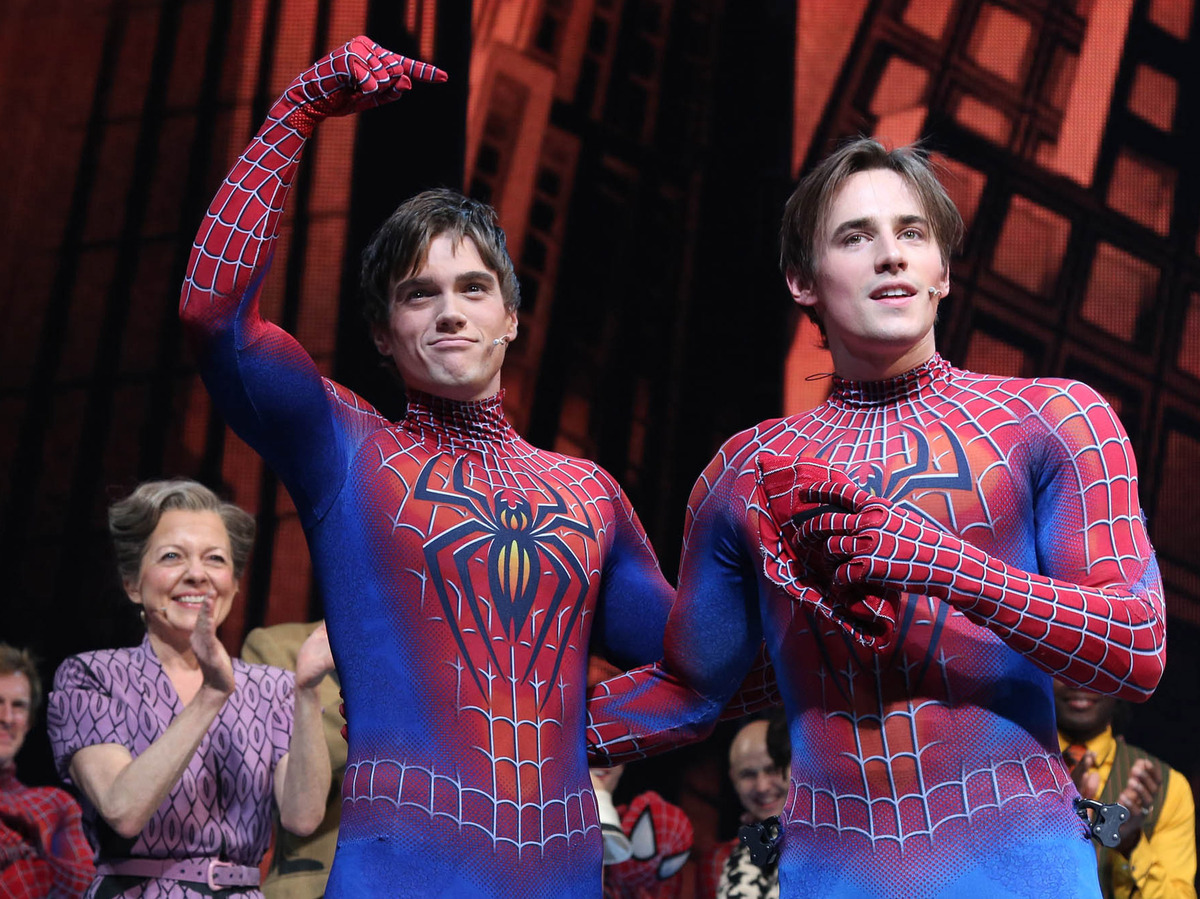 Reeve Carney (right) handed off the lead role in Spider-Man: Turn Off the Dark to successor Justin Matthew Sargent in September 2013. The show closes Jan. 4, and the Smithsonian Institution announced today that it's acquiring Carney's costume.

"Some of the things I described in the stage directions we weren't actually able to render," he says. "And so some of the story points that were perfectly clear in a reading became a lot fuzzier when we finally hit the stage."

Gerard, for his part, thinks the reliance on costly, complicated special effects might have been one of Spider-Man's first mistakes. "Most of the time when Broadway tries to be the movies, it's a terrible failure," he says.

And as Spider-Man was about to begin previews on Broadway — after a series of long, expensive technical rehearsals — it was clear that some of those effects weren't going to work at all. Take the million-dollar spiderweb that was supposed to hang over the audience at the end of the show for a spectacular battle sequence.

"It turned out that the web net, they just couldn't get it to work," Berger recalls. "It just kept catching on things, and so they scrapped it. And suddenly we didn't have an ending."

When the show gave its first preview in November 2010, it was plagued by technical difficulties. Actors were left dangling above the audience, and the show fast became a Twitter phenomenon. As months of previews went by, Spider-Man turned into the center of a media feeding frenzy. Stephen Colbert joked that it might be changing its title to Spider-Man: Notify Next of Kin.

'Spider-Man': Worked Over And Reworked, Does It Work Better Now?

Critics, tired of waiting for the show to invite the media, bought tickets and gave scathing reviews. Michael Cohl, Spider-Man's lead producer, says he took some of that criticism to heart and asked Julie Taymor to make significant changes to her directorial vision.

"She was absolutely convinced that her vision and her show was going to make it," he says. "We were convinced of the opposite, 'cause it had been playing for four months."

Long story short: Taymor was sacked, and a new team was brought in. The show closed for 3 1/2 weeks for major revisions, only to reopen to equally scathing reviews.

"By opening night, I think, the chance of getting an objective review, you know, had gone out the window," Glen Berger says.

Still, audiences came. The show ran for more than 1,000 performances, but everyone agrees that Spider-Man was ultimately done in by impossibly high operating expenses; it cost between $1.2 million and $1.4 million to stage each week. Jeremy Gerard thinks the loss will be epic.

Cohl, the producer, has plans to take versions of Spider-Man to Las Vegas, on an arena tour, and to Germany — but no firm plans, at least not at the moment.