Accessibility links
Book Review: 'The Worst Journey In The World,' By Apsley Cherry-Garrard Just as the passengers aboard the MV Akademik Shokalskiy thought they had escaped the Antarctic ice, word came that the Chinese ship that rescued them might be stuck as well. Poet Jynne Martin recommends a book to put the situation in perspective, one that tells the story of an expedition that was doomed from the start. 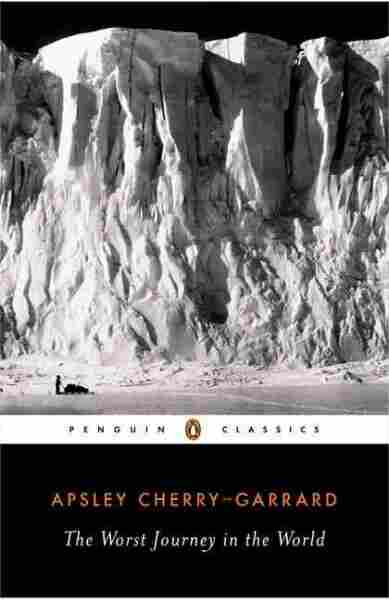 The Worst Journey in the World

Title
The Worst Journey in the World
Author
Apsley Cherry-Garrard

Jynne Martin is a poet who recently served as Antarctica's writer in residence.

If like many East Coasters, you had a miserable commute today through the blinding snow, just remember that it could be worse. You could've been one of the 74 passengers and crew aboard the ship trapped in Antarctica sea ice on Christmas Eve, who waited a week to be rescued, then got stuck again, enduring high winds, freezing cold, and what must have been a painful number of Crazy Eights games. 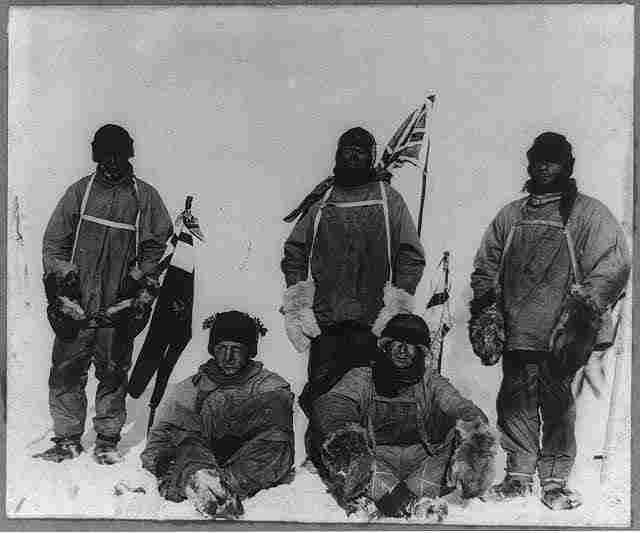 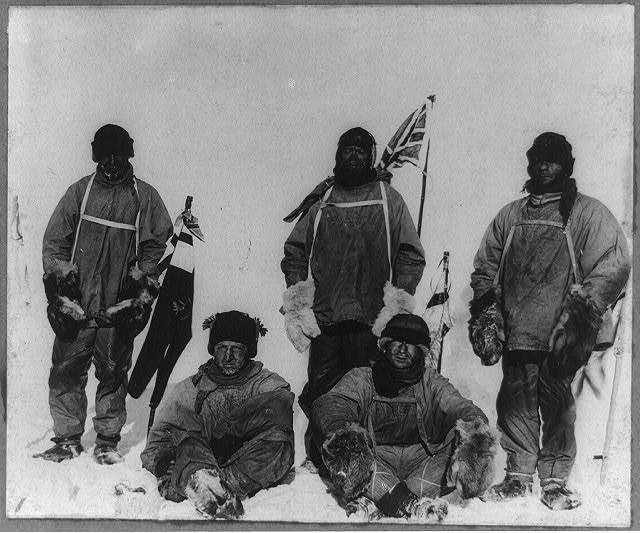 If you think you can imagine how miserable it must've been to be a mild-mannered British chap, dressed in reindeer skins that were frozen solid, 10,000 miles from home, eating little besides stale biscuits, and trying to be first to reach the South Pole, well, actually you can't. At least not without reading Apsley Cherry-Garrard's masterpiece, The Worst Journey in the World.

"Cherry" was one of the lucky who survived Scott's expedition, and his story about their journey is heart-stopping. With every page, you think their situation can't possibly get any worse; and then it does. That cracking sound you hear? Oh, just the sea ice breaking apart and floating away with your supplies and horses. The sudden strange cold on your face at night? One hundred mph winds just carried off your only tent. Blinded by endless blizzards? Right, compasses don't work this close to the magnetic pole; good luck finding your way.

After a brutal many-month struggle to be first to reach the South Pole, the British team arrives only to discover that the Norwegians beat them by a handful of weeks. As if that weren't demoralizing enough, they still faced a two-month journey back through minus-80 degree weather; their attempt to make it to base camp alive is riveting, even if you know from history books that the primary team is doomed to die of cold and starvation.

Cherry had been forced to turn back early in part because his glasses were always fogging up — leave it to the British to bring a near-sighted historian to the icy wilderness — and he waits for his friends to return in vain. What makes Cherry's story much more endearing than the usual ego-driven adventure narrative is that instead of breathless bragging, we get understated British humor: Early on he tells us, "The minus thirties and forties are not very cold, as we were to understand cold afterwards, but quite cold enough to start with."

And as he beautifully says later, even after the death of his closest friends, "There is many a worse and more elaborate life."