Accessibility links
For The Blind, Connected Devices Create A Novel Way To Read Braille hasn't changed much in the nearly 200 years it's been around. But with tablets, smartphones and e-readers, how we read things has. Judy Dixon of the National Library Service for the Blind and Physically Handicapped talks with NPR about how technology has changed Braille — and whether it can endure. 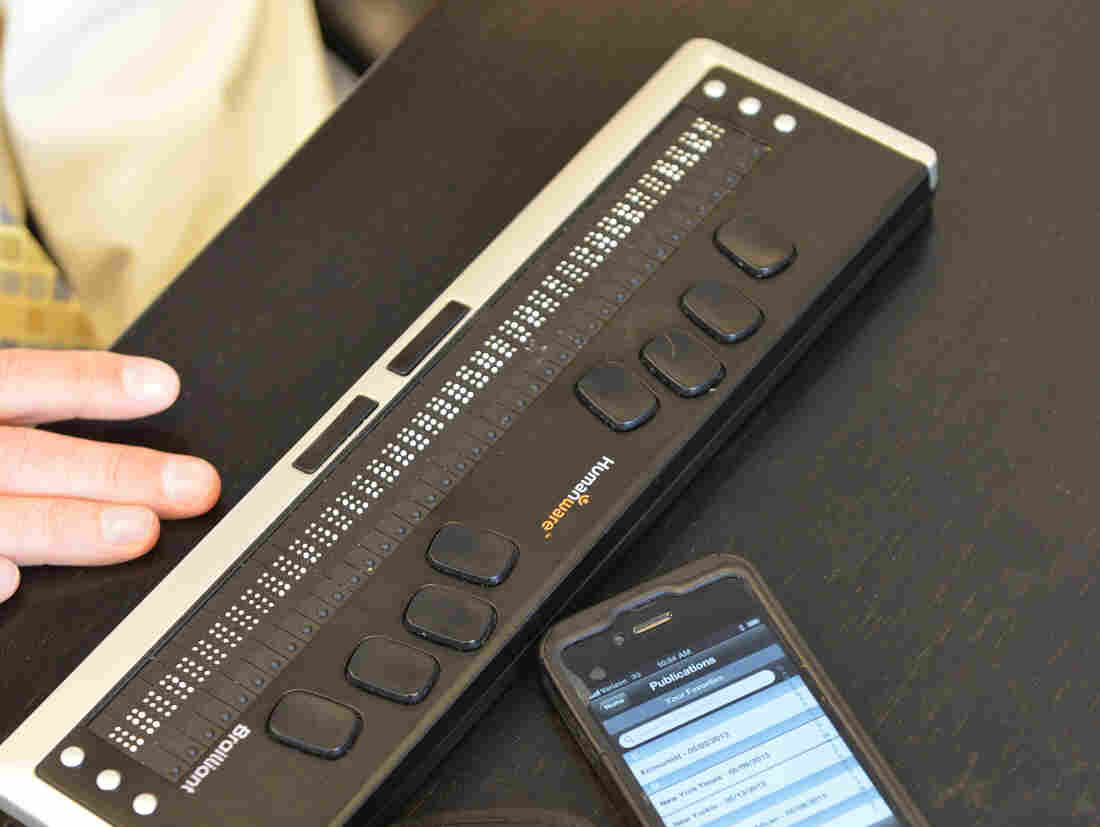 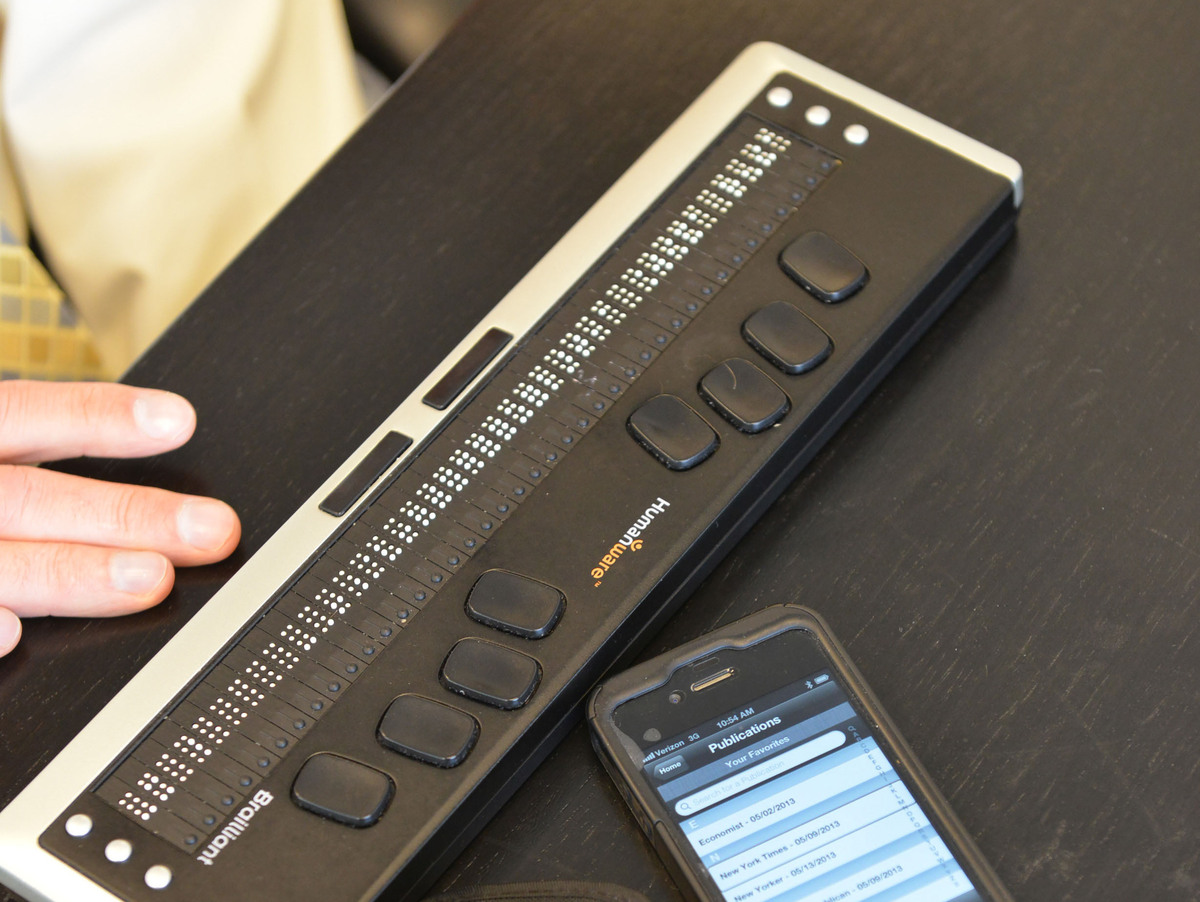 This Braille reader connects to a smartphone.

Saturday is World Braille Day, commemorating the birth of Frenchman Louis Braille, who was blinded in an accident when he was a toddler. Undeterred, he became a brilliant student but was frustrated that he couldn't read or write.

In school, he learned about a system of dots used by soldiers to communicate at night. Braille adapted that system into something that would transform the lives of the blind and visually impaired.

Almost 200 years later, Braille hasn't changed so much. But with the advent of computer screens, tablets, smartphones and e-readers, the way we read things has. Judy Dixon, with the Library of Congress' National Library Service for the Blind and Physically Handicapped, speaks with NPR's Audie Cornish about the ways technology has changed Braille reading over the past few decades.

The Braille technology really started taking off in the early '80s with the development of devices that we call refreshable Braille displays, and they're small boxes [of] different sizes. ...

This device that's in front of me I have connected to an iPhone, and I have the app BARD Mobile, which is an app that was developed by the National Library Service for the Blind and Physically Handicapped to read our Braille and audio books.

I feel now that I can read almost anything that's published in one way or another.

I feel now that I can read almost anything that's published, in one way or another, between my iPhone, my Kindle. The other kinds of Braille displays also can be connected to computers, so any book or document that can be read on a computer can be read with a Braille display.

On the accessibility of Braille devices

The major drawback of refreshable Braille devices is that they are expensive. These devices are in the thousands [of dollars]. So a smaller version like this 14-cell unit that I have here would be about $1,500. Larger units, a 40-cell, would be in the neighborhood of [$3,000] to $4,000, and the prices go up. So these prices are somewhat prohibitive for many people.

If a way of making Braille cells can be found that uses a mainstream technology that was in many, many devices and was pennies per unit, then Braille devices could be made for perhaps a few hundred dollars, and could be affordable by all Braille readers.

On whether she thinks Braille could endure for another 200 years

It's hard to imagine what will come along that could replace Braille for us. Audio is a linear experience — the words come, they go. But with Braille, I can see the word, I can see how it's spelled, I can see how the punctuation is. I don't have to wonder if a word has one T or two T's. It just is something I observe when I read a Braille word under my fingers. ...

I personally am kind of a visual learner — I don't take things in well [with] audio. If I see it in Braille, I remember it, because it goes into my visual memory.