Accessibility links
Ice Cube Sculptures, Tulips And Death: A 2014 Poetry Preview There's a lot to look forward to in the upcoming year, including collections about religious faith, books that push the boundaries of what we can call poetry and some poems that are too hot for your average English class. Critic Craig Morgan Teicher walks us through the highlights of the year ahead. 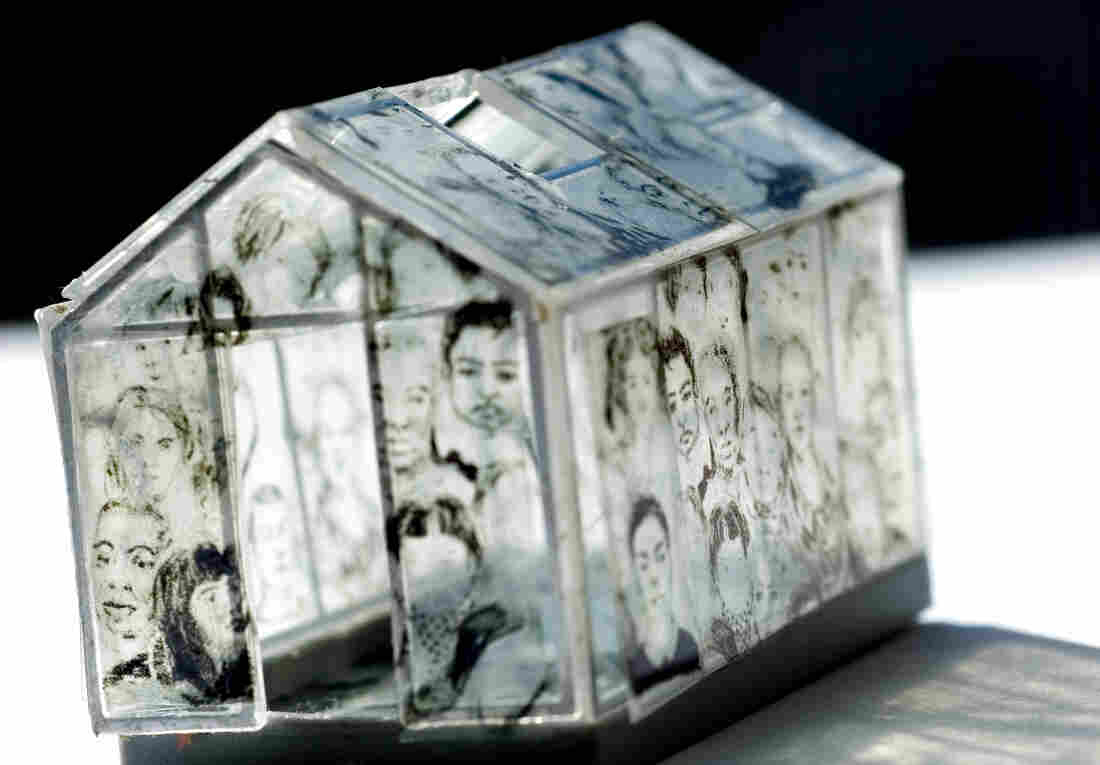 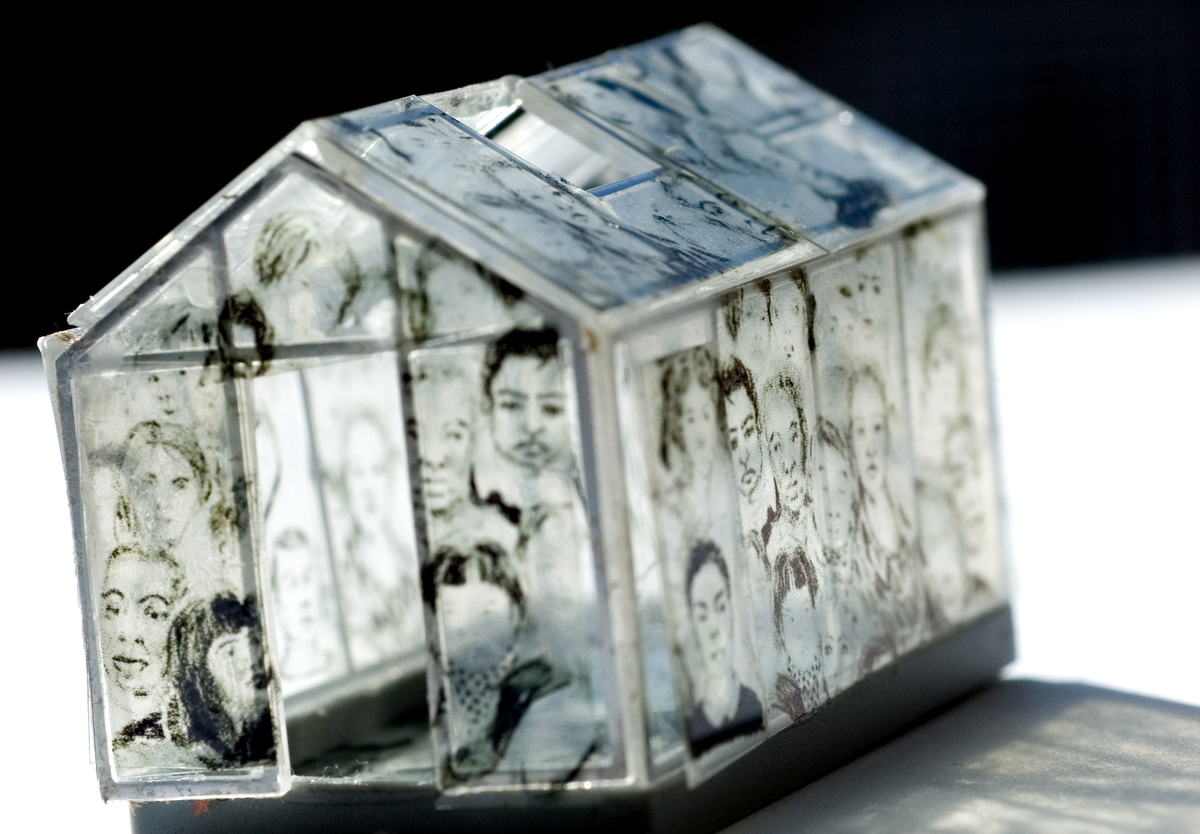 What's in store for us in 2014? Season 3 of Girls and Homeland sans Brody. The dawning of the smart watch. Smoother sailing for healthcare.gov? Growing tensions in Russia and Syria. It's enough to make one giddy and terrified all at once — thankfully, we have poetry to express all our powerful and conflicted feelings.

In the next 12 months, look out for books about religious faith (by Jericho Brown and Spencer Reece, among others), a book or two pushing the boundaries of what can be considered poetry (Matthea Harvey), and a few books literally too cool (or hot) for school: don't expect to read new poems by Mark Bibbins or Rachel Zucker in your 10th grade English class. Here's an idea for a great New Year's resolution: read more poetry! This handful of collections, which deserve a place on your permanent poetry shelf, should help you keep it.

If the Tabloids Are True What Are You?: Poems and Artwork

Title
If the Tabloids Are True What Are You?
Subtitle
Poems and Artwork
Author
Matthea Harvey

A book truly unlike any other, Harvey's new collection mixes poetry, photography, miniature sculpture within ice cubes and what can only be called "crafts" — sewn images, among other things — into a kind of microcosmic museum between covers. There's no way to describe it, except to say that it must be read and seen to be believed, if not quite understood. Harvey is a genius of the unusual, and of the dark underbelly of the adorable; she is one of our most important poets, and this book proves it. August.

Two books in one, The Pedestrians combines a sequence of fables about a highly pressurized, but not unusual, domestic life — "They slept in the smoke-drenched bed or rather the husband snored and sputtered and she lay awake and unseeing under her chilled eye mask" — with a group of confessional lyrics that reveal dreams, city life, sex, love and parenthood: "I don't want to have coffee or not have coffee / or listen to the This American Life podcast on infidelity / which makes me tired b/c I don't want to have sex w// anyone." Zucker reminds us how wild contemporary poetry gets when it spends Saturday nights at home. April.

Bibbins is today's poetry's hipster cynic. His poems are laugh-out-loud funny, but they just can't stand the way things are turning out, despite some delight on the way to bad ends: "how do we delete/ what's onscreen when someone put a foot/ through it last night," he wonders. Here, pop music and the Internet butt heads with the eternal. The book's a little crazy, packed with air quotes and brackets, jokes and condemnations, forms that explode across the page. Crazily enough, it's also packed with truth. April.

Gizzi's poems blend the most enduring experimental techniques — sudden jumps, seemingly missing bits of info, reverence for the obscure — with god-awful heartbreaking emotional outbursts, sheer sweetness and hurt naked on the page. His blunt declarations become sudden questions, for which the answers are only more poems. "The present is always coming up to us, surrounding us," he writes in the title poem. "It's hard to imagine atoms, hard to imagine hydrogen & oxygen binding, it'll have to do." This selection brings together poems from his hard-to-find first two books with his picks for the best of his more recent three. What is contemporary poetry about? Gizzi has one plausible answer. March.

The Road to Emmaus: Poems

Reece follows up his acclaimed first book with a gorgeous series of poems in verse and prose about a middle-aged man's coming to terms with religious faith, going as far as becoming a priest, a hospital chaplain, and a quiet chronicler of everyday suffering. "It is correct to love even at the wrong time," he writes of a visit to newborns in an ICU. Reece's style is straightforward, but always graceful, understatedly beautiful. These poems compassionately describe all the stops along this journey, which leads across America and elsewhere, always inviting readers to respond: "it was an interview, much of life is an interview." April.

What could be better, or harder, than death and birth in one book? Young is our prolific chronicler of the state of the African-American union, but also of fatherhood, of son-hood. These poems counter the grief of the father's death with the bewildering joy of a child's birth. This is mourning with its feet on the ground — of the dead father's dogs, Young writes, "Their grief is colossal// & forgetful./ Each day they wake/ seeking his voice,//their names." He also evokes new fatherhood with all the grit: "Like the rest of us," he says to his newborn son, "You swim// In your own piss." Young has captured true adulthood between the covers of a book. March.

In his second collection, Brown treats disease and love and lust between men, with a gentle touch, returning again and again to the stories of the Bible, which confirm or dispute his vision of real life. "Every last word is contagious," he writes, awake to all the implications of that phrase. There is plenty of guilt — survivor's guilt, sinner's guilt — and ever-present death, but also the joy of survival and sin. And not everyone has the chutzpah to rewrite The Good Book. August.

The Old Woman, the Tulip, and the Dog

Title
The Old Woman, the Tulip, and the Dog
Author
Alicia Suskin Ostriker

Ostriker's new book takes a simple formula — each three-stanza poem contains a response from an old woman, a tulip, and a dog to a particular topic — and spins gorgeous and accessible lines, often about religious faith. In one poem, the old woman "feel[s] the hand of God inside my hand/ when I write"; the tulip sees "the goddess ... waltzing in the world around me," while the dog thinks "theology is bunk but the springtime wind is real." Readers looking for poetry's consolation will find it here, but also its capacity to narrate life's complexities — "my heartbeat is funny I'm afraid/soon I won't be able to drive/ said the old woman" — and constant reminders that there is no single answer to any question. January.

Those are eight must-reads for the year ... want a few more?

A Woman Without A Country, Eavan Boland. TBD.
Boland is one of Ireland's most important poets, and among the major writers from anywhere writing in English. A new book from her is an undeniable literary event.

Blood Lyrics, Katie Ford. October.
Ford possesses a subtle brilliance; her poems move slantwise, piercing to the heart of whatever matter is under her pen. In this case,that's the strangeness and fear that accompanies a trying new motherhood. Her work is unsung, and it's time people start singing about it.

Plundered Hearts, J.D. McClatchy. March.
McClatchy has long been crafting elegant, powerful poems of eros and ideas, drinking deeply from the well of myth, bringing it cupful by cupful into the present. This first retrospective should bring new readers to his work.

In a Landscape, John Gallaher. October.
For years, Gallaher has been writing Ashbery-inflected lyrics as funny as they are insightful. In this, a book-length sequence and his best book to date, he jumps long associative distances while also narrating his own experiences as a person, poet, and parent.

And, if you want to dig even deeper, look out for the Collected Poems of Mark Strand; Faithful and Virtuous Night, a new book by Louise Gluck; All You Ask For is Longing, the selected poems of Sean Thomas Doherty; and A Hotel in Belgium, the long-awaited debut from Brett Fletcher Lauer. It's going to be a fun year in Poetrytown.