Accessibility links
Interview: Jimmy Santiago, Author Of 'Singing At The Gates' Jimmy Santiago Baca began writing poetry while he was serving a five-year sentence in prison. His new anthology tells the story of his journey to becoming a celebrated Chicano poet. 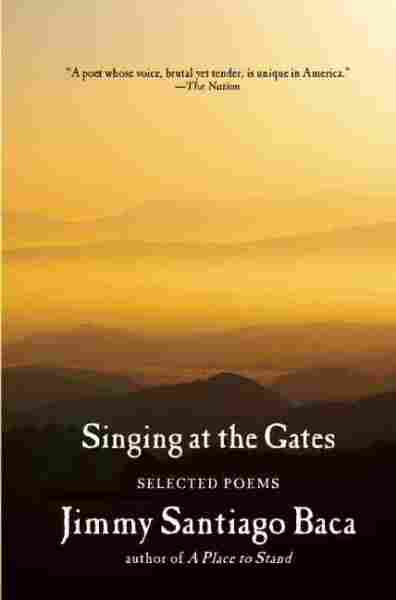 Singing at the Gates

When Jimmy Santiago Baca was 20, he was convicted of drug charges and sentenced to prison. He was illiterate when he arrived at the Arizona State Prison. When he got out five years later, he was well on his way to becoming one of America's most celebrated poets.

Baca writes about oppression, love and migration, and his poems range from just a few lines to many pages.

A new anthology of his work called Singing at the Gates tells the story of his life in poetry, from prison to renown. The anthology begins with a series of letters Baca wrote from prison to a woman named Mariposa. The letters are themselves poems, and are some of the first things he ever committed to paper as he learned to read and write.

Jimmy Santiago Baca spoke with NPR's Arun Rath about his long career. You can hear Baca read from two of his longer poems, Singing at the Gates and Rita Falling from the Sky, below.

On the Mariposa Letters

When I was in prison a man named Will Inman, who had one of the first bilingual journals along the border, called Illuminations, introduced me to a woman named Mariposa, the butterfly. And as we began to write letters to each other, I think American poets reveled in the epistolary form and for myself it became the resource and the instrument by which I would excavate my voice. I must have written at least a thousand letters to her.

On being illiterate as a young man

On those who helped him learn to read

I had people from the outside sending me books. I had people from death row giving me the books that they were reading after they read them. I had correspondences with other writers that were writing me after I learned how to write. It was phenomenal.

On the origins of his style

I was looking to permutate in such a way that I could give honor to my grandmother by expressing her experience. A grandmother who never got paid more than a dollar a day for picking in the fields. The work that I began very early on was a homage to those who were silenced by oppression. My job was to get up on my feet and continue forth, and I did that through language.

Read an excerpt of Singing at the Gates