Accessibility links
Despite Scandals, Nation's Crime Labs Have Seen Little Change Last year in Massachusetts, chemist Annie Dookhan was sent to prison for falsifying drug tests. Her misconduct tainted thousands of cases, and was one of the largest crime lab scandals in U.S. history. Critics say it raises a larger question: Do forensic analysts serve the truth, or the prosecution? 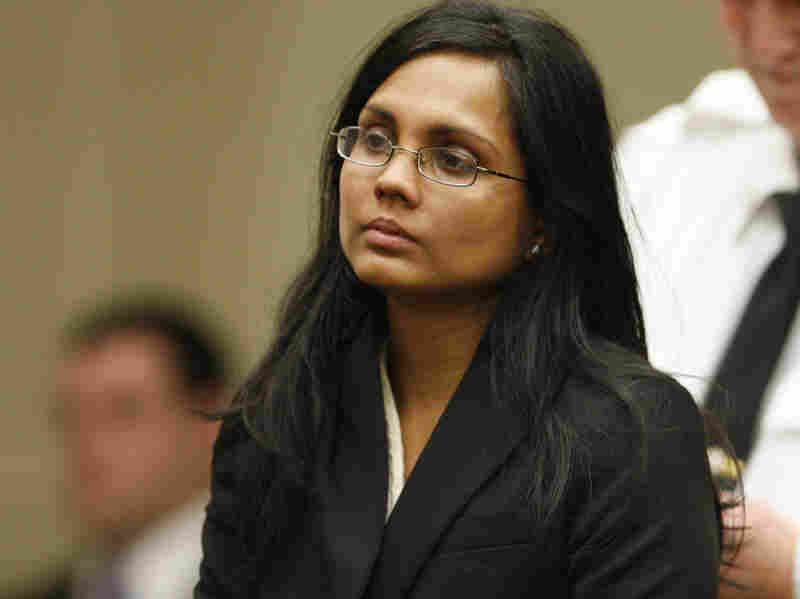 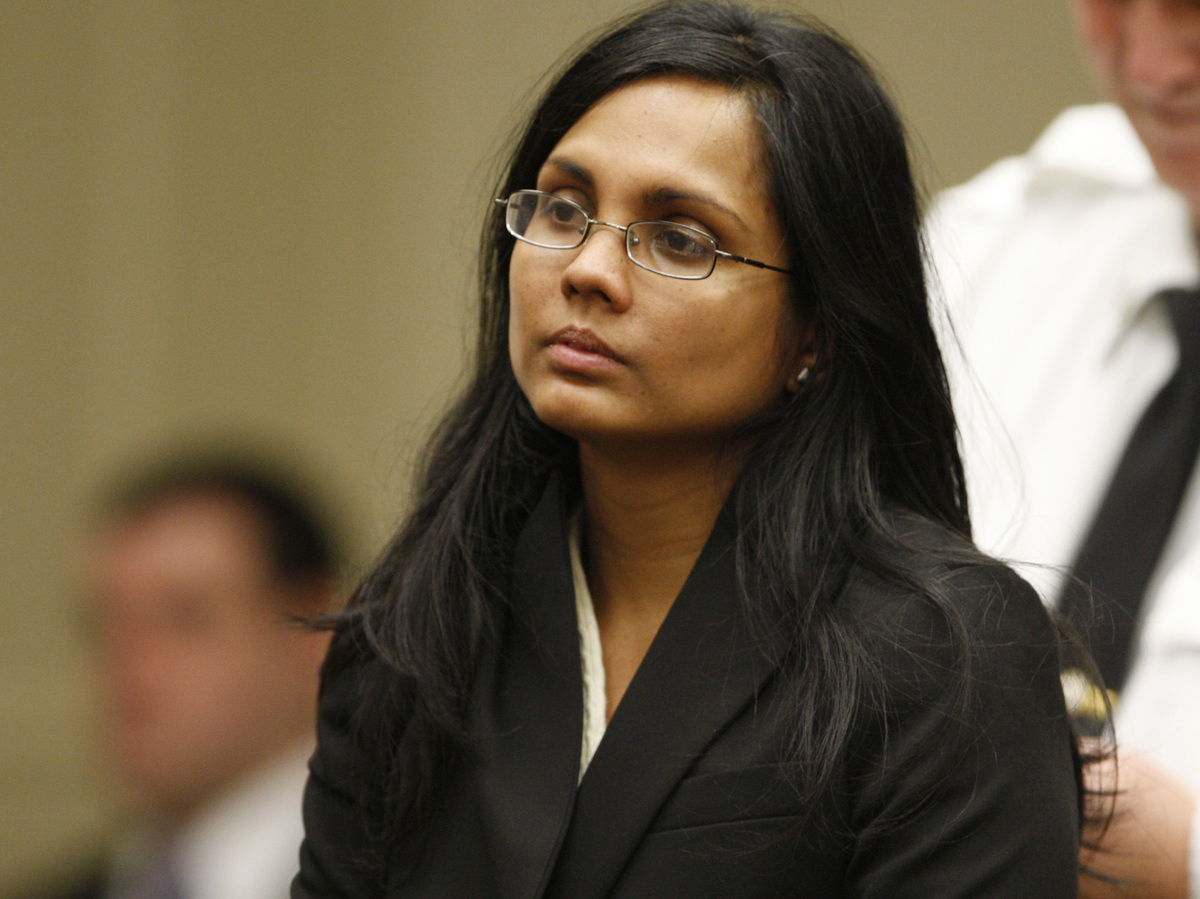 Annie Dookhan, a former chemist, during her arraignment in Brockton, Mass., in January 2013.

The nation's crime labs are no strangers to scandal. Last year in Massachusetts, bogus testing by former chemist Annie Dookhan called into question tens of thousands of cases and led to the release of more than 300 people from the state's prisons.

There are currently no uniform standards or regulations for forensic labs. Congress could take up legislation this year to improve oversight, but critics are skeptical.

Dookhan was sent to prison in November for falsifying drug tests, but many of the criminal cases affected by her misconduct are still in limbo.

"We're basically in this holding pattern where we keep waiting," says Boston defense attorney Todd Pomerleau, who represents about two dozen people convicted based on Dookhan's tests. "We've been waiting for the proverbial day in court."

When the scandal broke in August 2012, those incarcerated based on evidence Dookhan had tested did have a day in court. Many were identified immediately, and had their sentences stayed. More than 3,200 "drug lab" court hearings have been held.

Matt Segal, legal director of the American Civil Liberties Union of Massachusetts, is looking at legal ways to try to get the state to deal with the affected cases more quickly.

"The state has already spent hundreds of millions of dollars on this scandal, and what have we gotten for that expenditure? The answer is almost nothing," Segal says. "Certainly hasn't been justice; it hasn't been a better approach on the drug war."

Prosecutors say they're waiting for a court ruling on how to deal with all of the affected cases, and an investigation into all lab operations.

Massachusetts has the nation's largest lab scandal, so defense attorneys there are now more likely to question forensic testing, says Pomerleau, and to scrutinize the analyst involved — especially because Dookhan was convicted of lying about her credentials.

"She's testifying under oath apparently that she had a master's degree, and the Commonwealth couldn't even confirm whether she went to the school?" Pomerleau says. "I require my interns to show me a transcript, and apparently the lab had different protocols in place for employment."

The forensic science community is not like any other community. It's not beholden to anyone other than the police and prosecutors. The question is: Are we creating crime fighters, or are we creating scientists?

In fact, there are no national regulations governing forensic analysts' credentials, and no uniform standards for the labs themselves. And there is more than one group that accredits labs.

The nonprofit that accredits most of the crime labs in the U.S. is the American Society of Crime Laboratory Directors/Laboratory Accreditation Board (ASCLD/LAB). Its chief operations officer, John Neuner, says that accreditation can only go so far, and that the issue in Massachusetts probably was deeper.

"It just sounds like an ethical issue," Neuner says. "Certainly a laboratory can have all the policies and procedures in the world, but if you don't have ethical people working there, then you're going to have problems."

Accreditation from Neuner's group lasts for five years. It requires yearly inspections, which are announced, and corrective action plans are drawn up if violations are found. Neuner says that to his knowledge, no lab has ever had its accreditation revoked. The now-closed Hinton Drug Lab, where Dookhan worked, was not accredited. But forensic consultant Brent Turvey says that might have made things worse.

Turvey says there have been at least 12 crime lab scandals in the U.S. in the past two years. With more criminal cases relying on forensics, he adds, lab oversight is something Congress needs to address.

A report to Congress raised that same question five years ago, but there has been little movement toward change. In the Senate, Patrick Leahy of Vermont and John Cornyn of Texas are working to introduce legislation this year, according to a spokesperson.

In Massachusetts, most forensic testing is now overseen by state police. A chemist who had worked with Dookhan but was moved to the state police lab after the scandal broke was fired in November — for lying about her credentials.