Accessibility links
Robert Indiana: A Career Defined By 'LOVE' No Longer In 1968, the Museum of Modern Art bought his painting LOVE and made him a star. It became a sculpture, a stamp, greeting cards — and it obscured the rest of his career. Now the first major retrospective of Indiana's work has begun a national tour at the Whitney Museum of American Art.

In 1968, Manhattan's Museum of Modern Art bought a painting called LOVE — and made artist Robert Indiana famous. It became a sculpture, a stamp, greeting cards.

And it obliterated the rest of Indiana's career. The artist has been pretty much ignored by the art world for the past few decades. Not sneered at, he says – just ignored.

"I wasn't aware that I was disrespected," he says, in a raspy baritone. "I've only been neglected."

Indiana stands in front of the familiar image: four red-block letters, two over two, the O tilted, the background in squares of deep blue and green. When MOMA director Alfred Barr acquired the work, the 40-year-old painter became an art-world star.

"It took off after that," he says. "LOVE bit me. It was a marvelous idea, but it was also a terrible mistake. It became too popular; it became too popular. And there are people who don't like popularity. It's much better to be exclusive and remote. That's why I'm on an island off the coast of Maine, you see." 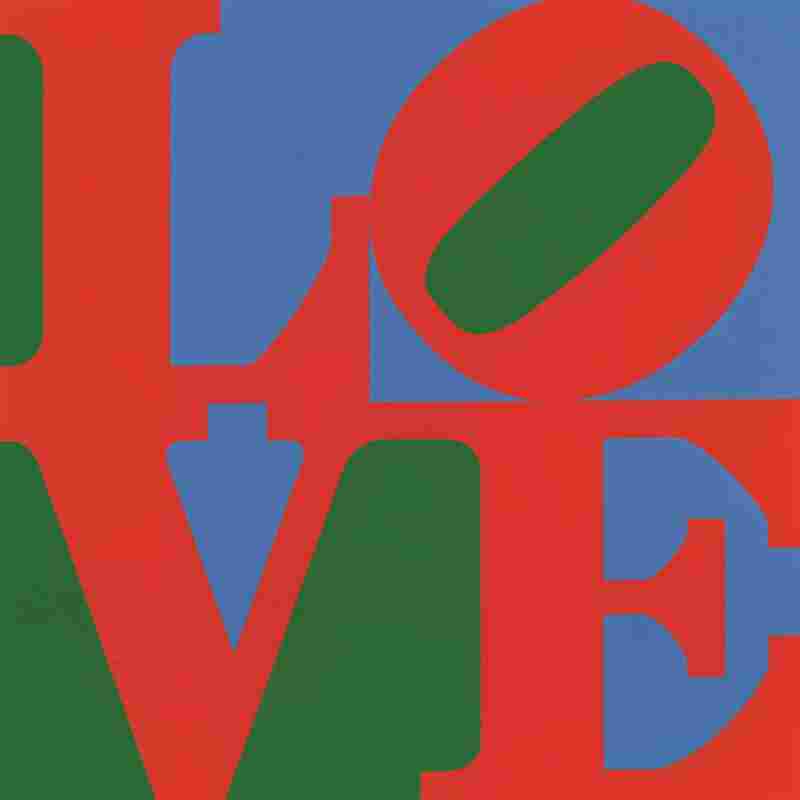 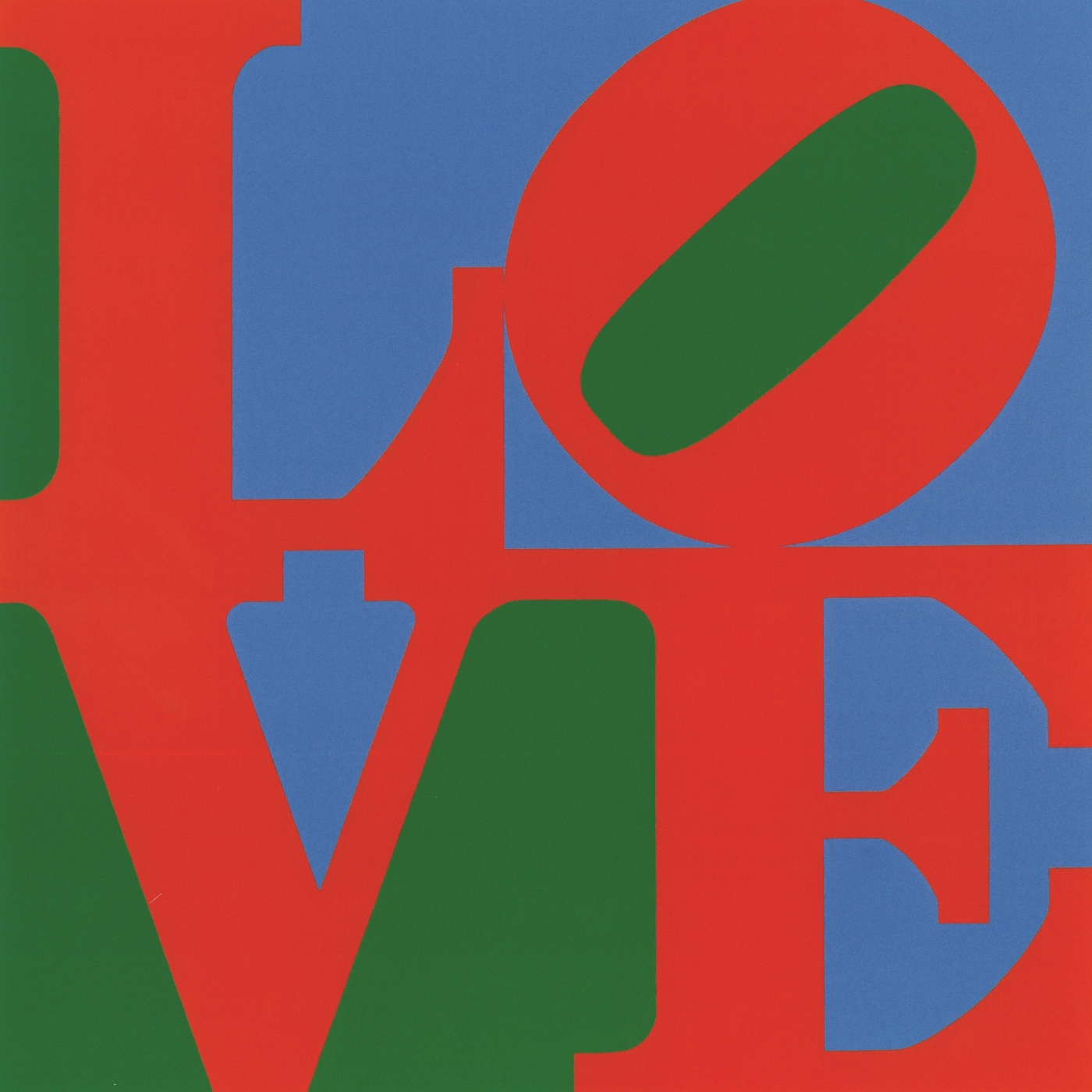 Indiana lives now in what he calls a kind of exile. But in the mid-1950s, he had an appetite for the hum and buzz of the New York art scene. He eventually even changed his name from Clark, so he'd stand out.

"There were a number of artists named Clark," he recalls. "And if you look in the telephone book, there are thousands and thousands of people named Clark."

But not so many Indianas — a name he took in honor of his home state.

You could say that the artist is a bit of a sentimentalist: He mines his autobiography for everything he does, even LOVE. The inspiration came from his childhood as a Christian Scientist, when the phrase "God is love" was prominent. Indiana inverted the idea to suggest that "Love is God."

Even the colors in that famous painting come from the artist's childhood.

"The red and the green came from the Philips 66 gas sign," says Martin Krause, a curator at the Indianapolis Museum of Art. "His father worked for Philips 66, and he remembered that combination; it fixed itself in his mind. And when he began making the LOVE paintings in 1965, his father died. So the red and green of the [MOMA] LOVE painting, silhouetted against the blue Indiana sky, is in memoriam of his father."

At the Whitney Museum of American Art in New York, two images of Indiana's parents open a show called "Robert Indiana: Beyond Love" – the first career-spanning retrospective for the artist. Unlike his usually bright, colorful paintings, these are in grays, with his parents standing in front of a Model T Ford. In one image, the couple is dressed; in the other, Indiana's mother reveals her breasts.

"What we wanted the show to do was suggest the range and breadth of Bob Indiana's work," says curator Barbara Haskell, who organized the show as a kind of corrective.

One Dot At A Time, Lichtenstein Made Art Pop

Indiana is often lumped in with Pop artists, with whom he was friendly. But he describes his stenciled letters and numbers — placed in sharp angles against bright colors — as "hard edge," not Pop. The three- and four-letter words convey messages. "Eat," "die," and "hug" appear frequently.

"'Hug' is my mother's word for affection," he says. "'Eat' was the last word that she said before she died. Everything is relating to my own life."

There's also a series of work quoting from American writers, another referencing the civil rights movement, and one inspired by Mae West; it's called The Sweet Mystery.

"I was great fan of Mae West," Indiana says. "And she was a mystery; everybody wondered, is she a woman, or is she a man?" He chuckles.

The mystery of the American Dream is a theme throughout Indiana's work, as well — and he says it, too, is elusive.

These days, Indiana is working on a photographic autobiography, documenting his life's journey from Indiana to New York to the coast of Maine. Meanwhile the Whitney retrospective moves to San Antonio, Texas, in February, and a show of his prints opens in Indianapolis next month. Suddenly, more than LOVE is in the air — and Robert Indiana isn't being quite so neglected by the art world anymore.