Accessibility links
Some Women Decide Their Place Isn't In The Illegal Gun Trade Women play an outsized role in the underground firearms marketplace. Often they handle illegal guns that are not for for their own use, but for men close to them. One Boston program is campaigning against gun violence, drawing connections between "crime guns" and domestic violence. 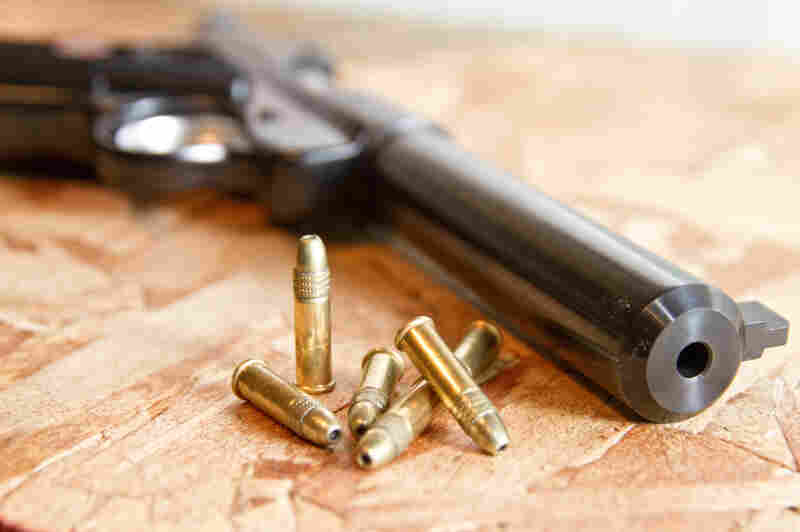 Most gun crimes are committed by men, but women also help buy, hide and sell guns for others. iStockphoto hide caption 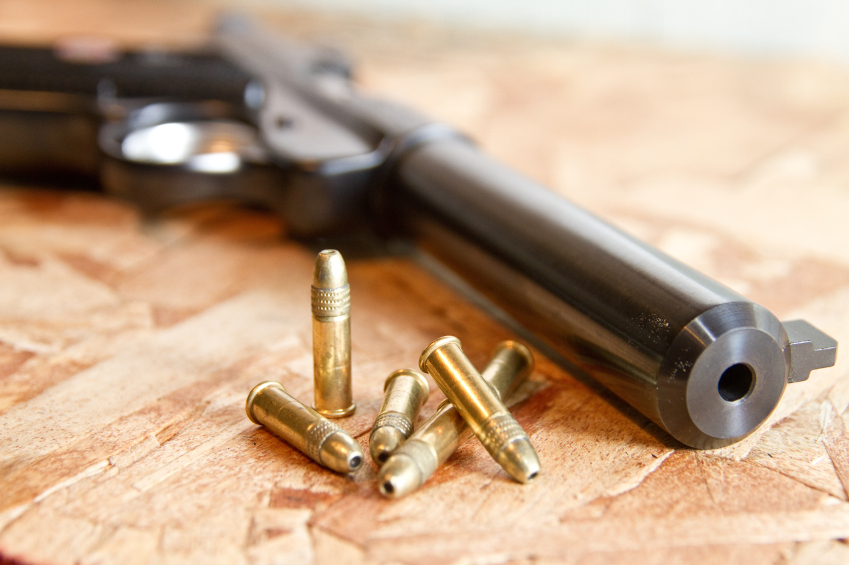 Most gun crimes are committed by men, but women also help buy, hide and sell guns for others.

Most firearms in the U.S. start out in a state of perfect legality, sold by a manufacturer to a federally licensed dealer. But somewhere along the way, some of them cross the line and become what are called "crime guns."

Most gun crimes are committed by men. But research shows that women can play an outsized role in the marketplace for illegal guns. Often, they make a "straw buy," purchasing firearms not for their own use, but for men who then use them in crimes.

Or a woman may hide a man's gun, or sell it for him.

A new initiative in Boston is calling attention to the role women play in the illegal gun trade, and the consequences they face.

One Boston resident knows the story well. She was a teenager when she met a man, an older man, who as she says was "in the life." And she was impressed.

"I saw cars, I saw bling, jewelry, money, the nicest clothes," she says. "I was young, so that's where my mindset was. I wanted to be a part of that. At a young age, who's going to say no?"

In her 30s now, the woman asked not to be named, fearing repercussions. She says that about two years into a relationship, her then-boyfriend asked her to hold a package for him — a semi-automatic weapon, plus ammunition, wrapped in rags.

Her involvement with illegal guns quickly escalated and diversified. Always, though, her boyfriend controlled the money.

"It turned from just having gifts and getting money and being supplied with all the marijuana I wanted, to having all this money because I did a job for him," she says.

But today she's at the Dorchester Public Library for the monthly meeting of Operation LIPSTICK (Ladies Involved in Putting a Stop to Inner-City Killings). Ruth Rollins, who works in a Roxbury domestic violence shelter, leads the workshop.

Like many here, Rollins has direct experience with gun violence: the still-unsolved murder of her son six years ago. Now, she calls herself a LIPSTICK Lady. On a map, she charts the gun-running routes that bring crime guns to Massachusetts cities.

Rollins says many young women caught up in the illegal gun economy are numb to what they are really doing. Sometimes they are tempted by things as basic as baby diapers.

Domestic violence is often at the heart of it, she says: The man's control over the woman includes coercing her into the illegal gun trade. Rollins says social workers, police and prosecutors should recognize the dynamic — and respond.

"I'm not saying you don't get accountable for it," she says, but asks for "the same service they set up for women that was fleeing or that was in abusive relationships. It's the same as domestic violence."

Operation LIPSTICK got off the ground in 2012 after founder Nancy Robinson saw research that, almost as an aside, documented women's disproportionate role in the illegal gun trade.

Now, LIPSTICK volunteers are responding with a robust awareness campaign, online and on the streets. They want people to take a hard look at the consequences of the illegal gun trade.

"They go to jail. Their neighborhoods are unsafe. People are traumatized and devastated. There are funerals every weekend," Robinson says.

She says more than 2,500 people have signed a pledge promising not to buy, hide or hold guns for others.

The Boston woman who asked to remain anonymous has signed that pledge. She's out of the illegal gun network, she says. But she still feels its tug. She recently got a call from an old client asking for help getting rid of a gun.

The next day she was back to working with the LIPSTICK Ladies.