Accessibility links
Figure Skater With 'Happy Feet' Hopes To Clinch Spot In Sochi With only two slots on the U.S. men's Olympic figure skating team, the competition is tough. But three-time U.S. champion Jeremy Abbott — who has yet to deliver on the world stage — wants 2014 to be the year he takes a medal. 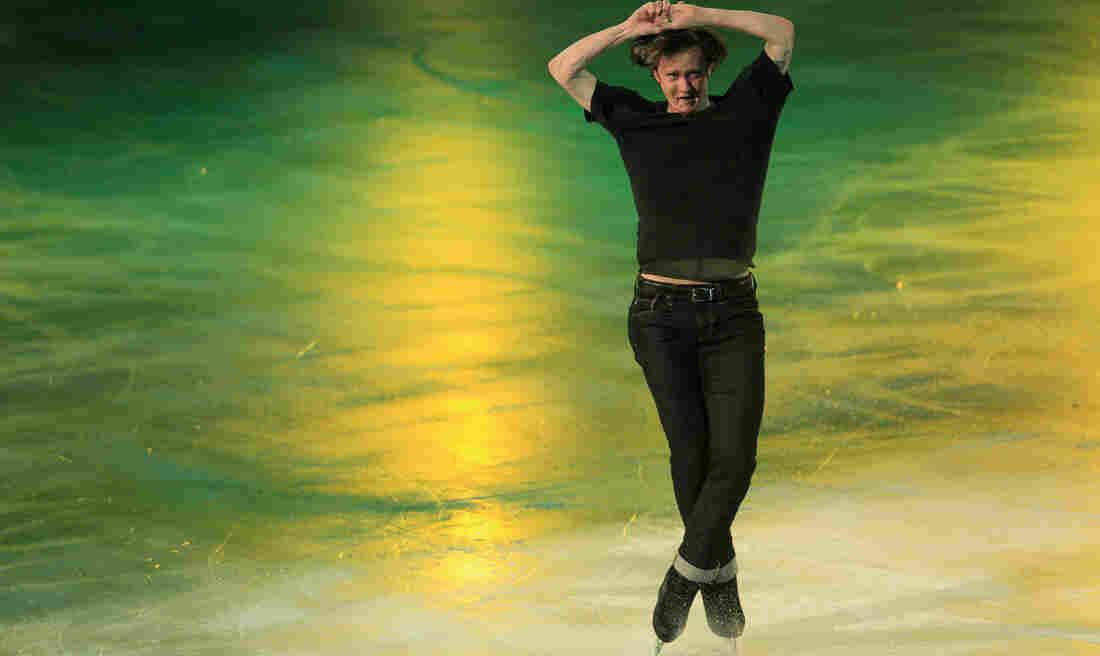 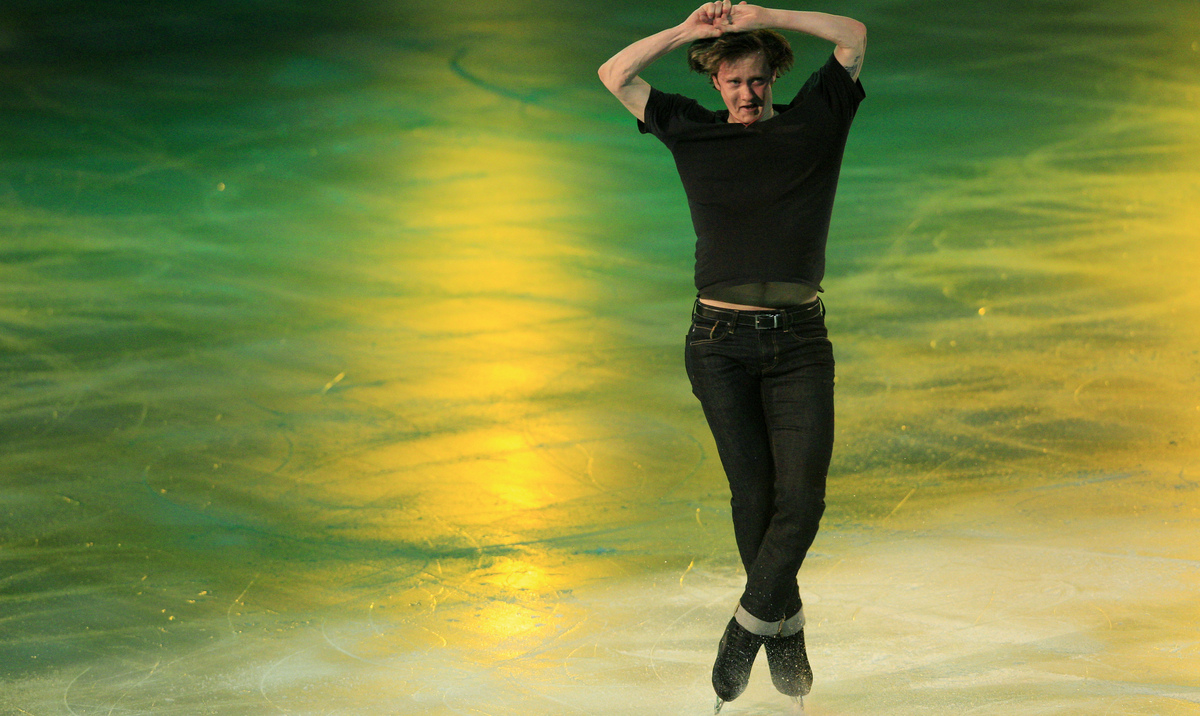 Jeremy Abbott performs during a figure skating competition in Paris in 2012.

As the Olympic Games get closer, athletes like figure skater Jeremy Abbott are focusing on making Team USA. With only two slots on the U.S. men's figure skating team, the competition is tough. But the three-time U.S. champion — who has yet to deliver on the world stage — wants 2014 to be the year he takes a medal in Sochi, Russia.

Abbott, 28, has been in ice skates since he was 2 years old. He's already been to one Olympics, placing ninth at the 2010 games in Vancouver.

Starting Jan. 10, Abbott will compete in the U.S. championships in Boston, the Olympic qualifier. He'll be performing a routine set to a song by the band Muse. 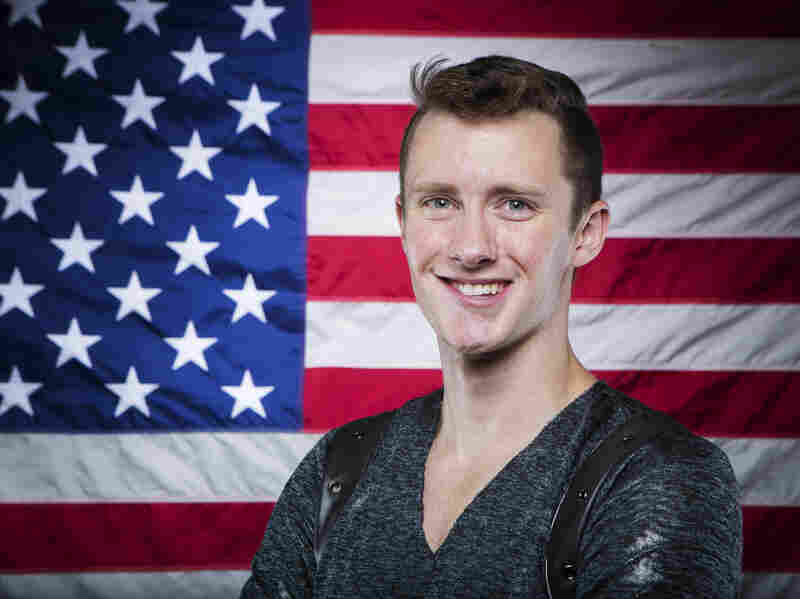 Abbott will compete in the U.S. championships in Boston this month, in the hopes he'll make it on the Olympic team. Lucas Jackson/Reuters/Landov hide caption 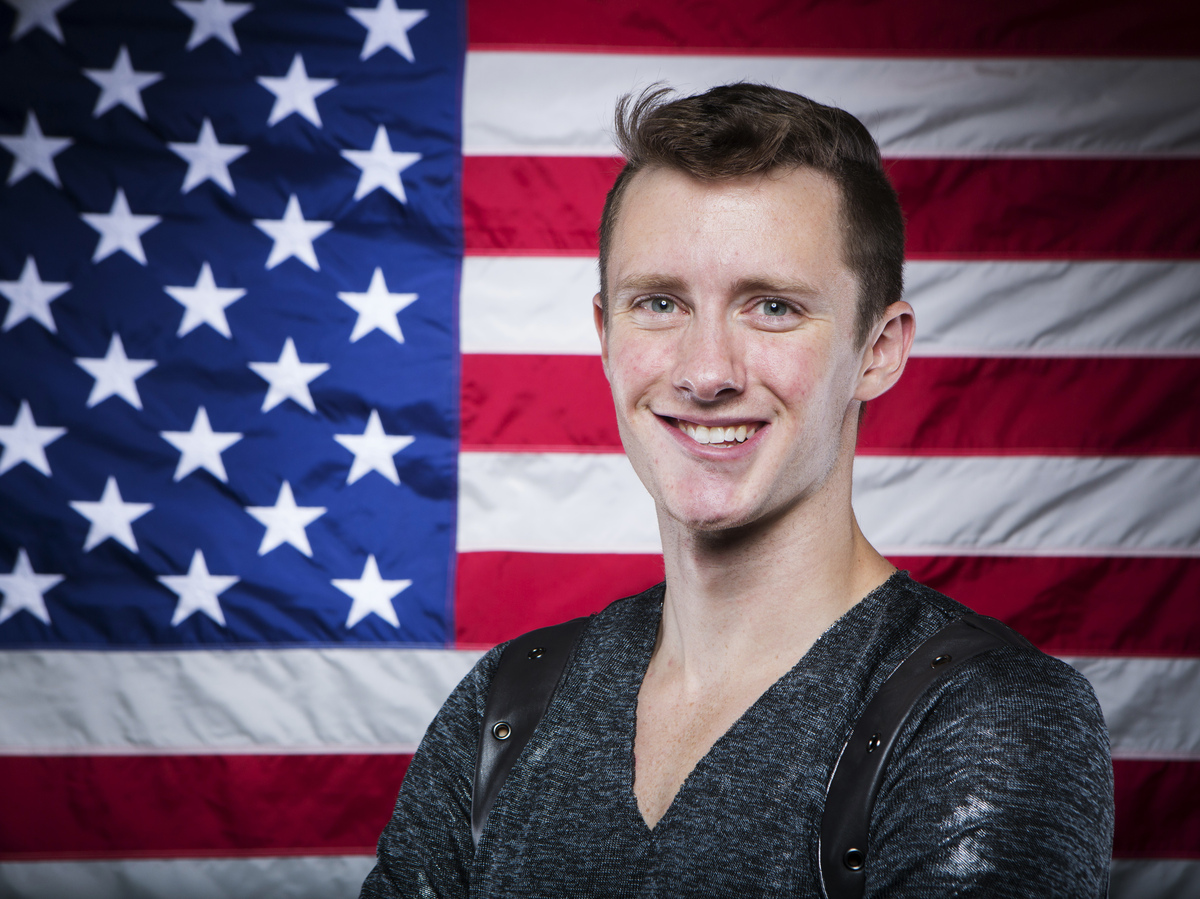 Abbott will compete in the U.S. championships in Boston this month, in the hopes he'll make it on the Olympic team.

"His quality of the skating is probably one of the best in the world," says Yuka Sato, Abbott's coach. "He is a very well-balanced skater; he's a great performer; and he's very artistic. I think that all-around skating skill is what makes him so good."

His former coach, Peggy Behr, was with him for seven years during the lead-up to the Vancouver games. "I always say Jeremy has happy feet. He has feet that just connect with the ice," she says.

Behr says she knew he was talented the first time she saw him skate. "We walked into the rink, my husband and I ... and Jeremy was out there skating. And even my husband, who doesn't have an eye ... for skating, but he could see the talent," she says.

Abbott says he knows he has what it takes to get to the Olympics, but he's still nervous.

"I can do the tricks, and I can skate; I have great skating skills and artistry and well-choreographed programs. For me, the biggest obstacle is just bringing it all together," he says.

During his routine, he says he tries to keep his thoughts simple and methodical. Unlike other sports, he doesn't have a team cheering him on, so his performance is personal.

"The goal for me is the Olympics [in Sochi] and doing my best there — and my best has the potential to be on the podium," he says.

If he makes it to the Olympics, he could perform three times — for his short and long programs — and for the team event, a new possibility. The new discipline combines scores from individual performances by the men's, women's, pairs and ice dancing teams from the top scoring countries.