Accessibility links
It's So Cold That You Might Need A Sweater To Read This It's too cold to ski in parts of Minnesota, your favorite pizza place in Chicago might not be delivering, and schools are closing even in central Georgia. The polar vortex is throwing off everyday life around the nation. 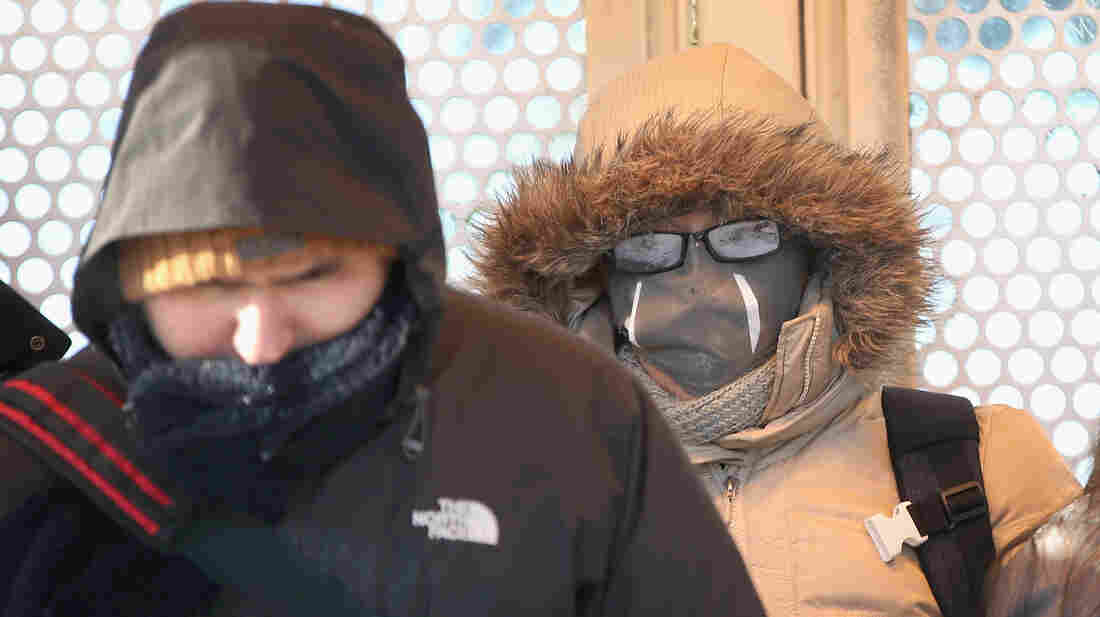 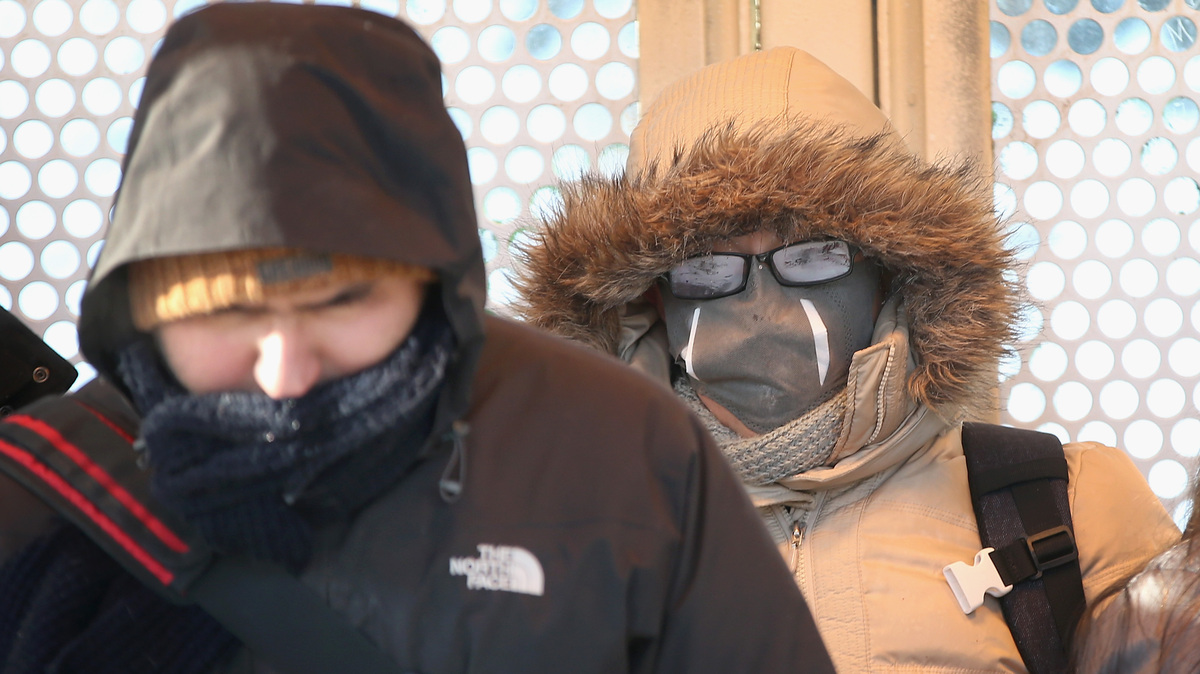 Passengers wait on a train platform in Chicago in below-zero temperatures.

It was in the single digits in Washington, D.C., on Tuesday morning, and that seems warm compared with some places around the country. Cities in the northern part of the country, like Minneapolis, saw the temperature dip well below zero — and coupled with wind chills, it felt like minus 60 in some places.

Around the country, flights have been canceled and schools have closed. Even activities people might take for granted in some towns are suffering. Because of the polar vortex:

1. It's hard to ski in Minnesota

No fun in the snow here. Several ski resorts closed Monday and Tuesday for extreme temperatures and high winds. Among the closures were Spirit Mountain in Duluth (wind chill minus 41 degrees) and Giants Ridge in Biwabik (wind chill minus 32 degrees). But for those die-hard skiers who don't fear frostbite, there are still some resorts open today like Buck Hill in Burnsville, near Minneapolis.

The 'feels-like' temperature is -25, holiday break is officially over, and the ICE RINK IS CLOSED (again). Yeah, we'd say this qualifies as the most depressing day of the year so far.

2. Or ice skate in Nebraska

The Railyard in Lincoln (wind chill minus 17) closed for the second day in a row yesterday, and its staff is not happy about it. As it wrote on its Facebook page: "Yeah, we'd say this qualifies as the most depressing day of the year so far." But perhaps it should count itself lucky — one rink in Omaha (wind chill minus 5 degrees) decided to shut down early for the whole season.

Dante's Pizzeria announced on Facebook that the restaurant would close Monday to prevent risking "the health and safety of my employees during a polar vortex." Even if this may lose some business in the short-term, several commenters expressed gratitude about the decision. One person gave the ultimate compliment: "I'm glad I just ate you."

4. Trash pickup was delayed in Detroit

The struggling city's new mayor, Mike Duggan, has a hard first winter to contend with. He announced Saturday that garbage removal in Detroit (wind chill minus 33 degrees) is behind schedule — because the mechanics working on those trucks are also working on the 40 snowplows employed by the city. But, he said, pickup might only be a day late.

5. Cars are frozen to the ground in Canada

It was the worst possible combination: A water main broke, causing a slushy, messy lake in the streets of Winnipeg that then, of course, froze in the minus 20-and-below temperatures Monday night — stopping cars in their tracks. Global News reports that crews were trying to steam cars free of their icy prisons.

6. Some schools are closed — even in the South

In areas of the country that are less accustomed to the cold, these conditions can be dire. C.F. Hard Elementary School in Bessemer (wind chill 5 degrees), near Birmingham is closed the entire week "due to inclement weather and heating issues," the school wrote on its website. Districts are also closed around Nashville, northern Arkansas and — perhaps farthest south — central Georgia.

7. An escaped prisoner in Kentucky turned himself in

On Monday one man who had escaped a maximum security prison in Lexington — when the wind chill dropped to 20 below — turned himself in to stay out of the cold, The Associated Press reports. He walked into a motel and asked the clerk to call the police, officials say. He was then treated for hypothermia.