Accessibility links
Interview: Gary Shteyngart, Author Of 'Little Failure' In Little Failure, the novelist recounts his emigration from the USSR to the U.S. when he was 7. For the first few years, he says, he would sit alone in the school cafeteria, talking to himself in Russian "in this gigantic fur hat and fur coat." It wasn't long before a teacher advised, "Children won't play with you if you have that much fur on." 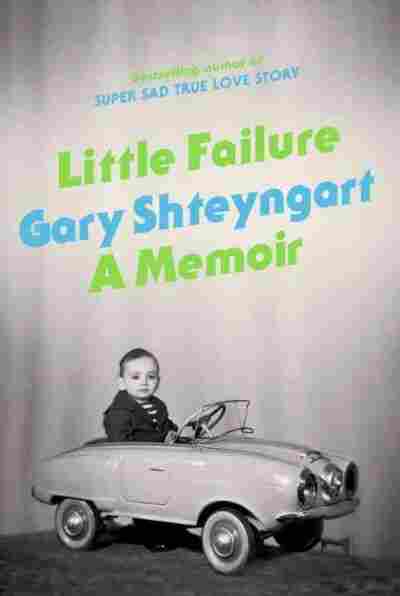 Novelist Gary Shteyngart was a wheezing, asthmatic and fearful 7-year-old when he and his parents emigrated from the Soviet Union to Queens, New York, in 1979. (This was soon after America negotiated a trade deal with the Soviets that included allowing Jews to immigrate to Israel, Canada or the U. S.) He tells Fresh Air's Terry Gross that his health was a deciding factor in his parents' decision to move.

"When I was growing up, the ambulance would come almost every week to take me to the hospital because there were no other treatments for asthma," he says. "[My mother] really made this calculation of whether to leave her family behind and have me grow up fairly healthy, or stay with them and have me grow up an invalid, and ... she decided to go to America."

Still, the relocation meant little Shteyngart was suddenly living in the country he had been taught was the enemy. His parents, who had been prevented from practicing Judaism in the Soviet Union, sent Shteyngart to a Hebrew school in Queens, where he felt lost and despised. As he slowly became more American, the distance between him and his parents seemed to grow. Eventually, girls, booze and 12 years of four-times-a-week psychoanalysis also entered the picture. But writing was always a constant, dating back to when he was 5 and wrote a 100-page comic novel.

On adjusting to life and school in America

I think my father ... was the one that believed in Judaism to a large extent, and he joined a synagogue immediately, and that was the one community that he felt really close to, these Orthodox Jews. I, on the other hand, was sentenced to eight years of Hebrew school for a crime that I didn't commit — a conservative school in Queens. To him, being Jewish was this amazing thing that he had fought for all his life and he was denied in Leningrad, but for me, it was a different experience.

I had fur coats and fur hats, and [they] smelled of various woodland animal-type smells. The teachers would take me aside and say, 'Look, you can't be this furry.'

Those were the years when being a Russian was how you were labeled. You were labeled "The Russian." It wasn't just this confederacy of Jews; it was American Jews and Israeli Jews, and then there was me and a couple other Ruskis, and we were despised pretty roundly. ...

And also I had fur coats and fur hats, and [they] smelled of various woodland animal-type smells. The teachers would take me aside and say, "Look, you can't be this furry. You can't dress in these furs. Children won't play with you if you have that much fur on." ... Basically what I was told in school every day was where we came from was wrong and where we were now was right. ... It's a lot for a sensitive 7-year-old to be told that everything he loved and believed in has to be replaced with something else.

On his struggle to learn English

My problem was that I didn't know any English. So on top of not knowing any English, there was another language, Hebrew, which was even harder, that they were trying to teach me. It was too much. ...

And at home we had no television so I couldn't learn English from TV, so for the first years in Hebrew school I would sit apart from everyone at the cafeteria ... and I would just have long conversations in Russian with myself ... in this gigantic fur hat and fur coat, speaking in a language that nobody understood. And all the kids would run up to me and do the crazy sign and laugh and laugh and laugh, but I wouldn't stop because that was the only language that would make me comfortable. ... In speaking it, I could pretend that the people I loved were around me. 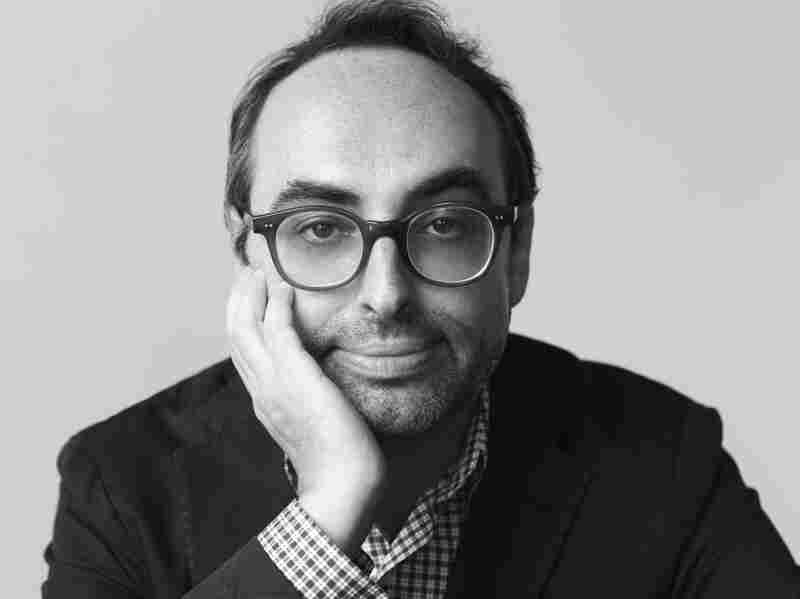 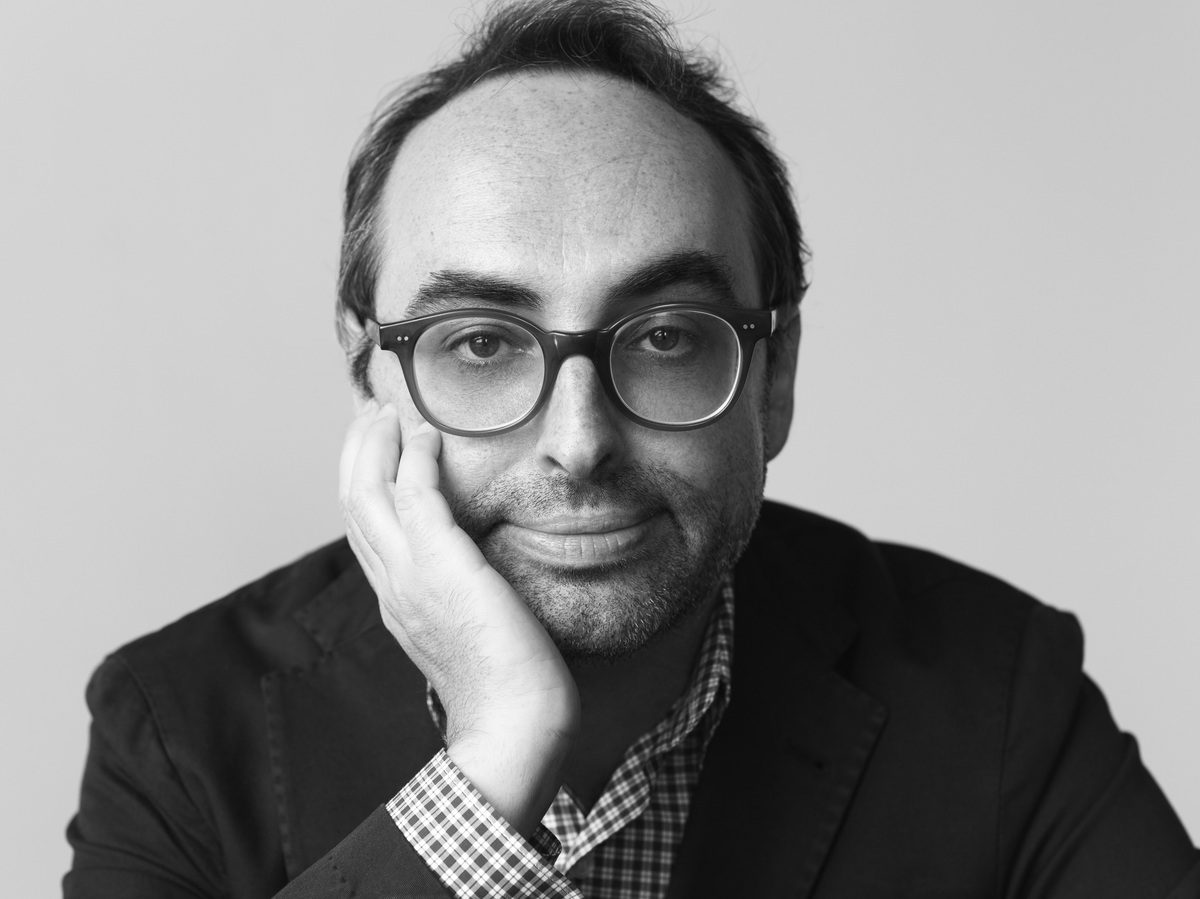 Gary Shteyngart's work has been translated into 26 languages.

I think I was 8. I'll have to ask my mohel, my circumciser. ... I think my father's belief was that without this I would not be fully a Jewish boy, and in his mind there was nothing more important than making sure that I was a Jewish boy. I think my mother probably had her doubts; I'm pretty sure she did, because she's very against these kinds of medical interventions. But I think ... it meant the world to him.

It was awful for me, but some kind of bond did survive. I did become what he always wanted to be, which was a person growing up in a country where being Jewish wasn't a mark against you. In some parts of New York, it was a mark for you. So I'm not super happy that it happened, but I've certainly made peace with my mohel.

On the traumatic deaths in his family

My mother is a wonderful cataloger of everything that has happened to our family, so thanks to her and thanks to my father, discussions with him, I was able to do a pretty fair portrait of how my family became who they are — and that means death.

They died in the most horrific ways imaginable. ... There's an entire photo album my mother keeps, which is Uncle so-and-so, his wife and children all buried alive. When the Nazis invaded Belorussia, where my grandparents are from, that entire branch of the family was just buried alive by the Germans.

Then there's Uncle Aaron, who ended up mutilated in Stalin's labor camps. Then there's my father's father, who was a Red Army soldier, one of the millions who died right outside of Leningrad. He was in artillery, and Stalin had not prepared for the war — they were fighting with sticks at some point. The Germans just mowed them down. The book includes a scene where I go to the place where my grandfather died.

On processing his family's difficult history

To me that's one of the most important parts of the book because of the fact that my father wasn't raised by his actual father, but was raised by a horrific stepfather who my grandmother remarried. ... That [caused] irreparable damage to my father, growing up with that man, the violence of that relationship.

As I wrote this book, I began to think of my own relationship with my father, which had its ups and downs, certainly more ups than his relationship with his [stepfather]. I began to realize how one little trick of history could've created a very different world for both of us. Especially for him, because there is a loving man, who is my father, but the circumstances in which he grew up, I kept thinking, "What chance did he have?" ... Oddly enough, in writing this book, there are scenes of cruelty between all of us, but it made me love my parents much more because I thought, "My God. Where did you come from? What a place you came from with Hitler and Stalin and the lies. I can't believe you did as well as you did."