Accessibility links
Random Questions With: Jonathan Adler Jonathan Adler joined Ask Me Another to chat about his career as a potter and where he finds inspiration to make his colorful, joyous creations. 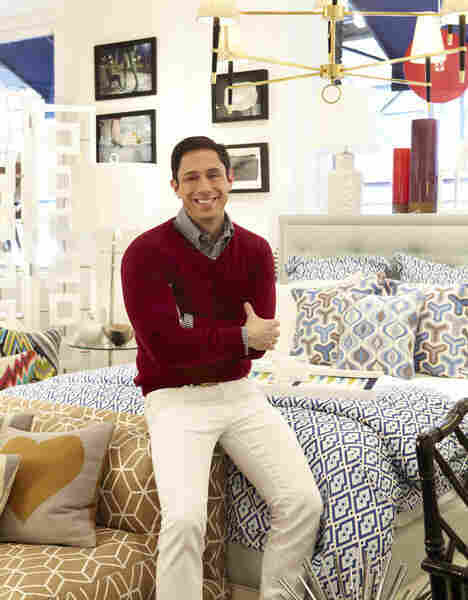 Designer Jonathan Adler's colorful, eye-popping pillows, rugs and vases adorn the interiors of many discerning homeowners, but his dream of creating a home furnishings empire was nearly deferred. Early in his career, discouragement from his pottery teacher at the Rhode Island School of Design and several unfulfilling jobs at talent agencies in New York City left Adler at his wit's end. But these events only fueled his fire to live out the pottery dream. Adler taught night classes at a pottery studio called Mud, Sweat & Tears (potter puns!) and eventually opened his own studio. By 1994, Adler sold his first pottery collection to Barneys department store. Today, his home décor products and furniture are now sold in 25 stores bearing his name, and over 1,000 retailers around the world.

Adler joined Ask Me Another host Ophira Eisenberg to chat about his design aesthetic. While The New York Times described it as "cynicerity" ("a careful balancing act of cynicism and sincerity"), Adler preferred to call it "full of style, craft and joy." He said, "I hope my designs are very chic. ... I'm also a rigorous, thoughtful designer, but I also want my work to communicate the joy that I experience in making it."

We wanted to know if the man who coined the word "chambeige" ("beige with a buzz") in his book Jonathan Adler on Happy Chic Colors knew how certain colors got their name. So later in the show, we put him in the puzzle hot seat for a game called "Happy Geek Colors." Find out if Adler knows which color is named after a desert-dwelling animal that also gives its hair to make overcoats. Plus, Adler offered the episode's grand winner tea for two at Adler HQ.

This episode originally aired on January 9, 2014.

On his path to becoming a potter 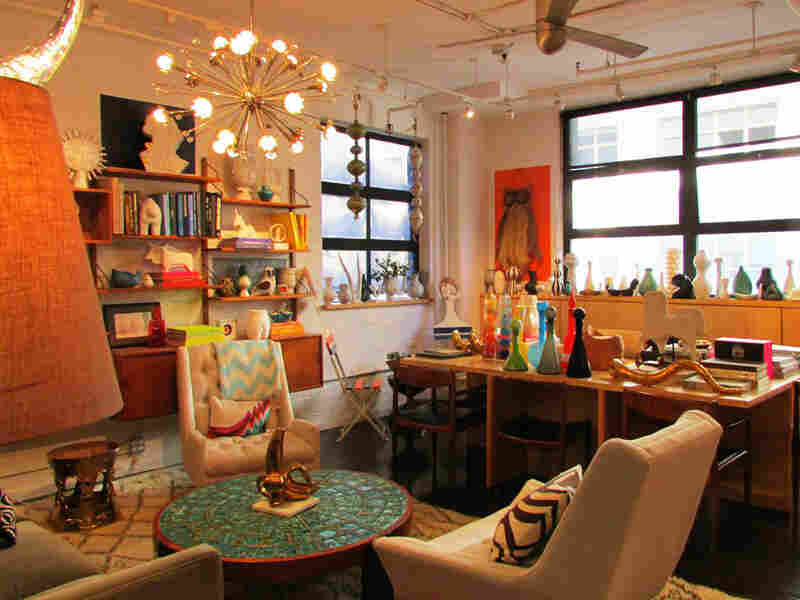 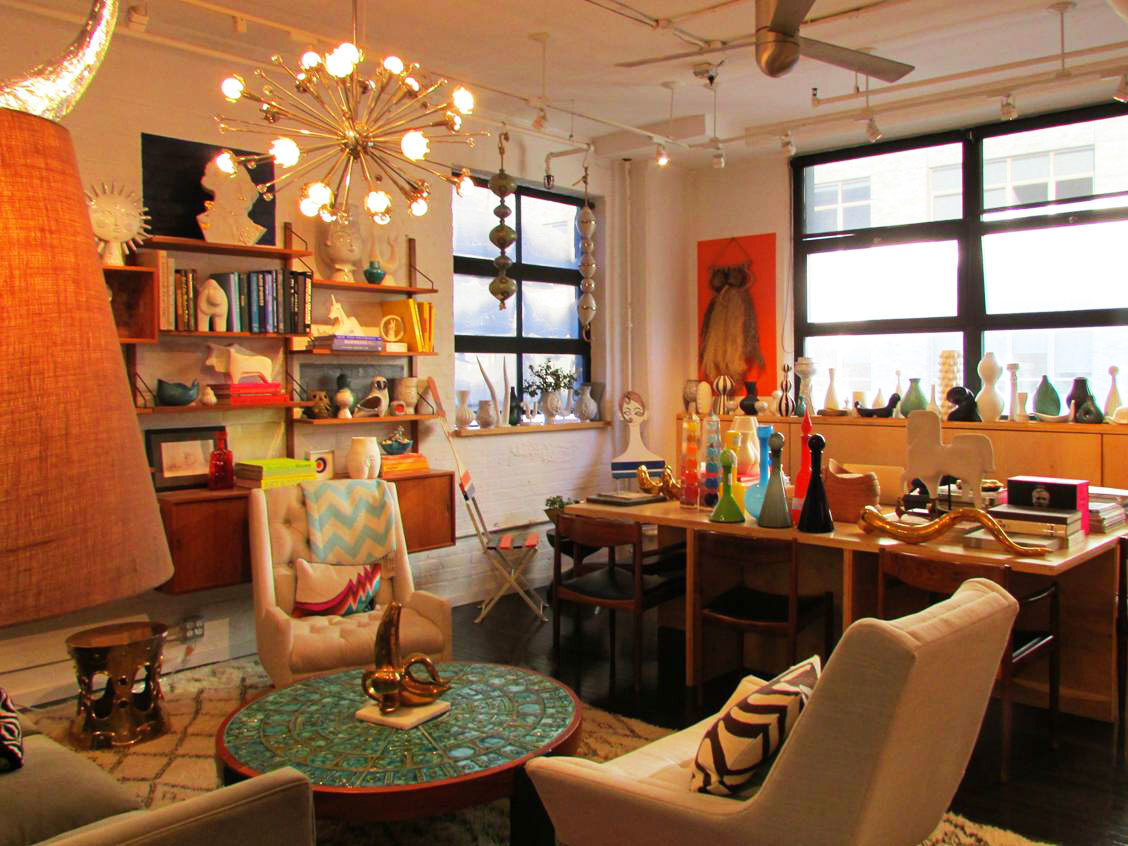 A peek inside the dream factory: Jonathan Adler's office. 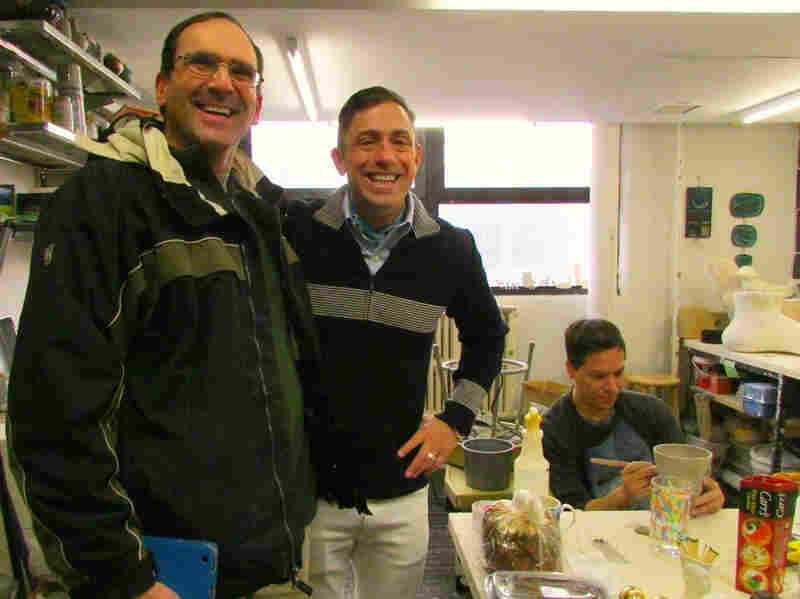 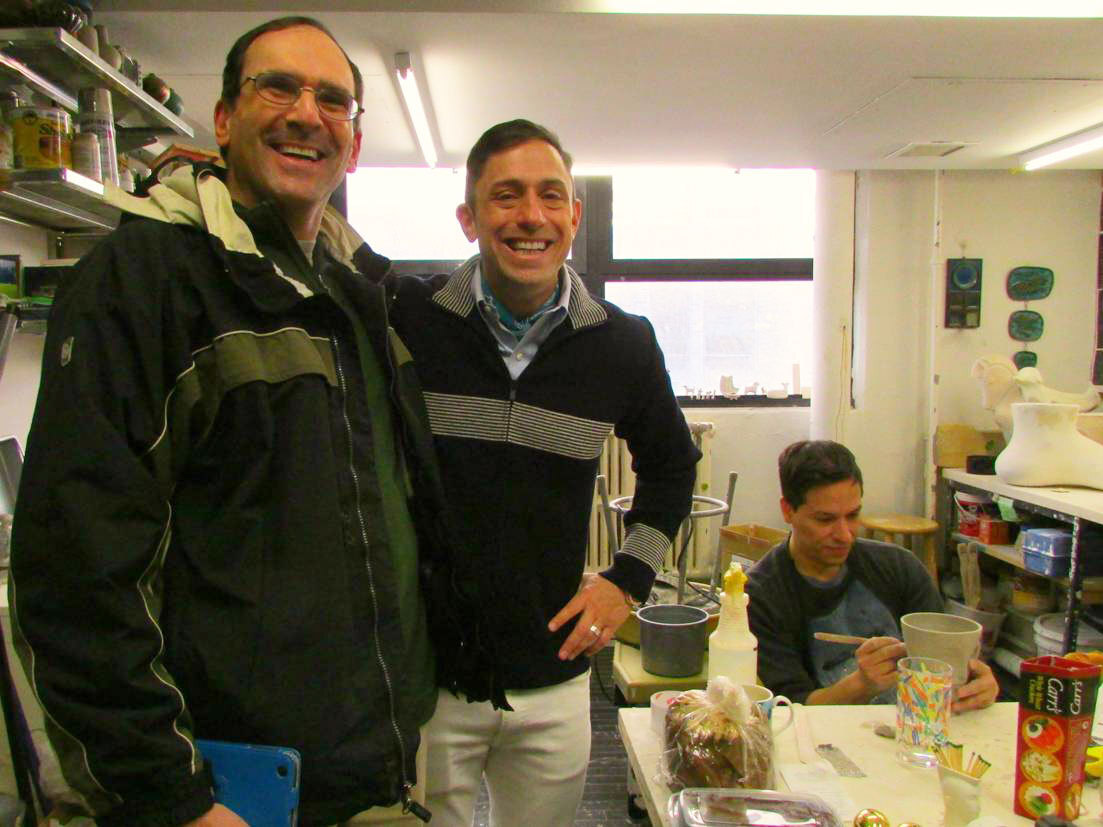 I wanted to go to RISD for grad school, and my teacher said, "Jonathan, I gotta be honest with you: You're not talented. I don't think you should go to grad school at RISD." I always had her to rebel against, and she stoked my fire to become a successful potter.

On his first ceramic collection, and learning the business

It was very stripey and nifty, and zippy and mod-looking. Bright colors. And it was good! I look back at it and think, "Wow, I was pretty good at being a potter." I was a terrible businessperson though. I got that order, shipped the pots to Barneys and didn't get paid for six months. I called them up and said, "Hey, I don't mean to bother you, I'm that guy who made those stripey pots, and was just wondering if I could maybe get paid?" I was an idiot. They were like, "Well, you're the guy who didn't send an invoice. And I said, "What's an invoice?" I've come a long way.

It takes a lot of mud, sweat and tears to make happy-looking stuff.

On wearing white after labor day

That's a do! I don't understand that [rule]. White jeans are my everyday attire, and it's one less decision I have to make in the morning.

His No. 1 design tip

Follow your heart. Ignore any rules. Wear white after Labor Day. Have an "F-it" attitude.