Accessibility links
Natural Gas Boom Cuts Into Pennsylvania's State Forests Pennsylvania is the fastest-growing state for natural gas production, but the development is cutting through swathes of previously unbroken forests. Some scientists say this could affect wildlife, which perform important functions like climate and insect control. 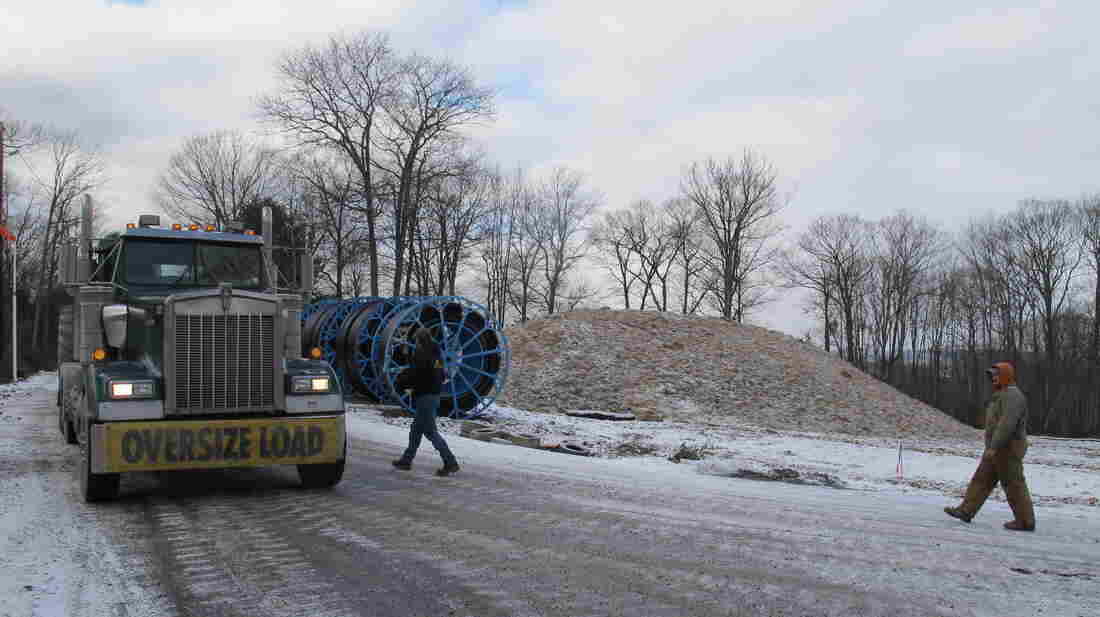 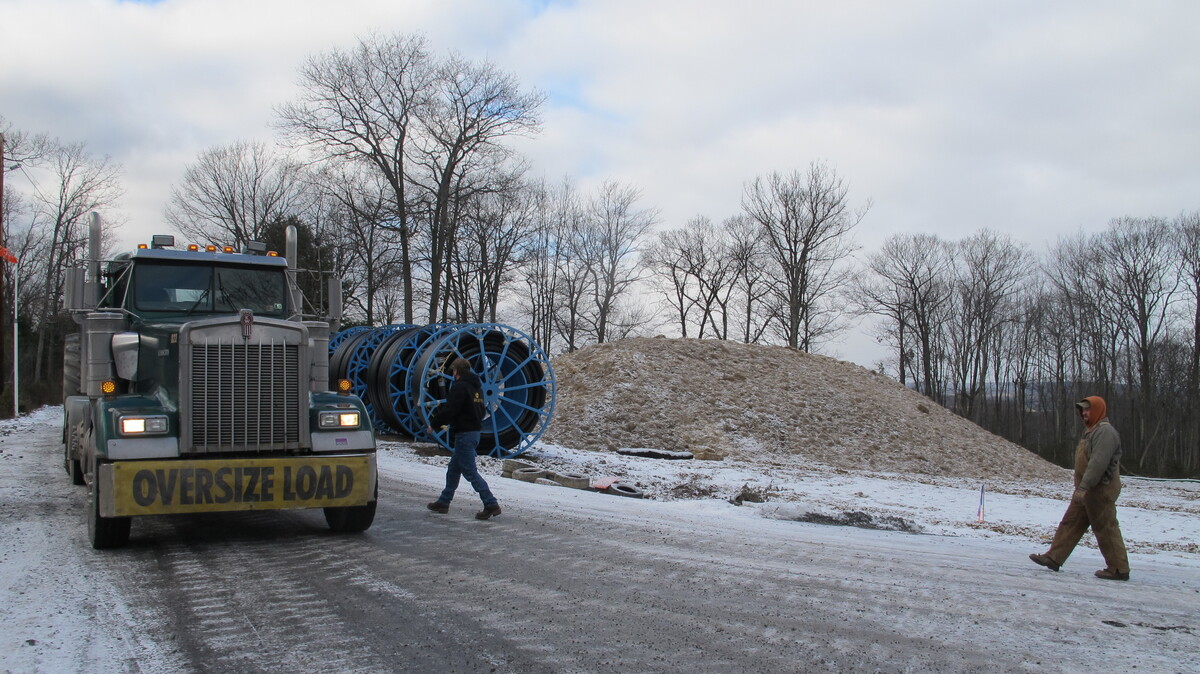 On the side of a mountain road in Pennsylvania's Tiadaghton State Forest, I'm trying to avoid a steady stream of heavy truck traffic. Acres of freshly cut tree stumps stretch out in front of me.

Kevin Heatley lives in the area and has come to these woods for years to hike. He's an ecologist by trade and he's concerned about what he's seeing.

"Everything from the noise and the traffic to the lighting, to the pad placements, to the pipeline construction to the road expansion — this is all industrial infrastructure," Heatley says. "It's inherently incompatible with sustainable forest management.

"You're looking at some of the impacts associated with forest fragmentation," he says.

Forest fragmentation is what happens when human development crisscrosses the landscape, carving up large swaths of contiguous forest into smaller pieces.

Pennsylvania is no stranger to extractive industries, like timber. By the early 20th century, its forests were decimated. Today they've grown back and trees are harvested sustainably. But, Pennsylvania has emerged as the fastest-growing state in the nation for natural gas production — with hydraulic fracturing technology unlocking vast amounts of gas in the Marcellus Shale. Scientists say this surge in gas development is having new kinds of dramatic effects on forests. Pennsylvania has roughly 2 million acres of public forest land; about a third of it is available for drilling.

In Lycoming County — a heavily wooded part of north-central Pennsylvania — the U.S. Geological Survey has found most of the disturbance from gas drilling is happening in sensitive ecosystems, known as "core forests."

Core forest means "forest next to forest," making it very different from so-called "edge habitats," which means forest next to something else, like a grassy field, or a suburban home. The big tracts of core forests are rarer and they're home to species that don't do well near people. When core forest is lost, the host of important services provided by its plant and animal species go with it, according to Margaret Brittingham, a professor at Pennsylvania State University who has also studied forest fragmentation.

"Insect control, climate control, water purification, you can go on and on," she says. "Recreation, aesthetics."

But other industries cut down plenty of trees too, not just oil and gas, says Rob Boulware, a spokesman for Seneca Resources, which he says is "probably currently one of the largest and more active drillers in state forest lands in Pennsylvania." He says his company works to minimize forest fragmentation: For example, it tries to use existing roads instead of building new ones.

"If it is a concern, and there are people who will debate and evaluate this—it's a concern for all activity that we are engaged in as humans, and not just the activity that's being engaged in through the oil and gas industry," Boulware says.

But the gas industry is pushing a new measure that may lead to more forest fragmentation — a controversial bill that would limit the authority of state agencies to designate endangered species. The bill passed the state's House Game and Fisheries Committee in November.

Boulware argues it's a matter of consistency for businesses. For example, he says companies are sometimes required to conduct expensive and duplicative wildlife surveys before they begin drilling.

"The problem we have is: Our missions are conflicting," Pyle says. "Their mission is to protect the game species of Pennsylvania. And me as a legislator, part of my mission is to make sure my people don't see widespread unemployment."

As the pace of Pennsylvania's gas production continues to surge, energy markets will dictate how much development occurs. The key question is how much disturbance forests can withstand, and that's a question scientists are still trying to answer.