Accessibility links
When Big Carnivores Go Down, Even Vegetarians Take The Hit A drop in the numbers of fierce beasts worldwide might seem like good news for deer and antelope. But expanding herds of grass-eaters leave stream banks naked and vulnerable to erosion, and can even change the stream's course, according to scientists calling for more protection of large predators. 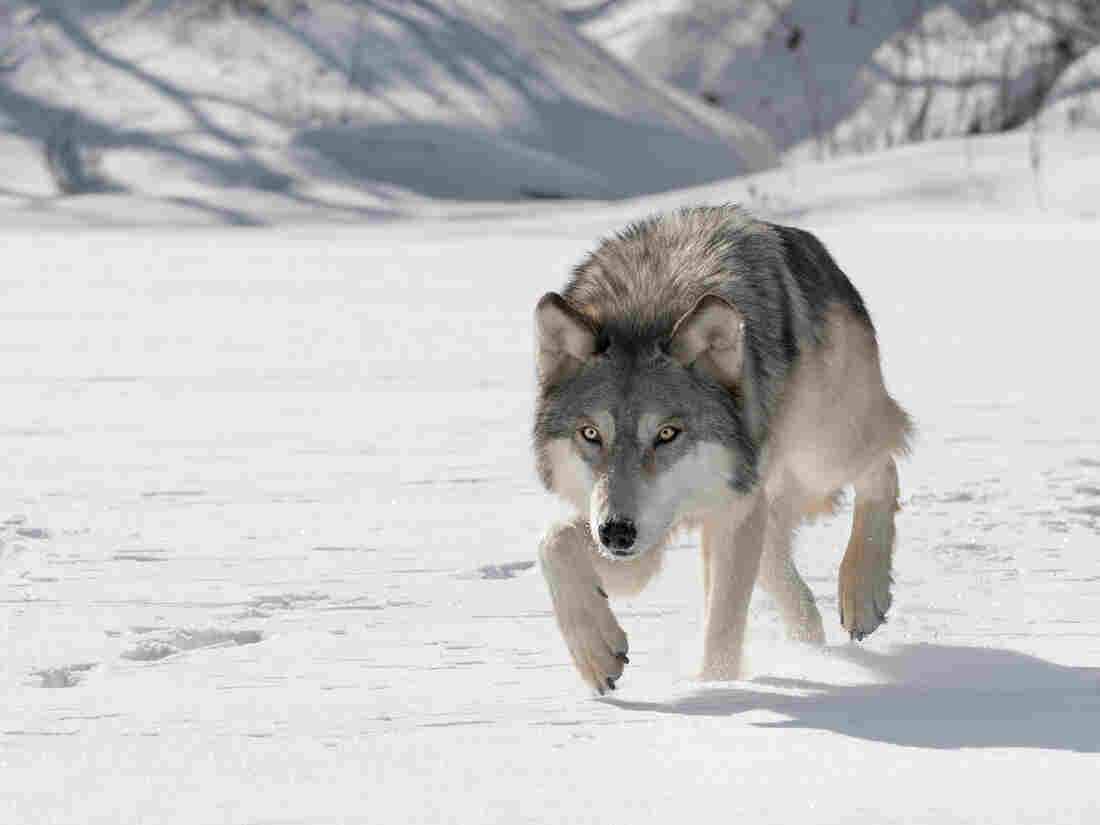 Ask not for whom the wolf stalks ... Holly Kuchera/iStockphoto hide caption

Big, fierce animals — lions and tigers and bears, for example — are relatively scarce in nature. That's normal, because if you have too many, they'll eat themselves out of prey.

But top predators are now so rare that many are in danger of disappearing. That's creating ripple effects throughout the natural world that scientists are still trying to figure out.

What they're exploring is ecology — the interplay of animals and plants in nature. It's not rocket science. It's harder.

We have trashed the large carnivores for sure. They are becoming more and more scarce, and we don't even have the science to tell us what we're losing.

"We're dealing with the most complicated systems in the universe, and we hardly even know what the moving parts are," says Rolf Peterson, a research ecologist at Michigan Tech.

Peterson studies large carnivores, and is among the world's top wolf experts. He and scientists like him are finding that as the number of big predators dwindles, everything around the animals changes. It's like a "cascade" down the food chain. Ecologists call it a trophic cascade — trophic being a term to define any particular level in nature's food chain.

Take cougars and wolves for example. When there are fewer of them, their prey — deer and elk, mostly — multiply. More plant eaters means more plants get eaten. And everything that depends on those plants, from birds to butterflies, is affected.

Carnivore biologist William Ripple, from Oregon State University, says even streams are affected. Armies of deer, grown out of control because of a lack of predators that eat them, can devour all the vegetation along stream banks, and that causes erosion along those banks.

"The stream actually changes course," says Ripple. "So we're finding that the predator can actually affect the shape of the stream." 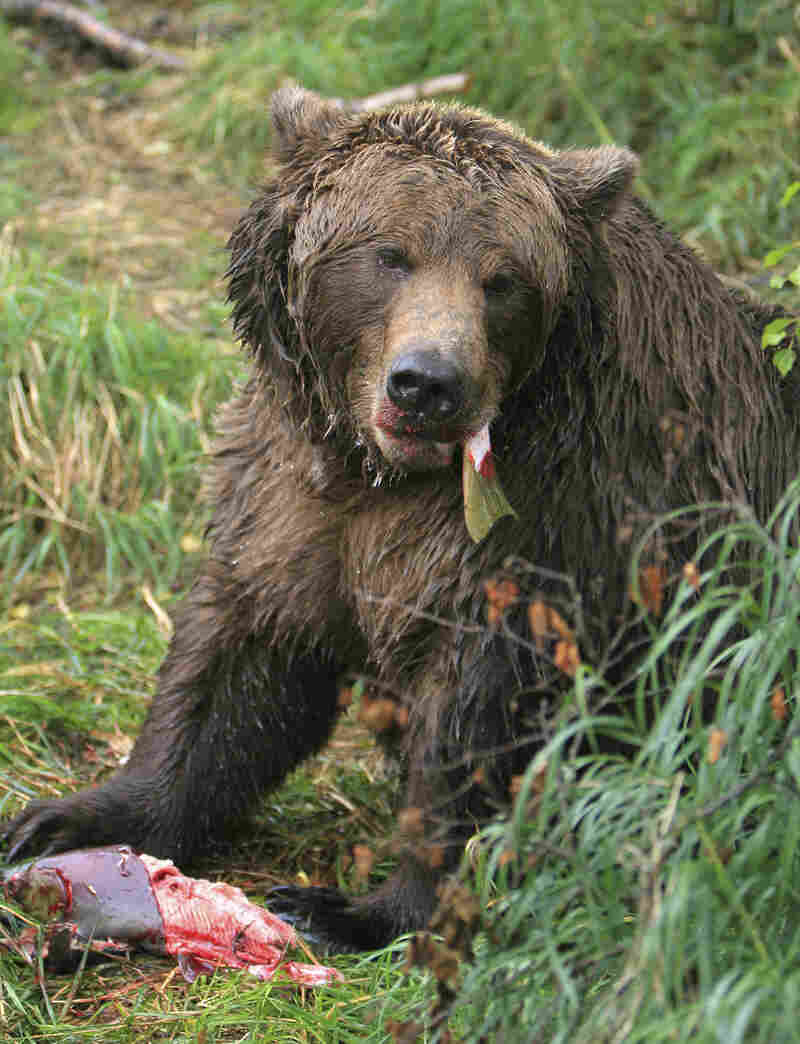 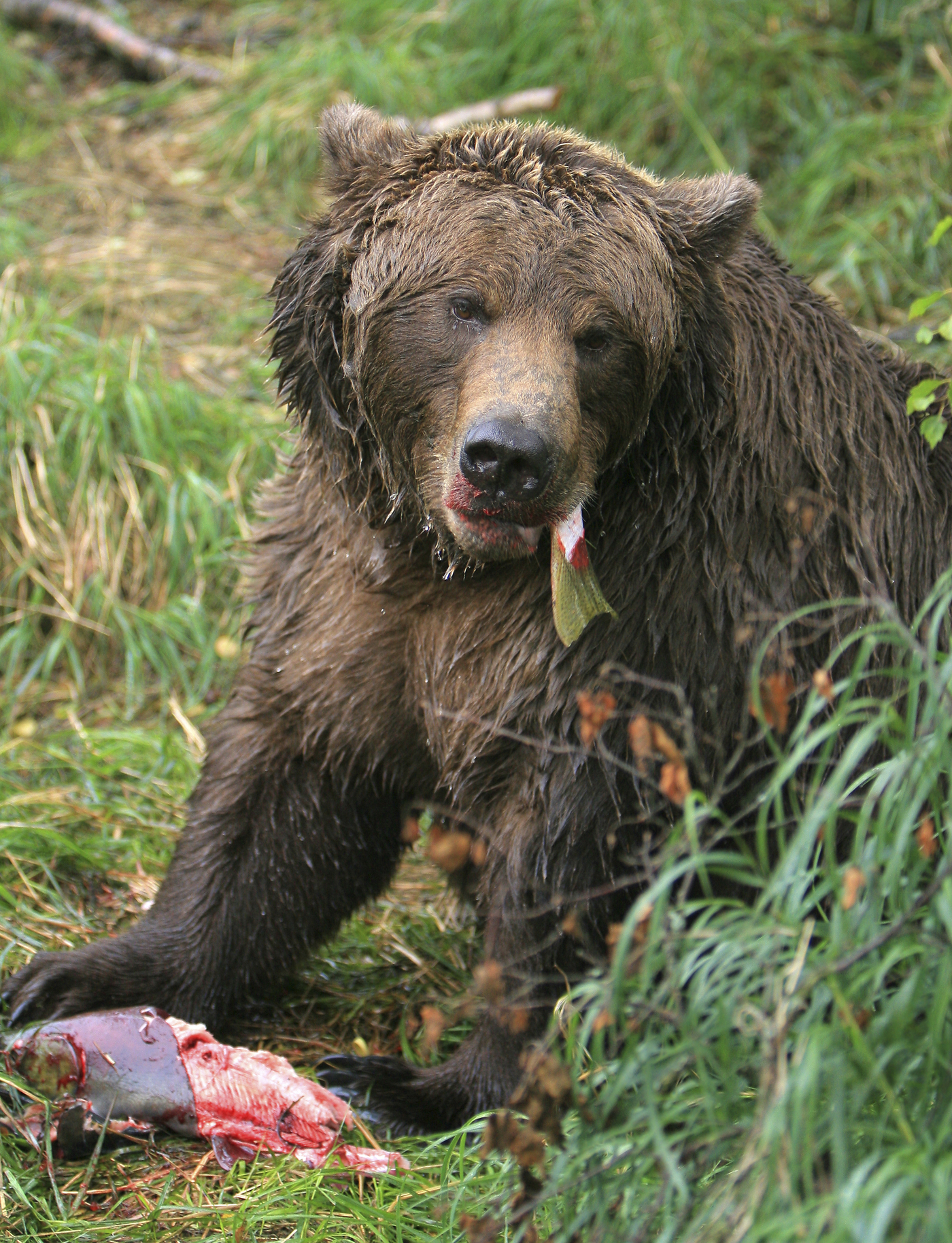 These cascade effects take all sorts of paths. Bears, for example, grab salmon out of rivers and eat them on the banks; the leftovers decay and add nutrients to the soil that help plants grow. "It's just a type of connecting-the-dots in nature," says Ripple. "And it shows the interconnectedness."

Ripple and other "carnivorists" published a study in this week's issue of the journal Science that lists the benefits that predators provide. They note that in places where predators are reintroduced (such as in Yellowstone National Park), deer and elk — and vegetation — return to a more natural state.

That may seem obvious. But Peterson says the chain of so-called "carnivore benefits" is not well-known, even as big carnivores disappear. "You know, we have trashed the large carnivores for sure," he says. "They are becoming more and more scarce, and we don't even have the science to tell us what we're losing."

What remain are scientific questions such as, "How many wolves or cougars or grizzlies do you need in, say, a national park to keep the other animals and plants under control?"

Peterson says the wolf has been an especially difficult case. It has made a comeback in the U.S. and Canada, but wolves sometimes prey on livestock. They compete with hunters for deer and elk. Many people have a deep-seated fear of them. Several states now allow the hunting of wolves in places where their numbers seem adequate. That has created enmity — with hunters and ranchers on one side and some environmentalists on the other.

Peterson says people have always had a love-hate relationship with wolves, having bred them into "man's best friend," the dog, while at the same time demonizing them in myth, and hunting them to near extinction.

Rare Horses Released In Spain As Part Of 'Rewilding' Effort

"How do we live with these creatures, and how will we accommodate them?" Peterson asks. "And what will stop their increase when we put them back? We are in the driver's seat."

Scientists are now calling for a global Large Carnivore Initiative to organize research on carnivore ecology and, as Peterson points out, to illustrate just how predators have shaped our world. "It was the large carnivores to a great extent that maintained that fabric of life that formed us," he says. The world wouldn't be what it is without them.