Accessibility links
Remembering Activist Poet Amiri Baraka Baraka was one of the key black literary voices of the 1960s. The political and social views that inspired his writing changed over the years, from his bohemian days as a young man in Greenwich Village to his later years as a Marxist. He spoke to Fresh Air's Terry Gross in 1986. 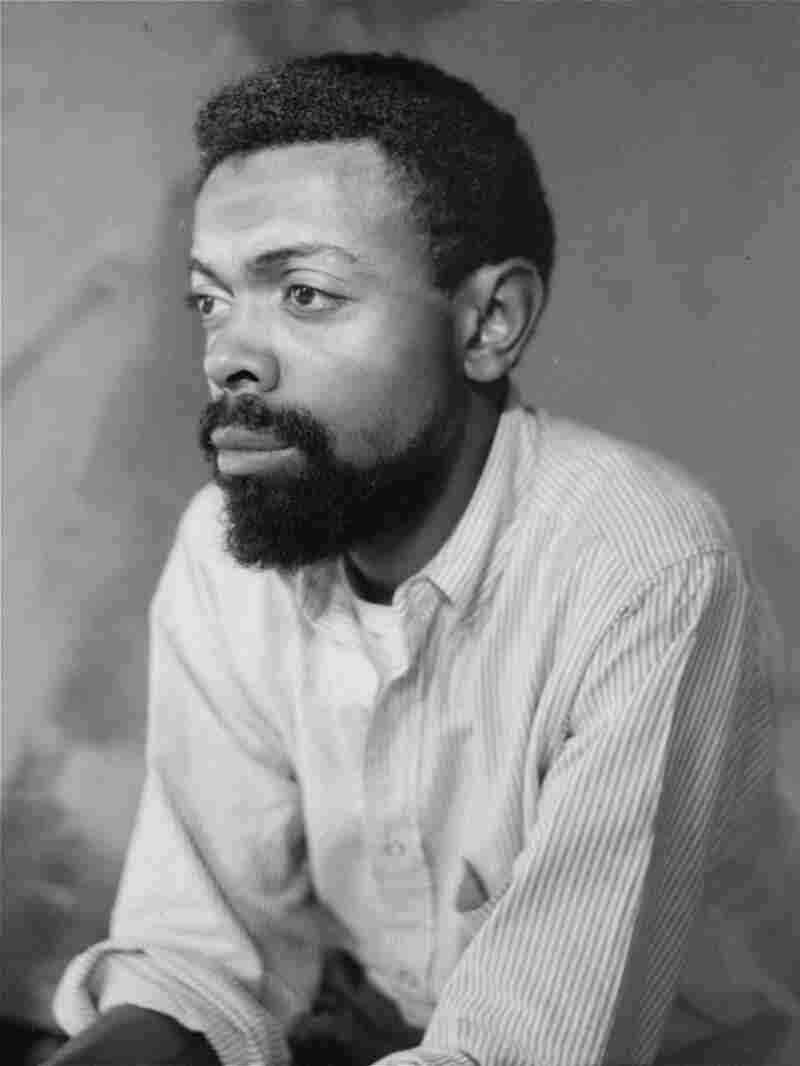 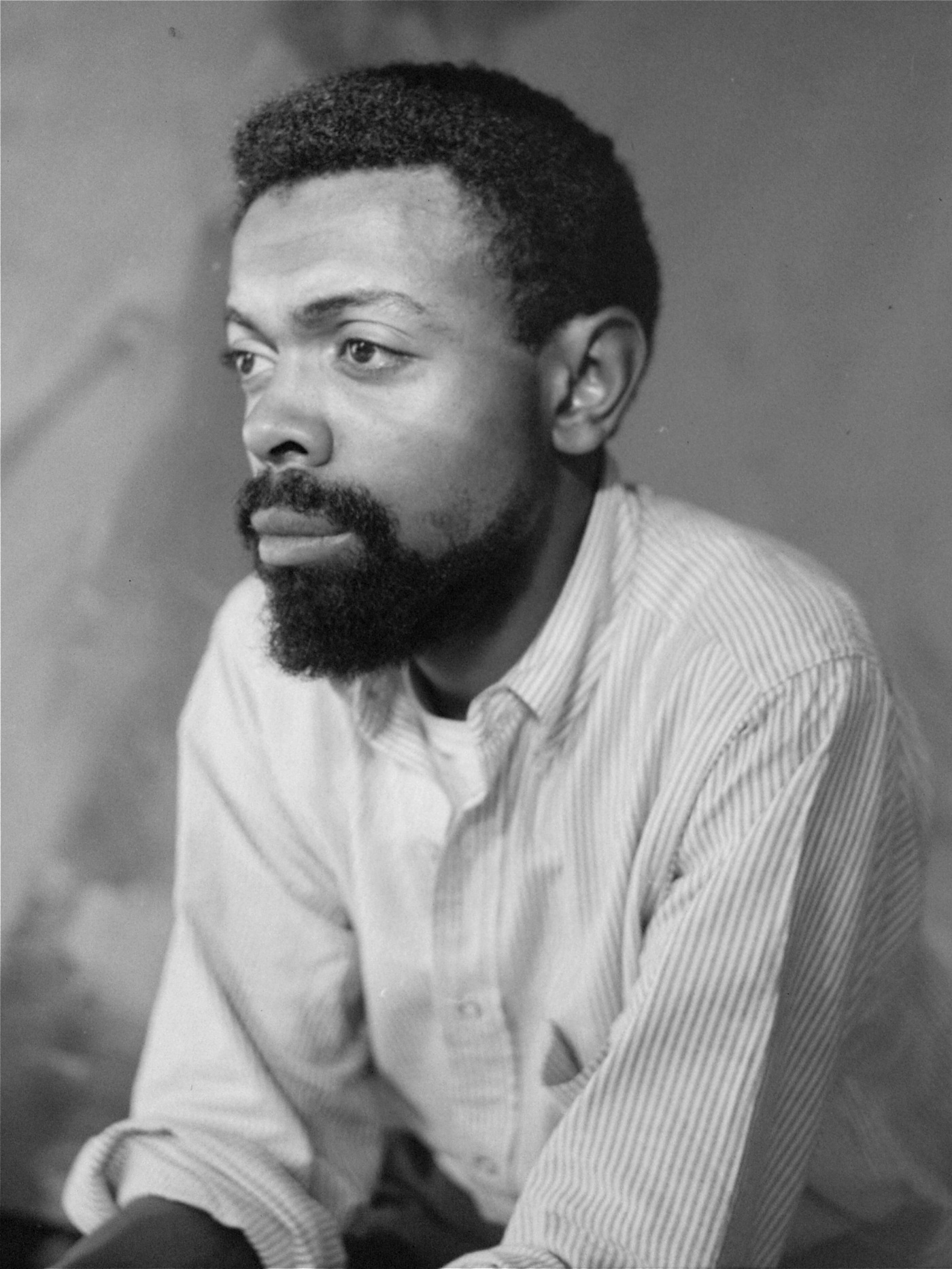 The influential and controversial poet, playwright and essayist Amiri Baraka, formerly known as LeRoi Jones, was one of the key black literary voices of the 1960s. The political and social views that inspired his writing changed over the years, from his bohemian days as a young man in Greenwich Village, to black nationalism and later years as a Marxist.

Baraka's work was at the forefront of the Black Arts movement. His play Dutchman won an Obie Award in 1964 and shocked audiences with its explicit language and rage against the oppression of blacks in America. His writing about jazz and African-American culture, most notably the book Blues People: Negro Music in White America, was highly regarded.

But his detractors accused him at various times of being racist, dangerously militant, homophobic and anti-Semitic. His infamous 2002 poem about the Sept. 11 attacks contained lines that suggested Israeli involvement in the attack on the World Trade Center.

Still, as The New York Times' Margalit Fox wrote, "his champions and detractors agreed that at his finest he was a powerful voice on the printed page, a riveting orator in person and an enduring presence on the international literary scene whom — whether one loved or hated him — it was seldom possible to ignore."

Baraka died Thursday in his hometown of Newark, N.J. He was 79. He spoke to Fresh Air's Terry Gross in 1986.

On becoming a writer and moving to the Lower East Side

I guess I was the most unbohemian of all bohemians. My bohemianism consisted of not wanting to get involved with the stupid stuff that I thought people wanted you to get involved with — ... namely America ... Dwight Eisenhower, McCarthyism and all those great things. I had just been in some repressive situations — the black middle-class college scene and the crazy United States Air Force — and so I just felt like getting out of that.

I thought, now, that I wanted to be a writer. I had something that I wanted to do, that I was interested in doing, so I wanted to pursue that. I moved to East Third Street and First Avenue before it was the East Village — then it was just the Lower East Side — and I paid $28 a month for this place with no heat. I wish it had heat — I didn't want to be that bohemian — and I used to stick my feet in the oven and put on my sweaters and try to write on a yellow pad every day.

Author Amiri Baraka: 'Tales of the Out And the Gone'

On the beginning of his friendship with poet Allen Ginsberg

I wrote Ginsberg a letter. He was living in Paris. I wrote it on a piece of toilet paper, I guess to be dramatic, and ask[ed] him [if] he was for real: "What is this? Is this for real? What is this? Just a game?" He wrote me back a letter; we started a correspondence.

On being part of the Beat generation

On the assassination of Malcolm X

As young intellectuals, we took that very seriously. ... Malcolm was not just a public figure being killed; it was somebody who we were sworn to be involved with and who had actually shaped our thinking.

On changing his name

It had to do with, "Why should I be an American? Why should I be identified with that, when I should do something to identify with my own real roots?"

So the man who buried Malcolm X — my Muslim imam, priest — he, after I got beat up by police ... came to me and he said, "You don't need this American name." And I was susceptible to it at the time because, God knows, I had just gotten whipped near to death.

So he gave me an Arab name; he gave me the name Amir Barakat. But I didn't want an Arab name ... [so] I took the name and Swahili-ized it and Bantu-ized it, and changed it from Amir to Amiri and from Barakat to Baraka to make it a Swahili name — the same kind of name you'd find in Tanzania or Uganda or Kenya. Now, of course I'm no longer in a cultural nationalist movement, but I'd be the only one in my family with an American name.