Accessibility links
Historic House Is Yours Free, But There's A Catch In an effort to save a tiny 1920s Sears kit house from demolition, architects are offering it free to anyone who can move it to another property. Current owners of the Arlington, Va., plot want to build a bigger home where the kit house stands. 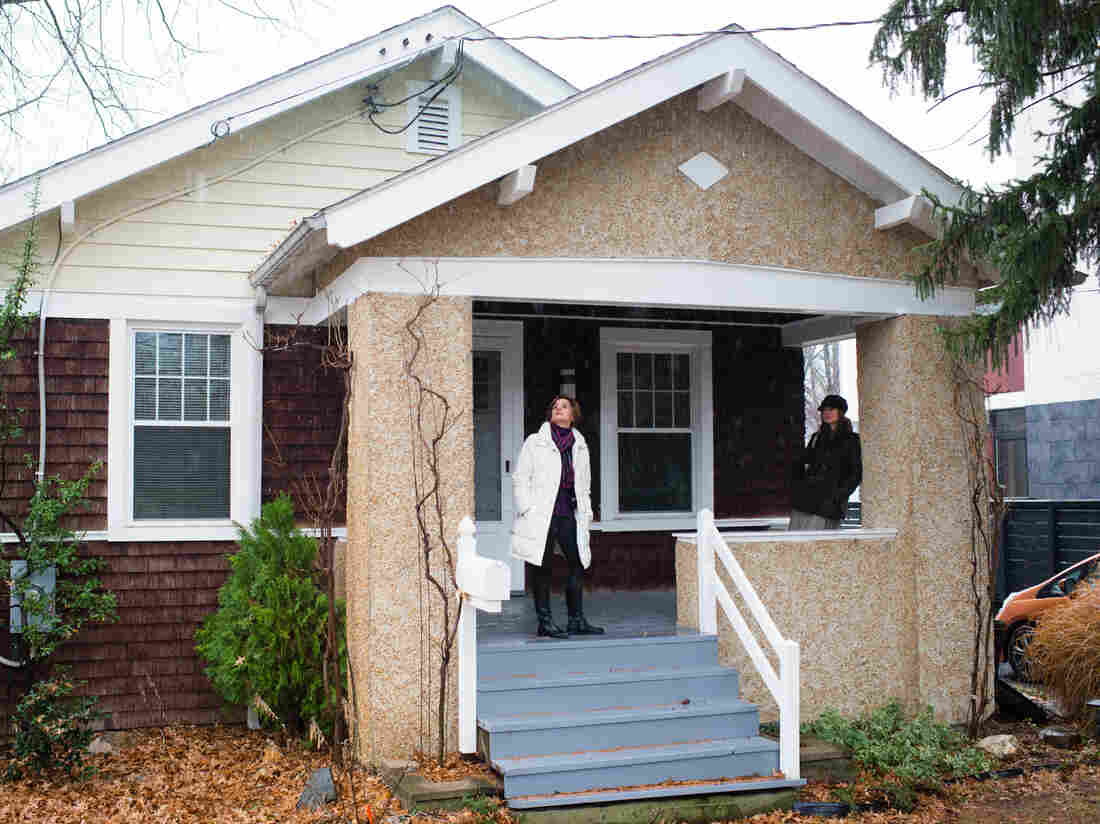 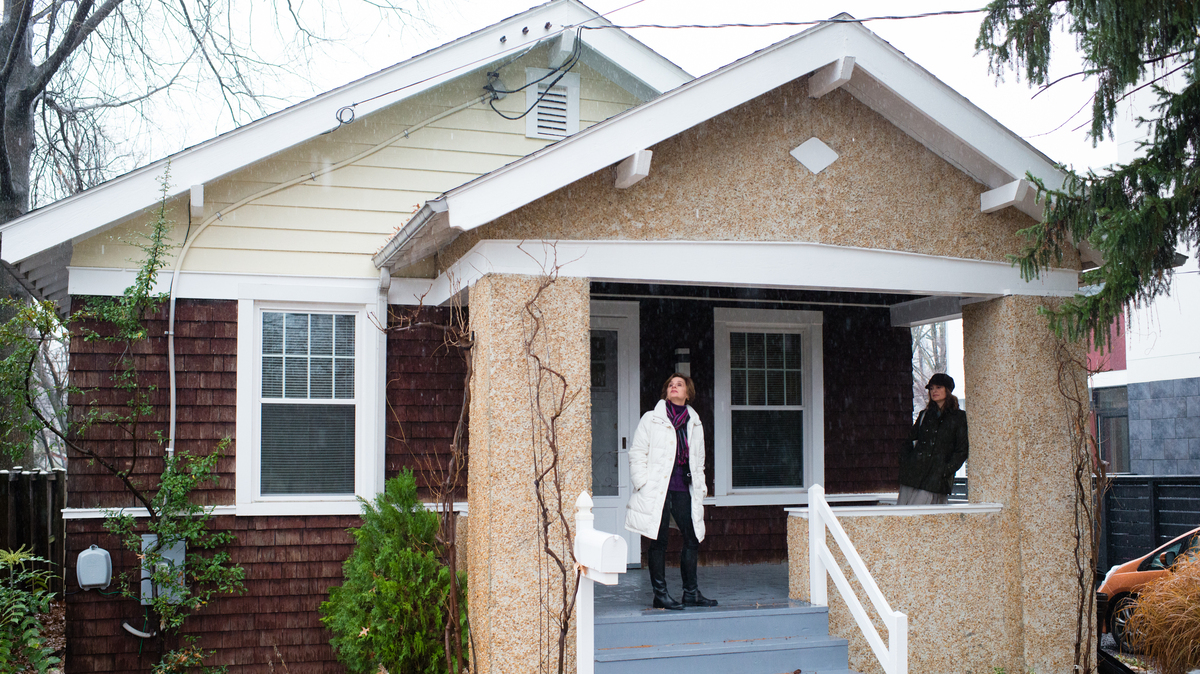 Architects at Paolasquare International are giving away this historic house in Arlington, Va. for free.

This little house is looking for a home.

In the past five years, 600 single-family homes have been demolished in Arlington, Va., many to make way for larger houses, according to a preservation group. One architectural firm is so determined to save one 1920s Sears kit house from demolition, it's giving the house away for free. But there's a catch: the buyer would need to pay to move it to a new location.

The 960-square-foot house is a Wellington model, a style of home Sears sold by catalog in 1926 through its mail order Modern Homes program. Preservationist Eric Dobson stood in the freezing cold in front of the house recently, flipping to its picture in a replica of a Sears catalog, and explaining the process.

"You would order everything from your light fixtures, to your lamp, [the wall covering], kitchen cabinets, the whole thing, whether you get a garage or not. And then it just shipped to you," Dobson says.

The property owner bought the plot for $750,000 but doesn't want to live in the tiny bungalow. It is cute and inviting with its original fireplace, and a living room, dining room, two bedrooms and a kitchen. Paola Lugli and Paola Amodeo are the architects for the client who bought the land. They wanted to preserve the house rather than tear it down.

They'd like to go further than just preserve the historic building, she explained. Such a house could also be used as a coffee shop or an art center.

"We are from Italy and we respect historic structure," Lugli says. "We want them to have continued life, new life, different life."

Dobson is with Preservation Arlington, which featured the house on its website. He says there are between 100 and 200 kit houses in Arlington County, dating back to when it was a working class community, but they are disappearing. Sears, Roebuck and Co. sold more than 70,000 of the mail order homes between 1908 and 1940. There were more than 400 styles, ranging from dignified, multi-story models such as The Ivanhoe, to the three-room, no-bath summer cottage called The Goldenrod.

Cynthia Liccese-Torres, Arlington County's historic preservation coordinator, says the homes were very popular in the area because there was a rail line nearby.

"The materials would be delivered, and then whoever was purchasing the kit would have them shipped to the building lot," Liccese-Torres explains. She thinks it is important to preserve the house because it is part of Arlington's character. "This typifies the types of homes that were originally built here and being able to reuse it just shows how they are still viable, even in the 21st century."

But Lugli's partner, Amodeo, says moving the house will be quite a project. The house would need to be lifted off the foundation, without its two porches, placed on a truck and moved. A contractor would need to disconnect and cap off the utilities at its current location, which is not cheap.

"Just to put it on a truck and move it locally, it's about $30,000," Amodeo says. That estimate doesn't include any work needed once the house is at the new site, such as a foundation for the house. Such a thing couldn't be done in Europe.

"In Italy, everything is built out of concrete and brick," she laughs. "You couldn't just lift a house."

Lugli is certain it's feasible to move this little Wellington model, though it won't be simple. "Obviously there's a little work involved," she admits. "Just a tad."

Despite the challenges, the architects have received nearly 150 emails about the Sears house; they're scheduling meetings in hopes of finding it a new home.