Accessibility links
'Osage' Hits Close To Home For Writer Tracy Letts Playwright Tracy Letts won the Pulitzer Prize for August: Osage County, a story of secrets and family dysfunction. Now it's been released as a film, for which Letts wrote the screenplay. The story and its characters came from his own experiences, Letts says. 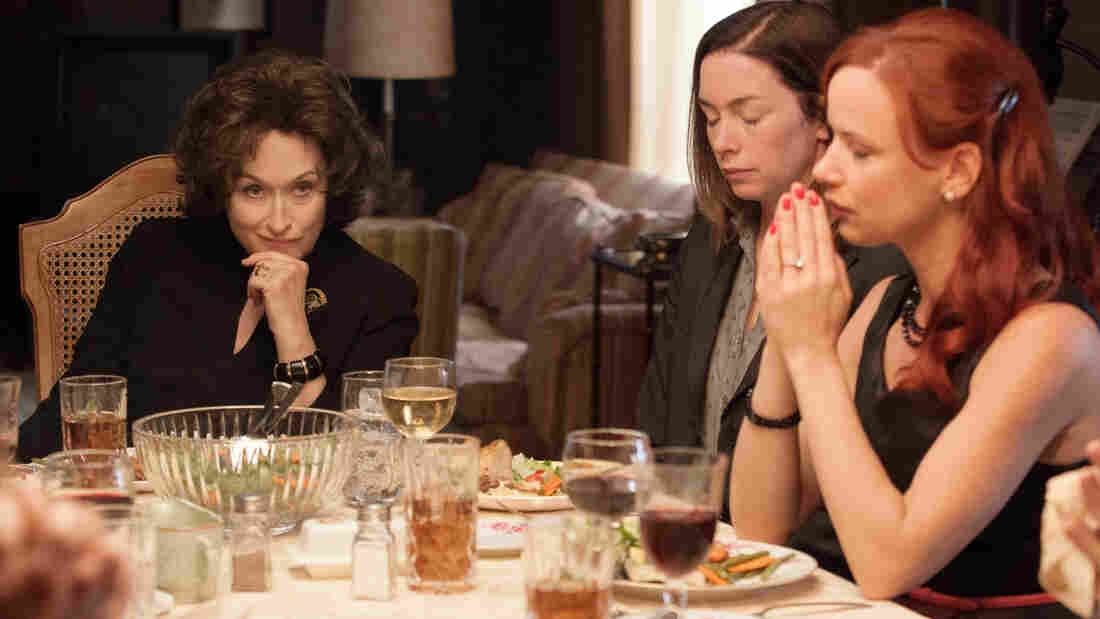 The movie August: Osage County has just opened, with its all-star cast.

Meryl Streep, Julia Roberts, Chris Cooper, Benedict Cumberbatch and more play various members of the Weston clan. They converge on their Oklahoma home when the patriarch, Beverly, who is a poet somewhat past his rhymes, goes missing.

On 'August' And Another Letts Film

In 'Osage County,' A Family Consuming Itself

Tracy Letts, who won the 2008 Pulitzer Prize for the play, adapted it for the screen. He also won a Tony for starring on Broadway in Who's Afraid of Virginia Woolf?, plays a U.S. senator in the latest season of Homeland, and is a member of Chicago's Steppenwolf ensemble.

The story of August: Osage County came from his own experience, Letts says. In fact, his actor father, Dennis Letts, played the role of the grandfather on stage.

"It's based on family history," Tracy Letts tells NPR's Scott Simon. "My grandfather — my mother's father — committed suicide when I was 10 years old."

On how he came to write the play, August: Osage County 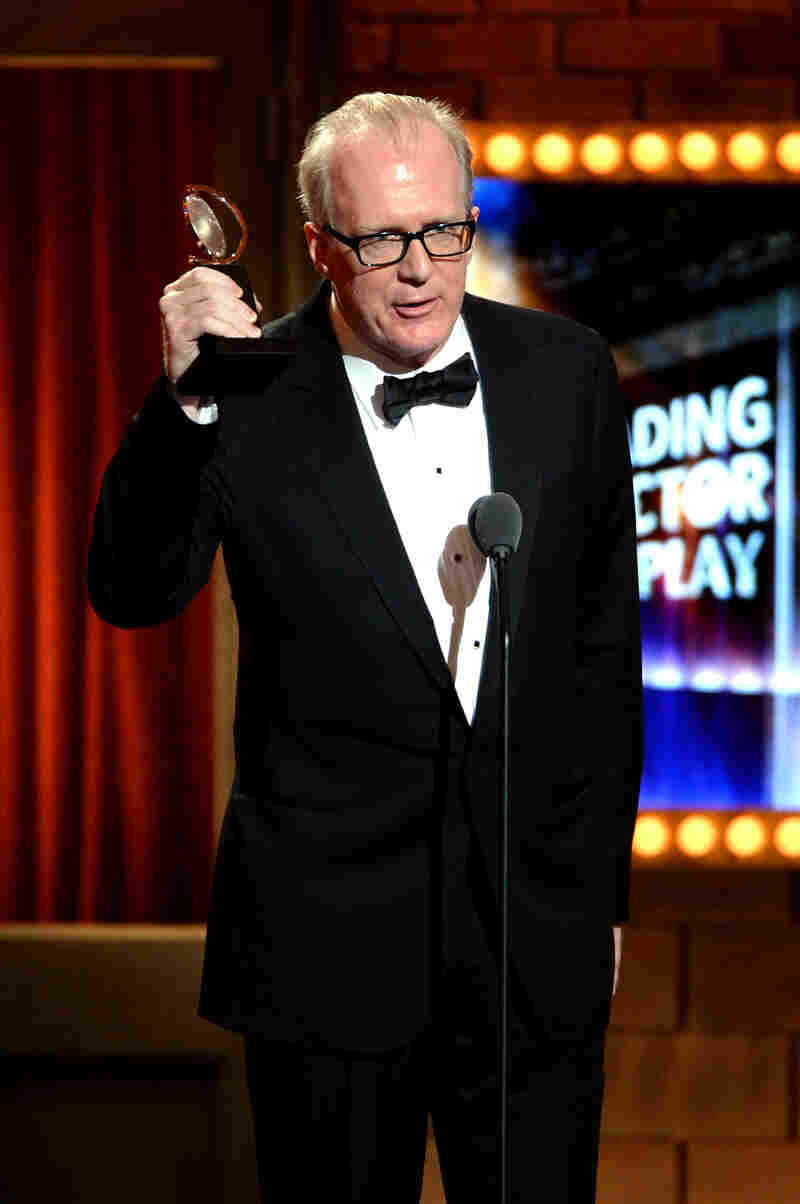 A performer as well as a playwright, Tracy Letts took home the Tony Award for leading actor in Who's Afraid of Virginia Woolf? in June 2013. Andrew H. Walker/Getty Images hide caption 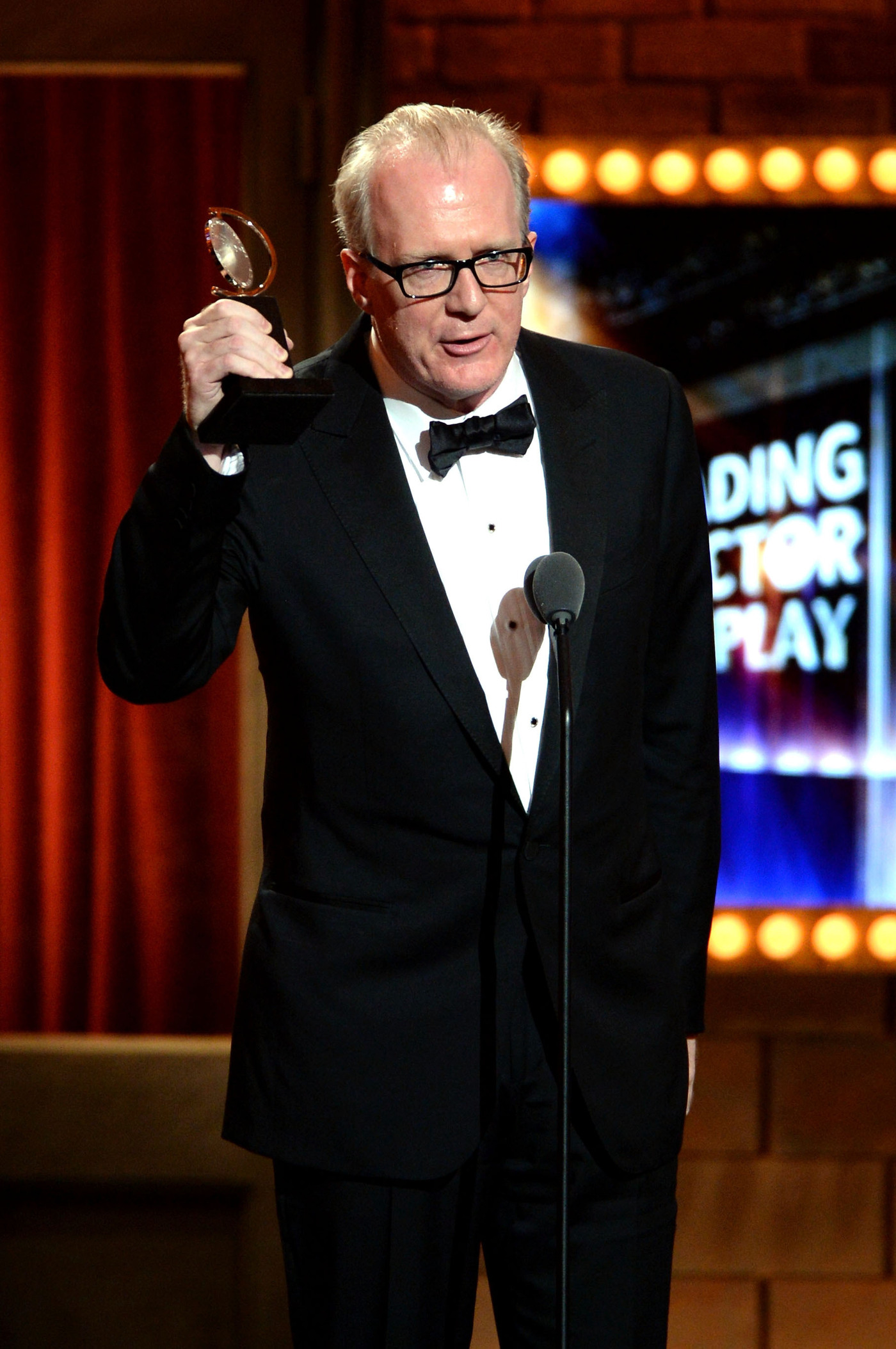 A performer as well as a playwright, Tracy Letts took home the Tony Award for leading actor in Who's Afraid of Virginia Woolf? in June 2013.

My grandmother descended into years of downer addiction, which had a horrible impact on my family, and has ripples in my family even to this day. Watching that as a 10-year-old certainly had an impact on me.

After I became a dramatist, it certainly seemed like ripe material for a play, and I just thought about it for a really long time before I thought, OK, I think I've got the right container for this story. I think I know the way to tell this story in a way that's personal for me, and ... yet not too personal.

On how the setting — Oklahoma — became a character in the movie

I think the landscape is pretty evocative just by itself. When [director] John Wells was scouting locations ... when he saw Oklahoma, he said, "We have to shoot it here, because no place else looks like this." There's a quality to the light that's unlike anywhere else.

What we have seen by doing this play is that the story of this family is pretty universal. The dinner scene alone, in the theater: I can tell you that some people are howling with laughter, and other people are in tears crawling under their seats — they find it very upsetting to watch because it hits pretty close to home.