Accessibility links
A New Rule For The Workplace: 'Hug Sparingly' Research psychologist Peggy Drexler is calling for an end to the "hugging arms race," particularly at work. She has ways for non-huggers to avoid an unwanted embrace without feeling awkward. 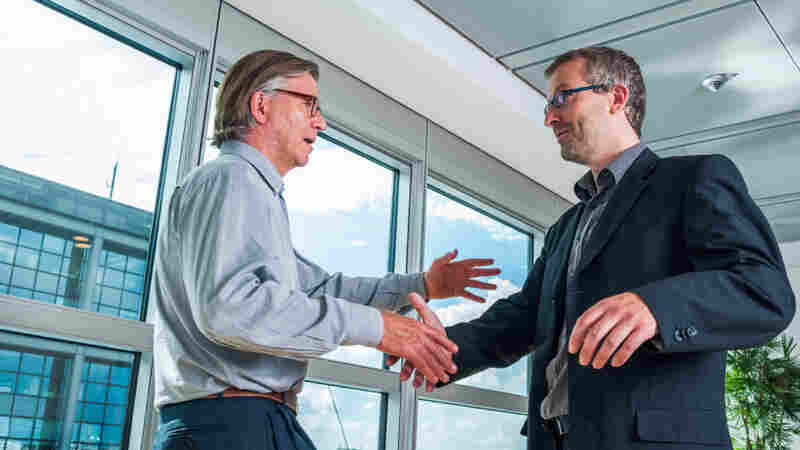 Research psychologist Peggy Drexler says one way to resist an unwanted hug at work is with a stiff handshake. Simone Becchetti/iStockphoto.com hide caption 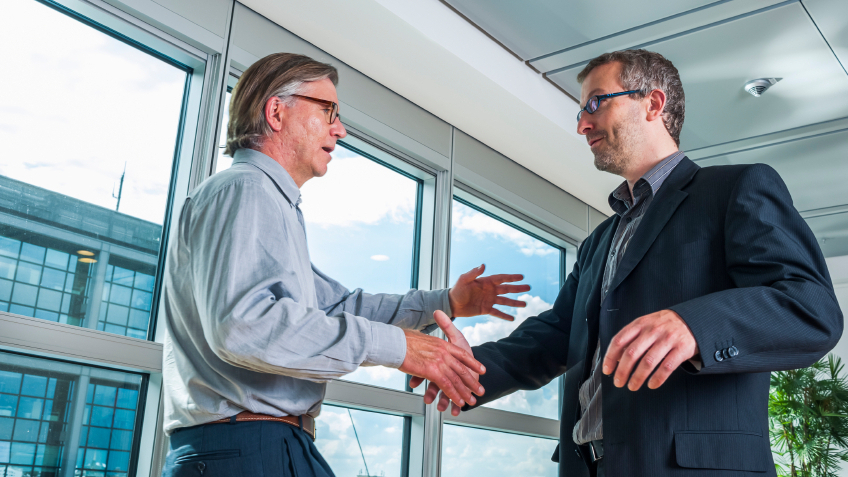 Research psychologist Peggy Drexler says one way to resist an unwanted hug at work is with a stiff handshake.

Everyone loves hugs right? Well, no. And for those who aren't fans, things can get really awkward.

In a recent piece for TIME.com, research psychologist Peggy Drexler declared: "I am not a hugger. And I am not alone."

She calls for an end to the "hugging arms race," particularly at work.

"It's something that's in the zeitgeist, but we really haven't made any rules," she tells All Things Considered host Arun Rath. "My own rule is: I won't hug if you don't."

Drexler became acutely aware of her dislike for professional hugs after earning her Ph.D.

"I was feeling very professional and I saw a well-loved professor on the street and she was coming towards me," she recalls. "All of the sudden, I knew she was going in for the hug. It struck me, 'I don't want this, but how do I get out of it without being hurtful or graceless?' "

She thinks there are some occasions where hugging at work is acceptable: after a big win, a personal loss, or a big life event — like an engagement or wedding. In general, she says, "hug sparingly."

"If it's someone you see in your everyday life, you can become known as a serial hugger, and it's a bit creepy."

If hugging comes up, particularly at the office, here are Drexler's tips to help non-huggers break free:

As a blanket rule, Drexler says, "If you wonder if a hug is appropriate, it probably isn't."