Accessibility links
The War Over Poverty: A Deep Divide On How To Help On the 50th anniversary of President Lyndon Johnson's "War on Poverty" speech, the clash between Republicans and Democrats on how to alleviate poverty has come front and center. Republicans insist that anti-poverty programs have failed; Democrats say they have worked and should be expanded. 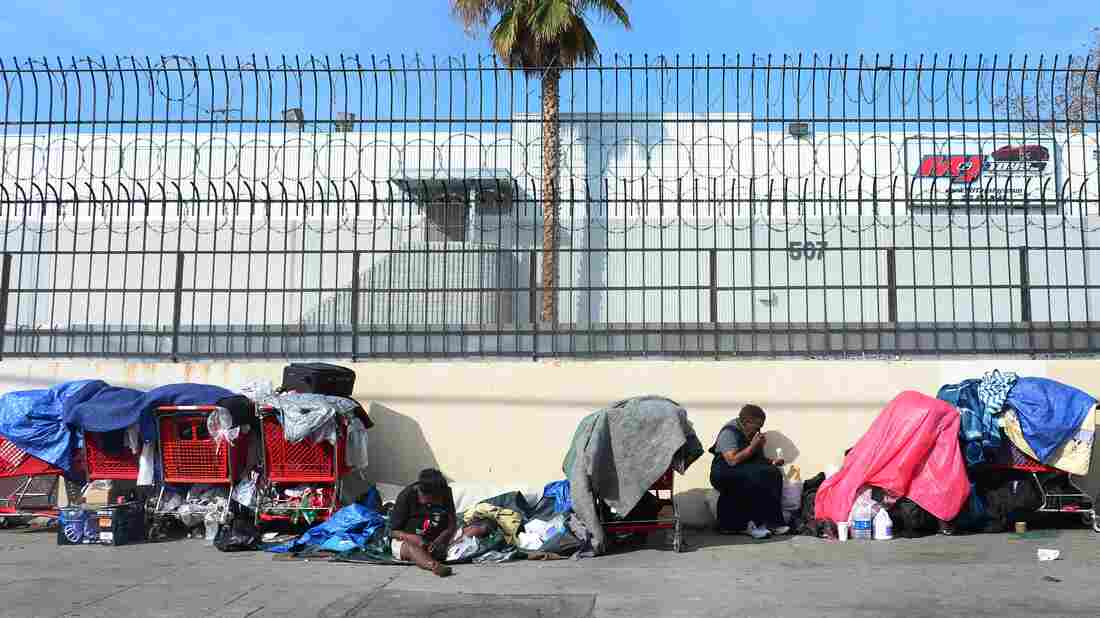 Homeless women sit amid their belongings in downtown Los Angeles on Wednesday. Democrats and Republicans say income inequality is a problem, but they disagree over a solution. Frederic J. Brown/AFP/Getty Images hide caption 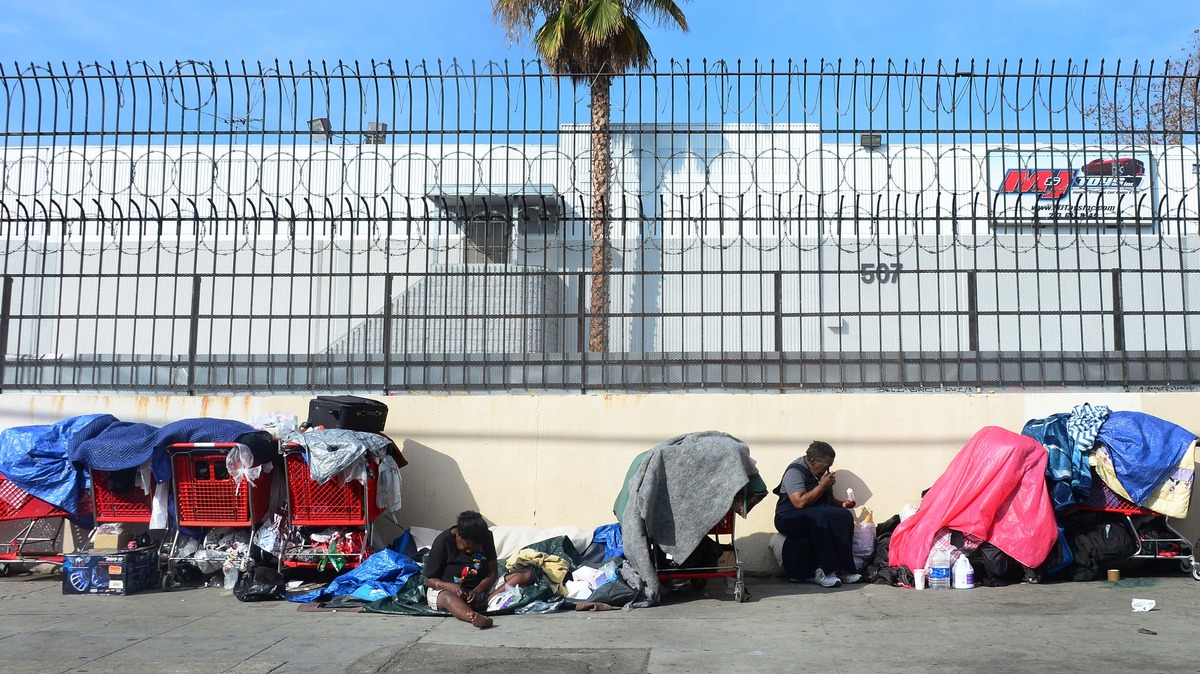 Homeless women sit amid their belongings in downtown Los Angeles on Wednesday. Democrats and Republicans say income inequality is a problem, but they disagree over a solution.

All this week, Majority Leader Harry Reid declared over and over on the Senate floor that there's a downside to the recovering economy.

"It's true," he said. "The rich are getting a lot richer, and the poor are getting poorer."

That observation may not be surprising, coming from a Democrat. Less expected, perhaps, is a similar lament made the same day by the Senate's Republican leader, Mitch McConnell. 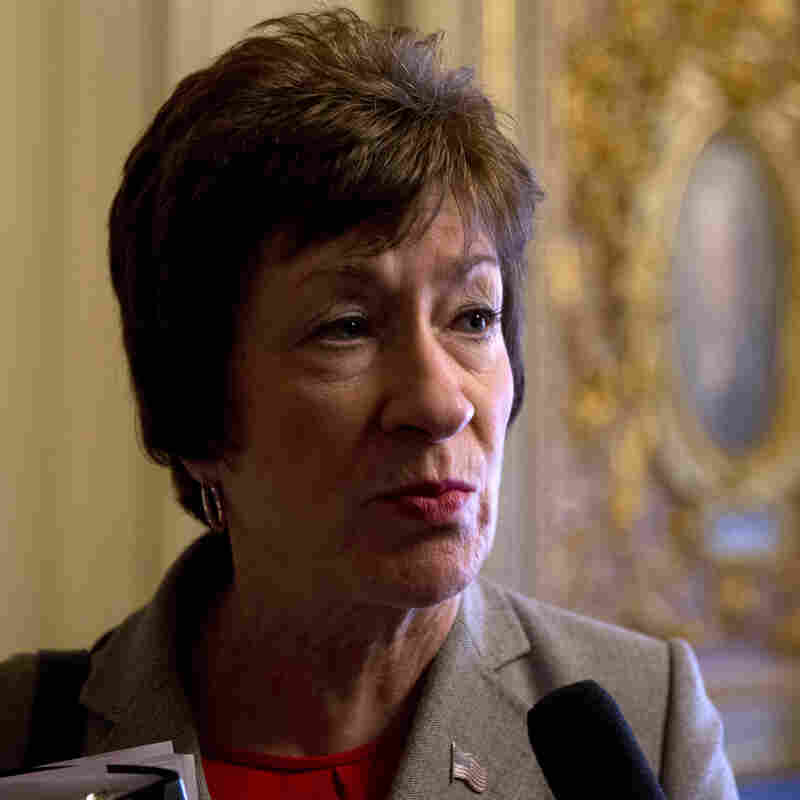 Sen. Susan Collins, R-Maine, says that both parties have compassion for the poor. The difference is in how they try to help. Jacquelyn Martin/AP hide caption

"We all know the stock market's been doing great, so the richest among us are doing just fine," McConnell said. "But what about the poor? What about working-class folks?"

Those comments came the same week a study showed more than half the members of Congress are millionaires.

Still, Susan Collins, a Senate Republican up for re-election in Maine, insists members of both parties are compassionate, and that they do agree "that income inequality is a real issue, that the lack of jobs is a serious problem."

"The question is, what do we do about it?" she asks.

Minimum Wage Loses Ground Since Its Banner Year In 1968

The two parties' deep differences over dealing with these issues were readily apparent on Wednesday, the 50th anniversary of President Johnson's declaration of a "War on Poverty." Democratic Sen. Mazie Hirono of Hawaii called that effort a success at improving the lot of many, while noting that much needs to be done.

But Republican Sen. Marco Rubio of Florida marked the anniversary with a speech in Johnson's old Senate office, highlighting the continued problems of poverty.

"They will not be solved by continuing with the same stale Washington ideas," he said. "Five decades and trillions of dollars after President Johnson first announced the War on Poverty, the results of the big government approach are in."

In an interview with NBC's Brian Williams, another Republican, House Budget Committee Chairman Paul Ryan, was asked what grade he'd give the War on Poverty. 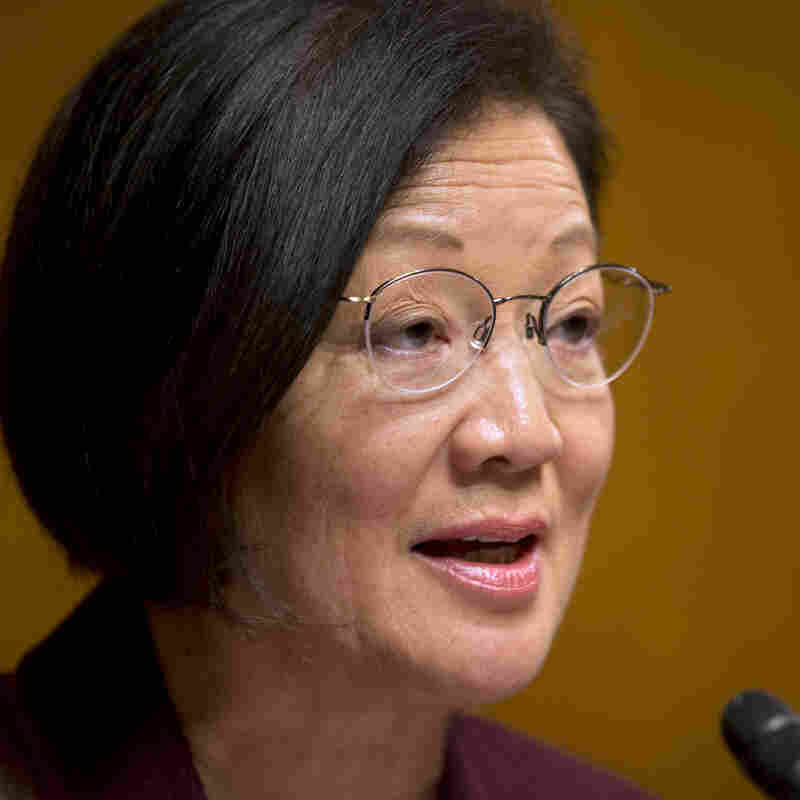 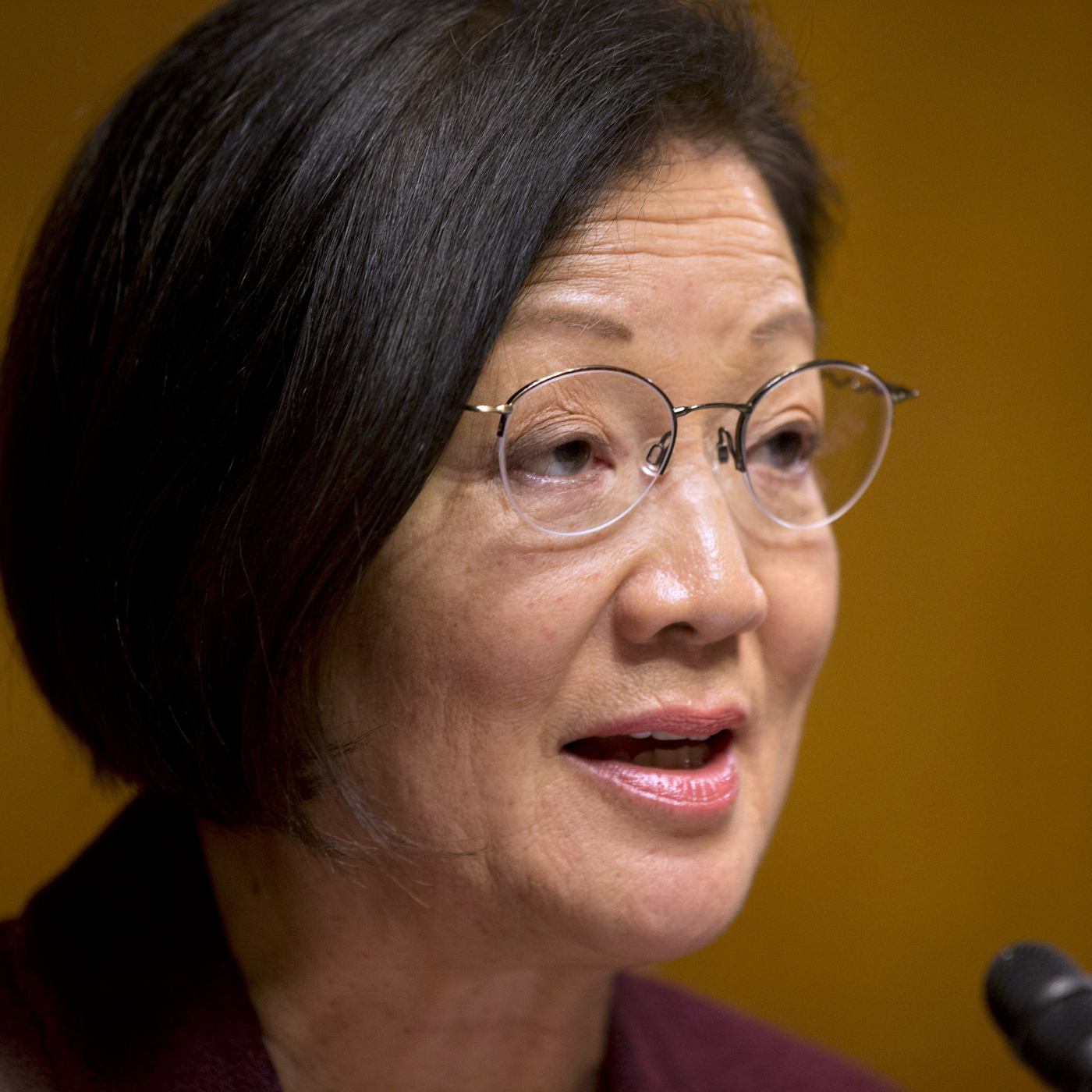 Meanwhile, the Senate is debating whether Congress should restore jobless benefits to more than 1 million long-term unemployed people who lost them two weeks ago. McConnell voted to block the aid.

"Because it's only when you believe that government is the answer to all of your problems that you talk about unemployment insurance instead of job creation," McConnell said.

Most Senate Republicans voted to block extending the unemployment payments, invoking fiscal rectitude. John Hoeven is a Republican from North Dakota, the state with the nation's lowest unemployment.

""You've got to find a way to pay for these programs so we don't keep increasing the debt and deficit, which hurts the economy," Hoeven said.

Democrats say extending unemployment benefits actually helps the economy, in addition to those who receive them. Their next goal is to raise the federal minimum wage. That won't be forgotten come election time, says New York Democratic Sen. Charles Schumer.

"The issue of which party can address the needs of the middle class and the decline in income and the need for better-paying jobs is going to win the election, plain and simple," Schumer said. "Not the party that, you know, figures out the best solution on Obamacare, and not the party that figures out the best solution on the deficit. This is the issue. The world is changing."

This story has been clarified to more accurately reflect Hawaii Democratic Senator Mazie Hirono's assessment of the War on Poverty.