Accessibility links
My Guilty Pleasure: 'Batman: The Dark Knight Returns,' By Frank Miller Author Kim Fu has always loved Batman — at least, one form of him. Her Batman was moral, principled, triumphant: never cheesy or brutish. But Frank Miller's Batman: The Dark Knight Returns cast a guilty shadow over her love for the character, because Miller's bloodthirsty madman shares an awful lot with Fu's favorite version of her hero. 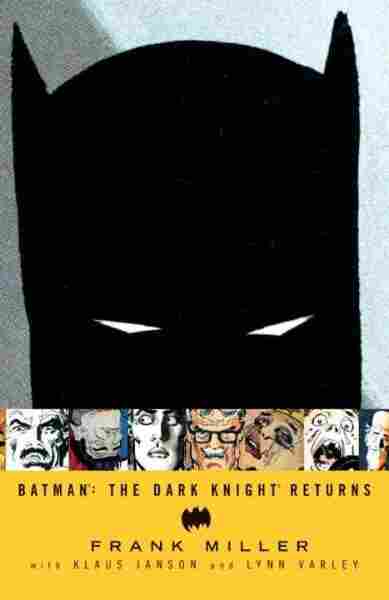 When I was a kid, my local comic book store was a seedy, subterranean hole. I never saw other kids there — only adults and teenagers, who came alone and seemed furtive and abashed. We guiltily pored over the spandex-covered torsos and gore-splattered pages in separate corners.

Now, as an adult, I live partially in Seattle and partially on the Internet, two places where comics and graphic narratives are as respected and celebrated as any other medium. No one hides in the corner, and I read comics without shame — almost. One comic book hero remains a guilty pleasure.

Growing up, I loved Batman, almost exclusively. (I dabbled in the whiny adolescence of Spider-Man and the race parables of X-Men, but neither held my attention the same way.) Since Batman changes across decades, universes, writers and artists, I created two distinct mental categories: Batman and my Batman. My Batman inflicts a lot of psychological torture, but he remains fundamentally the good guy — moral, principled and triumphant. He outwits and disarms his opponents one by one, prefers fear and technology over fists. He's a Zen samurai in the shadows. Whenever I came across a Batman who was misogynistic, needlessly brutish or prone to cracking terrible jokes, I simply filed it under Not My Batman.

The first time I read Frank Miller's Batman: The Dark Knight Returns, I dismissed it in just that way. Its thrill-seeking, bloodthirsty sadist was definitively not my Batman. But rereading it as an adult, I felt a surprised, grudging admiration. First published in 1986, The Dark Knight follows an aging, retired Batman in a dystopian future (inexplicably, Reagan is still president) as he faces his own mortality and is drawn back to the cape and cowl. The non-canon, four-book opus may be one of the best Batman stories ever told.

After vanishing from the public eye, both superheroes and supervillains have aged badly. Selina Kyle, alter ego of Catwoman, runs an escort service. Superman has become a mindless tool of a jingoistic American government. The Green Arrow is an anti-government terrorist. These are grimly, brilliantly logical extensions of their accepted characters: Catwoman is always a manipulative, self-centered opportunist, Superman a simple-hearted patriot and the Green Arrow a near-parody of the radical left.

Similarly, the difference between my Batman and Miller's Batman is a matter of degree. My Batman ties up criminals and leaves them for the police. In Miller's Gotham, a news anchor asks, "What about due process — civil rights?" A few pages later, Batman tells a man who already has a broken leg and is about to be smashed through a window, "You've got rights. Lots of rights. Sometimes I count them just to make myself feel crazy." My Batman, Miller's Batman, every Batman punishes those who have yet to be charged with a crime and uses violence as a deterrent. He isn't an adjunct to an overwhelmed judicial system, as I liked to think; he disregards its most important principles. 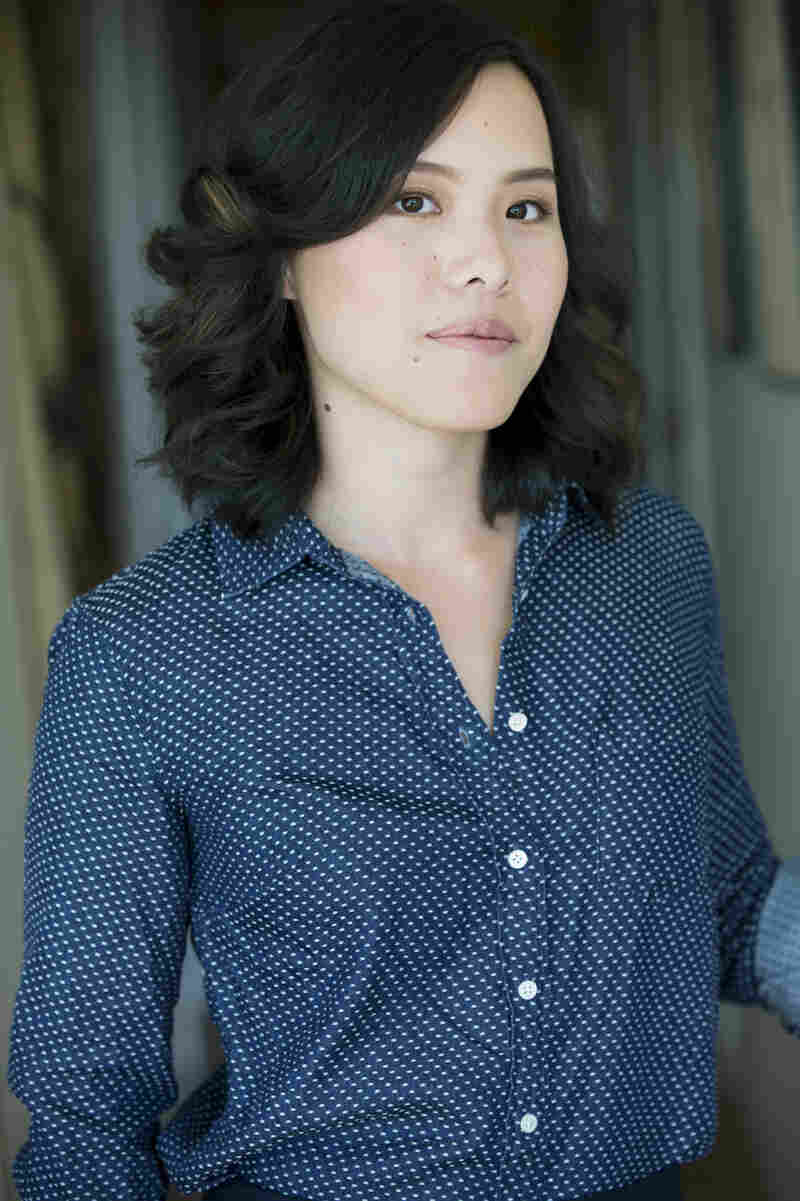 Kim Fu is the news columns editor for Canada's This Magazine. For Today I Am A Boy is her first novel. Inti St. Clair/Courtesy Houghton Mifflin Harcourt hide caption 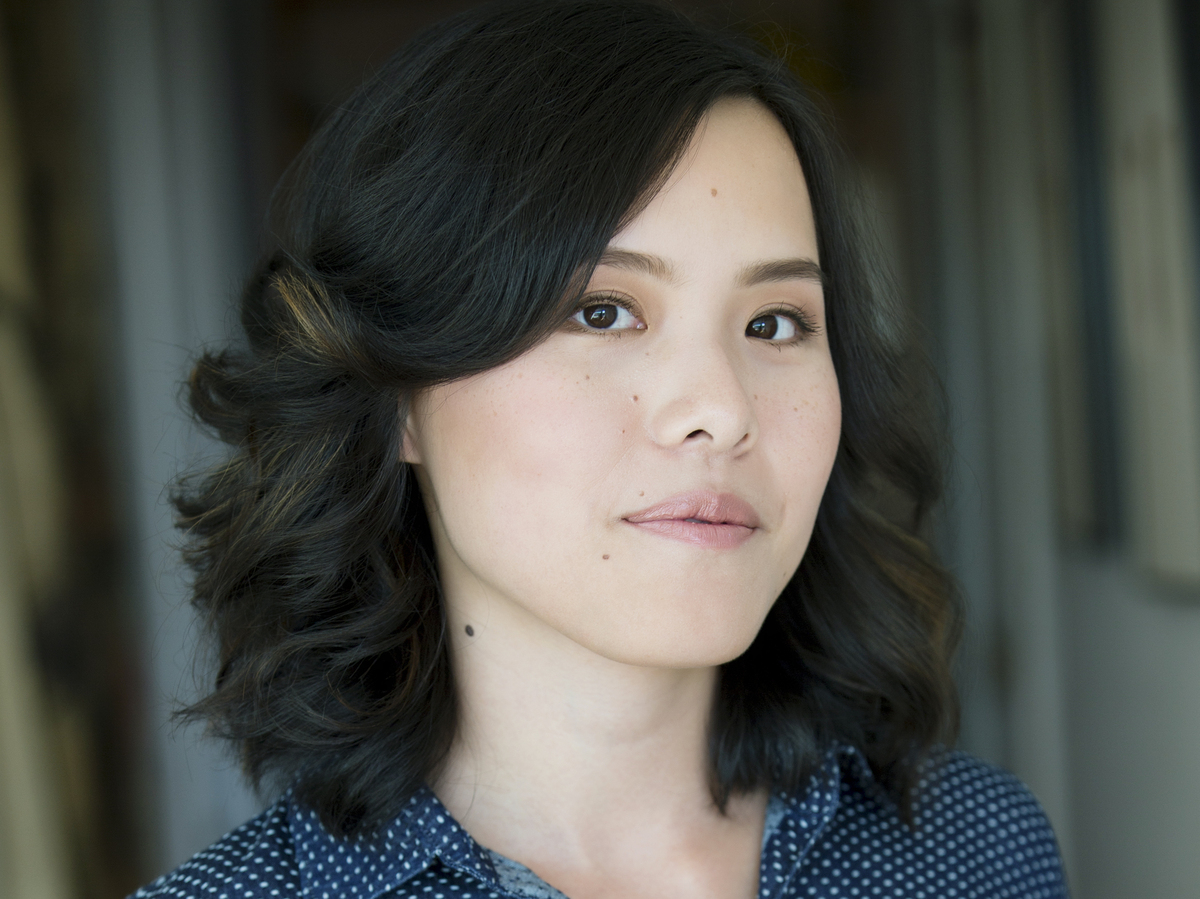 Kim Fu is the news columns editor for Canada's This Magazine. For Today I Am A Boy is her first novel.

The Dark Knight introduces a female, 13-year-old Robin. Alfred tries to stop Batman from training her by mentioning the Robin who died, and Batman snaps, "He was a good soldier. He honored me." An army of sociopathic youth, the self-declared "Sons of Batman," mutilates shoplifters and junkies. Batman does nothing to stop them, so he can later use their devotion to his own ends, and the new police commissioner understandably wants to charge him with child endangerment. My Batman is a gruff, loveable father-figure to his wards, but he must answer to this charge all the same.

Where my Batman conquers madness — the trauma of his parents' death, the individual psychoses and obsessions of his villains and the wider madness of the world — The Dark Knight's Batman is another madman in a costume. He's symbiotic with his enemies, even responsible for them. When Batman retires, the Joker falls into a comatose stupor; when Batman returns, the Joker snaps back to life, full of murderous plans. Their relationship has the seductive, cosmic push-pull of a predestined romance. I have to concede this is far more interesting than good guy versus bad.

The Dark Knight Returns is provocative, but not unprecedented. It underscores grim questions already present in even Batman's campiest and most kid-friendly versions; it explores the core of a complex literary figure. And of course literary figures don't need to be moral or likeable to be great. Think of Lolita's Humbert Humbert. The questionable nature of a hyper-violent vigilante, the thin line between my Batman and Miller's, only makes the series richer.

But part of me will always love my Batman, with a simple pleasure that is part childlike adoration and part schoolgirl crush, a fantasy of justice and valor. My hero, the indefensible sadist.

Kim Fu is the author of For Today I Am A Boy.