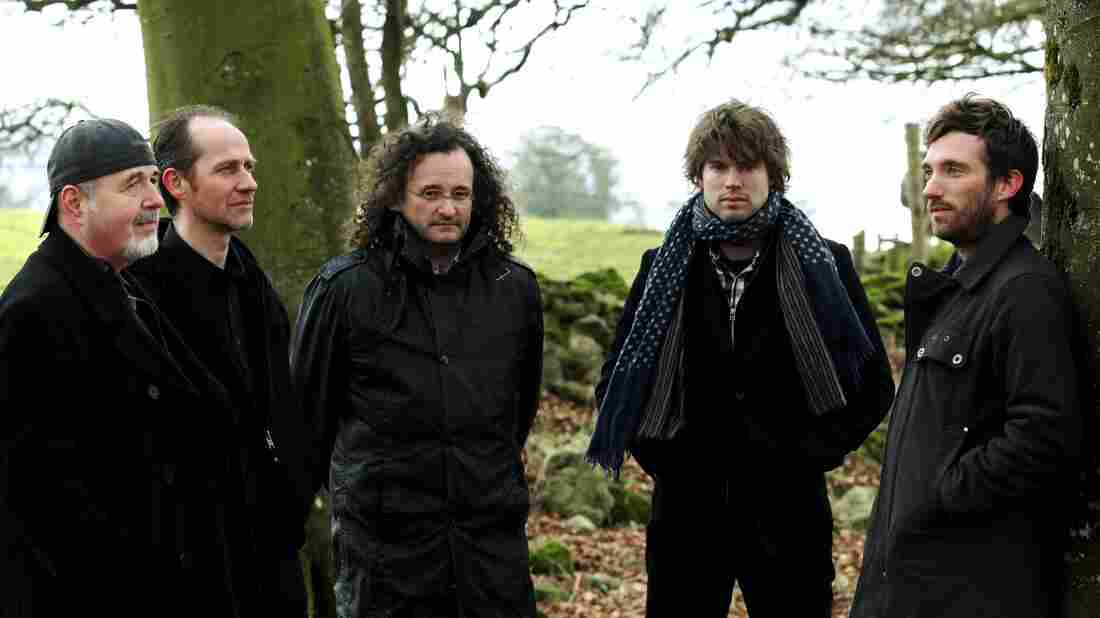 The Gloaming releases its self-titled debut album on Jan. 20. Courtesy of the artist hide caption

The prime minister of Ireland showed up for The Gloaming's first gig; that's how big the supergroup's formation has been for fans of Irish music. Here at NPR Music, Bob Boilen and I have been waiting anxiously for the band's first album ever since The Gloaming made its U.S. debut at globalFEST in January 2012.

Featuring an unusual lineup of singer, two fiddles, guitar and piano, The Gloaming is by any measure an all-star ensemble. It includes three Irish artists: the superb singer Iarla Ó Lionaird (who grew up as a traditional sean-nós vocalist but is also a veteran of the experimental Afro-Celt Sound System), the legendary fiddler Martin Hayes and the younger player Caoimhín Ó Raghallaigh, who plays a 10-stringed violin that he calls a hardanger d'amore, with its five playing strings and five drone-like sympathetic strings. The band is rounded out by two Americans, the masterly guitarist Dennis Cahill and, perhaps surprisingly, pianist Thomas Bartlett (a.k.a. Doveman), better known as a colleague of Antony and the Johnsons, The National, Nico Muhly and Sam Amidon.

There's no questioning the bona fides of The Gloaming, or the abundant virtuosity and sheer beauty the group brings to every track. But what's even more impressive is what these five collectively achieve: The entire album is full of deeply felt, wonderfully empathetic performances that are rooted in tradition but scoured of sentimentality. The traditional idioms of reels and jigs emerge here and there, but The Gloaming brings in harmonies, melodic ideas and textures that darken and expand far beyond "traditional Irish music." In short, this is the rare album that might well transform the syntax of a whole style.

In a documentary film about The Gloaming, aired via the national Irish broadcaster RTE One over the Christmas holiday, Bartlett said of his colleague Martin Hayes: "You can be sitting there thinking, 'Oh, this music is astonishingly beautiful,' and 'Oh, what a nice variation to the melody he did,' and you don't realize he's actually slowly circling you with this net until he's got you in a place that you didn't think you were going to get to." Bartlett was talking about Hayes, but he may as well have been referring to the whole idea of The Gloaming.