Accessibility links
Months After Marriage, A Military Wife Becomes An 'Unremarried Widow' Artis Henderson was just 26 when her husband, Miles, died in Iraq. Marrying him meant leaving behind the life she had planned for herself — and his death redefined her life all over again. Henderson's debut memoir is called Unremarried Widow. 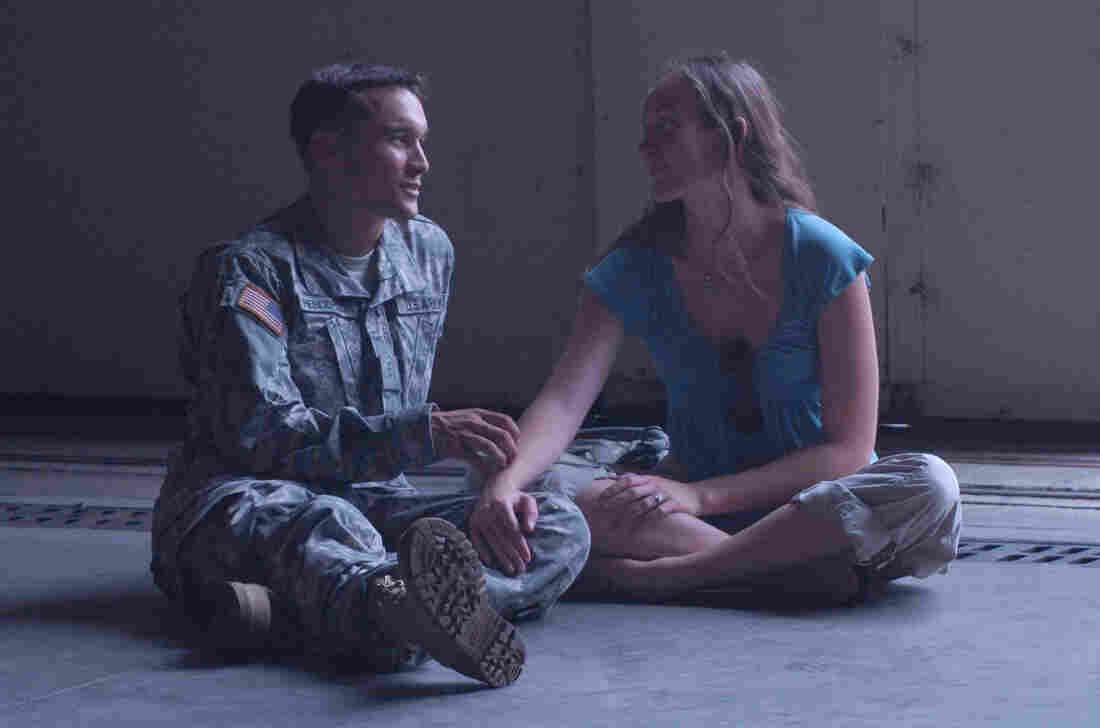 This photograph of Artis Henderson and her husband Miles was taken in 2006, on the day he deployed to Iraq. Miles was killed just a few months later in an Apache helicopter crash. Simon & Schuster hide caption

Artis Henderson never imagined she'd end up a military wife. She had dreams of becoming a writer and traveling the world; settling down with a conservative, church-going Army pilot wasn't the life she'd planned for herself.

But she fell in love with Miles Henderson and she followed him to Army bases in small towns where she struggled to fit into military life and culture. Then, in 2006, her new husband deployed to Iraq and was killed just months later in an Apache helicopter crash.

In her memoir, Henderson describes her new life as — in official military terms — an Unremarried Widow. "Military wives are so tough," she tells NPR's Rachel Martin about the community of women she joined. "I mean, they have to be." 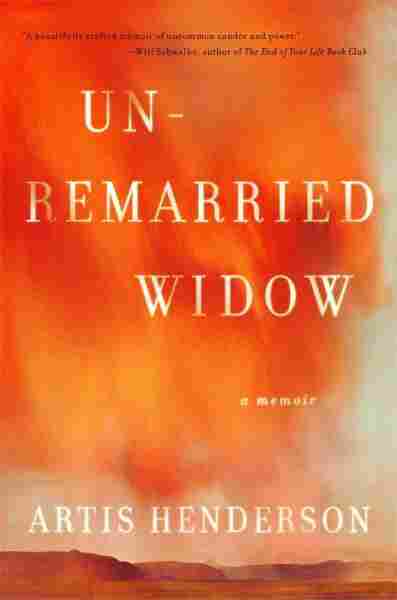 I was maybe in a different place in my life. I was a little bit younger. I didn't have kids. ... I didn't have a lot in common with them, not at that point. ... I was so resistant to that idea of, yes, we these military wives, we would be this strong-knit community. And I just couldn't understand that.

I thought that my friends would be outside the military. That I would make, you know, friends from work, but I kind of saw over time that with a military lifestyle that those are your friends. That is your support network. And the soldiers are gone so often that the community becomes the other wives, and sometimes that's all you have.

The idea was that we were ... supposed to write a question and put it into this jar and then they would ask the question to the group and everybody would answer. It was kind of supposed to be an icebreaker, and you know, I didn't know what to ask. These were women I knew kind of professionally and casually, but ... they weren't my best friends. So I didn't know what to ask this group of women.

And so, as the jar was kind of making its way around the circle, I wrote the thing that I thought about all the time, which was: "How do you make a life with someone — someone you love more than anyone else in world — but living that life means giving up what you had planned for yourself?" ... It was funny because no one really seemed to care. It didn't seem like it was the type of question that other people worried about.

On feeling alone in her desire to think beyond the military

Writing The Book On Survival For Military Widows

He wrote what military widows, we call it a goodbye letter. It's a letter that you only read if the worst has happened. Not every soldier writes one, but Miles, he did write one for me. He put the date on it, and it was still really early in the deployment when he wrote it. ... I like to think that Miles wrote me mine because ... of his character and his goodness, and not because he was scared.

On how she found out that Miles had been killed

I had come home from work. In hindsight I had this odd feeling that something was off. Like when I pulled in the garage, there were no lights on, and my mom would always leave the lights on for me. I went upstairs, and I put my key in the lock, and the lock was unlocked and that — we always have the door locked.

So something felt odd, and I pushed the door open and my mom was in the living room — and she was sitting in the middle of the living room, which made no sense — and there was a soldier standing behind her and another one next to him. And as soon as I saw them, I knew. But it felt like such a betrayal because that's not how it's supposed to happen. They're supposed to knock on your door, but they were already there.

There's a lot I wanted to say. Yes, about the military community, certainly, and the power of it and the resiliency of its members, especially military wives. And I think, more than anything, I just wanted people to feel how I felt, both in loving him and in his death.

Read an excerpt of Unremarried Widow