Accessibility links
Lessons On Blindness, 'For The Benefit Of Those Who See' Braille Without Borders was the first school for the blind in Tibet, founded by a German woman who is blind herself, Sabriya Tenberken. On assignment profiling Tenberken, writer Rosemary Mahoney had to face her own fear of losing her sight and challenge long-standing misconceptions about blindness. 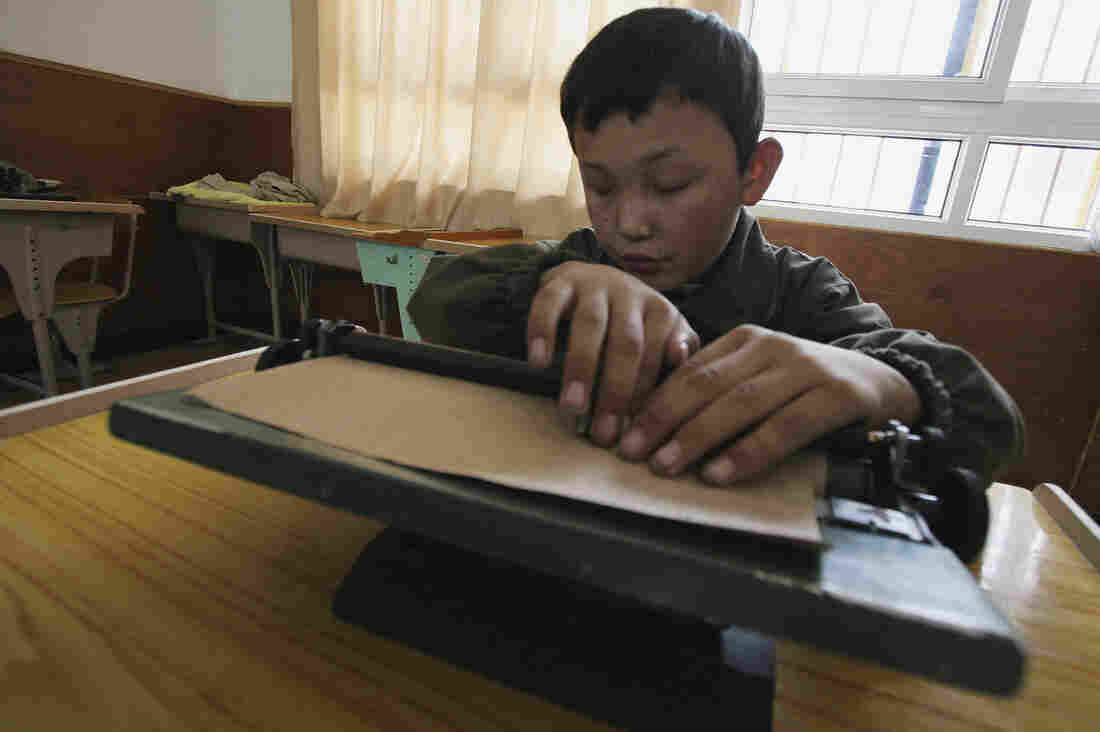 A blind child studies at the Braille Without Borders school in Lhasa, Tibet, in 2005. The program was the first of its kind in the country. China Photos/Getty Images hide caption 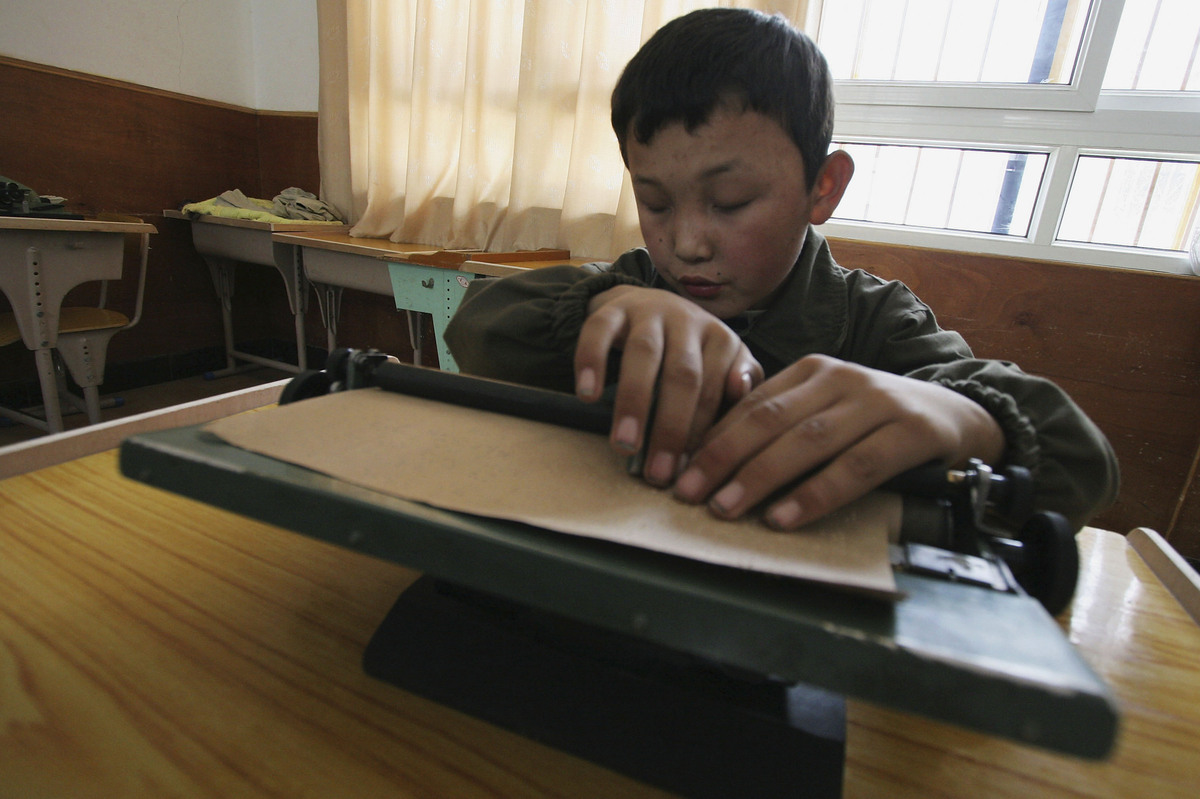 A blind child studies at the Braille Without Borders school in Lhasa, Tibet, in 2005. The program was the first of its kind in the country. 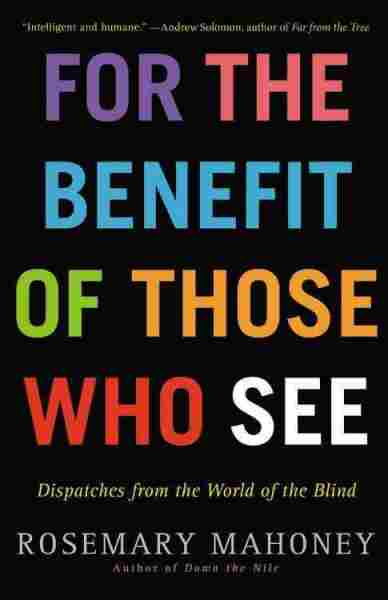 For the Benefit Of Those Who See

Dispatches from the World of the Blind 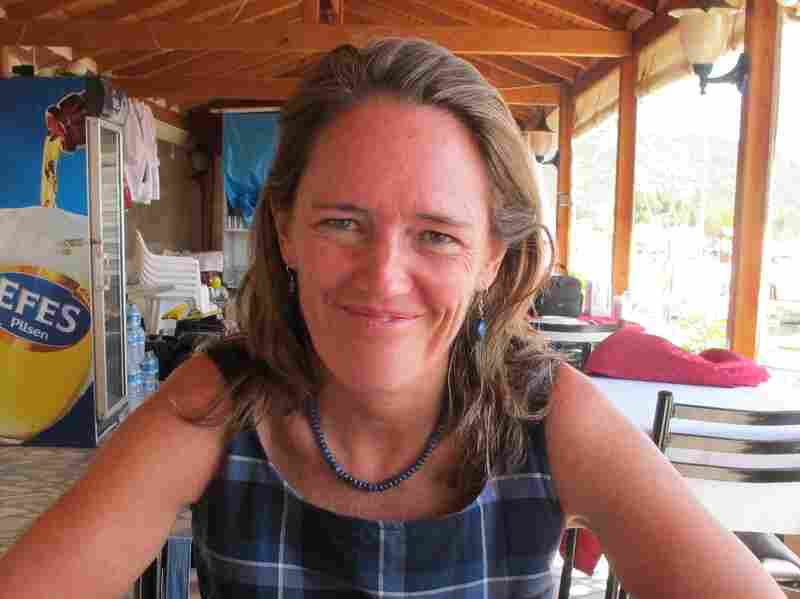 Rosemary Mahoney's other books include Down The Nile, The Art Of Fact and The Singular Pilgrim. Aias Dimaratos Tchacos/Little, Brown and Company hide caption 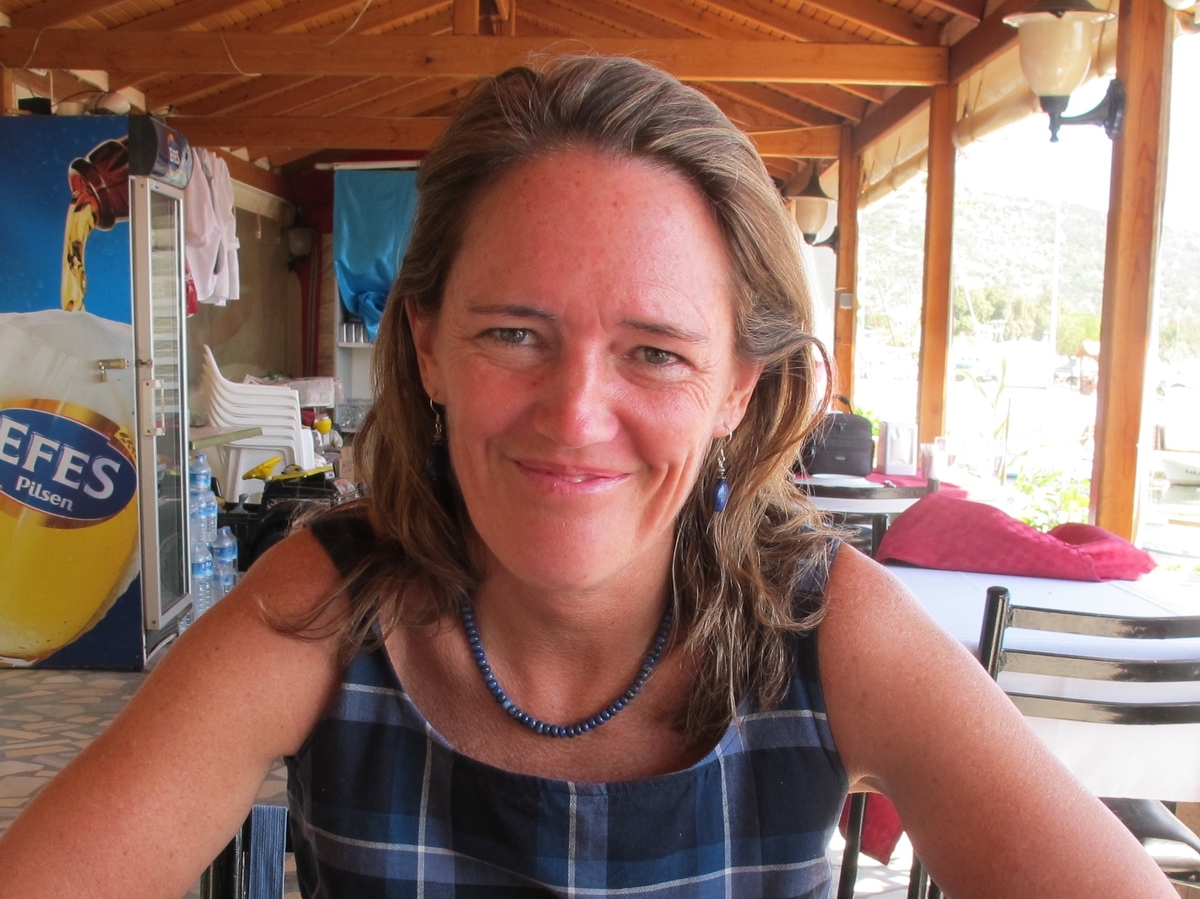 Rosemary Mahoney's other books include Down The Nile, The Art Of Fact and The Singular Pilgrim.

In 2005, Rosemary Mahoney was assigned to write a magazine profile of the woman who started Tibet's first school for the blind, Braille Without Borders.

Sabriya Tenberken, who is blind herself, traveled to Tibet as a young woman and found that blind children there had no access to education, which motivated her to set up a program. During college in Germany, where she grew up, Tenberken also developed the first Braille script for the Tibetan language.

When Mahoney took the assignment to write a profile of Tenberken, she was apprehensive. She knew very little about blindness and had always been terrified of losing her own sight. But after just a few days at the school, Mahoney was drawn into the story of the school and the lives of the people she met there.

She realized she had to rethink everything she thought she knew about vision.

Mahoney's experience led her to write a book, For the Benefit of Those Who See: Dispatches from the World of the Blind. She tells NPR's Arun Rath about the long-standing misconceptions about blindness and the opportunities afforded by the Braille Without Borders project.

"What has happened in Tibet because of the school," she says, "[is that] many blind children have been given an opportunity for an education in a way that many sighted people in these small villages have not been."

On living with blindness

When sighted people cover their eyes or find themselves in a dark place, this is something that's very terrifying for us. And so in general we assume that this is what blindness means. But of course it isn't. For people who are born blind or who go blind at a very young age, that's not at all what blindness means. And even people who lose vision at an older age, yes, they go through a period of depression and utter despair, but eventually most blind people learn how to live in the world and the world doesn't feel black to them. I've rarely met a miserable, self-pitying blind person.

On the way blind people are perceived

It's pretty much unanimous the way blind people have been perceived in all cultures and for millennia. The first is: If they can't see, they must be stupid. The second one is — and this is a very old one — that blindness is such a terrible thing that it must be a curse from God for some evil you committed.

When Jesus and his disciples meet a blind man in the road and the disciples say to him, 'Master, why was this man born blind? Who did sin, he or his parents?' because there was no other conception of why a person would be blind. It was a punishment from God, so the blind person must be evil and must be avoided.

On restoring the vision of the blind

We always think, well, for a person who's blind, it must be an amazing, joyful miracle if by some chance their sight is restored to them. Now this may be true for blind people who lost their vision at a later age. It's rarely true for people who are born blind or who go blind at a very young age.

Read an excerpt of For the Benefit Of Those Who See

School Trains The Blind On Life With A Guide Dog