Accessibility links
The Globes Will Be Golden, But Hollywood Remains Mostly White Sunday's Golden Globes celebrate a diverse group of actors, but beyond those standouts, Hollywood is still a tough town for minorities. In a "who-you-know" business, professionals say, the only color that really matters is green. 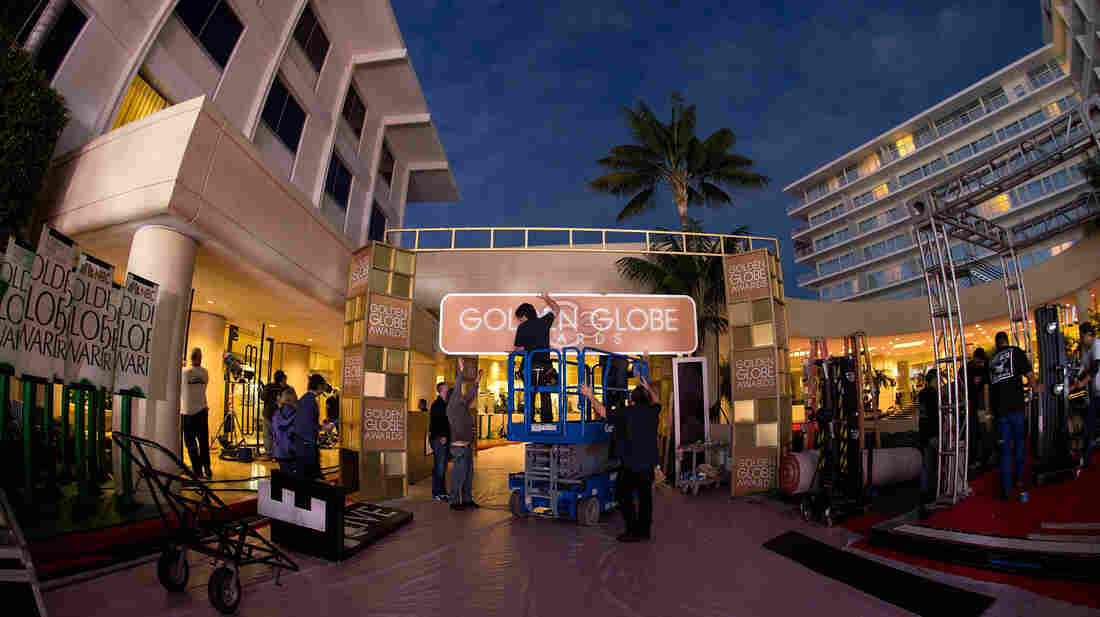 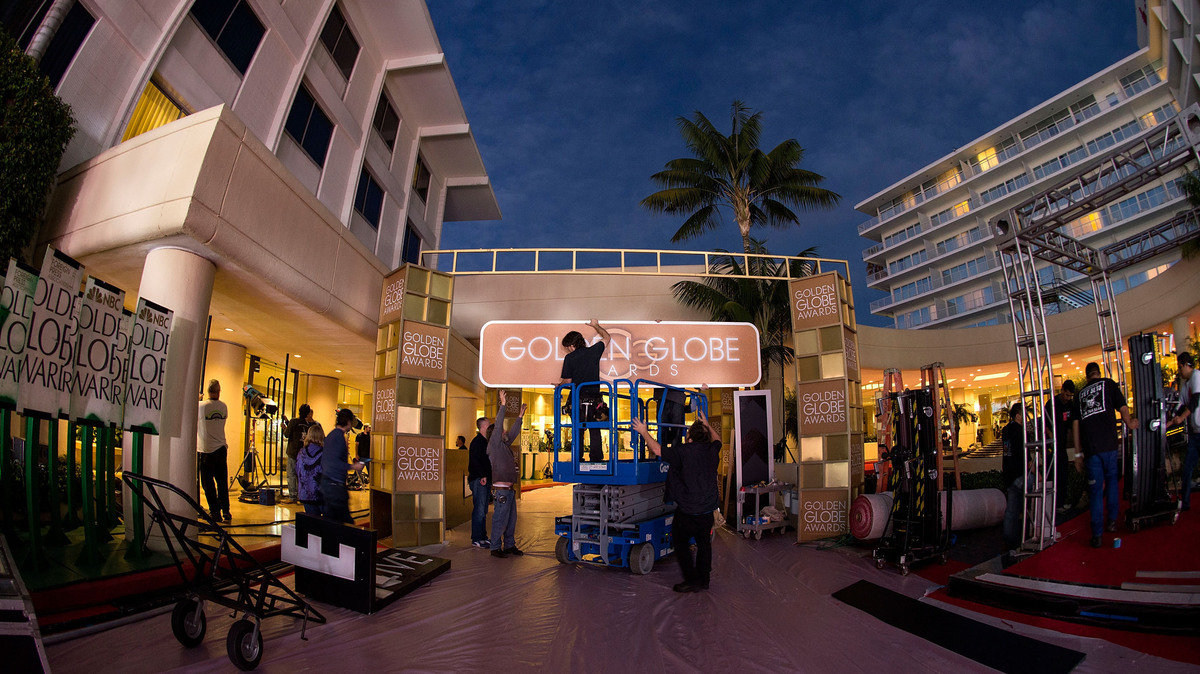 Sunday's Golden Globes celebrate a diverse group of actors. Even so, very few shows feature minorities in leading roles on screen or off.

Sunday night is one of the biggest nights in Hollywood, as stars from film and television gather for the Golden Globe Awards.

This year's awards, which celebrate the best writing, acting and production of the year, are being hailed as the most diverse yet, with a significant number of minority actors up for awards. 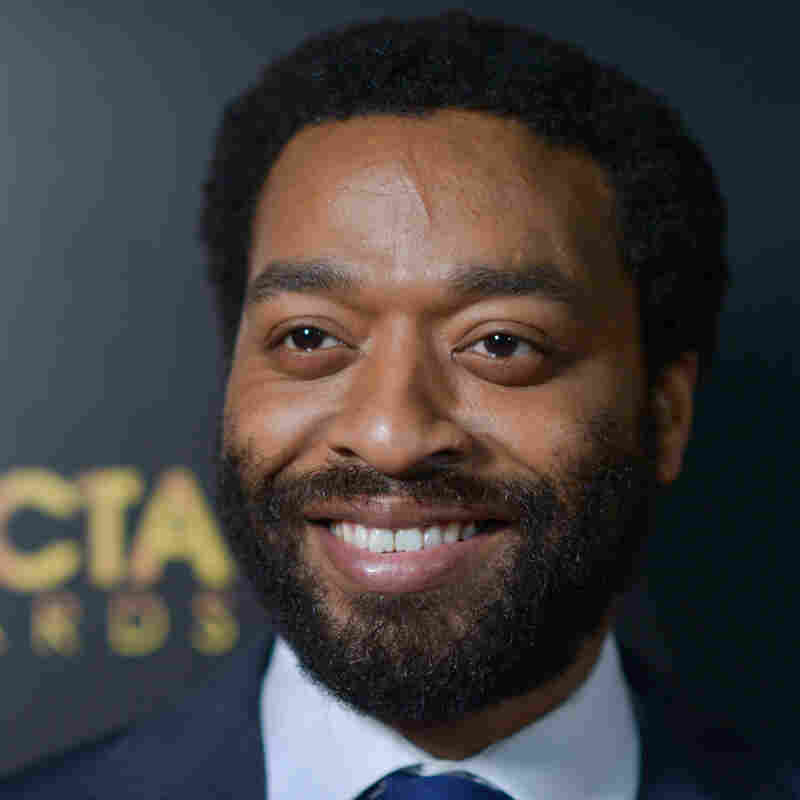 Chiwetel Ejiofor has been nominated for a Golden Globe for his role in 12 Years a Slave. Richard Shotwell/AP hide caption 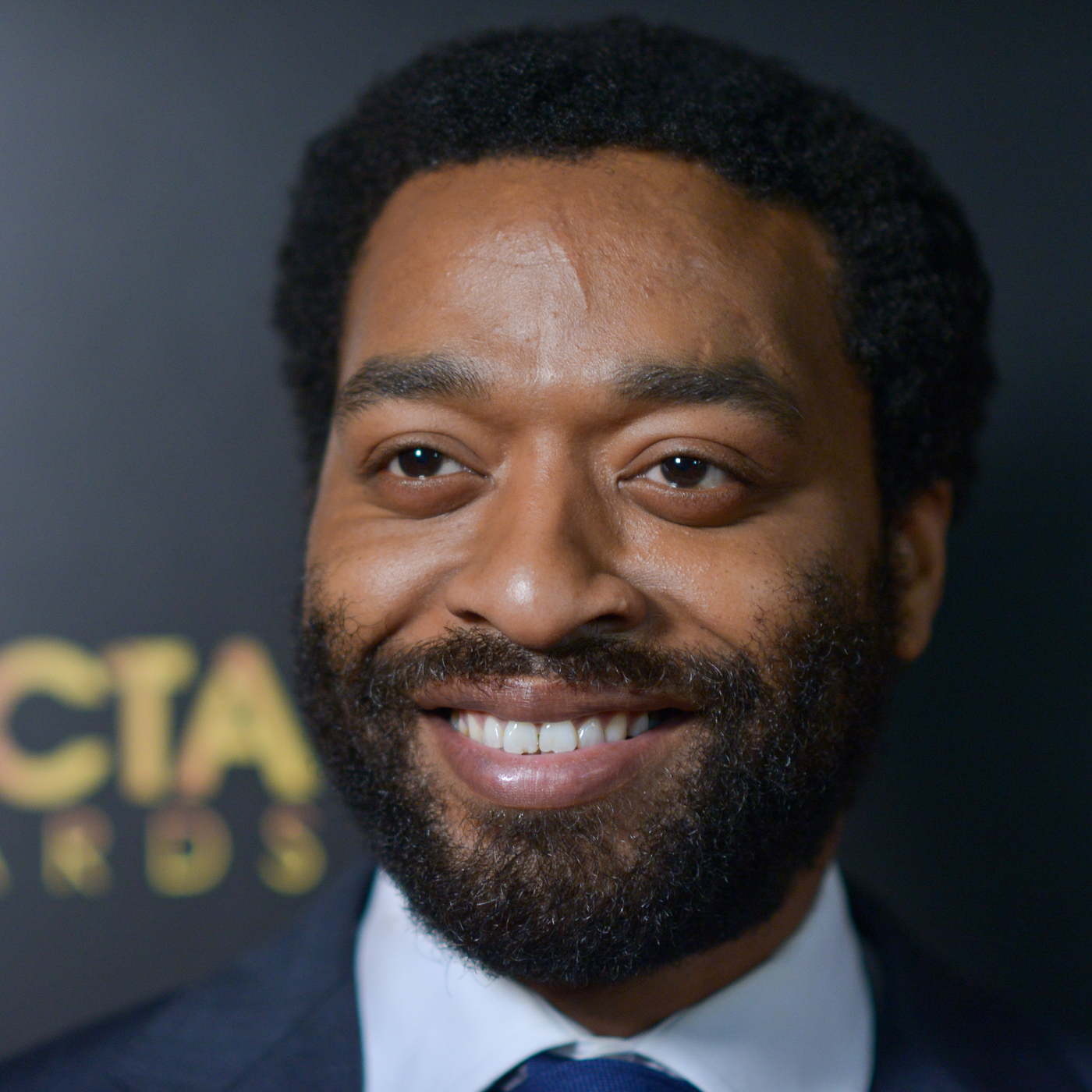 Chiwetel Ejiofor has been nominated for a Golden Globe for his role in 12 Years a Slave.

The pool of minority actors is still relatively small, Deggans says. "There are ... certain actors of color who've been embraced by Hollywood, and maybe it's time to spread that wealth around a little bit and get a wider range of actors involved in these big projects."

Beyond those standout actors and writers, Hollywood is still a tough town for minorities.

Whether To 'Go Ethnic'

Jasika Nicole, a biracial actor whose mother is white and father is black, says the default skin color for TV and film roles is white, and she won't be considered for a part unless the role calls for "ethnic."

"There have actually also been times when a role said that they were looking for open ethnicities, and I was submitted, and they wrote back saying, 'We decided not to go ethnic this time,' which means they're going with a white woman," Nicole says.

But sometimes, producers have to make a explicit effort to find people of color for television. Saturday Night Live held a casting call recently specifically to find an African-American woman for its cast. The show hired Sasheer Zamata after it was criticized for having no black women comedians. 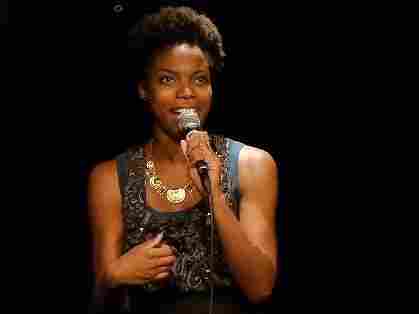 "It's very hard to diversify these areas unless you specifically go out and try to find people," Deggans says. "That doesn't mean you're being unfair, it just means that there's a reason why a certain area is lacking in ethnic diversity. You have to go out there and find those people and give them opportunities in ways that don't necessarily naturally occur for other people."

Shawn Ryan is a television executive producer who has been in the business for more than 20 years. Like SNL Producer Lorne Michaels, Ryan makes decisions every day about how to diversify his staff, onscreen and off.

In once case, Ryan cast CCH Pounder, an African-American woman, in a role for The Shield that he had originally written for a white man.

"I'd love to say it was a thunderbolt of brilliance on my part, but it wasn't," he says of the casting move. "It really gave me a whole new perspective on the role, and taught me how to be this way in the future."

But Ryan still doesn't see minority actors getting the big, lead roles. "I would say, sadly, no," he says. Casting comes down to what Hollywood thinks viewers want to see.

"I think there's a belief — whether this belief is correct or not — that a minority in your lead might not lead to bigger viewership numbers," Ryan says. "I'm not saying that's correct, but I think there's a worry — hopefully a worry that's going away — with the success of a show like Scandal."

Scandal star Kerry Washington is nominated for a Golden Globe for her portrayal of political power player Olivia Pope — who happens to be black and a woman. In another rare starring role, the show's creator, Shonda Rhimes, is also a black woman. 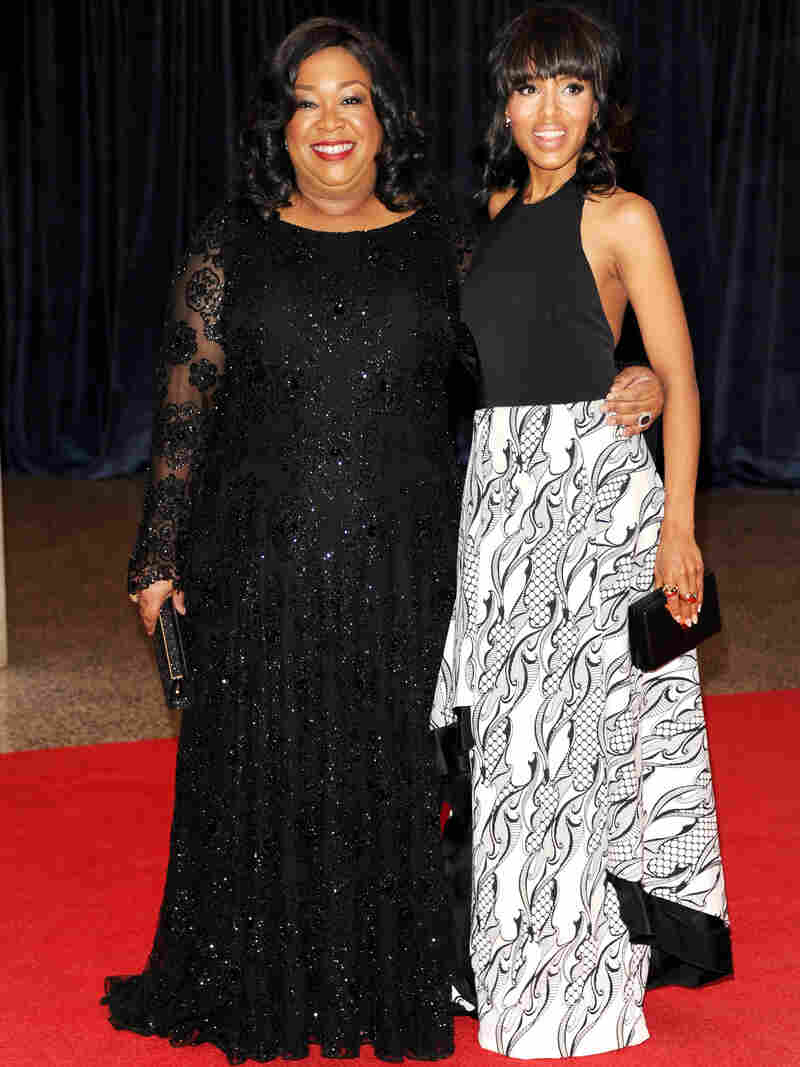 Screenwriter Shonda Rhimes, left, and actress Kerry Washington are hot in Hollywood due to the success of the TV show Scandal. Evan Agostini/AP hide caption 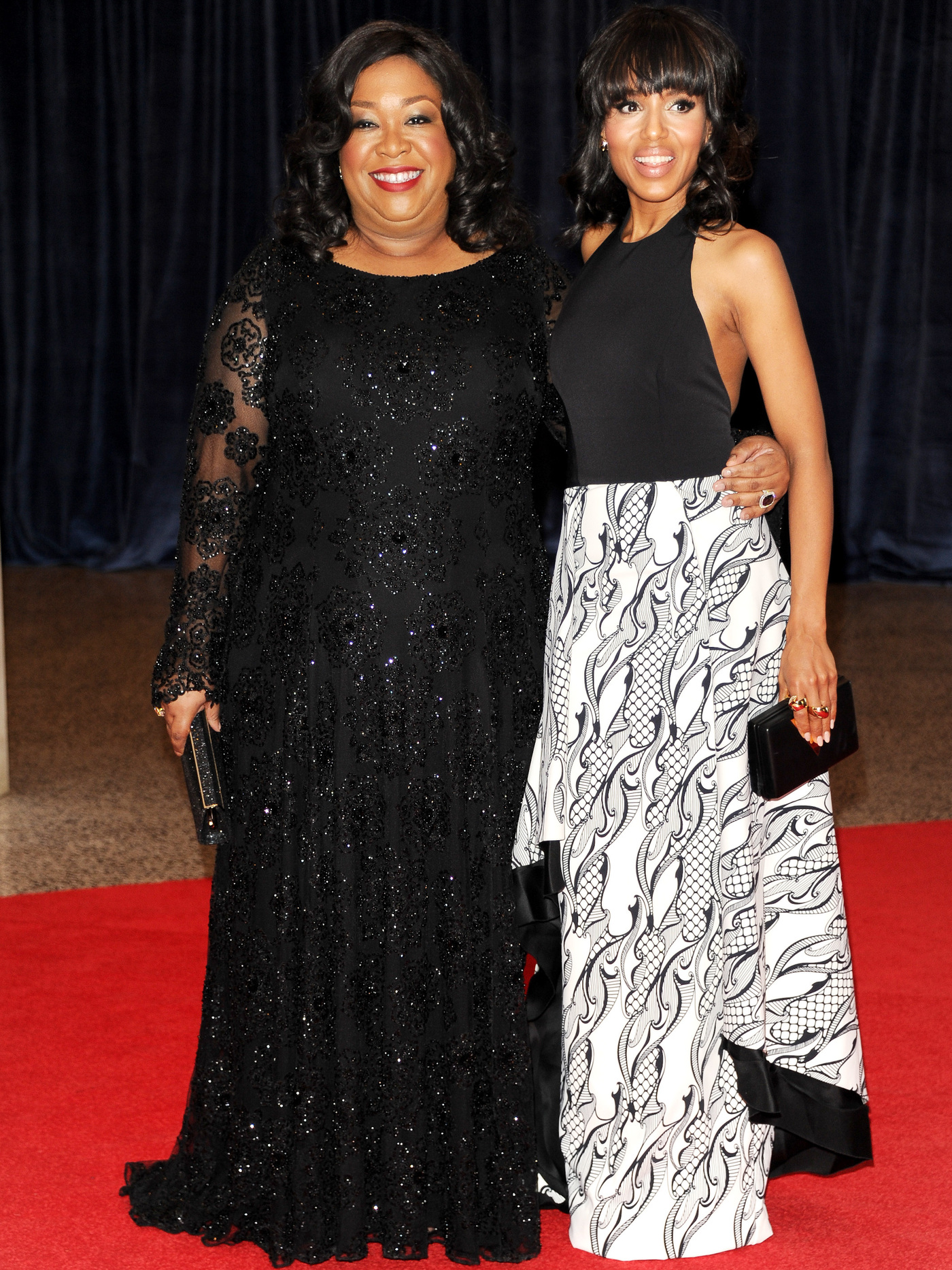 Screenwriter Shonda Rhimes, left, and actress Kerry Washington are hot in Hollywood due to the success of the TV show Scandal.

All of CBS's six new shows this season were created by white men. The same is true for Fox's and NBC's new shows, and for five out of seven of ABC's.

"I think it's easier now than it used to be, so hopefully those numbers will change going forward," he says.

The major TV networks are trying to change the numbers by setting aside money for a minority writing position on each show's staff. Those "diversity hires," however, start out at a disadvantage.

"There's a feeling amongst many like, are those people being viewed with the same kind of respect or are they being looked down upon as people who are being put in here that wouldn't otherwise make it?" he says.

Journalist and TV writer Beejoli Shah says the diversity staff writer tends to be seen lower on the totem pole. Shah, who is Indian, wrote a piece for the online journal Gawker about diversity hires.

"It's usually the last position that's hired for on a show. It's generally the lowest paying one. It's recognized as a job that someone earned simply because the network wanted to have diversity."

I don't wake up and 'go ethnic' every day. This is the color of my skin and my experience of the world. It seems so dismissive of the experience of anyone who lives in skin that isn't white.

Even so, Shah doesn't mind taking jobs in the diversity spot.

"Even if I was the best, young TV writer since kingdom come, a network would probably still pay for me out of their diversity slush fund rather the show's budget, just so that the show can put those dollars elsewhere," she says.

"On the flip side, it does make me very uncomfortable that there's some jobs that I've been put out for simply because I'm Indian, because I'm female," she adds.

Minorities have trouble breaking into the writers' room because established writers and producers tend to rely on people they already know — "Hollywood is a very, very who-you-know business," she says.

"The more diversity you try to have at every level, the better your room is gonna be," she says. "It's just a natural fact of having varied opinions."

Jason George, who played a recurring character on Shonda Rhimes's show Grey's Anatomy, says that for some actors of color, there has been real progress.

Conversation About 'SNL' And Diversity 'Just Getting Started'

George, who is also chairman of the SAG-AFTRA Diversity Advisory Committee, says that earlier actors like Sydney Poitier and Bill Cosby had to portray perfect people, because they represented all black men.

Now, he says, "you get to a point where Don Cheadle can do House of Lies where he's kind of a bastard — but it's a fun bastard ... We're allowed to be full human beings now on television, not just representing an entire community."

George thinks studios and networks will start putting more minorities in positions of power when they see that it can make them money.

"At the end of the day, television sees green," he says. "If you see the green, they will make it happen. But you got to show it to them."

Look, for example, at Shonda Rhimes.

"Scandal has a black lead who's having an interracial romance," George says, "and it's the hottest show in television right now."