Accessibility links
Former Pastor Decides To Spend A Year Without God Ryan Bell was asked to step down from his Seventh-day Adventist congregation in March, after questioning his faith. For his New Year's resolution, Bell has decided to "try on" atheism and put his role as a religious leader — and follower — on hold. 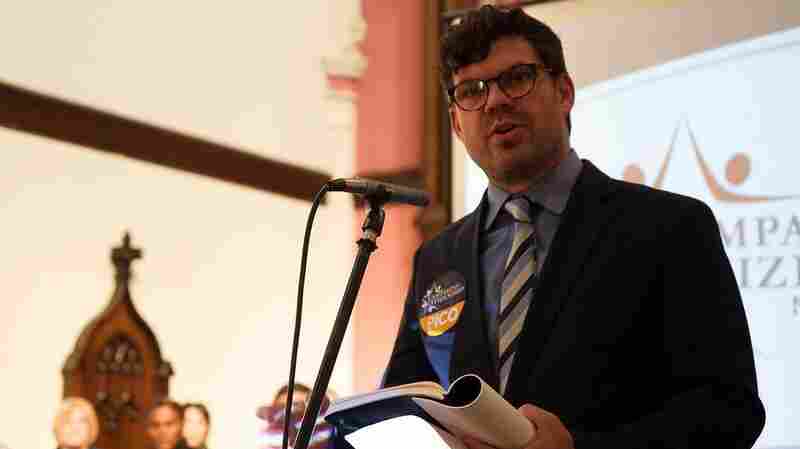 Minister Ryan Bell has decided to "try on" atheism for a year. The former Seventh-day Adventist pastor was asked to leave his congregation in March. Natalie Gee hide caption 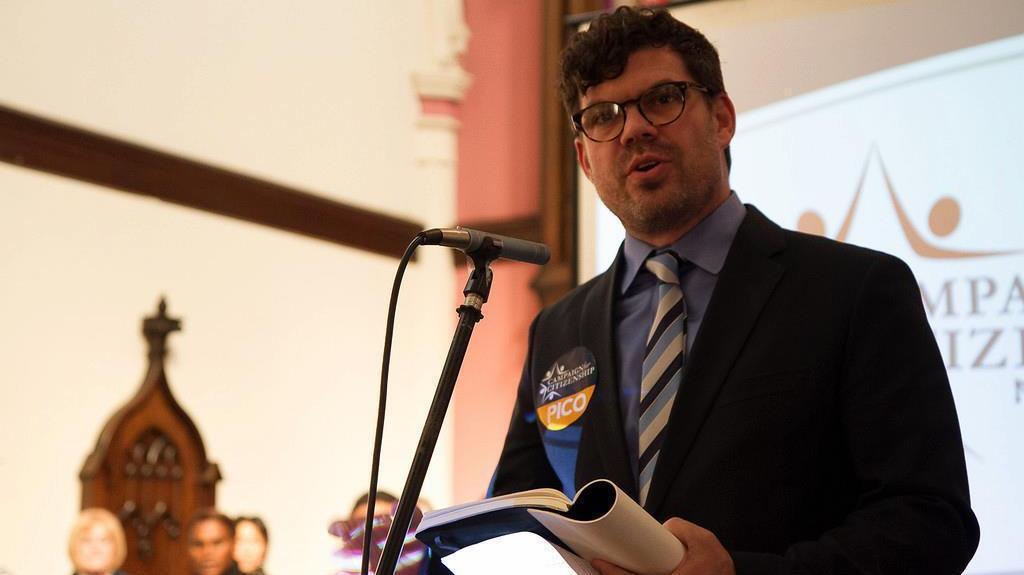 Minister Ryan Bell has decided to "try on" atheism for a year. The former Seventh-day Adventist pastor was asked to leave his congregation in March.

Former Seventh-day Adventist Pastor Ryan Bell made an unusual New Year's resolution: to live for one year without God.

He used to lead a congregation in Southern California, but in March, he was asked to step down after voicing some of the doubts that led to this decision to "try on" atheism.

Just a few days into the new year, after announcing his resolution, Bell was asked to leave the teaching positions he held at the Christian Azusa Pacific University and Fuller Theological Seminary.

Bell spoke with NPR's Arun Rath about his flirtation with atheism and how he arrived at the decision to put his work as a religious leader — and follower — on hold.

On the expectations of belief for church leaders

My entire adult life, I've been a leader in the Seventh-day Adventist Church. And I think the expectation of church leaders is that they would have fewer questions and more answers, and that the members or seekers or people that come to the church are the ones with the questions. And I can't remember a time that I wasn't wrestling with my faith. I think faith is one of those things that people wrestle with.

When things start to come unwound, sometimes they unwind all the way. And then, you know, perhaps you can wind it up a little bit again later — who knows? But I feel like I lost my church leadership position and then I really didn't have any compulsion to go to church internally, like I just didn't feel like participating in church. I tried a number of times.

And it woke me up to the kinds of things people had been saying to me all these years, like, "I love what you're doing at the church, but church just isn't for me." ...

So I just decided not to fight it. I just decided to say, "Well, let me just give church a rest." And as I did that, I just began to wonder about the very existence of God.

On how members of his congregation have responded

Others have said, "I have these same questions. I'm really glad that you're doing this, and I'll be following along. Maybe I'll figure some things out along the way, too."

I'm not saying to my former members, "Follow me out the door." Nothing like that. I don't want them to do that. I want them to be on their own journey authentically.

On the reaction of the atheist community

Some people are, in a way, gloating. They're like, "Congratulations on coming to the other side" ... But other people are skeptical. There are a lot of atheists who are really not sure what I'm doing. So they say, "You are either an atheist or you're not. You can't be 'a little atheist,' like you're 'a little bit pregnant.' "

In a way, what I hear them saying is, "You're not authentically atheist" ... And my internal reaction to some of that is to say, oh, I was a Christian leader for a long time. I heard that argument on the other side, as well: "You're not properly Christian. You're not a Christian in our way of being a Christian, so you don't really fit here." And my response to that is, I'm used to not fitting places. So that's fine with me.