Accessibility links
Ford's New F-150 May Pave The Way For More Aluminum Cars The reinvention of the Ford F-150 is the most anticipated car launch at Detroit's North American International Auto Show. The truck is lighter and expected to have a higher fuel economy — and experts say Ford's future may lie with the success of the vehicle. 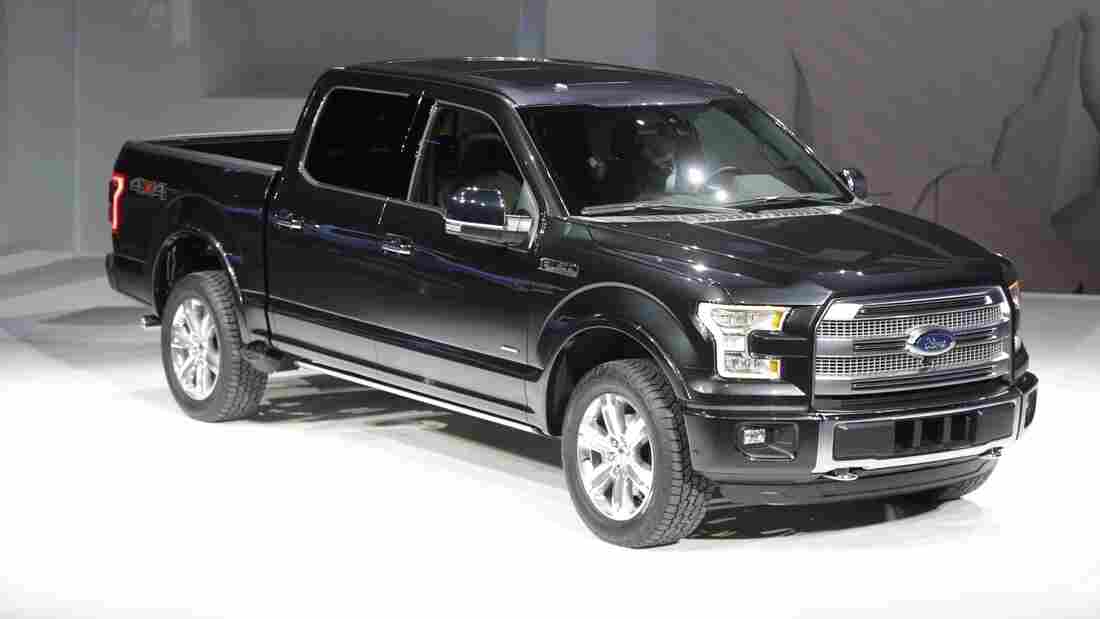 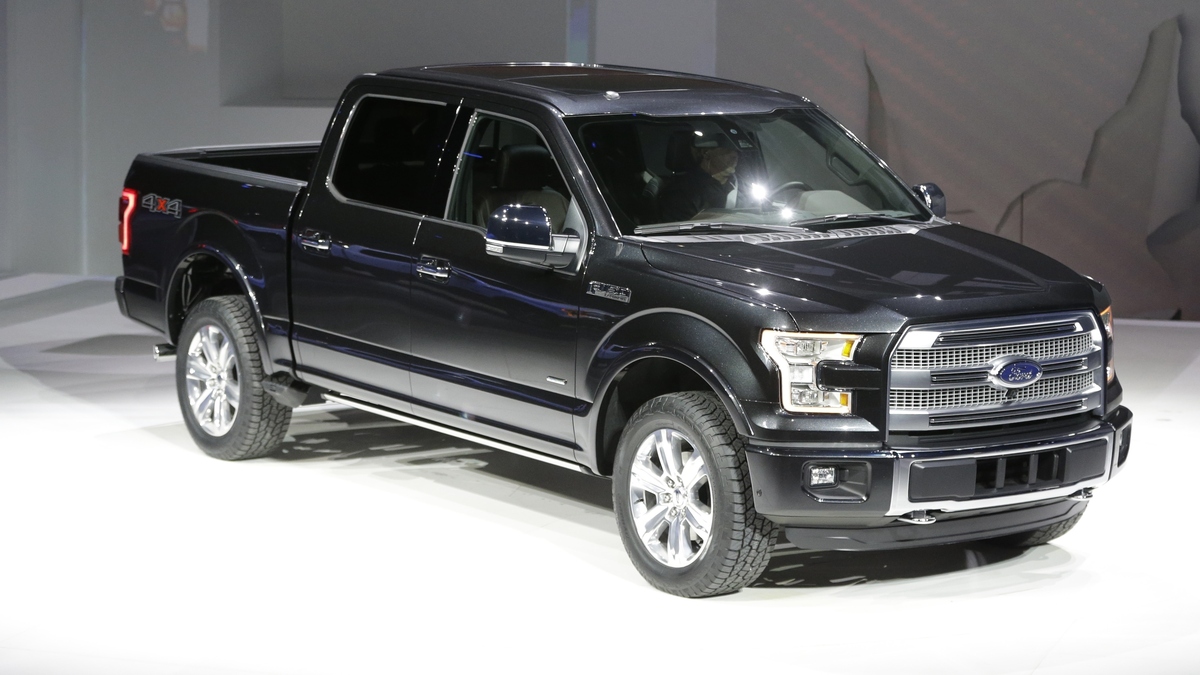 At Detroit's North American International Auto on Monday, Ford unveiled the new F-150 with a body built almost entirely out of aluminum.

The North American International Auto show begins this week in Detroit, a preview of the most important car technology on the horizon. One of the stars of the show this year is the Ford F-150, a truck that's been the best-selling vehicle in the U.S. for decades. And it's by far Ford's most important model.

On Monday, the company unveiled a radically new more fuel-efficient redesign of the F-150 — featuring a lighter-weight aluminum body.

At the Joe Louis Arena in downtown Detroit, a few thousand people are waiting for the unveiling of the F-150. The event holds in it the breathless anticipation of a heavyweight championship fight.

Jack Nerad, a vice president at Kelley Blue Book, says this has a big impact on Ford's future. "This is probably the biggest deal that they have. So they want to introduce it in a big way," he says.

A commercial for the truck starts playing in the arena, and then — "Ladies and gentlemen," an announcer says, "this is the new Ford F-150, the toughest, smartest, most capable F-150 ever."

The new truck doesn't look that unusual. What makes this F-150 different is its construction: Much of the body is made of aluminum, which weighs less than steel. That means the truck will be as much as 700 pounds lighter and much more fuel efficient.

"This is definitely a tremendous technical innovation in the automobile industry," says Alan Mulally, president and CEO of Ford, who was previously an executive at Boeing. "One of the things that gives me a lot of confidence, personally, is that the aluminum alloys that we're using are very similar to what we use in commercial airplanes, and they have proven their toughness and their durability."

Jake Fisher, head of auto testing at Consumer Reports, says aluminum is more expensive and harder to handle, but it has some real advantages. Apart from being lighter, it also weathers better.

Fisher says the new F-150, if successful, could pave the way for more vehicles having aluminum body parts.

"If they change the atmosphere out there so the body shops are ready to paint aluminum and work with aluminum, maybe your next Hyundai might be an aluminum body too," he says.

Each of the Detroit automakers has gotten better at making smaller cars, but they're still reliant on trucks. The average truck on the road is more than 10 years old.

So there's a lot of pent-up demand to replace them. Add that to a recovering housing sector, and you've got a potent mix for the future.

At Ford, the F-150 — just one truck — is responsible for about a quarter of Ford's sales and even more of its profits.

If Ford's gamble doesn't pay off, truck buyers still have plenty of options. At this auto show, the Chevy Silverado nabbed the title of truck of the year. Last year, that award went to Chrysler Group's Dodge Ram 1500.