Accessibility links
Why The GOP Is Winning The Statehouse War In an increasing number of states, one party controls both chambers of the legislature and the governor's office. While both parties have contributed to the trend, the Republicans have had a lot more success with it. Reporter Nicholas Confessore credits the foresight of GOP strategists. 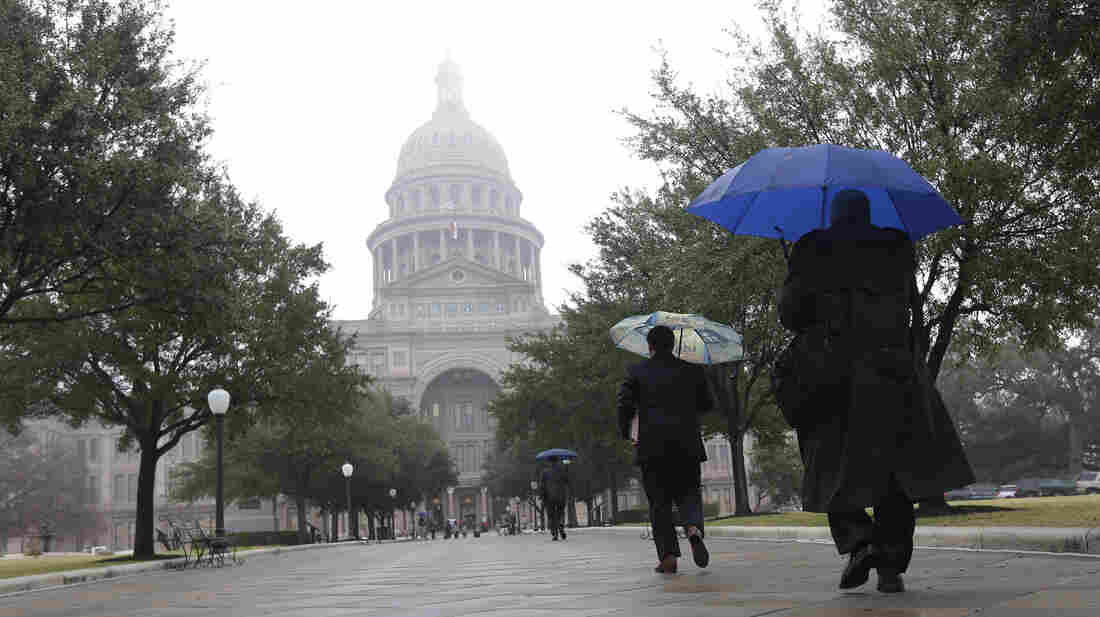 Texas is one of 23 states in which Republicans have control of both the state legislature and the governor's office. Eric Gay/AP hide caption 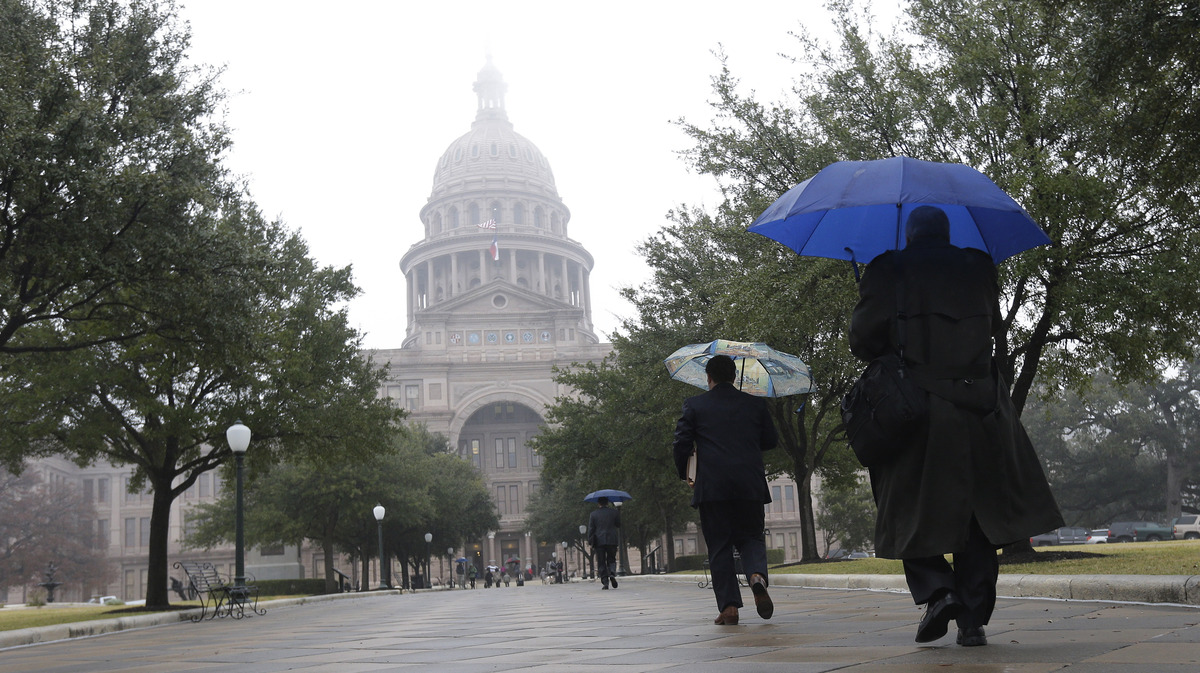 Texas is one of 23 states in which Republicans have control of both the state legislature and the governor's office.

While the federal government is divided and gridlocked, some states have become political monopolies where one party controls both the state legislature and the governor's office.

The New York Times' Nicholas Confessore says relaxed restrictions on political donations in the wake of the Supreme Court's Citizens United decision are helping special interest groups influence elections to create single-party states. In Confessore's latest article, he shows how campaign strategists have become increasingly creative in raising large contributions from all over the country and funneling that money to local races, often concealing the names of contributors.

Confessore has been reporting on money and politics for The New York Times for several years. Before covering campaign finance, he wrote about state politics and government and shared in a Pulitzer Prize for coverage of the downfall of New York Gov. Eliot Spitzer.

Confessore tells Fresh Air's Dave Davies about the origins of the one-party-rule trend and how both sides are making it work.

On state races presenting a better return on investment

Look to Washington and you'll see that there's not much happening there. It is ceaseless trench warfare where neither party has an advantage and there's lots of money and lots of special interests trying to dig in.

What's different at the state level is that cash can go further if you're a donor or a special interest. You can put some money into the states and see huge return in the partisan tilt of the government and, therefore, in the policies it pursues. So the return on investment is really quite good. There's more of a chance to have a one-party situation in the state capitols, where both houses — the Assembly and the state Senate — and the governor's office are all controlled by the same party. Once you have that, it's amazing what a Democratic Party or a GOP in a state can accomplish on policy.

On Republicans' success at winning one-party control of statehouses

As of 2012, there are 36 states that are under sole-party control, and there are a lot more states under Republican control than under control of the Democrats. And the reason for that is just the extraordinary success and strategic planning of conservative donors and Republican strategists in 2010.

They saw what was coming. They saw the voter backlash against President Obama, against government spending; they raised tons of money and rode that wave, and they vastly expanded the sphere of Republican control, if you will, in state government.

On the group that engineered the one-party-rule strategy

[The Republican State Leadership Committee] focus[es] simply on state lawmakers and attorneys general and judges. That was their niche. It's kind of under the radar because, in Washington, there's not that much attention paid to state governments at that level. And what happened in the last couple of years was this group had been around for a while and they approached a very senior Republican, Ed Gillespie, and they said, "Look, with you on board and you as our rainmaker and chairman, we can really raise our game for 2010 and beyond."

So what they did was they raised a huge amount of money — $30 million in 2010, which is a lot for state politics. What they can do is, if you are a state party chairman in Iowa or Alabama or Louisiana, you are not necessarily going to have access to the best pollsters [or] the biggest donors around the country in what we call "the money centers" — in Texas and Florida and Southern California and New York. So what a group like this does is — it has access to those people, it has a national perspective, it has better polling and research than some of the state parties and state leaders — and what it can do is provide all of that as kind of a central funnel of money and expertise [and] then [make] it available to the state operations, state by state. It's very effective.

So Minnesota is a state where ... there's a $500 limit on contributions to candidates, and it is kind of limiting because you can't just hand them a check for $20,000 or half a million, for that matter, and it's hard to get money to them.

So in 2012, a group called the Gill Action Fund, which focuses on gay rights, decided ... [it] needed to get involved. There was an amendment on the ballot that year that would outlaw gay marriage and there was a Republican majority in both houses of [the] Legislature. [The Gill Action Fund believed it] could do two things. First, they believed they could work in partnership with some other gay-rights groups to beat back the amendment; but second, if they could flip [the] Legislature over to the Democrats, they could stop it from happening again and perhaps pass approval of gay marriage and counterattack.

What they are is essentially a network of a few hundred gay-rights donors around the country and they work on a model where they do a couple of different things. First they'll raise large checks and put them into superPACs and parties where necessary, but they will also raise lots and lots of money for candidates by directing their donors to a website called OutGiving. And they will say, "Here are the candidates who we are backing. Here are the people who we are trying to defeat who are enemies of gay rights." And each of those donors can pick from a menu, basically, and send checks to as many of those candidates as they would like.

Here's the effect of that: Instead of a group raising a lot of money from a bunch of people and then cutting one large check to a candidate, which it can't do in Minnesota, they cut out the middle man. They have 200 donors; each give a smaller, median-sized check to half a dozen candidates. It's a money bomb. So all of a sudden, you had a couple of candidates who were getting thousands of dollars from these donors they had never met in Los Angeles and New York and the Hudson Valley of New York [and] in San Francisco. These were all gay donors and the money was coming to them without ever being asked for.