Accessibility links
Book Review: 'Trieste,' By Dasa Drndic Croatian author Dasa Drndic's new novel Trieste is an experimental mix of historical record and personal quest. It's the story of an Italian woman trying to find the lost child she bore to a Nazi officer. Reviewer Alan Cheuse says it's an intensely moving book, but one that must be put down occasionally in order to recover.

Never Again: 'Trieste' Is A Harrowing Mix Of Memory And Memorial

Never Again: 'Trieste' Is A Harrowing Mix Of Memory And Memorial 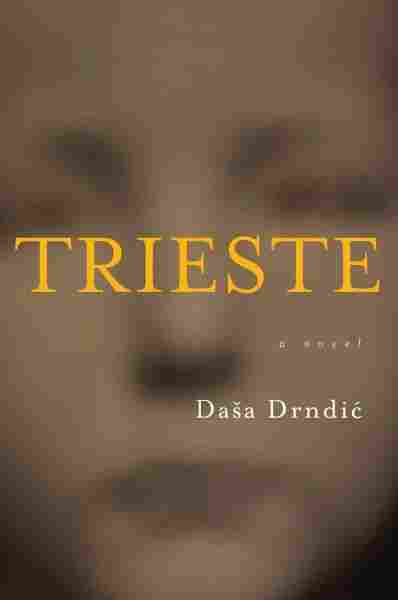 From Croatia comes a novel titled Trieste, by Dasa Drndic, originally published in Croatian in 2007 and now translated into English by Ellen Elias-Bursac. We might call the novel experimental because of some of the techniques the writer employs. But the story — a mother in search of a child, torn from her in the midst of monstrous warfare — feels ancient.

The experimental element? Trieste is a book 368 pages long, 45 of which are nothing but a list of names – around 9,000 names. Abeasis Clemente, Abeasis Ester, Abeasis Giorgio" alphabetically all the way to "Zwirbawsky Enoc Hersh, Zylber Szaya, Zynger Jerachmil." Those 9,000 names belong to Italian Jews, either murdered or deported by the Nazis, most of them to the death camps. 9,000 names! Certainly, this must be what Stephen Dedalus meant when he exclaimed in Ulysses that "History is a nightmare from which I am trying to awake."

The main character in Trieste is also an Italian Jew (though from a Catholicized family); Haya Tedeschi, from the town of Gorizia in the environs of Trieste. And from Haya's particular story, that quest to find her lost child, we can infer a larger truth, a concept that recurs over and over and over again in the novel, that behind every one of those names on that list of Italian Jews lives a story of its own. So this deeply upsetting novel, a palimpsest of personal quest and the historical atrocities of war — with its forty plus pages of names coming in the middle of the narrative, like a giant memorial wall — has an undeniably raw and mythical aspect to it as well

We meet Haya after the war, a woman grown old as she sifts and records and analyses documents related to the Nazi occupation of her home town. She's on a quest to discover the identity and whereabouts of the child born to her and a German officer named Kurt Franz during the occupation — a story singularly her own, and yet representative of the other 9,000 stories about the upheavals and massacres of the Jews of the Trieste region.

Haya meets Franz in a local shop early on during the Nazi takeover, flirts, falls in love and has a child by him. Later in life, as she reads her way through all of the documents spread out at her feet, she follows his rise to power as one of the most vicious torturers and murderers among the Nazi camp commandants. One of the few Tedeschis in that long list to survive the effects of Nazi rule, she works with all the evidence she can get her hands on — photographs, war trial testimony, poetry, and newsreel style scenes of rape, incarceration, torture, murder and assassination.

Trieste evolves as a novel in the documentary style of the German writer W.G. Sebald, but also as a memorial of names, and as a novel about one woman's attempt to find order in her life. And as a book of events that have made the last century infamous for the ages, a book that, if it moves you as it moved me, you will have to set down now and then, to breathe, to blink and blink and say to yourself and whatever gods you might believe in, please, oh, please please please, never again.

Read an excerpt of Trieste