Accessibility links
Detroit Touts Clean, Efficient Diesels, But America Isn't Sold Hybrids and battery-powered cars are all the rage, but some car companies are investing in an older technology: diesel. The newest vehicles are cleaner and more powerful, and some drivers report getting up to 50 mpg. So what's keeping U.S. customers from switching pumps? 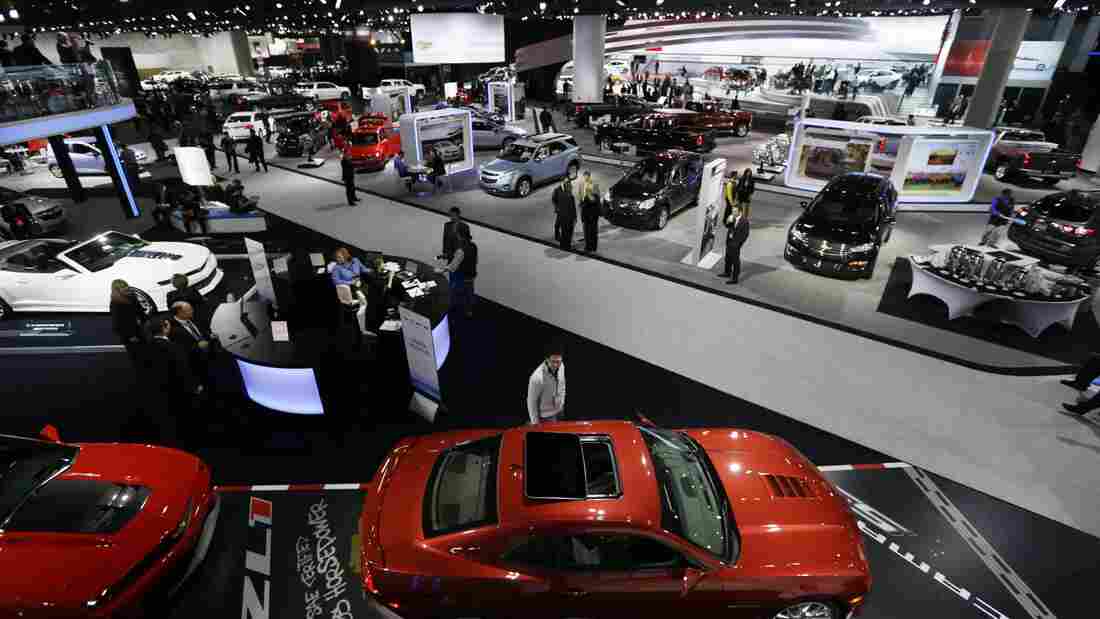 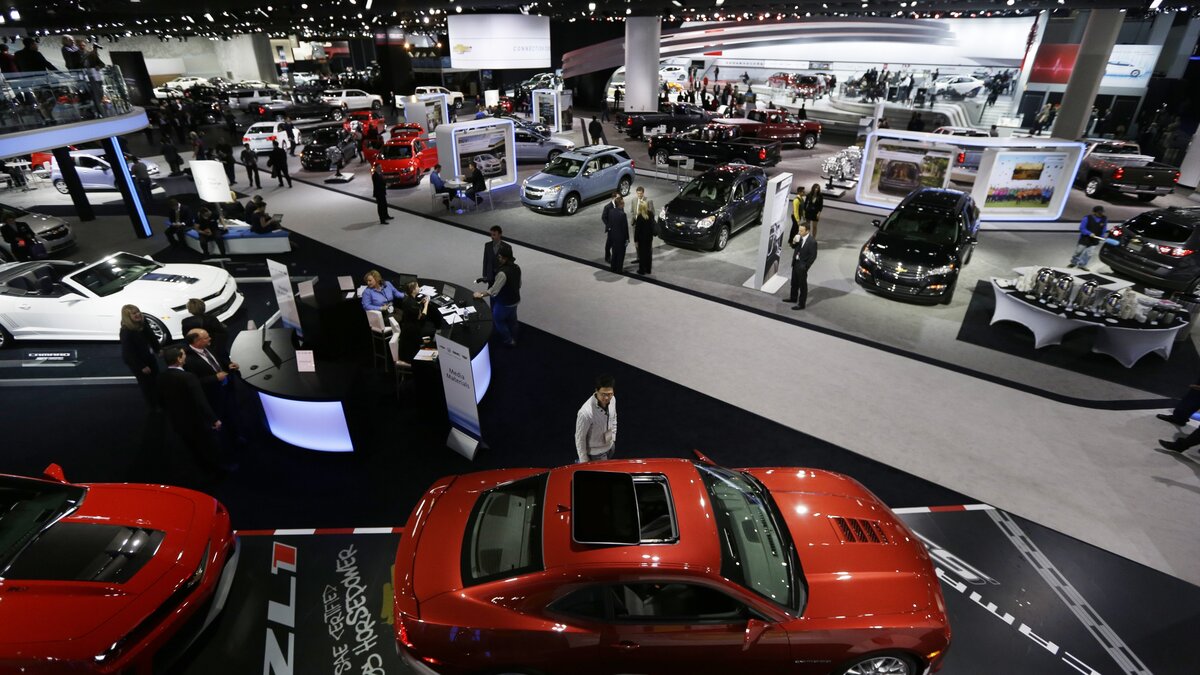 Automakers like GM, Chrysler and Volkswagen are introducing new, cleaner diesel passenger cars to the U.S. market as fuel-efficient alternatives.

At the North American International Auto Show in Detroit this week, it's not all hybrids and battery-powered cars. Some car companies are making significant investments in a fuel that's not new at all — diesel.

The newest diesel engines are far cleaner than their predecessors, and they get many more miles per gallon. The question is, what's holding customers back from switching gas pumps?

"As you can see around the auto show, it's a major driver," says Scott Yackley, an assistant chief engineer at General Motors.

Yackley should know: For the past seven years or so, he's been living and breathing fuel economy. He's one of the engineers who designed an engine for GM's all new midsize trucks, and it's a diesel.

GM is not the only carmaker launching diesel trucks. Chrysler announced it's putting diesel into its Ram truck. And while the American car companies are rolling out diesel engines, Volkswagen is expanding its portfolio in the U.S. with second- and third-generation diesel.

"Diesel is our technology for fuel efficiency," says Oliver Schmidt, the head of engineering and environment with Volkswagen Group of America. Schmidt says diesel still has a bad reputation from a terrible try 30 years ago. He says people ask whether diesel autos are loud or smelly.

And Schmidt says Volkswagen is selling a lot of diesels in the middle of the country, where drivers are doing a lot of highway miles, since diesel engines get much better mileage on the highway.

"Small, diesel engines for passenger vehicles are agile [and] they meet emissions regulations, but the fear is that people just won't buy them," says Margaret Wooldridge, a professor of engineering at the University of Michigan.

There is some worry about refueling a diesel, as well. Diesel is not nearly as ubiquitous as gas; there are about a quarter as many stations that have diesel pumps, and they tend to be grouped on highways and interstates.

In real-world driving, diesel owners report getting as much as 50 mpg. But a diesel doesn't come with a green leaf or emblems saying "hybrid," so drivers don't get the street cred they might get with a Prius.

"I think primarily that's cultural," Wooldridge says, "and that's the U.S. bias against diesels. So all those automakers sell diesel engines, diesel passenger cars in Europe, for example, at very high production volumes."

Wooldridge says American car companies will have to convince consumers to get over that bias in order to get to the new fuel efficiency standards, because they can't leave out any technology, even an old one like diesel.