Accessibility links
Elizabeth Gilbert: An Adventurer Travels Back In Time The "uber chick lit" author of Eat, Pray, Love may surprise you. She's cross dressed, befriended a moss expert and inhabited New York's filthiest watering hole — all in the pursuit of great stories. 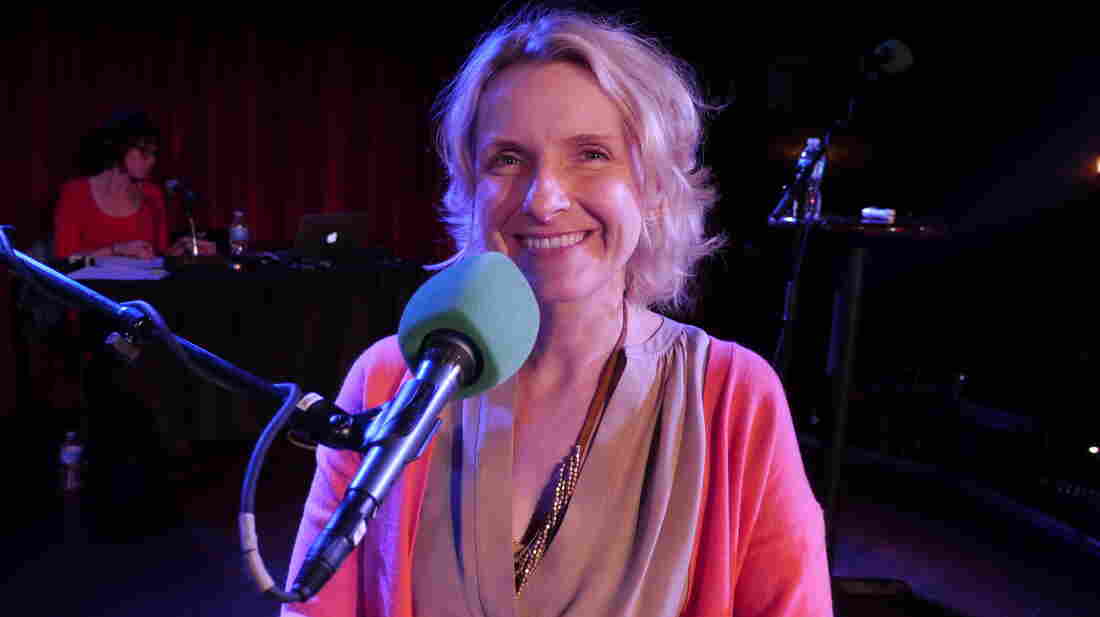 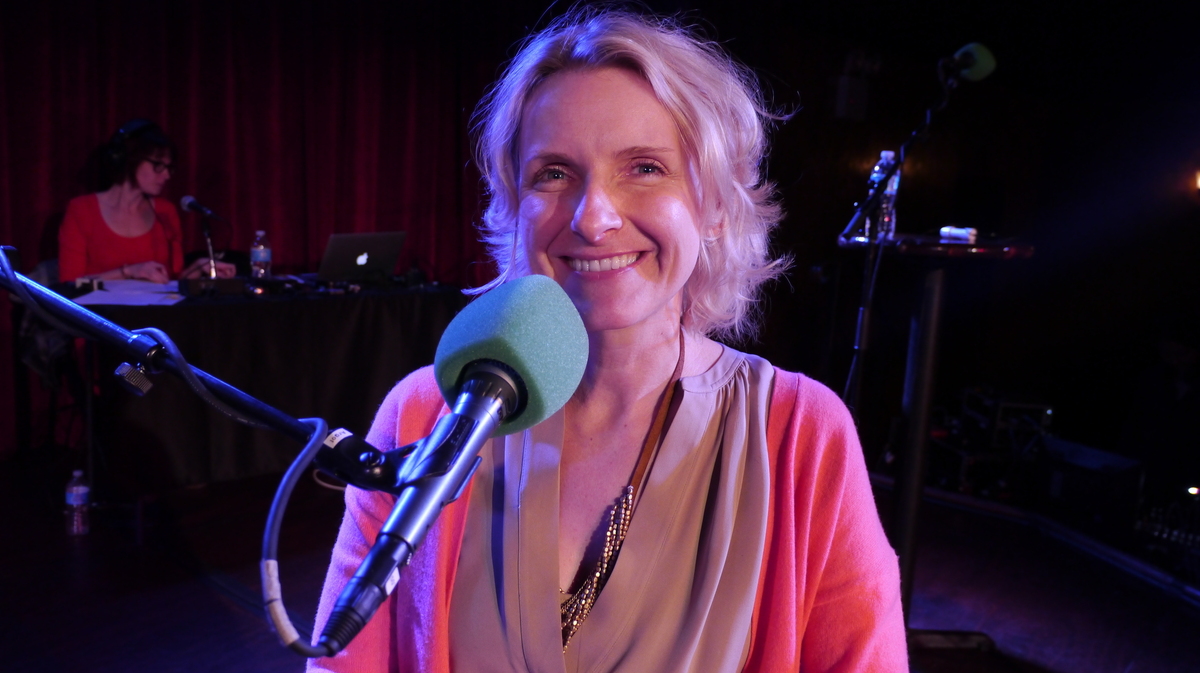 Elizabeth Gilbert, on stage at The Bell House in Brooklyn, N.Y.

"I wrote for and about men," says author Elizabeth Gilbert, of her early career as a journalist for GQ, Esquire and Spin. "Which is why it's so ironic that now I am the uber chick lit author."

By far, Gilbert's best known work is Eat, Pray, Love, her 2006 memoir that chronicled her divorce and subsequent travels, and inspired a film adaptation starring Julia Roberts. But Gilbert started out writing short stories and articles, including one on her bartending days at Coyote Ugly (that also inspired a film), and once went as far as to crossdress as a man for a week. Her willingness to throw herself into adventure was evident in her writing far before she bought a plane ticket to India.

Her most recent pursuit is The Signature of All Things, her second novel, and a birth-to-death tale of Alma, a 19th-century intellectual and botanist. Gilbert says it was important to her to use language that evoked that time period. "I got it from reading a lot of 19th-century letters, because that's where you can hear people's speaking voices," she told Ask Me Another host Ophira Eisenberg. Gilbert spent three years researching Victorian-era botany, evolution, missionaries and erotica. 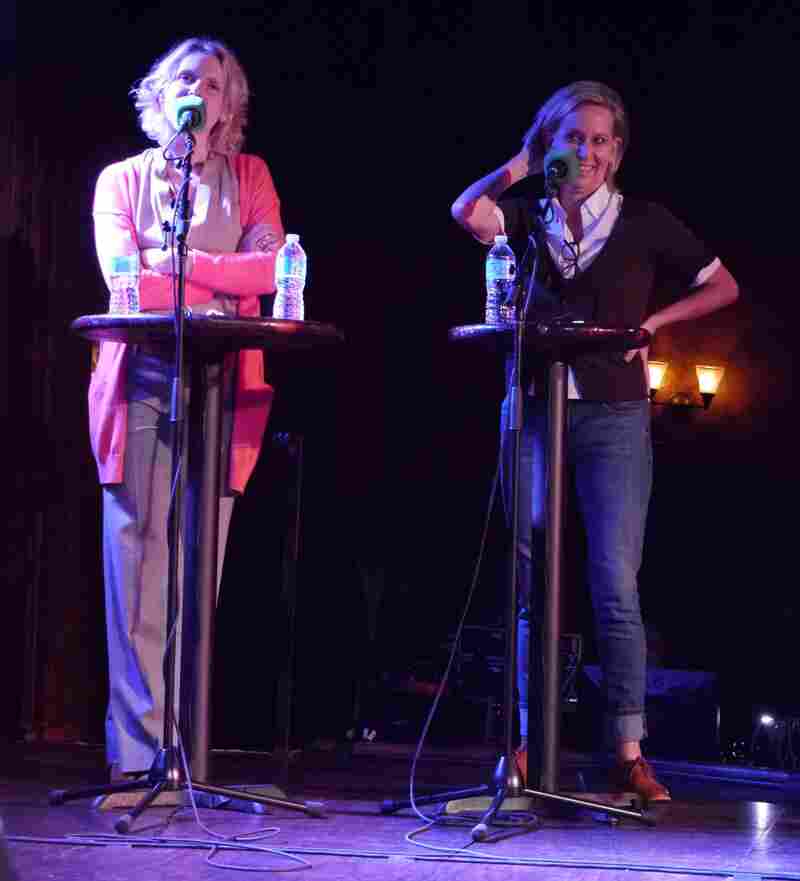 Very Important Puzzler Elizabeth Gilbert and chef Gabrielle Hamilton rack their brains in a round of "This, That or the Other." Josh Rogosin/NPR hide caption 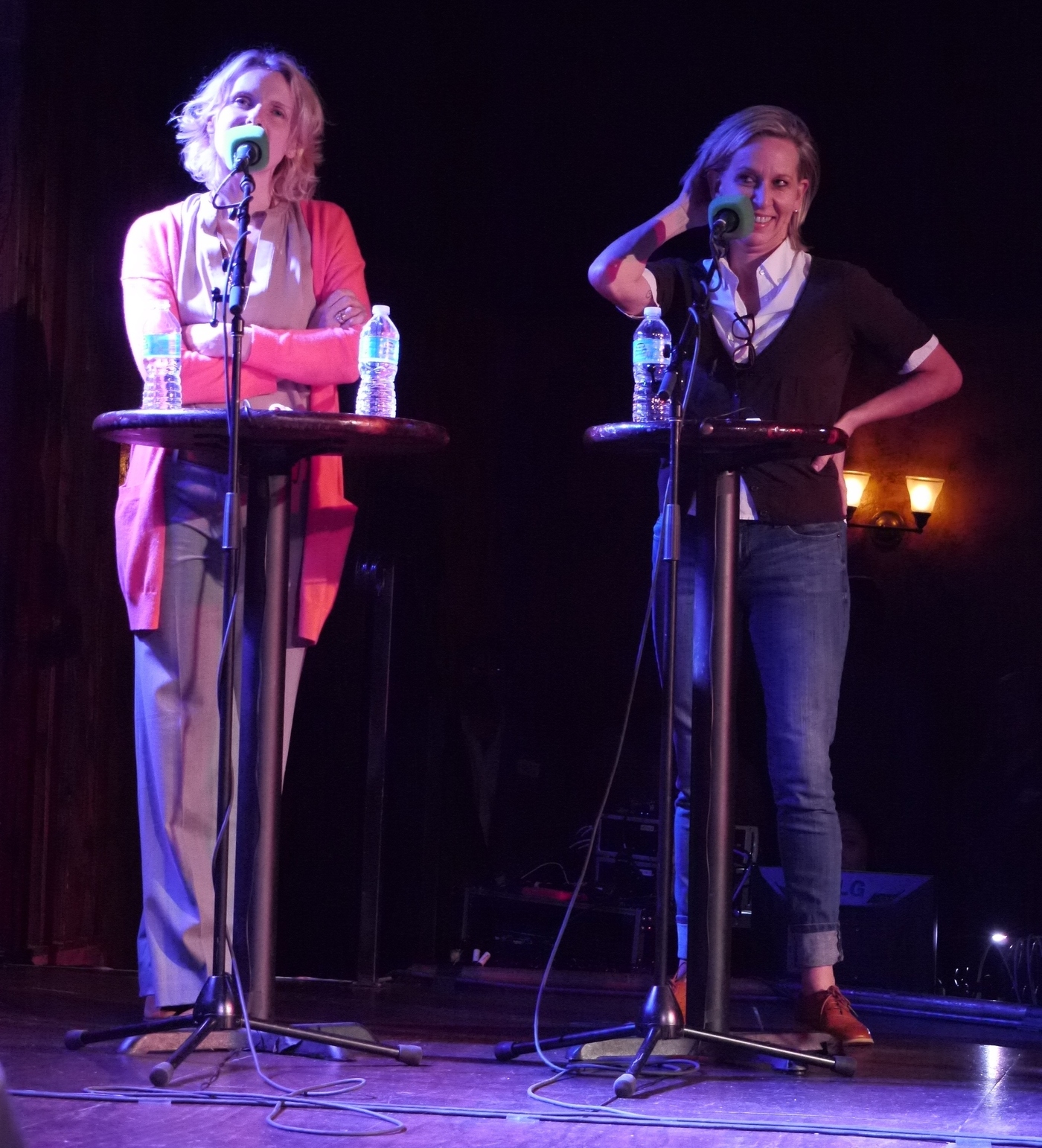 Very Important Puzzler Elizabeth Gilbert and chef Gabrielle Hamilton rack their brains in a round of "This, That or the Other."

Gilbert's worthy Ask Me Another challenger was Gabrielle Hamilton, chef of Prune Restaurant in New York City and author of Blood, Bones & Butter. The pair played a "This, That or the Other" round in which the categories were: eat (a food that you eat), pray (a deity you would pray to) and love (a famous person or fictional character who is a lover). Better you learn the difference between Hathor and Hákarl now, or you may be praying to a piece of fermented shark meat.

On the first film adapted from her work, Coyote Ugly

I worked at the original Coyote Ugly bar when I was a young, unpublished writer. Then later when I became a writer, I wrote an article about it for GQ. Disney read this article about this filthy, disgusting pit in the East Village [of New York City], where we used to set the bar on fire to get customers away from us, and said, "That's a great movie for kids!" They made the fantastic Coyote Ugly movie, now legendary.

On crossdressing, for another GQ story

I spent a week living as a man. Which was actually, I'm sorry to say, embarrassingly easy for me to do. They brought in a drag king as a consultant, and it took her about 10 minutes to make me into a very plausible dude. A little tiny goatee, and short hair: and there's Luke. I also got a condom full of birdseed to wear in my pants. You just want to feel real. I just tried to do the guy-est stuff I could think of. I tried to join the Air Force in Times Square. The recruiter said, "You want to punch holes in the sky, Luke?" And I was like, "Yeah!" I went to Shea Stadium and used the men's room. Terrifying. There was this little kid looking at me through the crack [in the stall]. and I was like, "If you tell anyone what you've seen..."

On bearing responsibility when women use Eat, Pray, Love as a self-help manual

First of all, I thank them. I'm very glad they're all using it as an instruction manual, in one regard. But I also do try to make clear to them, this doesn't mean that everybody has to get divorced and move to India. But if you want to, you go ahead and do it. The thing that I do try to convey is, don't do what I did — but ask what I asked.

On researching 19th-century erotica for The Signature of All Things