Accessibility links
Will Team USA's High-Tech Speedskating Suit Pay Off In Gold? On Thursday, Lockheed Martin and the sporting goods company Under Armour unveiled long-awaited photos of the new U.S. speedskating uniform they're calling "Mach 39." Unlike other suits, it's not made entirely of smooth, slippery fabric to reduce air drag. 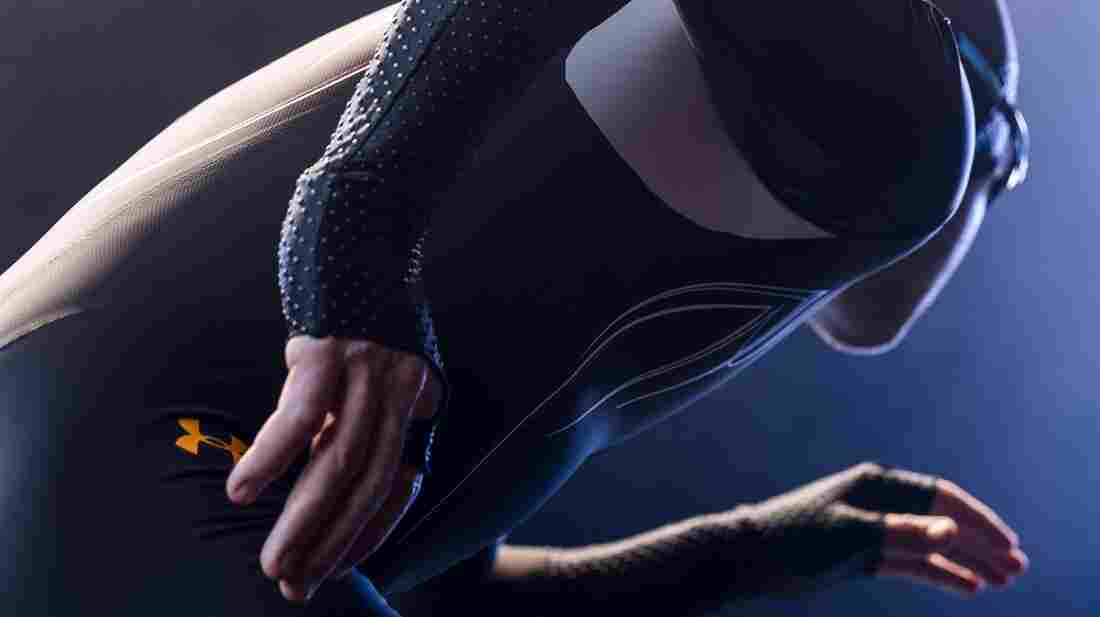 "Mach 39" is the result of a partnership between Under Armour and Lockheed Martin to create the most aerodynamic speedskating suit for the U.S. Olympic team. Under Armour hide caption 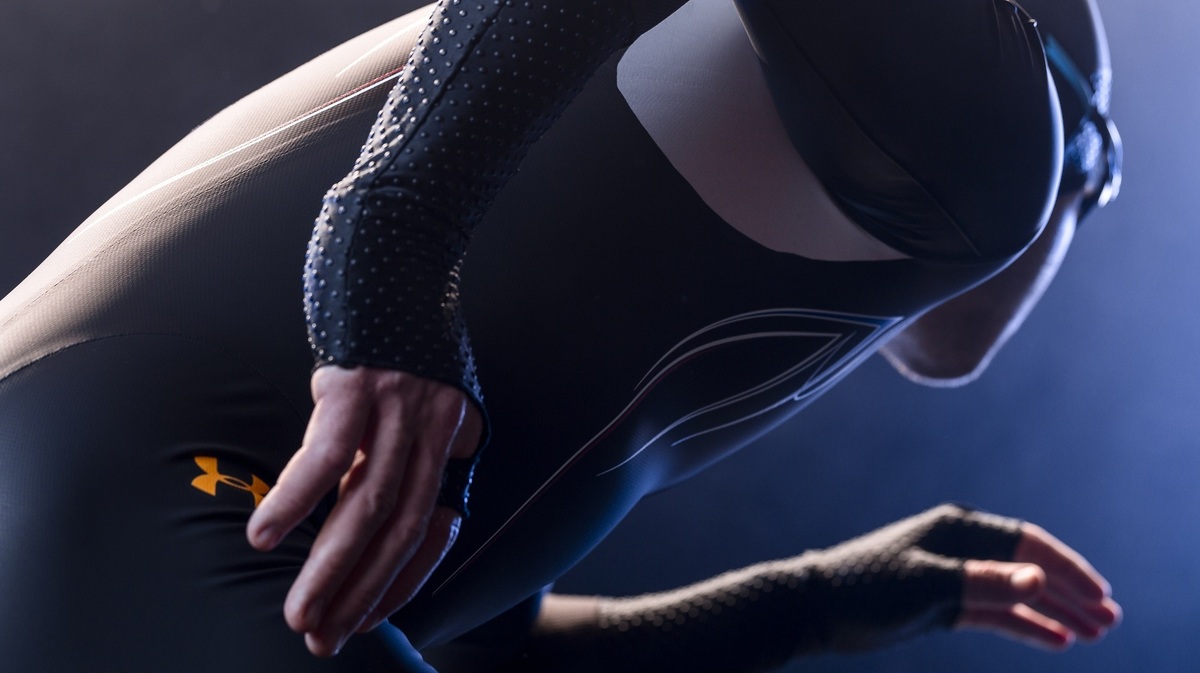 "Mach 39" is the result of a partnership between Under Armour and Lockheed Martin to create the most aerodynamic speedskating suit for the U.S. Olympic team. 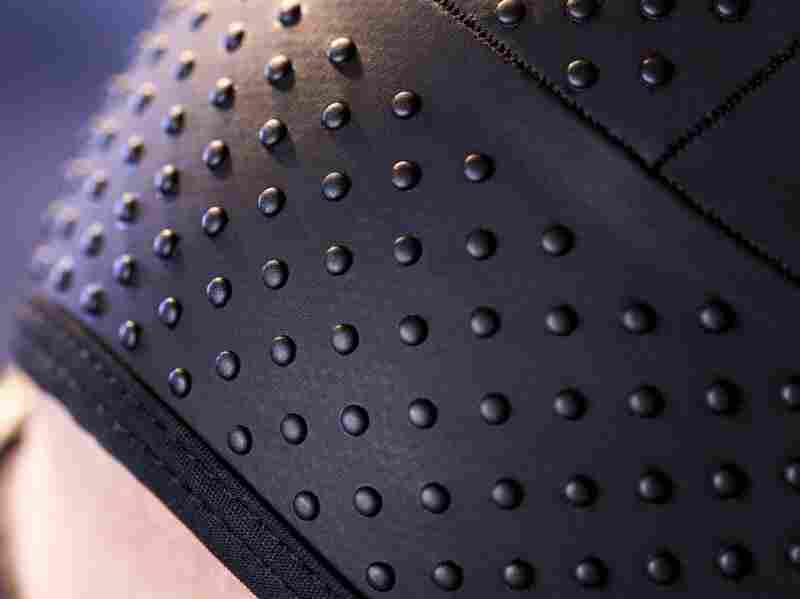 A close-up of bumps on the new speedskating uniform. Under Armour hide caption 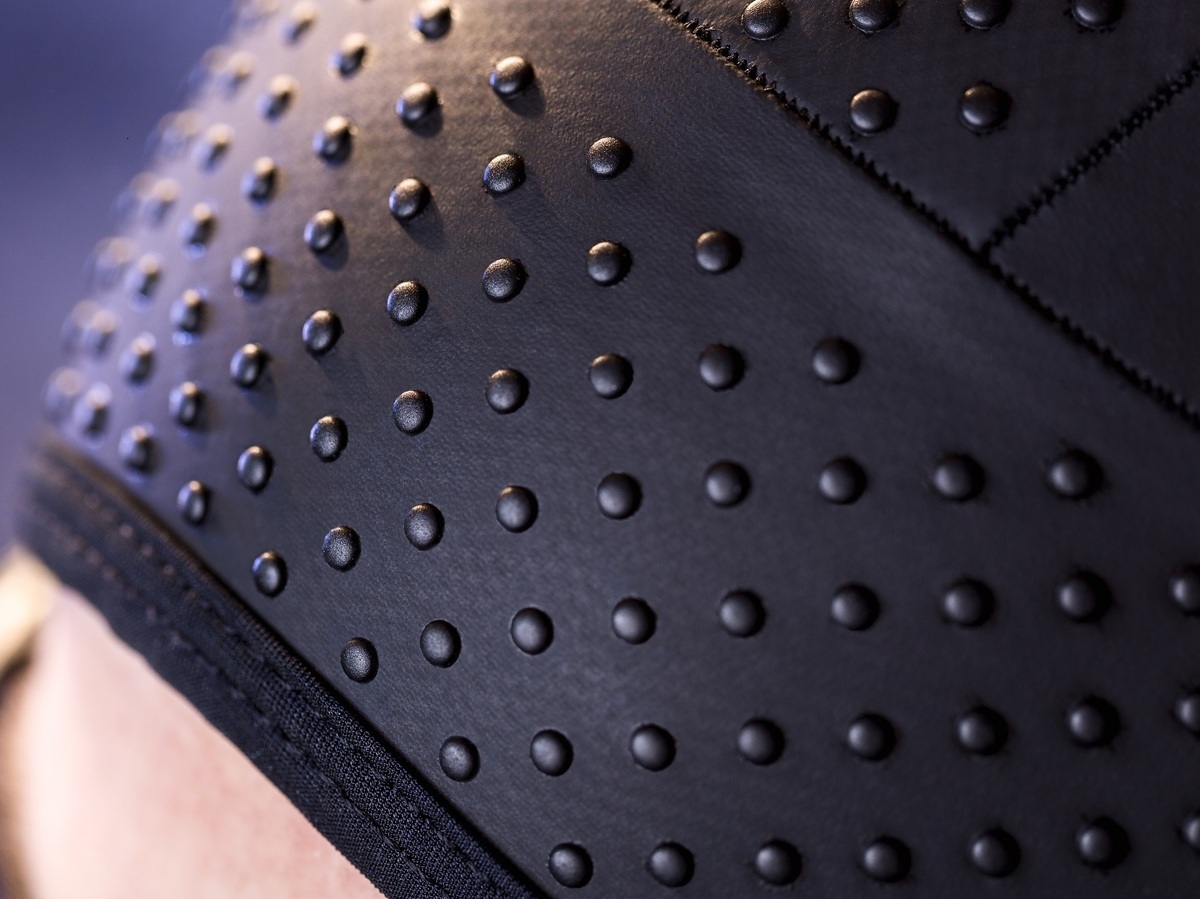 A close-up of bumps on the new speedskating uniform.

A years-in-the-making, top-secret engineering and design project for a superaerodynamic suit to be worn by U.S. speedskaters at next month's Winter Olympics was finally unveiled Thursday.

Defense contractor Lockheed Martin and sporting goods company Under Armour released photos of the suit they're calling "Mach 39." It has been kept so tightly under wraps that the sport's governing body wouldn't even allow it to be worn at the Olympic trials in Salt Lake City.

What's so revolutionary about the uniform? It's a dark, clingy, full-body skin suit with a hood, same as any other speedskating suit. But unlike other suits, it's not made entirely of smooth, slippery fabric to reduce air drag.

Kevin Haley, vice president for innovation at Under Armour, says wind tunnel tests showed it was faster to disrupt the air the way a golf ball is designed. "We're putting little bumps or dimples onto the suit to disrupt the air in just the right places." 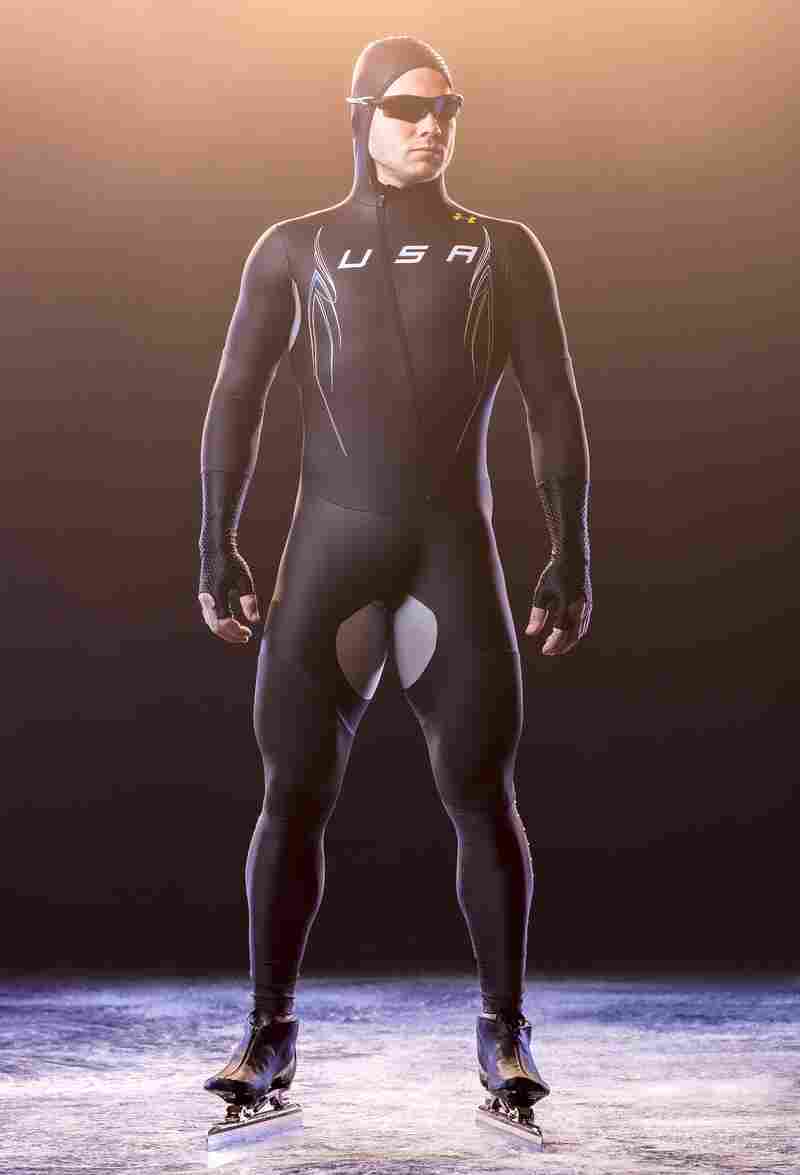 The new U.S. speedskating team uniforms feature several different kinds of fabric, including open mesh panel in the back to let out heat and an anti-friction material at the thighs. Under Armour hide caption

And there's another key change: Ever notice the first thing most speedskaters do when they finish a race? Pull off the hood and unzip the suit. Sometimes they even leave it slightly unzipped during a race. Turns out it's not to show off their bodies.

Haley says it's because that zipper sticks racers right in the throat.

The zipper on the new suit runs diagonally across the chest. The suit also has an open mesh panel in the back to let out heat — along with now-common anti-friction fabric in the thighs.

The Chicago Tribune's infographic of the new uniforms notes that the Mach 39 suits are black instead of blue, the color traditionally worn by Team USA.

The suit will undoubtedly be compared with Speedo's full-body LZR swimsuit, which was introduced in 2008. Swimming's governing body banned the high-tech suit after scores of athletes who wore it shattered records, leading to accusations of "technological doping."

The team that designed the speedskating suit says it pored over the rules to avoid similar controversy.

"If we're allowed to go 5 millimeters above the surface of the fabric with a given technology and no further, then we went 4, just to be safe," Haley says.

"When a race is decided by hundredths of a second, sometimes a thousandth now, and you might look back and maybe you wouldn't know that's the difference — but there's a good chance that that would be the difference," Jansen says.

It remains to be seen whether the Mach 39 will provide an edge in Sochi — but if it does, only U.S. skaters will have it.