Accessibility links
In Appalachia, Poverty Is In The Eye Of The Beholder NPR's Pam Fessler was told that Eastern Kentuckians would be reluctant to talk because they were tired of being depicted as the poster children of the War on Poverty. Instead, she got an earful. 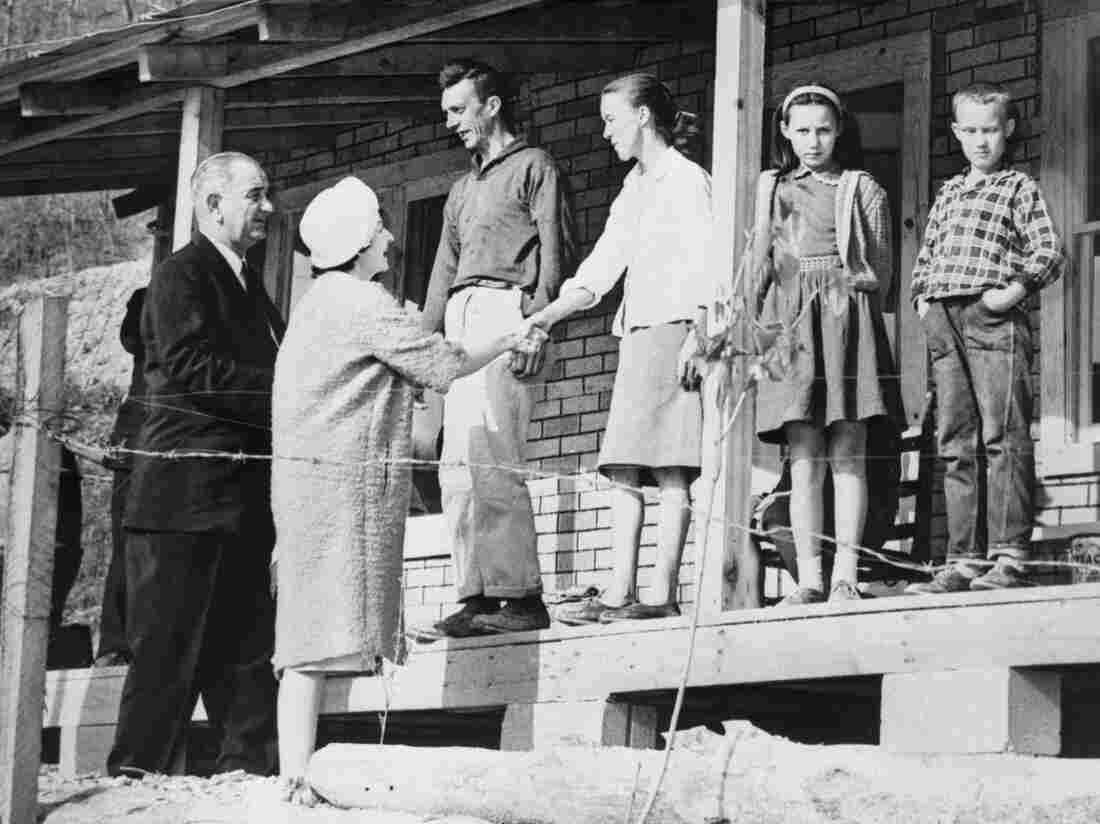 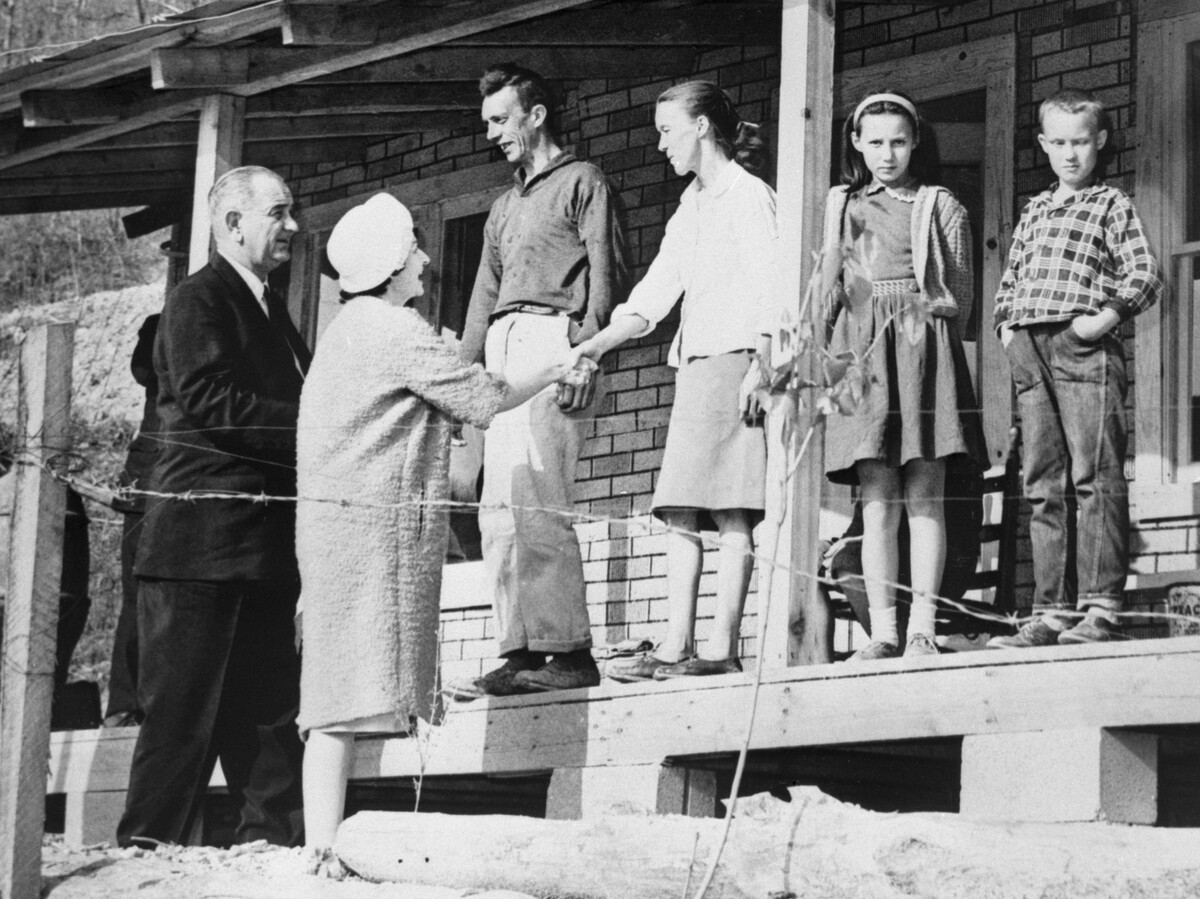 President Lyndon B. Johnson went to eastern Kentucky in 1964 to promote his War on Poverty. But when he did, he opened a wound that remains raw today. People in the region say they're tired of always being depicted as poor, so when NPR's Pam Fessler went to Appalachia to report on how the War on Poverty is going, she was warned that people would be reluctant to talk. Instead, she got an earful.

Lee Mueller has lived in Martin County, Ky., for much of his life, and he covered President Johnson's visit there as a young reporter. He says every few years since, more reporters have arrived.

"We became kind of the poster child for the war on poverty, and any time somebody wanted to do a story about poor people, we were the first stop," Mueller says.

Now here I was, another in a long line of unwelcome journalists. Michelle Harless, a high school guidance counselor, had one request when I interviewed her.

"I just ask when you portray us, please don't portray us as ignorant hill folk, I guess," Harless said. "Because we are educated. We're poor, but we're educated, and everyone's pretty proud. It's not a desolate place where no hope can be found."

And indeed the county has lots going for it: well-paved roads, cheerful schools, beautiful mountains — albeit some have been strip-mined. And yes, there are trailers surrounded by trash, but also tidy suburban homes.

Even so, more than a third of the residents here are poor.

But poverty is also in the eye of the beholder. For some, it's just the way life is, like for Normie Slone, who's 79 years old. She spends her days caring for her two severely disabled adult children: Sissy, 58, who lies on a recliner in the family's cramped living room, chewing on a rubber toy; and Bobby, 55, who sits in a wheelchair nearby.

She says he can't get up and do anything on his own. Like lots of poor people, Slone has strung together her own safety net, with some help from the government, but also from charities, family and friends. She says at least life is better than it used to be.

Many people here say they're rich in things that aren't included in any official measure of poverty. Things like family and faith. So they're understandably a bit bitter about how they're often seen from the outside.

Owen Wright of the Christian Appalachian Project, one of the non-profits that helps Slone, says that outside perception can hurt the self-esteem of the people who live in Appalachia.

"We're probably one of the last few groups that it's still politically correct to make fun of," Wright says. "It's still OK to tell, you know, hillbilly, redneck jokes."

"Once that's been drilled into them for so long, it's easy for them to start believing that themselves," he says.

It only holds them back. Mueller says it wasn't always like that, especially before President Johnson came, with the national media in tow.

"We knew the region was poor, but there wasn't a stigma to it — to us," he says. In part, he says, that's because there weren't any rich people around to show them otherwise. People didn't think of themselves as poor.

"And we were surprised when we went someplace and found out that other people thought we were," Mueller adds.

But that was a long time ago. Today, the stigma is very real and for some people, almost as bad as the poverty itself.