Accessibility links
You Must Read This: 'The Big Clock,' By Kenneth Fearing If you liked the movie No Way Out, writer and editor Adam Sternbergh has one message for you: The book was so much better. Kenneth Fearing's 1946 noir novel The Big Clock, which inspired the Kevin Costner thriller, is just as tightly plotted and suspenseful — but it's also a moving meditation on mortality and time. 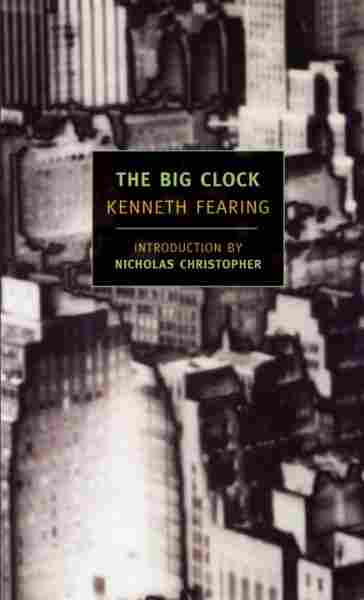 Even if you've never read Kenneth Fearing's noir novel The Big Clock, it's likely you already know its basic story and its biggest twist: the book was (very) loosely adapted as the popular (and pretty excellent) 1987 thriller No Way Out, starring Kevin Costner, Gene Hackman and Sean Young.

Unlike No Way Out, Fearing's novel, published in 1946 — and also made into a well-known noir movie of the same name in 1948 — wasn't about the military, or Washington, D.C., or backseat sex in a limo. What No Way Out does borrow from the book, however, is the exquisitely calibrated mechanism of Fearing's ingenious plot: the gears that run inside the big clock, as it were.

But if you've seen No Way Out, you should still seek out and read The Big Clock. The movie was very good. But Fearing's novel is something much more: a cunning clockwork mystery that's also an ingenious meditation on fate.

It's better than the film, in part, because it's a straight shot of distilled noir: The setting is New York, not Washington, in the 1940s, not the 1980s. So instead of white dress uniforms, the Pentagon and Sean Young's pouffed-out hair, you get the more comforting staples of noir fiction: Fedoras, mean streets and snappy dialogue.

The book is also better, at least to me because it's set in the New York publishing world, a demimonde that, at least to me, is far more romantic than the Pentagon. The book's opening sentence sets the scene, the tone and the attitude, all at once: "I first met Pauline Delos at one of those substantial parties Earl Janoth liked to give every two or three months, attended by members of the staff, his personal friends, private moguls, and public nobodies, all in haphazard rotation." Even if you work in the somewhat romantically diminished publishing world of today, you'll recognize this scenario, either from your actual experience or your wistful dreams of what the New York publishing world would be like. 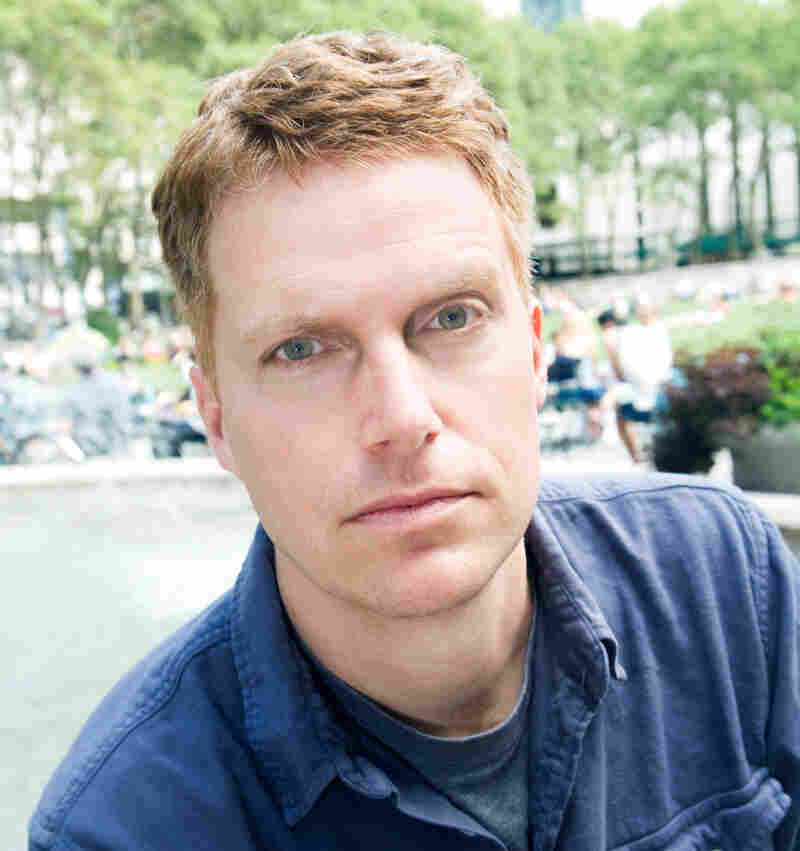 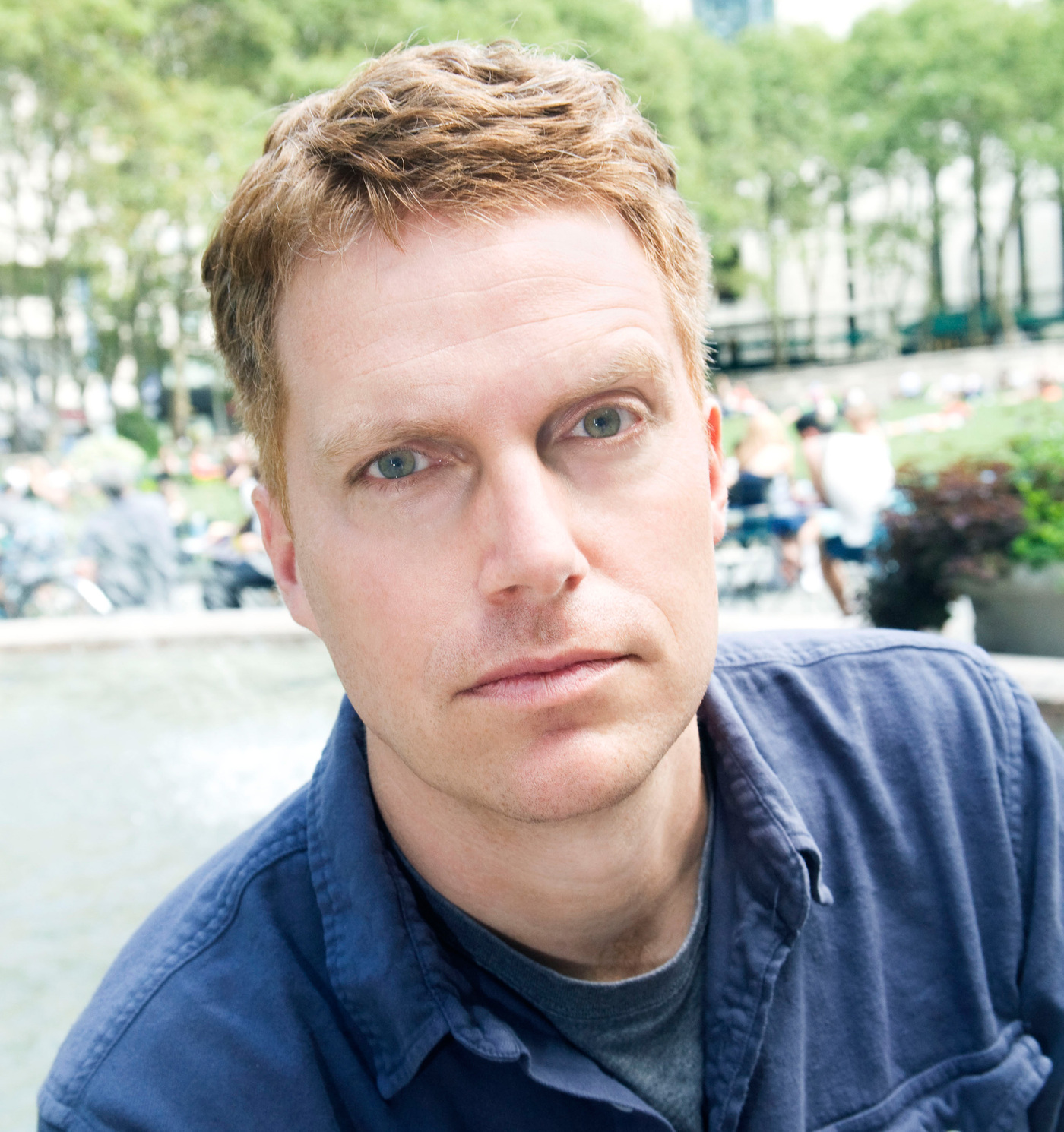 Adam Sternbergh is the culture editor of The New York Times Magazine.

[Speaking of recognizing scenarios: I won't spoil the ending, but if you haven't read the book or seen either movie and want to be totally surprised, you might want to stop reading right here.]

That first narrator (the book has several) is the main character, George Stroud, the editor of Crimeways magazine, part of the empire of Janoth Publishing. It's modeled after Time Incorporated, where Fearing himself once worked — and an institution, at that time, that was almost as august and powerful as the Pentagon. Like Costner's Navy lieutenant character in No Way Out, Stroud begins an affair with his boss's girlfriend — and he, too, eventually witnesses her murder at his boss's hand. Stroud's boss then puts him in charge of the investigation; an investigation which a) Stroud already knows the solution to and b) thanks to circumstantial evidence, is leading back to him.

Noir Through Space And Time

The novel becomes a kind of dual race against time. One race is Stroud trying to track down evidence to convict the real killer, and the other is Stroud trying to stave off his own implication as the murderer. This, in part, is the "big clock" of the title — what Nicholas Christopher, in his introduction to the 2006 New York Review Books reissue, describes as "the nocturnal hall of mirrors in which Stroud is hunter and hunted, suspect and witness, a man who is seeking to expose one part of the truth while suppressing another."

But Fearing, an accomplished poet, laces another theme deftly through the novel. The big clock is also the one that winds down the wasted hours of the working man. It's the big clock we're all trying, and failing, to outrace: the timekeeper of our own mortality. (If that sounds trite, blame me, not Fearing; it's all much more affecting when delivered by characters in fedoras.)

In the end, Fearing manages that rare and enviable feat: a page-turner that's expertly plotted and coiled tight as a watch-spring, yet whose narrative gears also serve as an affecting existential metaphor. Fearing's novel fell out of print until it was rediscovered by NYRB Classics and reissued as what it is: That rare noir masterwork that somehow both keeps you in suspense and unmoors you with its underlying fatalism. For despite Stroud's increasingly desperate efforts to prove his innocence, the big clock grinds relentlessly on. "This gigantic watch that fixes order and establishes the pattern for chaos itself," Fearing writes: "it has never changed, it will never change, or be changed."

Adam Sternbergh is the author of Shovel Ready.

Read an excerpt of The Big Clock