Accessibility links
Before 'Jersey Shore' Owned Sleaze, There Was Bobby Bottleservice Nick Kroll's sketch comedy TV series, Kroll Show, kicked off its second season this month. One of his signature characters is a seedy, wannabe ladies man named Bobby Bottleservice. Kroll says playing a variety of characters keeps him from being pigeon-holed by his role as Ruxin on the FX show The League. 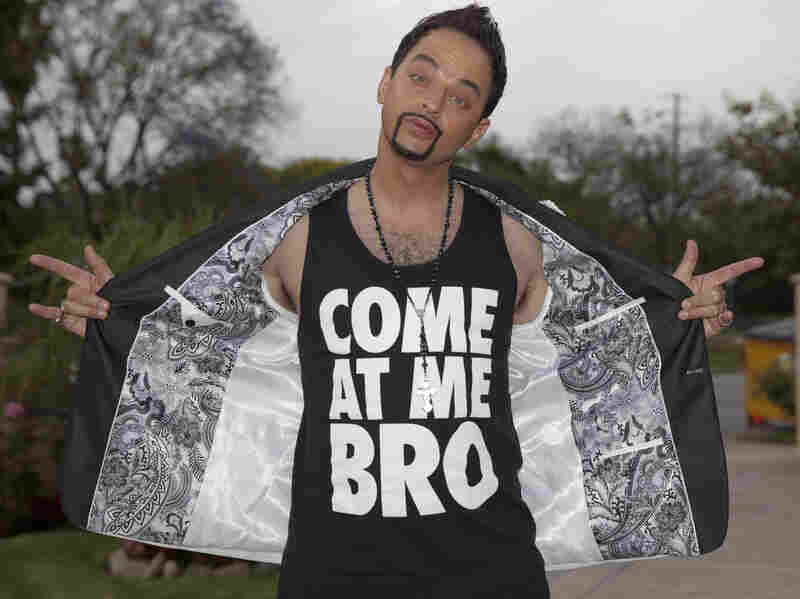 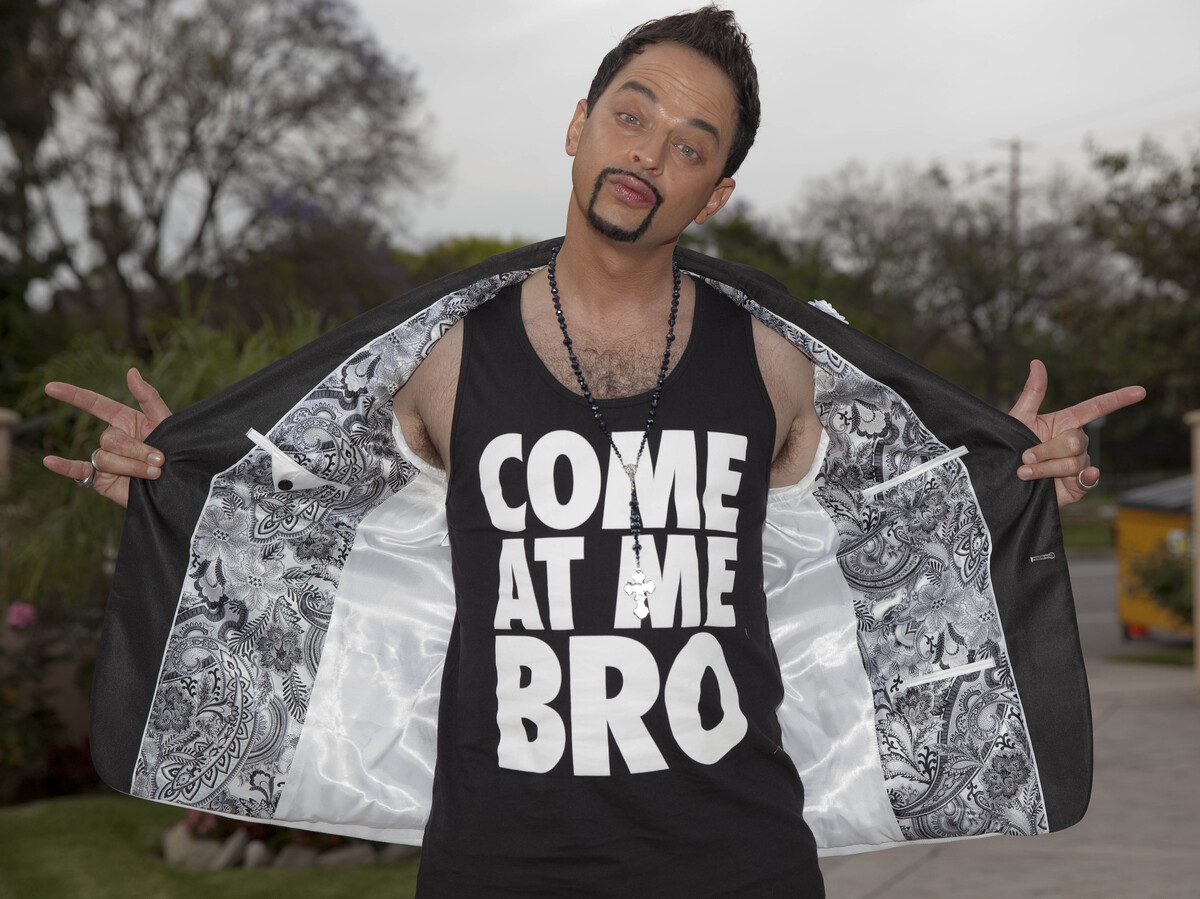 Mikey tries to fit in on his first day at a new school in this spoof of the Canadian teen TV drama Degrassi.

Kroll Show, a sketch comedy series from the mind of Nick Kroll, came back this month for a second season on Comedy Central.

Kroll is an expert in over-confident idiot characters — not far off from some of the people you see on reality TV.

He's also known for his role as Ruxin on the FX show The League. Kroll thought the character was going to be "one of the most unlikeable guys ever to be on television," but the character is also funny. Kroll tells NPR's Arun Rath that he's also always wanted his own show, and that helps keep him from being pigeon-holed.

"Being able to play a bunch of different characters has given me a break from just playing this one kind of guy. And I'm very lucky that I get to do that," he says.

On portraying a variety of characters

It's incredibly gratifying to be able to play a wide spectrum of characters, but ones that you can always come back to and learn more about. Like your friends — you have some friends who you hate, and then you're like, "Oh, but they have a terrible mother." ... And I feel that same way about all my characters. You know, you try to find the humanity even in the most mean-spirited people.

On the Wheels Ontario segment, a parody of teen TV drama Degrassi

The idea is that I'm new at a school and everyone at the school's in a wheelchair except for me. ... Part of that is based on the fact that Drake — the recording artist, Drake — got his start as a kid in a wheelchair on Degrassi. It's hard to explain. It's like the drama on Degrassi and translated into Wheels Ontario is ... super high stakes, but the acting and performances — like Canada — are pretty bland. ... Pregnancy, drug abuse, attempted murder, statutory rape, all these things that are hugely important are played with very low-end emotion.

Soon after I came up with him, Jersey Shore premiered, and it was a very similar kind of guy at that time, a lot of Ed Hardy clothing. And for those of you who don't know what Ed Hardy clothing looks like, it looks like someone splattered rhinestone diarrhea all over a sweatshirt.