Accessibility links
Clear, Sharp And Properly Exposed: How A Photo Made A Career Photographer Bill O'Leary's big break came the night Washington, D.C.'s mayor was arrested during an FBI sting. O'Leary, an intern for The Washington Post, was in the right place at the right time.

As part of a new series called "My Big Break," All Things Considered is collecting stories of triumph, big and small. These are the moments when everything seems to click, and people leap forward into their careers. 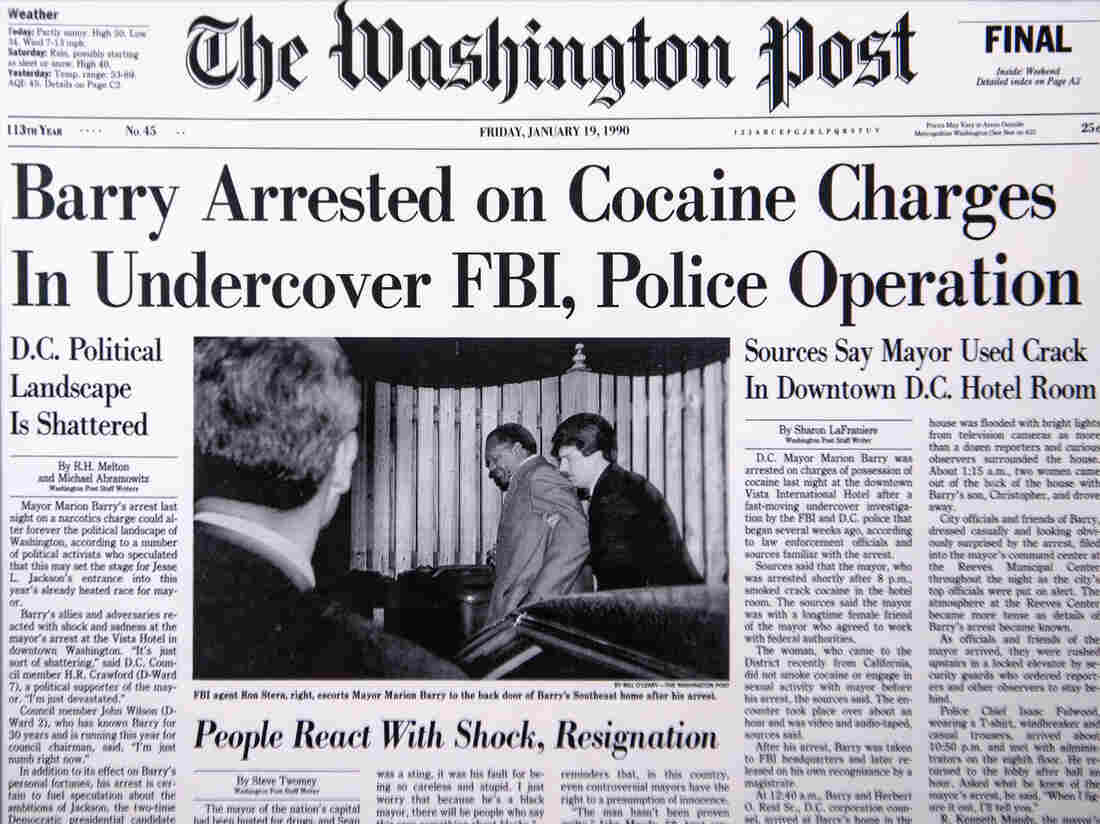 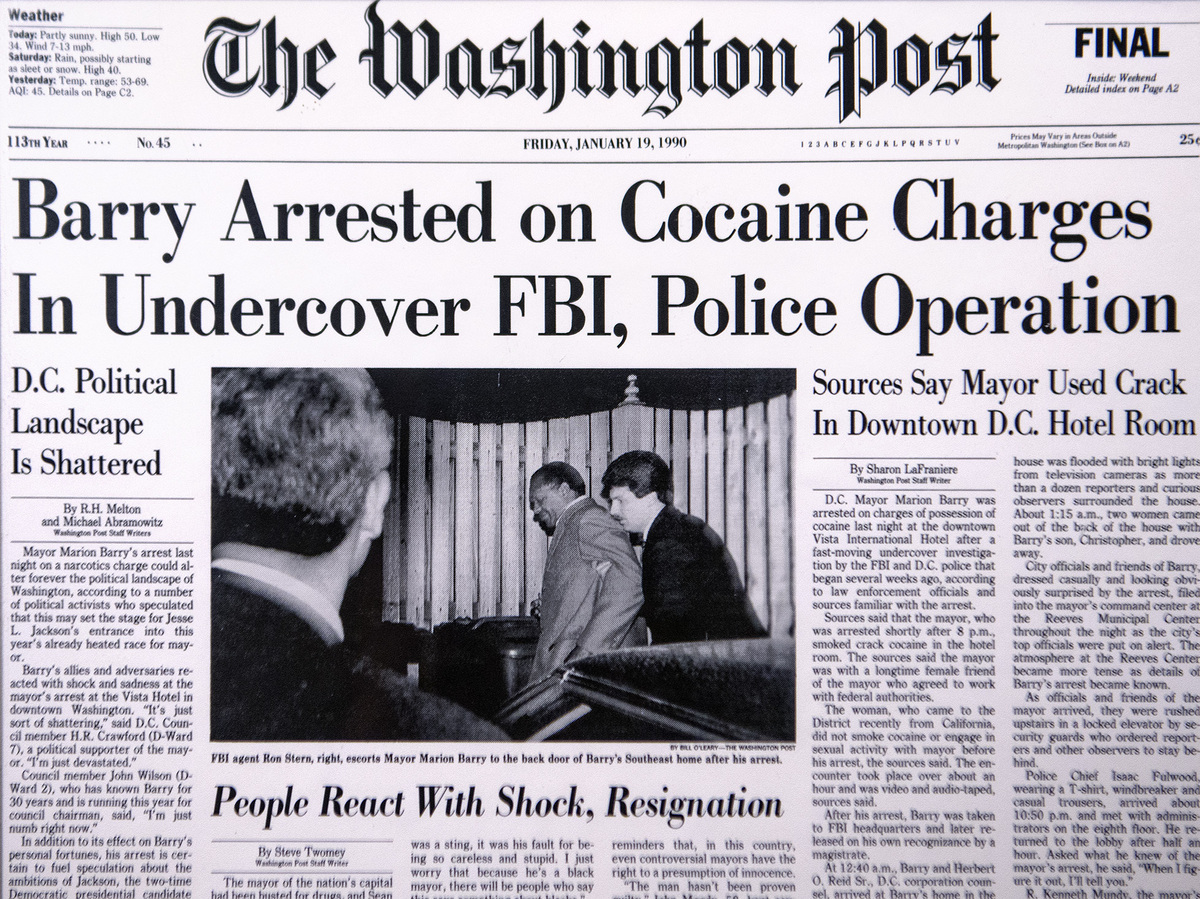 Bill O'Leary's photo of Marion Barry getting escorted by an FBI agent made the front page of the Jan. 19, 1990, issue of The Washington Post.

On Jan. 18, 1990, Washington, D.C., Mayor Marion Barry was arrested for possession and use of crack cocaine in a hotel room during an FBI sting.

Meanwhile, at The Washington Post, intern Bill O'Leary was waiting for his first real assignment.

"I had been administrative staff at the Post. It's pretty much clerical, background work. And I was anxious to get out on the street with a camera," he tells NPR's Arun Rath. "An editor comes running in and says, 'There's a rumor that the mayor has been arrested.' For this to be happening was a monstrous local story."

Staff photographers were quickly dispatched to the FBI office at Buzzard's Point to cover the developing story. Two people were left behind.

"Just me and one of the older photographers who had been going through a divorce and had asked for light duty," O'Leary says.

Their editor sent them to Barry's house as backup in case the other photographers missed him.

Shortly after O'Leary and his colleague arrived at his home, an FBI SUV pulled up and four men exited the vehicle. One of the individuals was Mayor Marion Barry.

O'Leary raised his camera to take a picture, but an FBI agent got in his way and started to push him back. But then a competitor for Channel 4 News started running up, shouting questions at the mayor. The agent turned toward the commotion.

"At that instant, I get off this one picture — BAM! — with a punch flash, direct strobe, hideous in the middle of the night," he says.

O'Leary rushed back to the office and developed the photo in the darkroom.

"I finally start to unwheel it from the spool, hold it up to a light box, and there it is. It's clear, it's sharp, it's properly exposed, and it's the mayor," he says.

It was the lead picture in the Jan. 19 issue of The Washington Post.