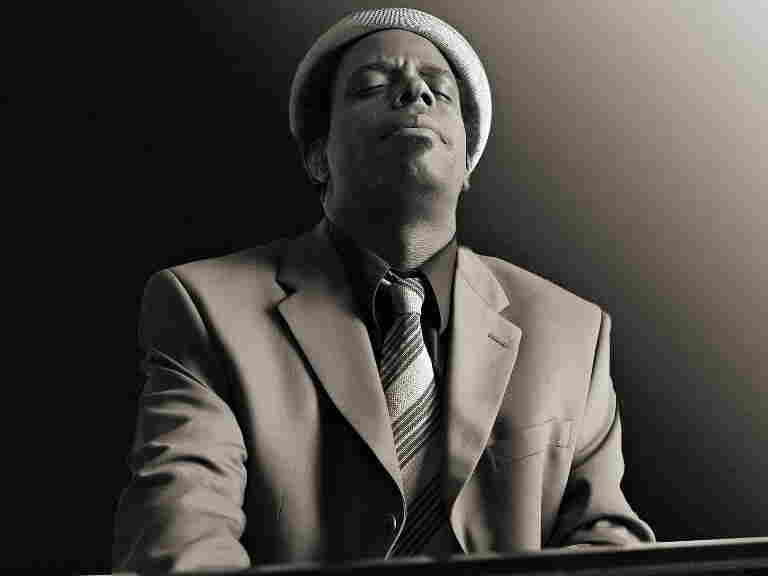 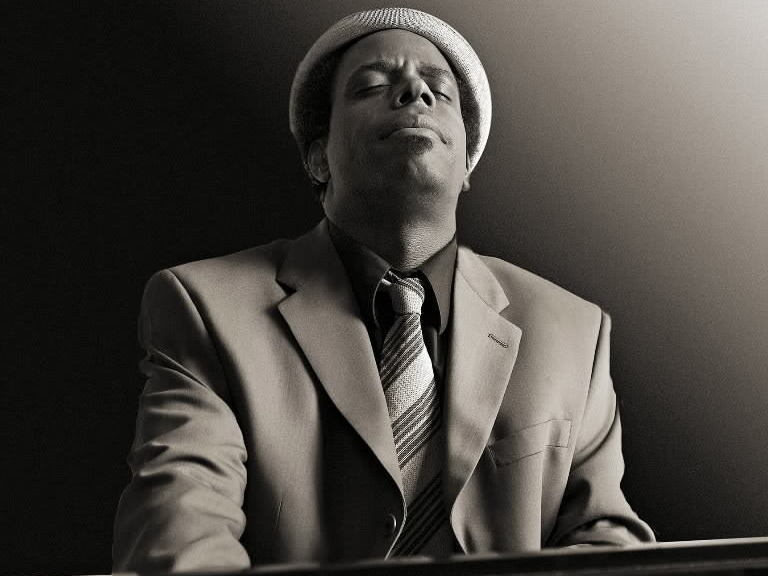 For someone who came to piano rather late, at 17, Lafayette Gilchrist has dug deep into its history. He loves the old piano professors who'd pack the punch of a dance band into two hands at the keyboard. Players like Eubie Blake, James P. Johnson and Willie "The Lion" Smith could keep going for hours without exhausting their folkloric materials. If there's one thing Lafayette Gilchrist loves, it's feeding a groove like that, as on his new solo album The View From Here.

Despite his old-timey tremolos and thundering bass figures, Gilchrist doesn't really sound like the old masters; something different is going on in his timing and pile-driving left hand. He lives in Baltimore but grew up in D.C., knee-deep in the city's go-go music and hip-hop, and he also leads a loud, horn-intensive funk band, the New Volcanoes. Go-go dance beats inform his piano the same way freight-train boogie-woogie does.

There's something trance-inducing about dance music in general, and in the textured patterns that Lafayette Gilchrist plays at the keyboard. His two-handed piano also has techno and minimalism behind it. It's not just about the notes; it's also about the waves in which they come, and the troughs in between.

His tune "D.C. Slick" is partly based on Gilchrist's impressions of Washington while growing up. It reminds me of a Duke Ellington character sketch, inspired by the specific way someone walked down the street: music grounded in everyday particulars. Gilchrist's percussive trancing also connects back to the old West African drum choirs and their dance marathons, so he's tapping into jazz's spiritual, historical and cultural roots. He's an old soul at ease in the modern world.